Planning for the future benefit of Mason City, Martha Jane (Forsythe) Parker left the gift of recreation opportunities for the citizens of Mason City.

Martha Jane and her daughter Mrs. Bella (Parker) Jackson gifted the 13 acres known as Parker's Woods to the City of Mason City in 1939. The land was to remain in its natural state to highlight the natural beauty of trees, shrubs, and wildflowers. The city accepted the gift and entered into discussion with landscape planners to include bridle paths, picnic tables, tennis courts and softball diamonds in the area.

The National Youth Administration built a rustic limestone shelter on the east section of the park from 1939-1941. In 2014, the park was added to the National Register of Historic Places; two reasons included in this designation was the shelter house and the dedication to keeping the natural state as requested by Martha Parker and Bella Jackson.

The park is located in the northwest section of Mason City between Willow Creek and North Jackson Avenue. Just east of the park, the circus would set up their tents when in Mason City. 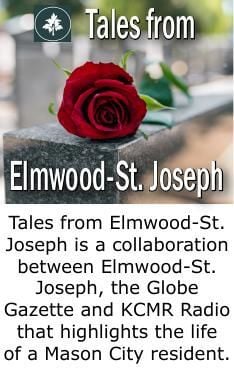 Born in Wisconsin, Martha and her family moved to McGregor, Iowa, when Martha was young. Following graduation from a teachers college in New York she taught in McGregor, where her students included six Ringling brothers who later founded the Ringling Brothers Circus. Martha Jane Forsythe arrived in Mason City in the early 1870s with the intention of continuing her teaching career at Central School here in Mason City. She taught at Central School for six years before her marriage to A.T. Parker.

Following her marriage Martha continued her involvement in education in Mason City as a member of numerous women's educational and social groups. A member of the Congregational Church, Martha taught Sunday School at the church.

How the Omicron variant got its name

How the Omicron variant got its name