Every couple weeks during the summer, U.S. Sen. Chuck Grassley, a longtime Republican incumbent seeking reelection, takes to Twitter standing in front of his New Hartford cornfield and gives an update on the crop’s progress.

The Democratic candidate for the seat, retired admiral Mike Franken, has touted his time growing up on a family farm near Sioux City, standing in front of a cornfield for multiple ads and sporting a blue Navy cap.

In Iowa, the leading producer of corn and pork and second-highest soybean producer in the country, agriculture is an ever-present issue in political campaigns. This year’s U.S. Senate candidates deliver different visions for federal agriculture policies and both are angling themselves as the best representative for Iowa's farmers.

Grassley is one of two crop farmers in the U.S. Senate, along with Democrat John Tester of Montana, which he said gives him a key insight into the needs of farmers. On his home farm, he purchases half the seed and input materials, and his son Robin shoulders the other half.

Franken’s vision of farming, he said, is one where younger people can easily enter the field and smaller farms flourish, where diverse crops are grown on Iowa’s soil, and where farming is done with net zero or negative carbon emissions.

Franken contends that Grassley has presided over the consolidation of the farming industry, as Iowa’s number of farms has fallen and the average size of a farm has increased over the past decades.

“I would advocate for policies that give our farmers the best chance to be standalone viable producers, where their expertise and their human capital involvement and their farming expertise provides them that standard of living that they so much need,” Franken said in an interview.

In a recent ad, Franken said Grassley has passed laws that help large agribusinesses “squeeze out the little guy.”

Franken said the market and industry makes it difficult for people to begin farming as the farming population gets older. It’s also difficult for farmers to start on a small plots of land as the market is designed for large producers, he said.

“The markets are such that there’s not a crop you can begin on a micro-scale that you can make a living on,” Franken said. “So there needs to be something new and [Grassley is] just not a purveyor of bright ideas.”

Grassley said he’s supported policies that help small farmers, including putting a limit on how much farmers can receive from federal subsidies and advocating for cattle transparency bills that he says would allow smaller cattle producers to compete with larger operations.

“I’m the only farmer in this race, so I think that speaks to the fact that I’m in a good place to represent farmers,” Grassley said in an interview.

Grassley boasts endorsements from the Iowa Farm Bureau Federation and the Iowa Corn Growers Association, something his campaign points to to show he has support from farmers.

In a call with reporters this month, former Iowa Farm Bureau President Craig Hill said Grassley has been a frequent advocate of agriculture throughout his career, including pushing for increased research, renewable fuels, and trade.

Hill said Grassley has pushed policies that help small-scale farmers, including some that aren’t in line with the national Farm Bureau, like caps on federal payments to large-scale farmers.

‘He always is seeking a limit on the payments that go to farmers to protect the small farmer and not help the largest operator be more competitive,” Hill said.

Grassley has pursued bills with the goal of improving transparency in the cattle industry. One bill would require a certain percentage of cattle to be bought on more open markets, while another proposes the creation of a special investigator into competition among meatpackers.

“The big four meatpackers have a cozy relationship with the big feedlots of Texas and Kansas, and it squeezes out the independent producer in Iowa, Nebraska, Minnesota from getting a fair market,” Grassley said.

As the USDA puts a spotlight and funding behind climate-smart commodities in an effort to reduce the greenhouse gasses created by agriculture, Franken said farmers can be a part of the solution to climate change.

Farmland can be used to set up “solar grazing operations,” he said, where livestock graze on land that also houses solar arrays.

“We've got farmland in this state, and the farmers are the first to say, ‘Yes, that's true,’ that should not be in row crops. They should be in something else,” he said.

Carbon dioxide captured from agriculture-related operations can also be used for local manufacturing of things like aircraft fuel, he said, rather than being shipped out of state and underground.

“I want a pure, fabulous future for farming, and I foresee an opportunity where Iowa can be the first state in the nation that's a net carbon negative, farmers are hand in glove with the environmental concerns of the future,” he said.

Grassley has pitched ethanol as one way to lower carbon emissions while bolstering Iowa’s corn industry and creating jobs for rural Iowa. He has supported the Renewable Fuel Standard, which requires oil refineries to blend a certain percentage of renewable fuels into gasoline.

The environmental impact of ethanol is debated, but a study from early this year found that ethanol likely creates more carbon emissions than gasoline when factoring in the land used to grow corn and other factors. The Renewable Fuels Association said the study was flawed and the study’s authors “precariously string together a series of worst-case assumptions.”

Grassley said he was the “number one person recognized by the ethanol industry … as an advocate for the 46,000 jobs we have in Iowa in biofuels and what that does for the corn and soybean prices, to keep them strong.”

Grassley and Franken will have their first debate next Thursday, Oct. 6, on Iowa PBS at 7 p.m. The general election for state and federal offices is on Nov. 8, and early voting begins Oct. 19.

Cerro Gordo County is teaming up with Mason City and Clear Lake to create a new North Iowa Corridor comprehensive plan, and they want public input.

The Cerro Gordo County Board of Supervisors on Tuesday unanimously passed amendments to the ordinance governing ATV and UTV use.

Though Rep. Feenstra had two competitors in his re-election bid for the Fourth Congressional District, the first-term incumbent didn't seem to have a whole lot to sweat.

Flu cases skyrocket ahead of the holidays

Flu cases skyrocket ahead of the holidays 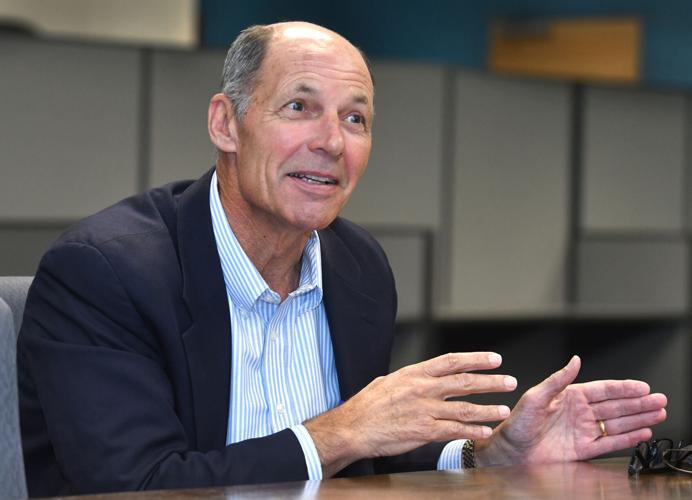 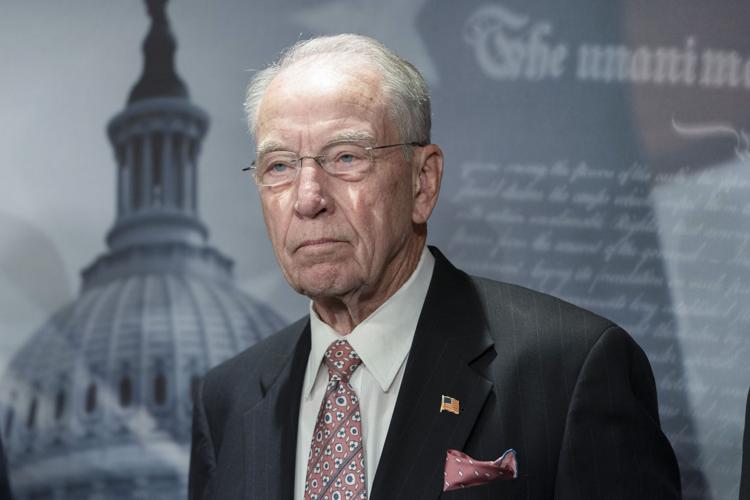