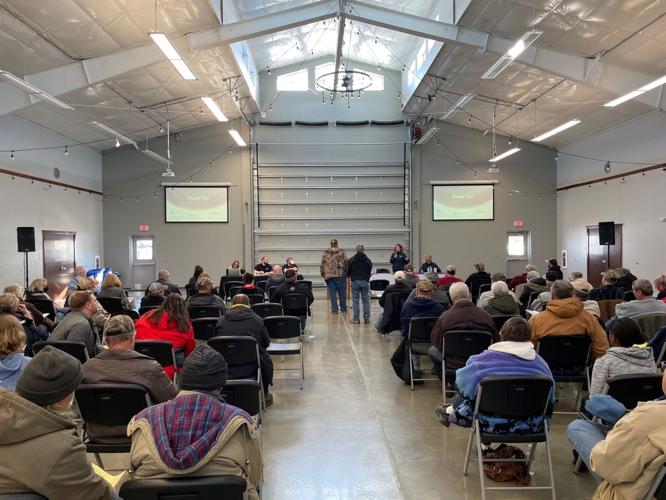 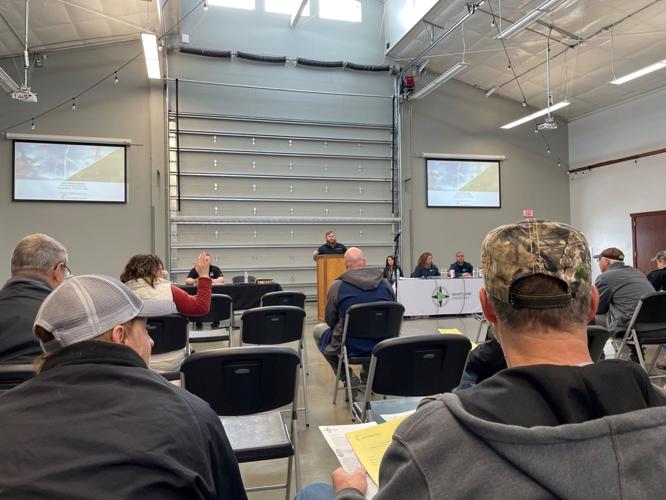 The Navigator CO2 Ventures pipeline is projected to span 1,300 miles, nearly 14 of which would run through Floyd County. 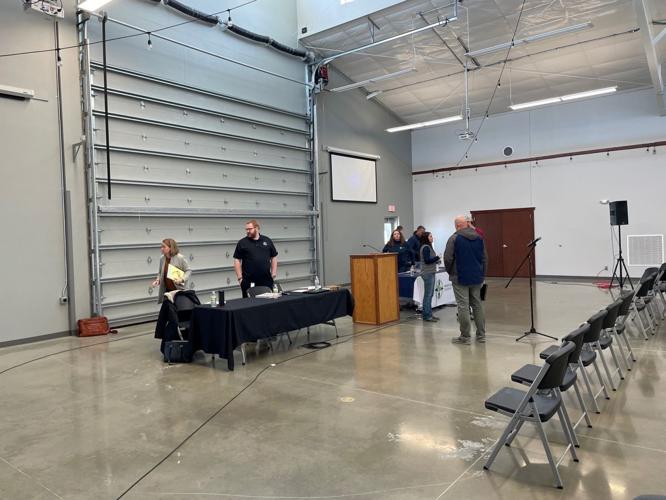 Carbon capture pipelines have been a hot topic in North Iowa over the last year, and one of the projects is making progress towards its next phase.

The Navigator CO2 Ventures pipeline, the Heartland Greenway, is projected to span 1,300 miles. An estimated 900 miles of it will run through Iowa, passing through parts of Franklin, Butler and Floyd counties.

A proposed 13.99 would run through Floyd County.

Meeting participants spent over two hours asking questions to both Navigator and the Iowa Utilities Board, with several concerns being raised.

One of the biggest concerns related to safety issues of the pipeline.

"It's not going in your backyard, it's going in my backyard," one attendee said to Navigator's spokespeople.

Stephen Lee, the executive vice president of engineering for Navigator, responded to the several inquiries over the safety of the Heartland Greenway, pointing to the fact there will be several safety mechanics in place to ensure the pipeline is run safely across the entire 1,300 miles of the project.

Some of the mechanics mentioned by Lee include the ability to remotely shut down sections of the pipeline if there are issues, 24/7 remote monitoring and close communication with local emergency responders so they know what to do in case the need arises.

Another focal point of concern for attendees was the use of eminent  domain.

Navigator CO2 could be granted the right of eminent domain as a private business and not a government entity. That decision would come from the IUB, which is given that authority under Iowa Code.

The IUB’s statutes allow the board to grant the power of eminent domain to any “person” who successfully applies for a generating plant certificate, electric-line franchise, or pipeline permit, according to the IUB's website. The person does not have to be a public utility, as defined by law, but the project must serve a public purpose.

Concerns were raised by residents both not wanting the pipeline to be built through their land, and over the fair negotiation of easement prices on land in the event eminent domain were to be invoked.

Elizabeth Burns-Thompson, vice president of government and public affairs for Navigator, tried to calm concerns over eminent domain by assuring impacted landowners that they want to do the pipeline through as many voluntary easements as possible.

"We want this to be a collaborative process," Burns-Thompson said.

However, when pressed by another attendee to answer "yes or no" on whether Navigator was still considering the use of eminent domain on the project, Monica Howard, Navigator Heartland Greenway's senior director, responded with, "yes."

Navigator's spokespeople went on to highlight the positives of the project, both environmentally, and for Iowans as a whole.

Burns-Thompson claimed that facilities, of which she estimates around 20 to be partnered with the Heartland Greenway, are expected to reduce their carbon emissions by approximately 30%.

She also claimed that the 15 million metric tons of carbon the pipeline is hoping to move annually equates to the emissions produced by 3.2 million vehicles driven or the produced by 1.8 million homes each year.

Navigator also said that it will bring $1.6 billion in investments to the state of Iowa.

Everything you need to know about the two carbon dioxide capture pipelines proposed to be built partially in North Iowa.

At the end of the meeting, the IUB stated that Navigator could begin seeking easements in Floyd County, which the company was unable to do until completing the public information meeting in the county.

Navigator is slated to hold its final required public information meeting in Butler County at 6 p.m. Monday, after which, the company will be able to negotiate easements with all impacted landowners in Iowa.

Navigator hopes to file for the pipeline permit later this year and to begin construction on the project in 2024, with the pipeline beginning a phased startup in 2025.

Concern on the rise over carbon capture pipelines in North Iowa

Editor's note: This story has been updated to clarify the correct year in which Bruce Rastetter, CEO of Summit Agricultural Group, spoke on th…

San Francisco will allow police to deploy robots that kill

San Francisco will allow police to deploy robots that kill

Two militia leaders guilty of sedition in US Capitol assault

Two militia leaders guilty of sedition in US Capitol assault

The Navigator CO2 Ventures pipeline is projected to span 1,300 miles, nearly 14 of which would run through Floyd County. 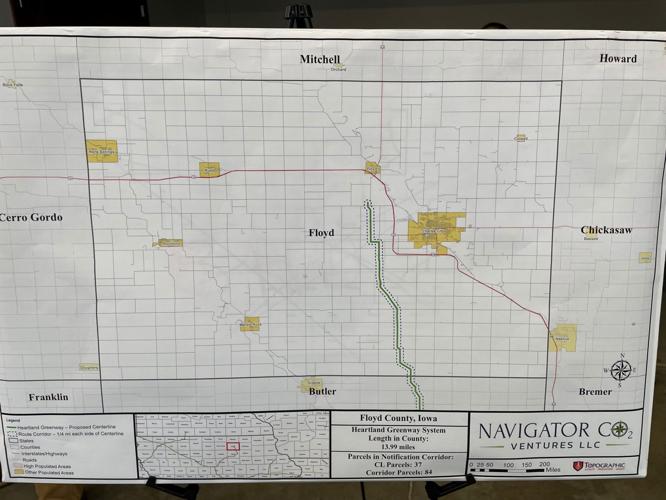 The area in which the Heartland Greenway Pipeline is projected to go in Floyd County.