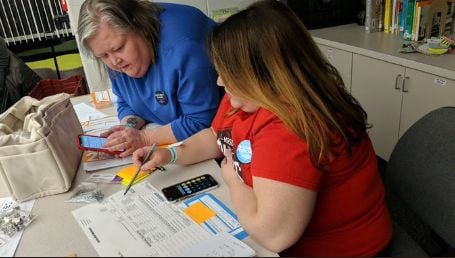 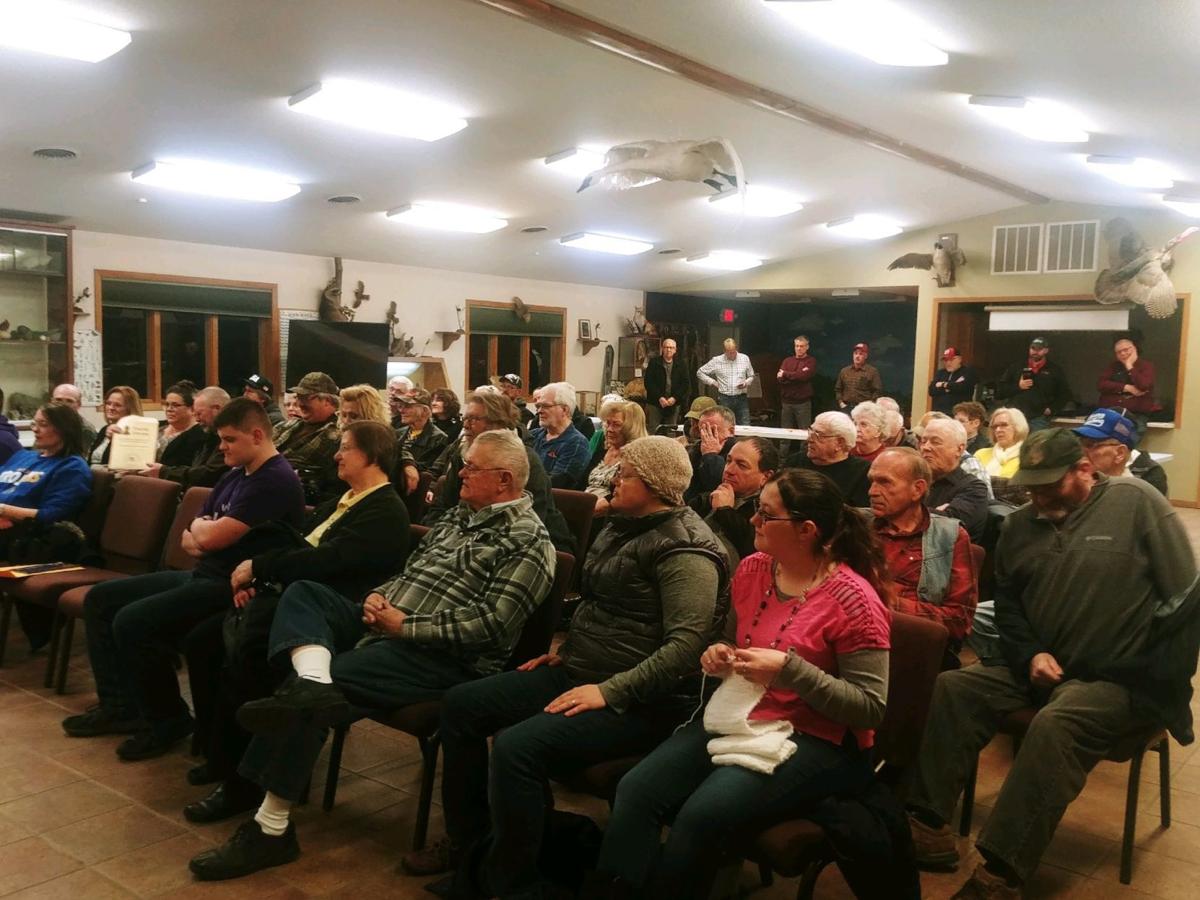 From Mary Pieper in Osage: It was standing room only in the Rebublican caucus room at the Milton Owen Nature Center near Osage. 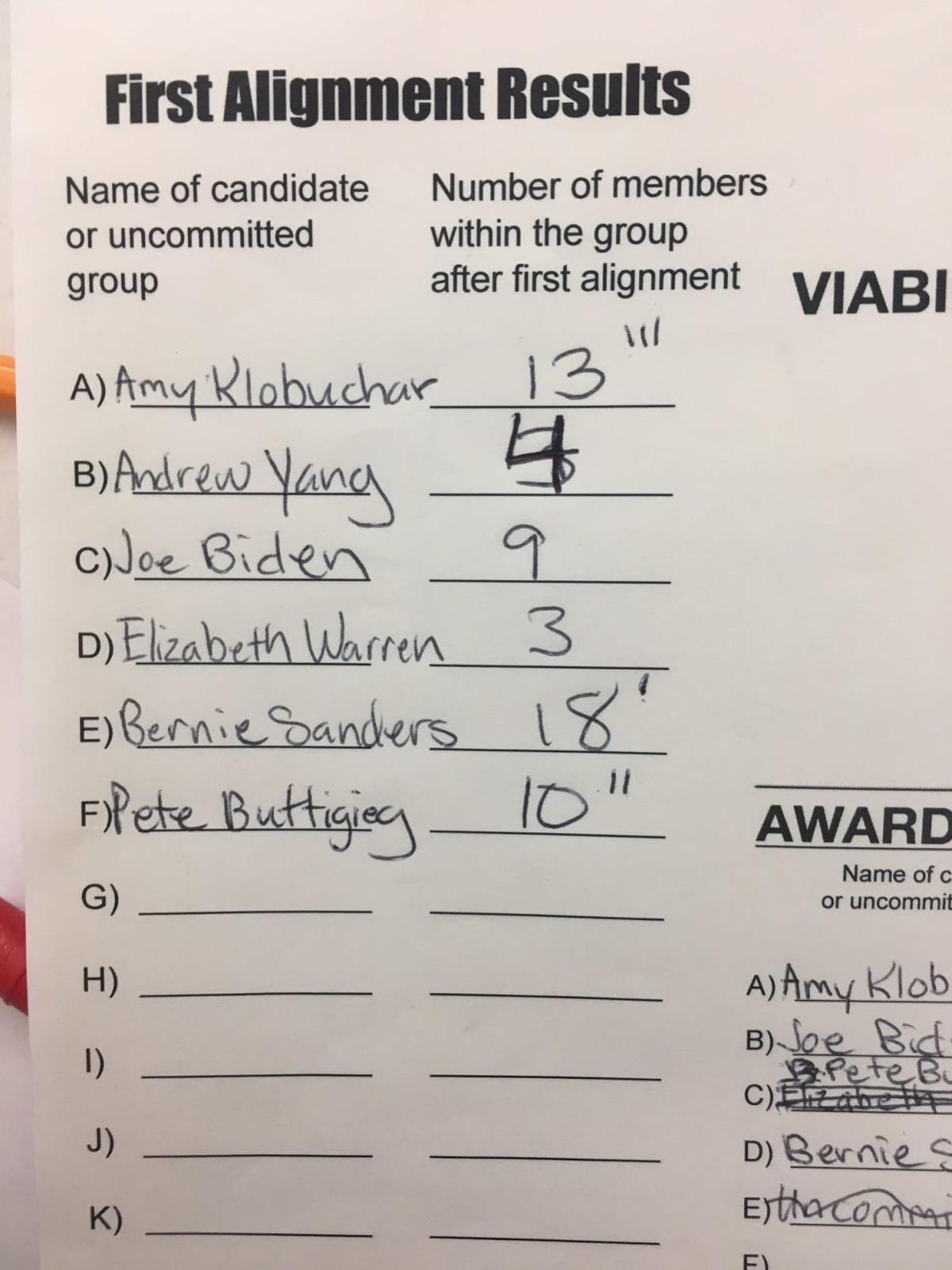 In Ward 4, Precinct 2, in Mason City, the first alignment result. 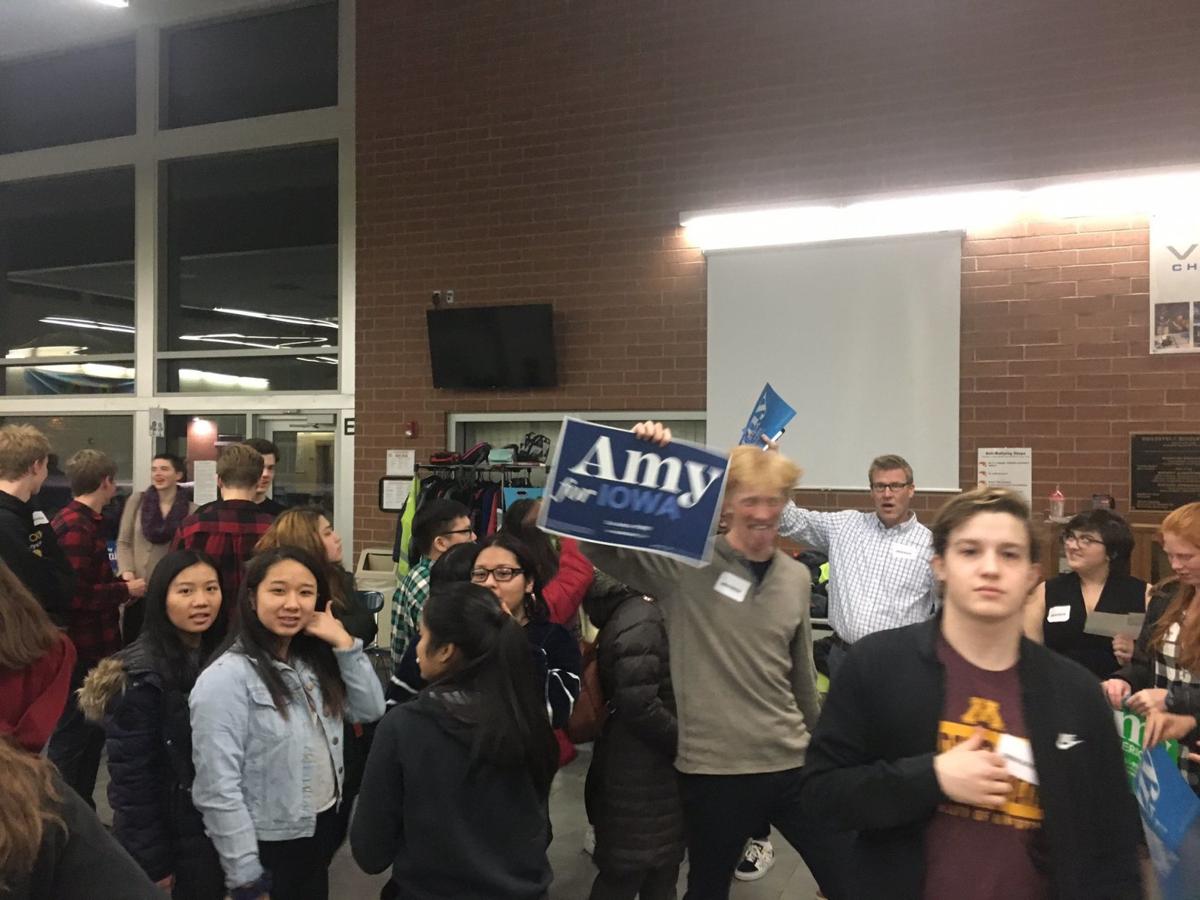 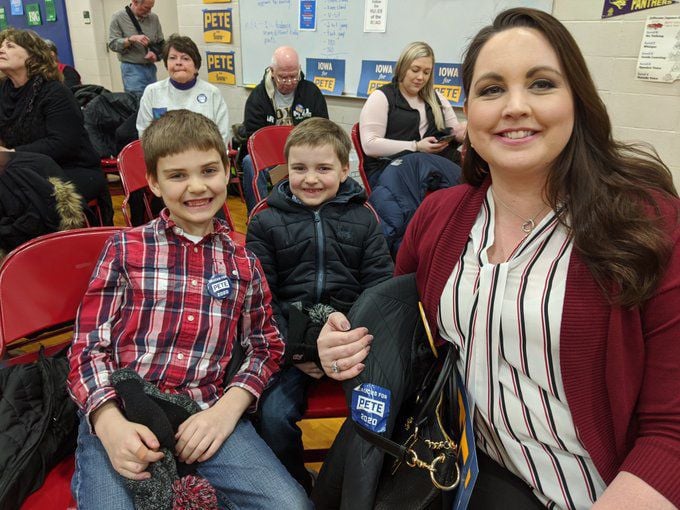 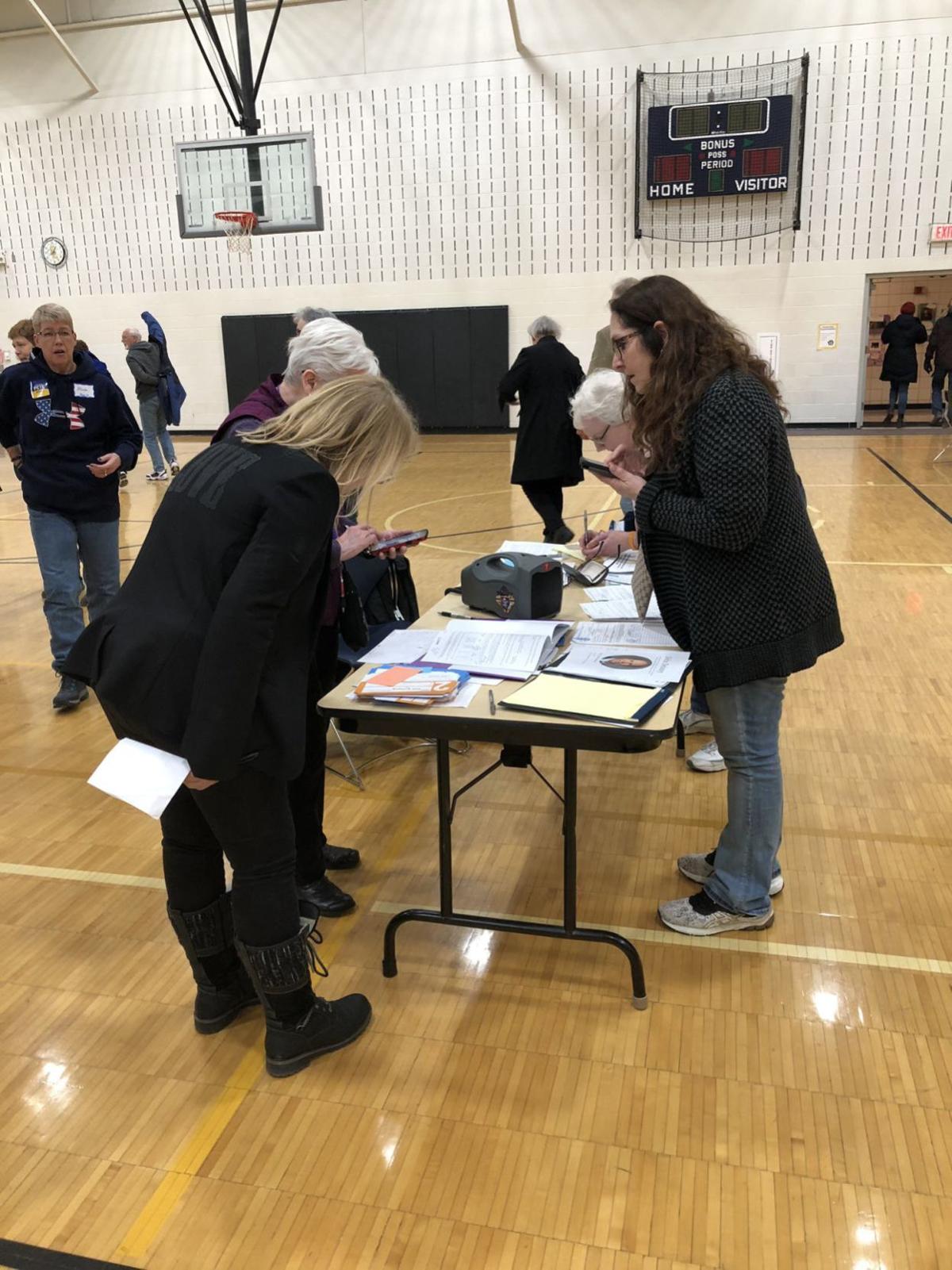 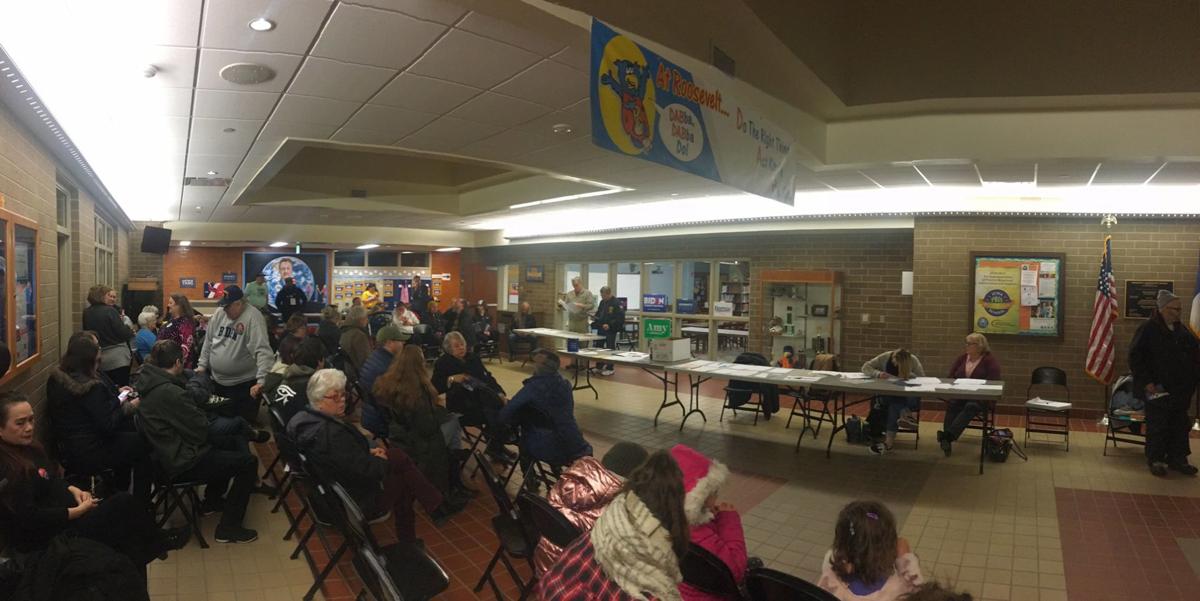 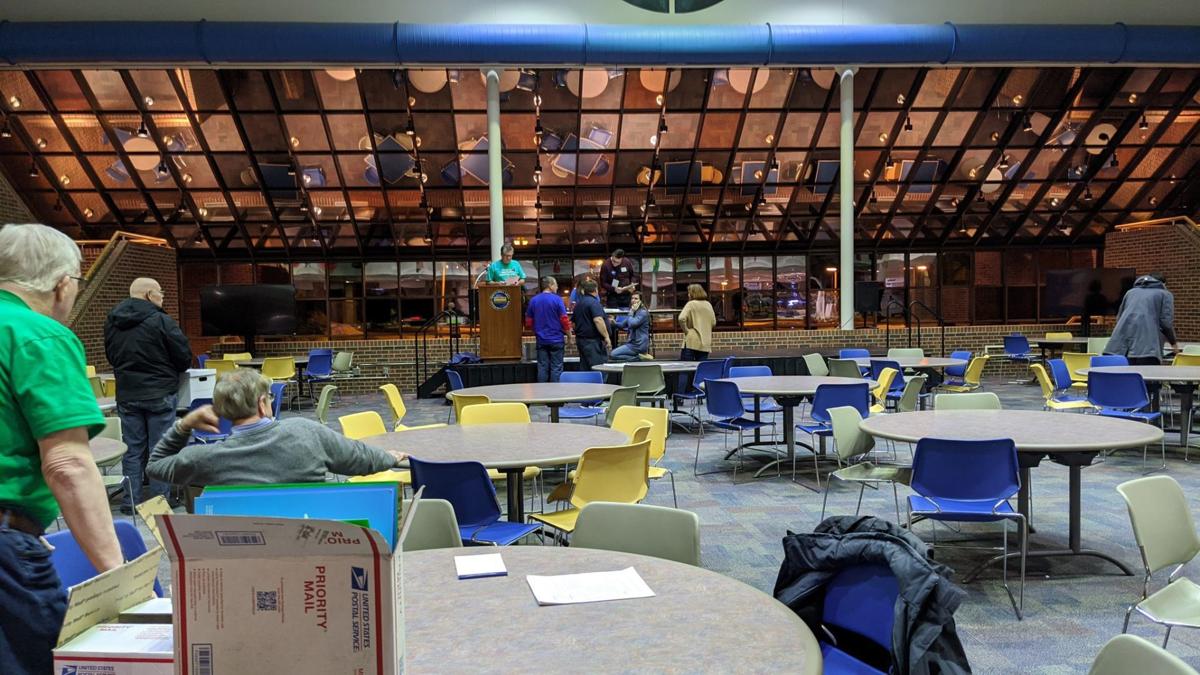 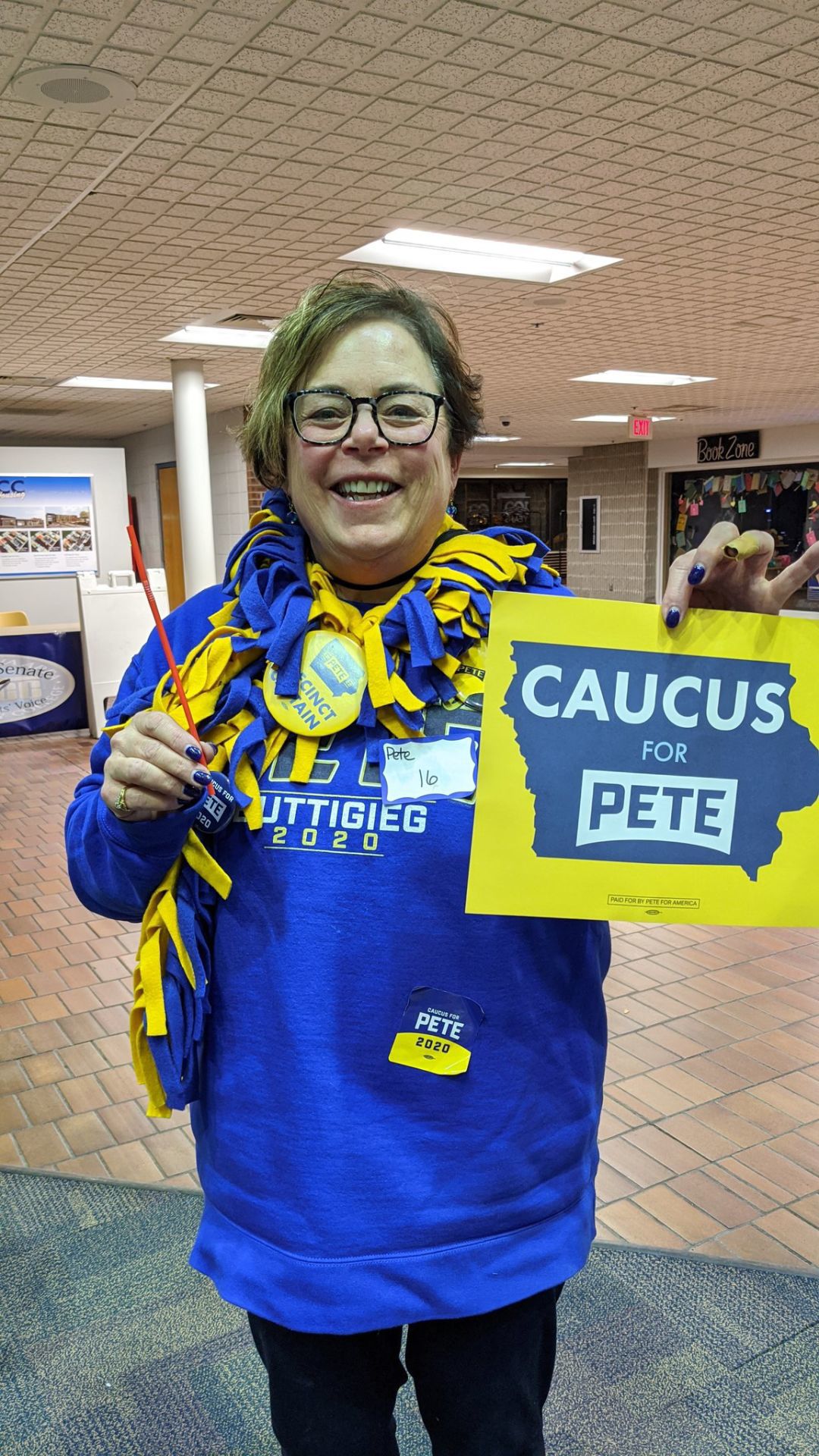 Those appear to be the primary issues, according to interviews with precinct leaders across the state, that caused the reporting of results from Iowa Democrats’ first-in-the-nation caucuses to fail so spectacularly Monday night.

Leaders from some of the state’s roughly 1,700 precincts said Tuesday they had trouble downloading the app in the first place, while others had issues entering data into the app.

Then, when those precinct leaders tried instead to call the results into the state party, the phone lines were so busy that they spent up to multiple hours on hold.

At least one precinct leader said he gave up trying to call in the results, and instead watched the drama unfold on TV.

Cerro Gordo County Caucus chair Kris Urdahl said she heard mostly good things back from her precinct captains, who seemed confident in what they were supposed to do.

But there were also those who could not use the app and opted to call in.

"If they called in early, they got done early," Urdahl said. "Some of them just waited to be called back, so some of them got called back at 1 a.m."

Urdahl said there wasn't time to practice with the application and that if there had been, it might've been more helpful.

"It would've been nice to have a little more time to get acclimated," she said.

The state party said a coding error caused a reporting error in the new app that was developed just for this year’s caucuses, and that backup systems were taking longer than expected.

The party released its first batch of official results at 4 p.m. Tuesday, roughly 19 hours after most caucuses ended Monday night. And even that information was incomplete, representing only 62 percent of all precincts.

For some precinct leaders, the problems began right from the beginning.

Linda Langston, chair of Cedar Rapids Precinct 25 at the Veterans Memorial Building Armory, wasn’t even able to download the app, perhaps because too many people were trying to access it in the hours before the caucuses, she said.

“If they had sent an email out a week ago telling you to download it more than four days before the caucuses,” it might have worked better, she said. “People thought it would be instantly there.”

Precinct 25 leaders waited on hold for about three hours to report their results by phone around midnight, Langston said.

Thanks to those who participated in the local caucuses: Letter

One precinct leader didn’t bother to try the app in the first place.

Marty O’Boyle, the mayor of Eldrige and a veteran caucus-goer, reported the results from two precincts. O’Boyle said he didn’t bother to use the app; he decided to phone in the results.

O’Boyle said he was waiting on the phone for more than an hour when the line went dead. Rather than call again, he sat around and watched the returns on the news.

He finally received a call in the middle of the night from a party official asking for results. O’Boyle said he reported the numbers and also sent in photos of written tabulations.

Read it yourself: Iowa Democratic Party's statement on caucus reporting

Anne-Marie Taylor, chair of Iowa City Precinct 27 at Iowa City High School, started with the app, entering the total of 875 for the attendance at the event and seeing that the app computed how many supporters were needed for a candidate to reach viability.

“It was really nice,” she said.

But then they put down the phone to execute the first alignment.

“When we picked it up five minutes later, all our information was gone,” Taylor said. “We didn’t even want to trust it because we didn’t want to get anything wrong.”

Taylor reported the results by phone around midnight after being on hold for about an hour. “I’m assuming a lot of the hang-up was getting the numbers to the state.”

No results in Iowa; 'inconsistencies' cited

North Iowans caucus in large numbers, but results are still a question mark

While national TV commentators suggested chaos was reigning in Iowa, in North Iowa, residents calmly, but in large numbers, showed up to caucu…

For Crystal Meier, the Iowa caucus was the culmination of weeks — if not, months — of preparation.

Alternate side parking back in effect in Mason City

Well, that didn't last long. The ordinance will start at 7 p.m. Friday night.

One dam down. Two to go.

From Mary Pieper in Osage: It was standing room only in the Rebublican caucus room at the Milton Owen Nature Center near Osage.

In Ward 4, Precinct 2, in Mason City, the first alignment result.