The developer of the Marriott hotel and event center east of Interstate 35 in Clear Lake has met its first milestone since the city amended how it would receive $1.2 million in economic development incentives.

The Clear Lake City Council unanimously approved bills and claims including $400,000 for JSM Investment LLC, of Johnston, for completing project framing and having the building dried in and drywall started at its meeting earlier this month.

“The city is very pleased with the progress HCI has made on the building to-date,” said Scott Flory, Clear Lake city administrator.

The hotel — the city’s first in at least 20 years — was celebrated with a groundbreaking ceremony in late June after the city council approved a development agreement with JSM Investment to build an 85-room Marriott-brand hotel with an attached 8,000-square-foot conference center and event space that accommodates about 450 people.

As part of the original development agreement, the city agreed to offer a not-to-exceed $1.2 million economic development forgivable loan to the developer upon completion of the hotel and event center.

In January, the council approved an amended development agreement with JSM Investment containing an incremental payment schedule of $200,000 for construction milestones, such as framing, drywall, mechanicals, flooring and wall finishes, furniture and certificate of occupancy, to reach over the next eight months.

According to the agreement, JSM Investment will receive another $200,000 if mechanicals are completed by April.

If the developer doesn’t meet the estimated completion date for any of the milestones identified in the amended development agreement, the city will defer the $200,000 payment until certificate of occupancy is issued, the agreement states.

The hotel and event center is scheduled to be completed in August.

“Financing for these kinds of projects almost always requires a public-private partnership — even then, many potential projects remain in limbo for years,” Flory said. “Clear Lake was fortunate enough to have partnered with a quality, bankable developer with a proven track-record of success.”

A construction crew with HCI Hotel Supply, the project’s general contractor, continued working at the hotel site in Courtway Park east of Interstate 35 this week.

The building is positioned on the southern four acres of Lot 4 in the Courtway Park subdivision with one entrance from Bayou Road.

“I do see the Marriott project as a catalyst for further economic development opportunities and anticipate additional projects soon,” he said.

The city of Clear Lake is considering an amendment to its consolidated urban renewal plan that would allow it to provide up to nearly $1.5 million in financial incentives to two new commercial developments.

The council will hold a public hearing to amend its consolidated urban renewal plan for 6 p.m. on Monday, March 15, at the Council Chambers.

Flory anticipates the council will act on letters of intent for the two commercial developments after the public hearing to amend the urban renewal plan.

Tenants of the proposed developments will likely be disclosed in the spring, he said.

The total interest cost associated with the bond is $4,437.

Reynolds uncertain of plans for $1.3B in federal COVID funds for Iowa

Gov. Kim Reynolds has made it abundantly clear she's not happy with the $1.9 trillion pandemic relief bill that passed the U.S. House Saturday.

Battlefield Midwest is back. 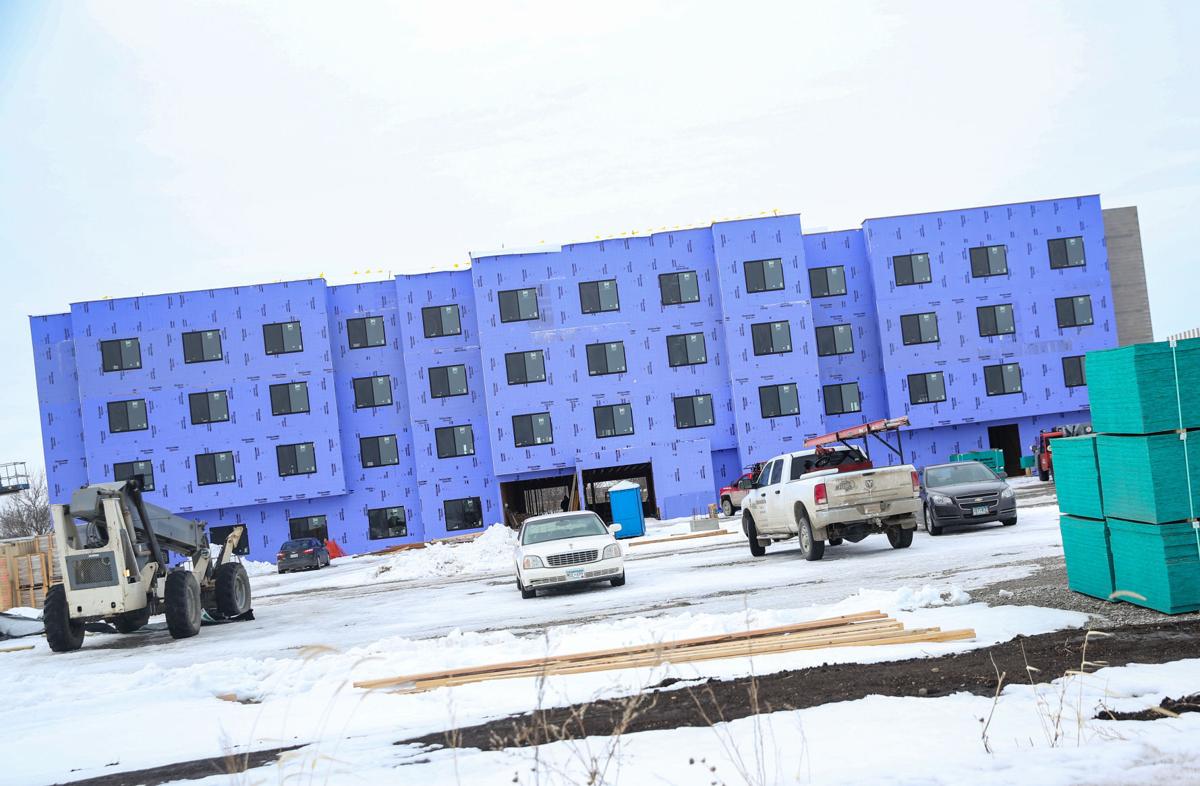 Construction is ongoing at the Marriott-branded hotel in Clear Lake.

Construction is ongoing at the Marriott-branded hotel in Clear Lake.