It’s an exciting time for Clear Lake — and North Iowa.

That sentiment was echoed by several local and regional officials Monday evening during a public hearing related to the $16 million hotel, conference center and restaurant development proposed in the Courtway Park Subdivision east of Interstate 35 in Clear Lake.

“The city’s handled this well and has moved this forward and it’s really an exciting day,” said Chad Schreck, North Iowa Corridor Economic Development Corp. president and CEO. “We’re looking forward to seeing what that can create and what it’ll do to catalyze future growth and economic development opportunities for our community.”

For weeks — if not months — Clear Lake has been working with WillowStream LLC, a developer interested in building a hotel, conference center and restaurant on 5.8 acres in the Courtway Park Subdivision, where Andrews Prestressed Concrete once stood.

On Monday, Clear Lake City Administrator Scott Flory provided the City Council an overview of a draft development agreement with WillowStream LLC that it will vote on at or before its Oct. 21 meeting.

The development agreement will include the construction of a 75-room mid- to upper-midscale hotel, an 8,500-square-foot conference/meeting/event center, and a 5,000-square-foot restaurant in the southwest corner of the Courtway Park Subdivision. It’d employ no less than 25 full-time equivalent jobs.

Construction would begin no later than Nov. 28, after Clear Lake has approved construction plans and received documentation, such as a letter of commitment from a bank or other lending institution, that WillowStream LLC has firm financial commitments to complete the minimum improvements.

“I’ve been working with the developer and am aware they have gotten proposals from lenders and underwriters and are well on their way to securing financial commitments necessary to do the project,” Flory said.

The minimum improvements would be substantially completed by Nov. 1, 2020, the development agreement states.

In August, the City Council approved a letter of intent with WillowStream LLC, enabling the parties to take the necessary steps to formally consider a development agreement.

The letter of intent was signed by Lorri Hall, Todd Hall and David Harchanko, president of Apollo Development LLC based in Monticello, Minnesota, on Aug. 2 on behalf of WillowStream LLC.

Apollo Development was involved in the construction of the AmericInn Hotel & Suites in Osage in 2012, according to its online portfolio.

Flory has said the developer has experience, bankability and a positive track record.

Flory’s review of the draft development agreement came after the City Council held a public hearing related to funding the future project. 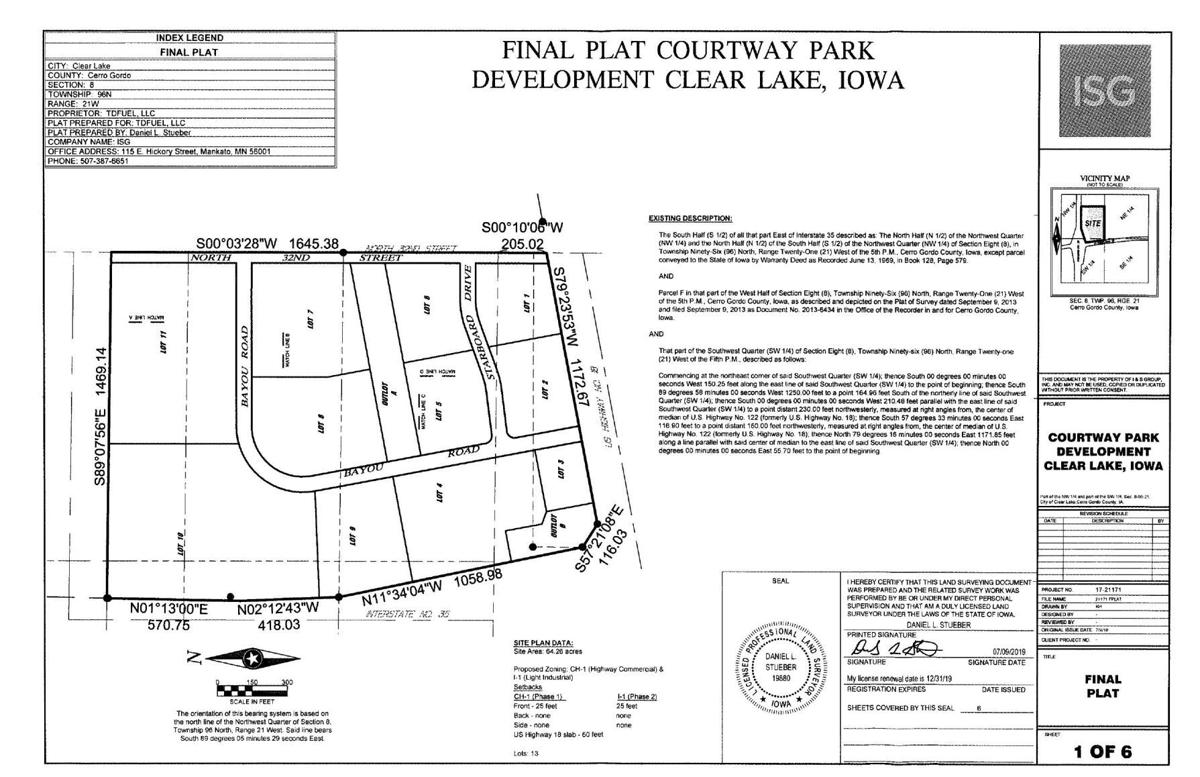 During the public hearing, area officials praised the city for its foresight and expressed optimism about the project’s influence on North Iowa and what they hope is subsequent growth.

“It’s a bold move on the part of the Clear Lake Council and city to spur this development because I think it’s beneficial for all of North Iowa, not just the city and the entry into here,” said Bob Klocke, a North Iowa Corridor Economic Development Corp. Board director.

“I think it’s going to be good for Clear Lake,” he said.

Nearly 20 individuals, including the Halls, attended the City Council meeting.

Under the development agreement, Clear Lake would offer the WillowStream LLC a not-to-exceed $4 million economic development loan that’d be forgivable after 12 years once the project is completed.

“We’ve talked about that pretty extensively, that essentially this project really pretty well stands on its own,” Flory said.

The city would pay for the loan with revenue from new property and sales tax generated by the development as well as other future developments in the subdivision, current and future tax increment financing and its consolidated urban renewal area.

“If we could have a crystal ball, and we were able to look out however many years we wanted to I think we’re going to find a really, really exciting time,” said Jim Boehnke, Clear Lake city councilman. “I think it’s really good for North Iowa.”

It’s been more than a month since the city of Clear Lake has publicly discussed details related to the hotel, restaurant and conference center…

The city of Clear Lake is hoping a full-service investment-banking firm will help it secure the highest credit rating.

For at least seven months, Clear Lake City Administrator Scott Flory has been working to secure an economic development opportunity east of In…

No criminal charges are being filed over a video made by two students at Mason City Community Schools containing racist remarks.

Clear Lake Bank & Trust has been awarded a 2019 Top Workplaces honor by The Des Moines Register for the ninth consecutive year. The bank i…

Mayor: Clear Lake is prepared for economic development along Interstate 35

The city of Clear Lake is setting the stage for what it hopes is the most significant development along Interstate 35 between Owatonna, Minnes…

A multibillion-dollar trucking company is interested in building a facility in Clear Lake.

Clear Lake is backing its neighbor’s bid to host RAGBRAI next year.

Clear Lake is moving forward with the first phase of its City Beach enhancement project.

'The future is bright:' Grandstay, BBQ joint in Clear Lake's $16M development off I-35 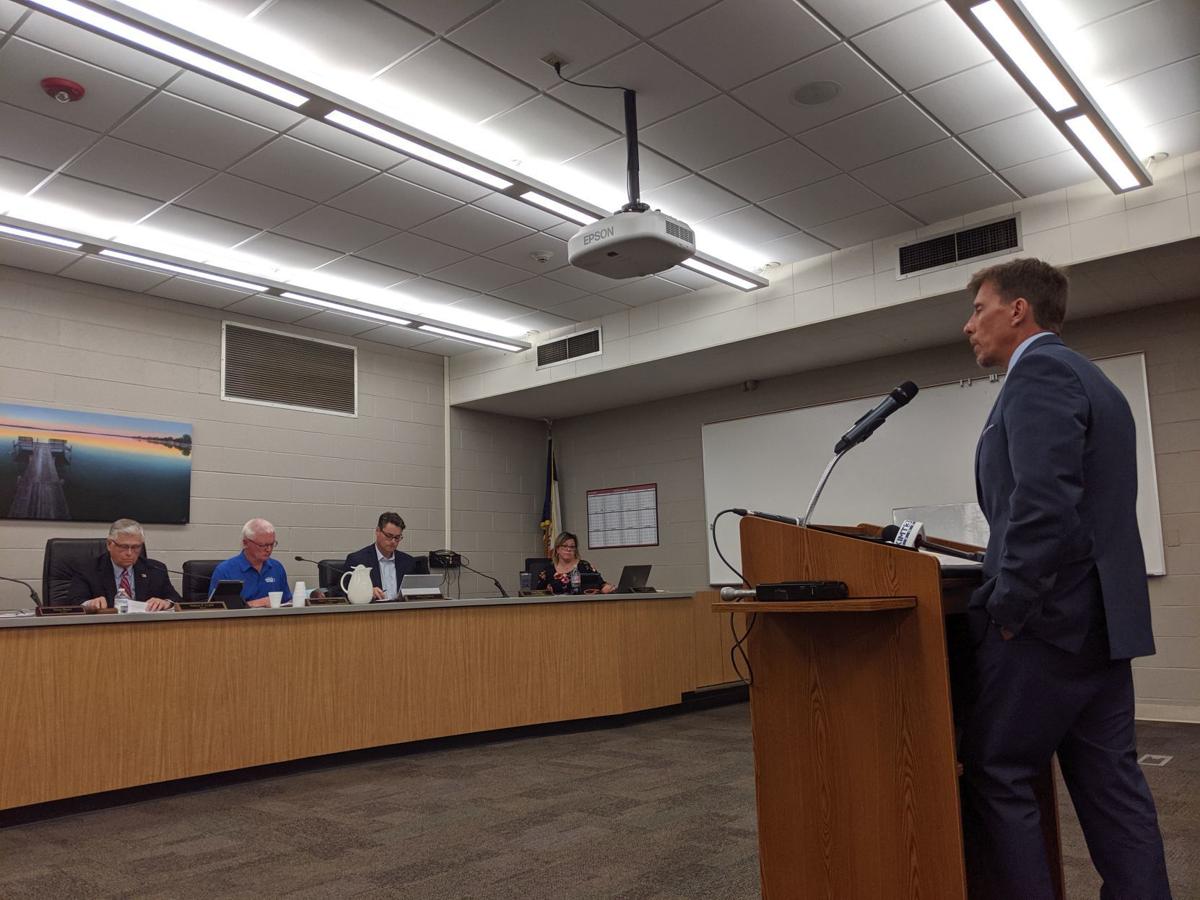 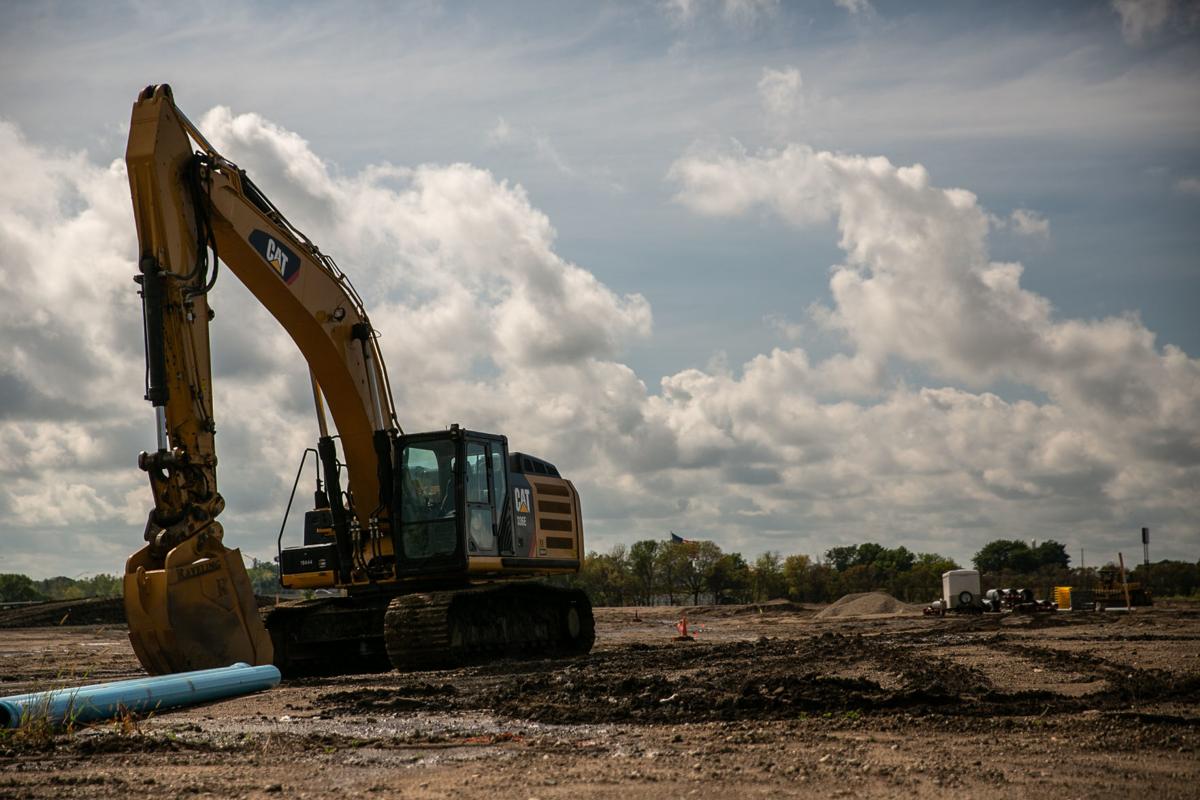 The Courtway Park Development Subdivision site in Clear Lake is seen in September. 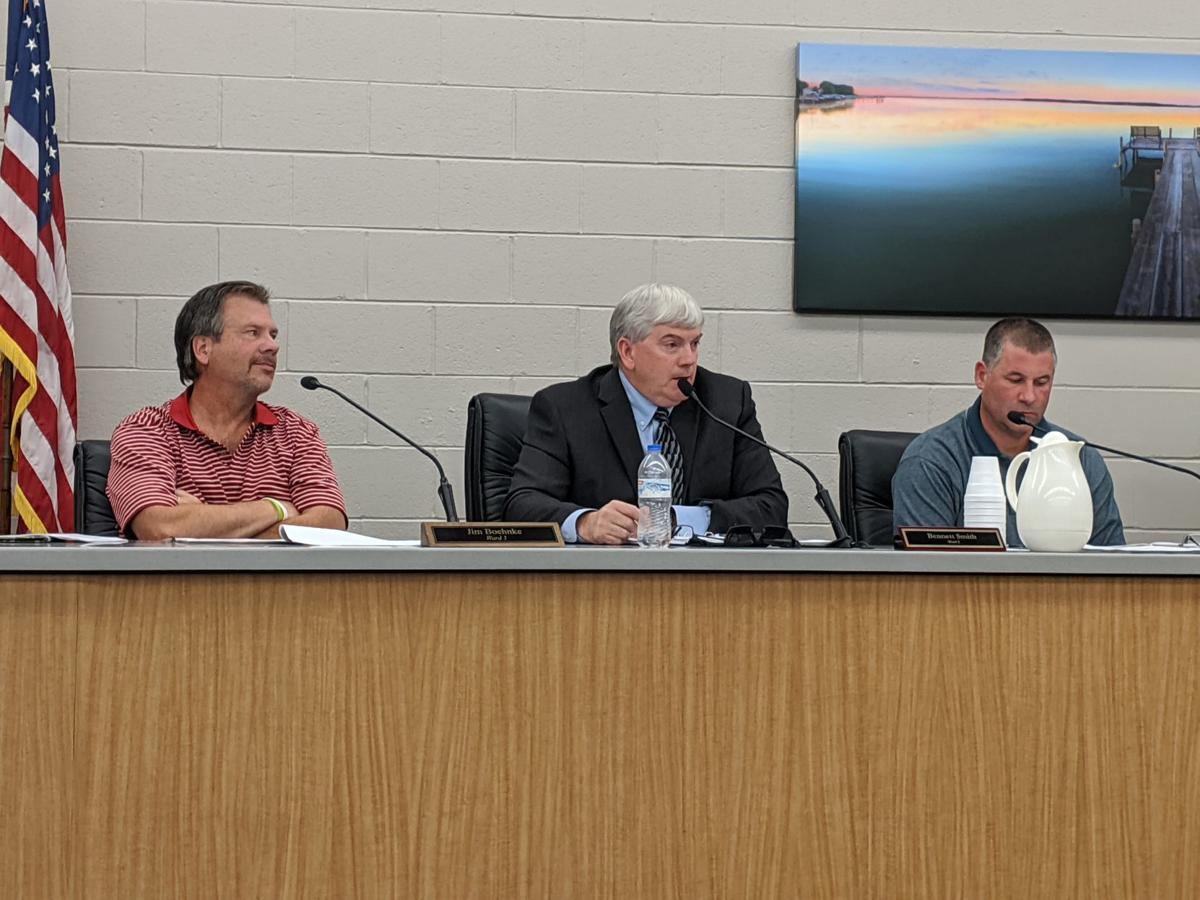