The city of Clear Lake is moving forward with its future library expansion project before it has closed on the former Woodford Lumber & Home Co. building.

The Clear Lake City Council, in a 3-2 vote, with Mike Callanan and Gary Hugi opposed, approved a design partnership agreement with Bergland + Cram, of Mason City, to help the city envision a path forward for the project, including cost, scope and timeline, at its meeting Monday evening.

“I’m not at all opposed to the concept here,” Callanan said. “In fact, if this had hit our desk a year from now, I would’ve been all on board, but I just can’t see the urgency to get all this planning done in such a big hurry … We’re dealing with a variety of things right now that have a lot of ambiguity in terms of what we’re going to have to contribute in moving those forward, like the wellness center.

“Right now, I just feel we’re kind of rushing into this and maybe getting the cart a little ahead of the horse.”

The vote came more than a month after the council unanimously approved a resolution to purchase and acquire the former Woodford Lumber at 210 N. Fourth St. from Clear Lake Independent Telephone Co., successor of Woodford Wheeler Lumber Co., for $343,000 on Jan. 18.

According to the offer document, the closing was to take place on or prior to March 1, but on Monday, Clear Lake City Administrator Scott Flory told the council that the city hadn’t taken possession of the property yet.

“We don’t own it yet, so we still have a ways to go here, but we anticipate maybe closing about the middle of the month,” he said.

The property, which is owned by Tom and Jan Lovell, of Clear Lake, is slated to be the future site of the city’s library expansion.

Kristy King with Bergland + Cram, of Mason City, reviews a design partnership agreement for the future library expansion project with the Clea…

According to the agreement, the city will pay a lump sum $18,000 for visioning, conceptual design and budgeting of the future project.

The end goal for the agreement is to facilitate an inclusive process to design a community asset that will serve Clear Lake for generations to come and honor the Woodford legacy.

The agreement states the community engagement and the conceptual design phase will span six to seven months with a target to include the project on the November 2021 ballot, if necessary.

Flory said the library expansion project would be considered general corporate purpose, like the recreation and wellness center, and it would require a public referendum if the city wanted to spend more than $700,000 on it.

The city of Clear Lake would have to notify the county auditor by mid-September if it intended to have a ballot measure for the project.

“We’ll have to see how things go and how things progress, maybe we’ll be ready, maybe we won’t,” he said. “It’s impossible to know at this moment.”

King said a passed referendum for the project would start the next phase of the project, which includes future construction documents, specifications and site observation, if the council chose to proceed.

Bergland + Cram is currently working with the city of Forest City to convert a former supermarket into a public library that can serve as “a community hub” with multiple resources.

Although Hugi said he’s for a future library expansion project five to 10 years out, he expressed frustration about its expedited nature.

“We have a lot on our plate coming up in the next few years, and I agree with Mike, the cart's got ahead of the horse here. In fact, the horse is way out in the pasture right now as far as I’m concerned. We don’t even own the property,” he said. “I think we’re moving a little too fast here to be honest with you.”

Councilman Dana Brant said he agrees that the timeline for the library expansion project seems a little hurried but knows it won’t happen overnight and is excited to envision the property’s possibilities with the community.

“I think it sets the stage for something we can all be proud of and to have as much public input as possible is beneficial,” Ebeling said.

Mayor Nelson Crabb said there are a lot of unknowns when it comes to the project, but that’s why the city plans to engage with the community to find out what they are and determine a solution that serves all its residents.

The council unanimously approved — with no discussion — a similar design partnership agreement with Bergland + Cram for conceptual design and budgeting of its park expansion project costing a lump sum of $9,750.

The city approved a resolution to purchase and acquire the Cerro Gordo County Maintenance Garage at 109 S. 15th St. for $250,000 for the project.

According to the offer document, the closing will take place no later than 20 days after the Cerro Gordo County Engineering and Secondary Roads Department moves to its new location at 17274 Lark Ave. in Mason City, near the county law enforcement center, sometime this spring.

The property, which is adjacent to the Clear Lake Aquatic Center, will be the future site of the city’s inclusive playground, splash pad and other supporting park amenities.

“It’s a very exciting project, so I’m happy we’re able to do something like this,” Flory said. “I thank the county for working with us to be able to bring a project like this to our community. It’s going to be a great amenity, I think, for not only for the city of Clear Lake but for Cerro Gordo County.

“There’s not another one of these parks in a pretty sizeable radius, so I think it’s a great opportunity for us, and I think Bergland + Cram will do a really good job for us on it.”

The city has been exploring the acquisition of the two properties since at least November.

Earlier this year, Clear Lake awarded its seven-year $600,000 bond for land acquisition to Manufacturer’s Bank & Trust, or MBT Bank, for an interest rate of 0.42% earlier this year.

The city currently has four bonds privately placed with interest rates below 1%, including those for the recreation and wellness center, Marriott hotel and event center and McKesson Corp. refunding.

Smith said the low interest rate climate, as well as the city’s strong financial position, makes now “an opportune time” to move forward with a project like the library expansion.

“It creates a tremendous opportunity and flexibility going forward for projects like this,” he said. “I think it’ll be a great project for our community.”

The council unanimously approved a proposal from Bergo Environmental, of Mason City, to remove asbestos at the former Woodford Lumber property for $4,750. The firm surveyed the property for asbestos in February for $1,450 and found a “very minimal” presence, said Mike Ritter, city building official.

The city of Clear Lake is considering the purchase of two properties for future park and library expansion projects.

CG Public Health Director Brian Hanft confirmed on Wednesday that about 900 doses of the newly approved vaccine will go out this weekend. 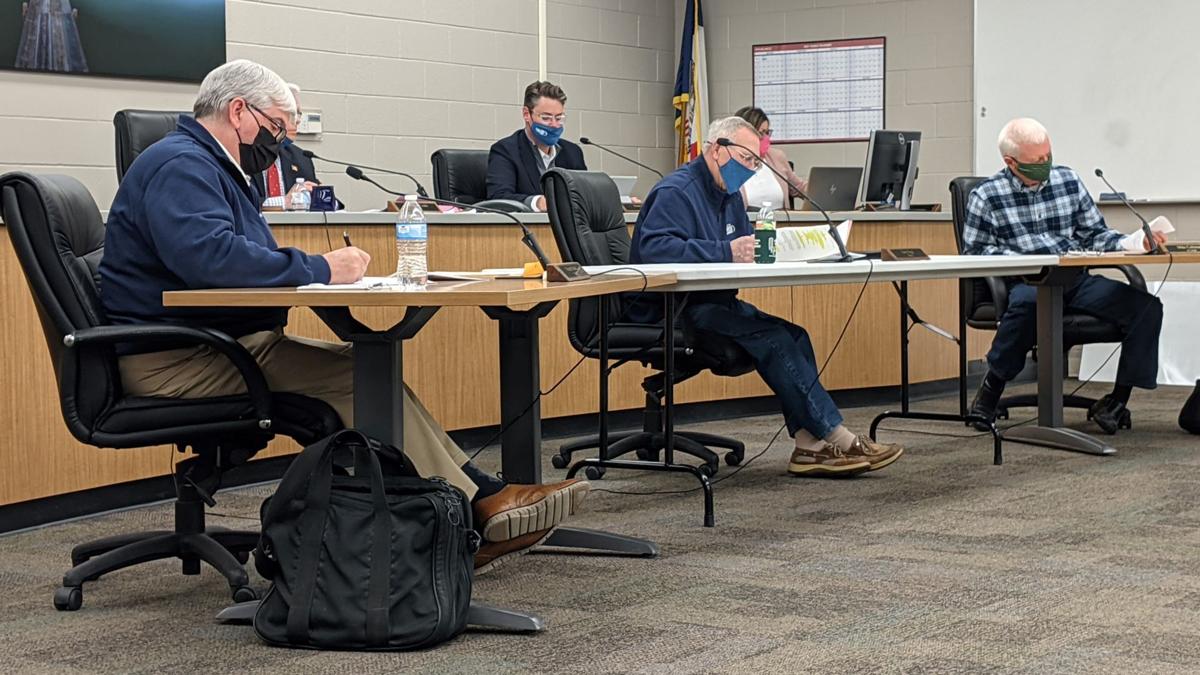 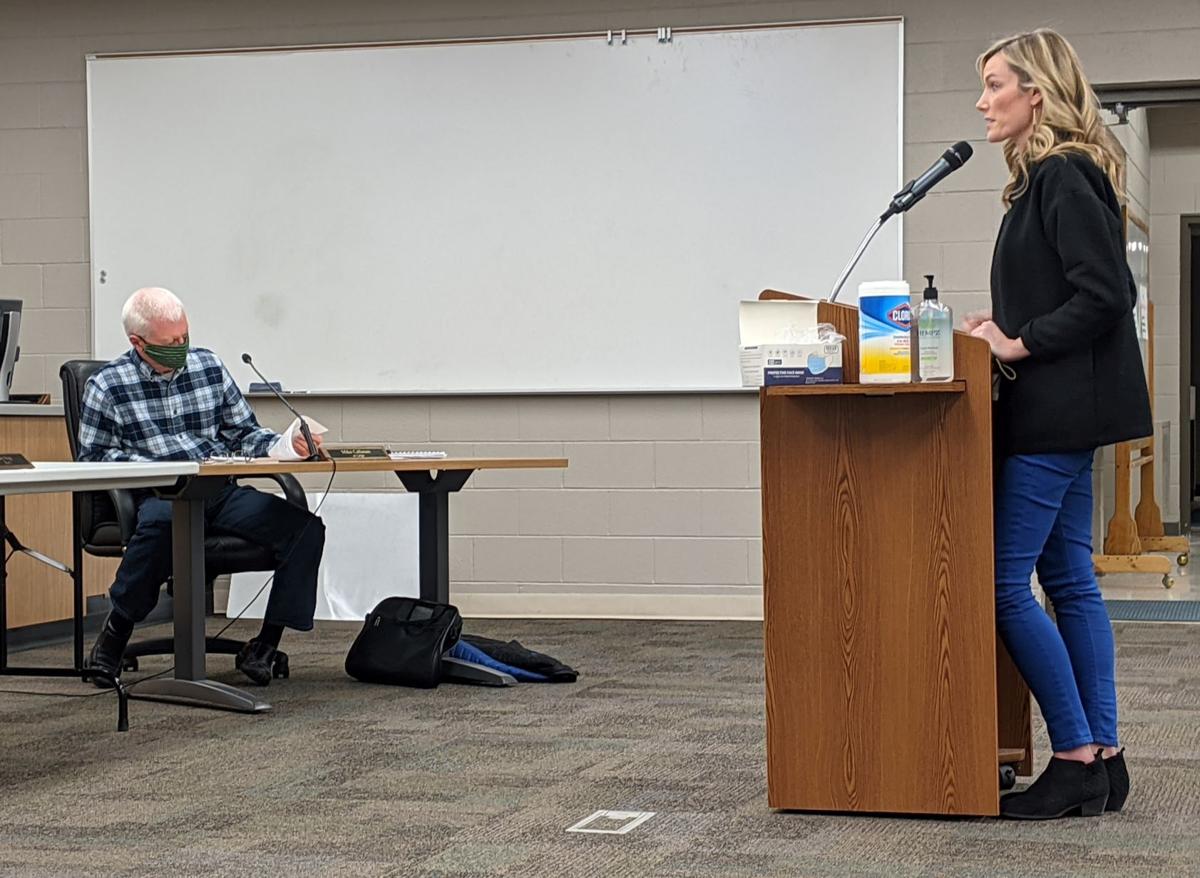 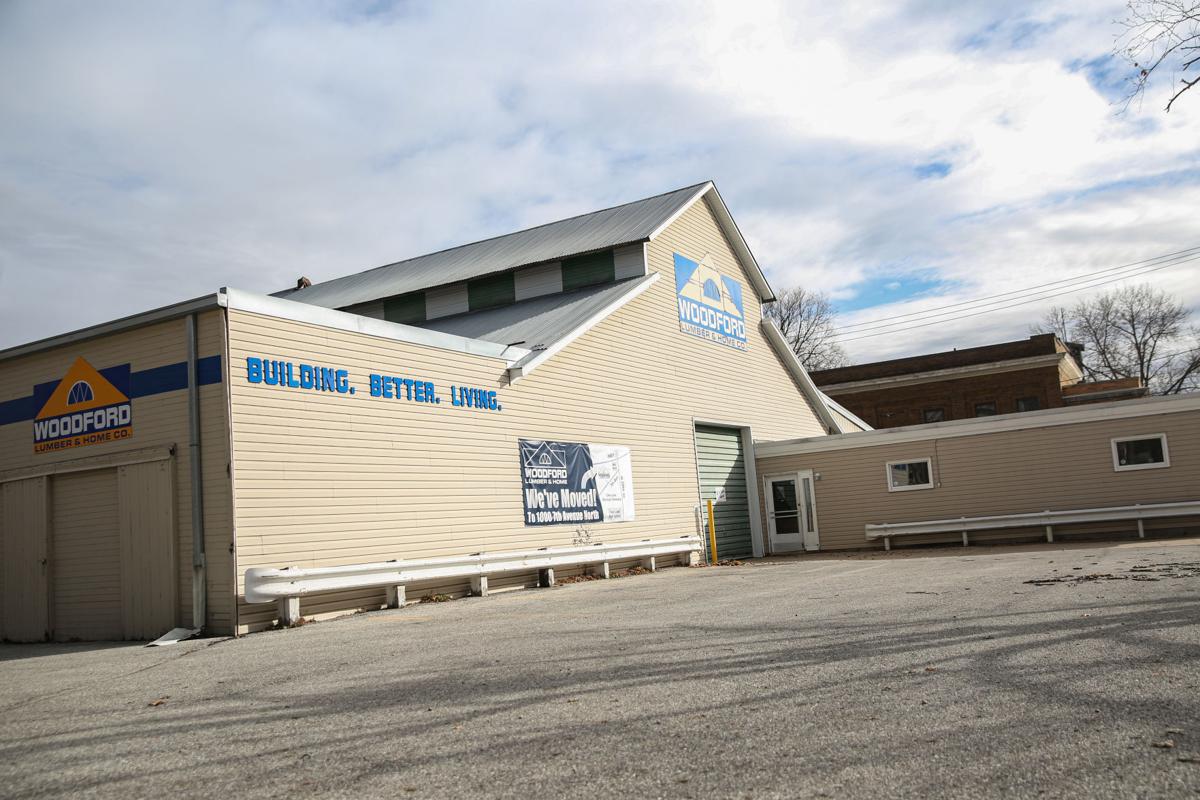 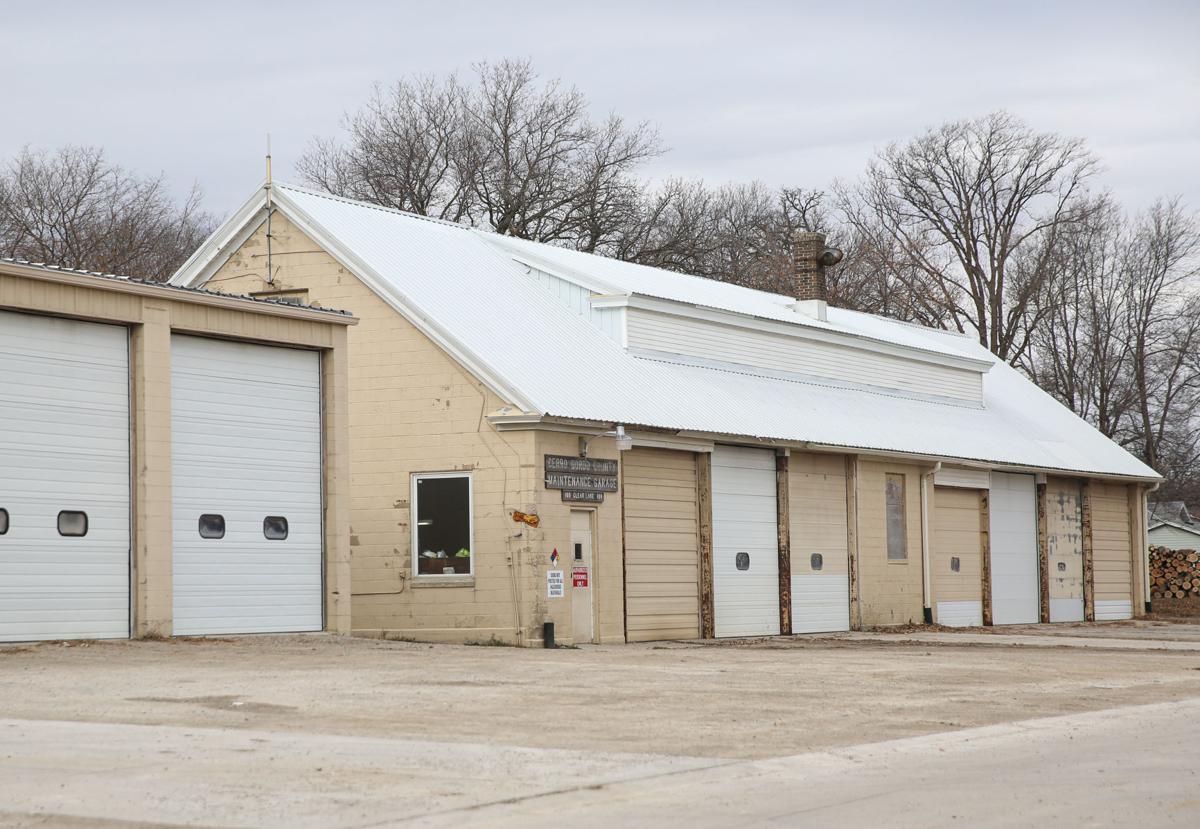 A rendering of the initial Everybody Plays inclusive playground proposed in Clear Lake that costs about $250,000. The playground will be funded through donations, grants and fundraisers.