The renovation and reuse of the historic railroad depot in Charles City is among six projects receiving a total of $950,000 in grants from the Iowa Department of Cultural Affairs.

The awards, announced recently during a statewide conference on building creative communities, were made through the department’s Iowa Great Places program.

Earlier this month, the "Friends of Save the Depot" campaign successfully funded and orchestrated the 107-year-old building's relocation to the American Passenger Train Museum in Charles City.

The depot will ultimately serve as an entrance to the historical site, a trailhead for the Charley Western Bike Trail and a space for meetings.

Besides the depot project, five other projects received awards:

City of Clive (Polk County) Greenbelt, $75,000: Besides a renovated community center, the Clive Greenbelt will be enhanced by new artwork, an outdoor performance space and landmarks that reference the city’s past – all along the recreational trail that connects to other amenities and a historic waterway.

City of Lake View (Sac County) Community Center, $250,000: The City of Lake View (pop. 1,113) will build a new community center to replace a beloved historic ballroom that closed almost 20 years ago. Community leaders envision a venue for social and business functions, as well as a flourishing cultural hub through a partnership with the Lake View Arts Council.

City of Manning (Carroll County) Art is Refreshing, $50,000: The City of Manning will honor the community’s history and agricultural heritage by creating a new sculpture and interactive art installation at Trestle Park. Plans for new murals are also in the works.

City of Marshalltown (Marshall County) Arts & Civic Center, $350,000: As the home to a priceless collection of Impressionist and Post-Impressionist paintings, the Marshalltown Arts & Civic Center will serve as a statewide attraction, a local cultural anchor and a catalyst for the development of the Linn Creek District, which will tie together sports and recreation opportunities, new housing and reinvigorated businesses.

The Shell Rock River Greenbelt and Preserve Park Road will be closed to authorized vehicles early the week of Nov. 29. 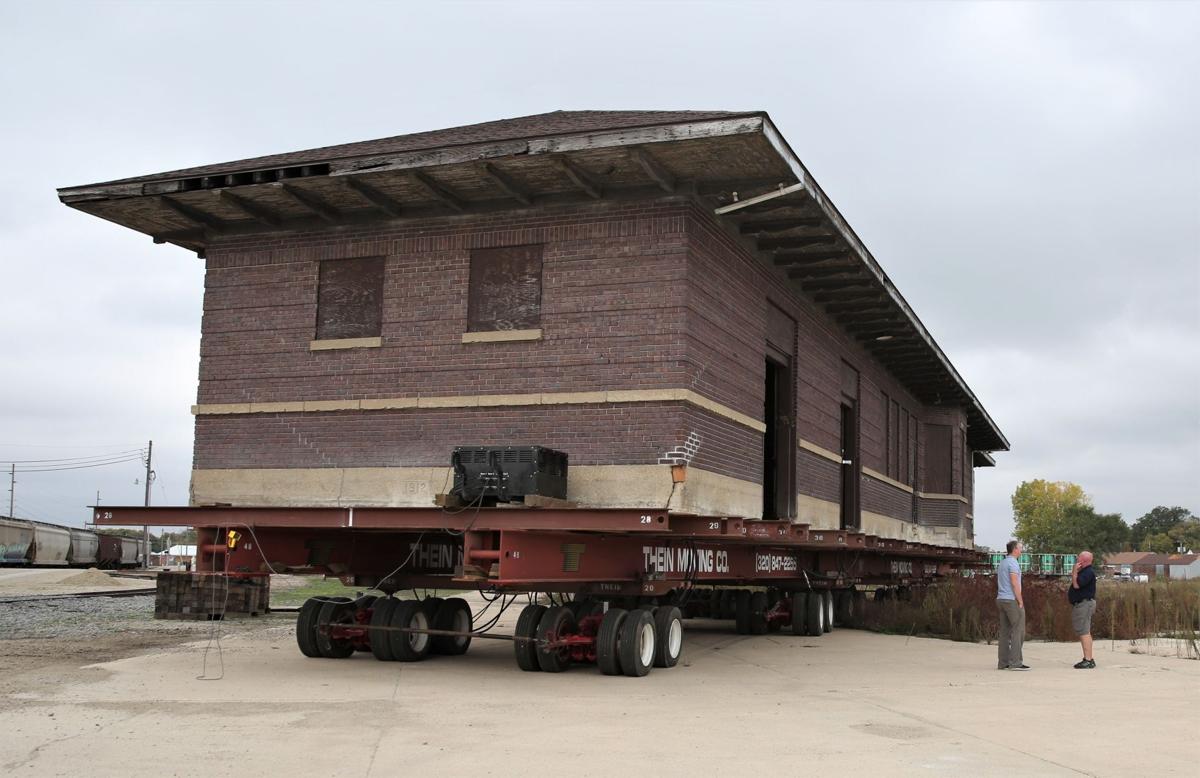 The Charles City Depot can be seen on a hydraulic lift as it is moved to its new location on Wednesday. 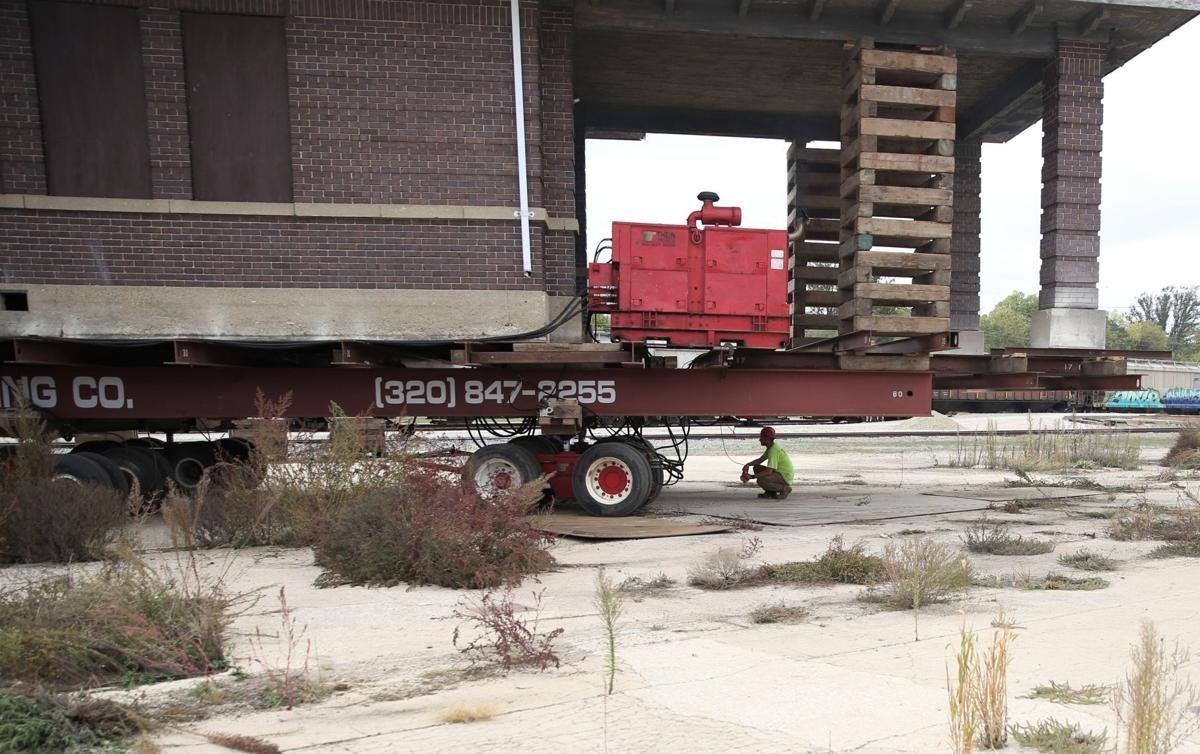 A generator positioned at the end of the depot runs a hydraulic system that will move the vehicle carrying the depot in Charles City on Wednesday. 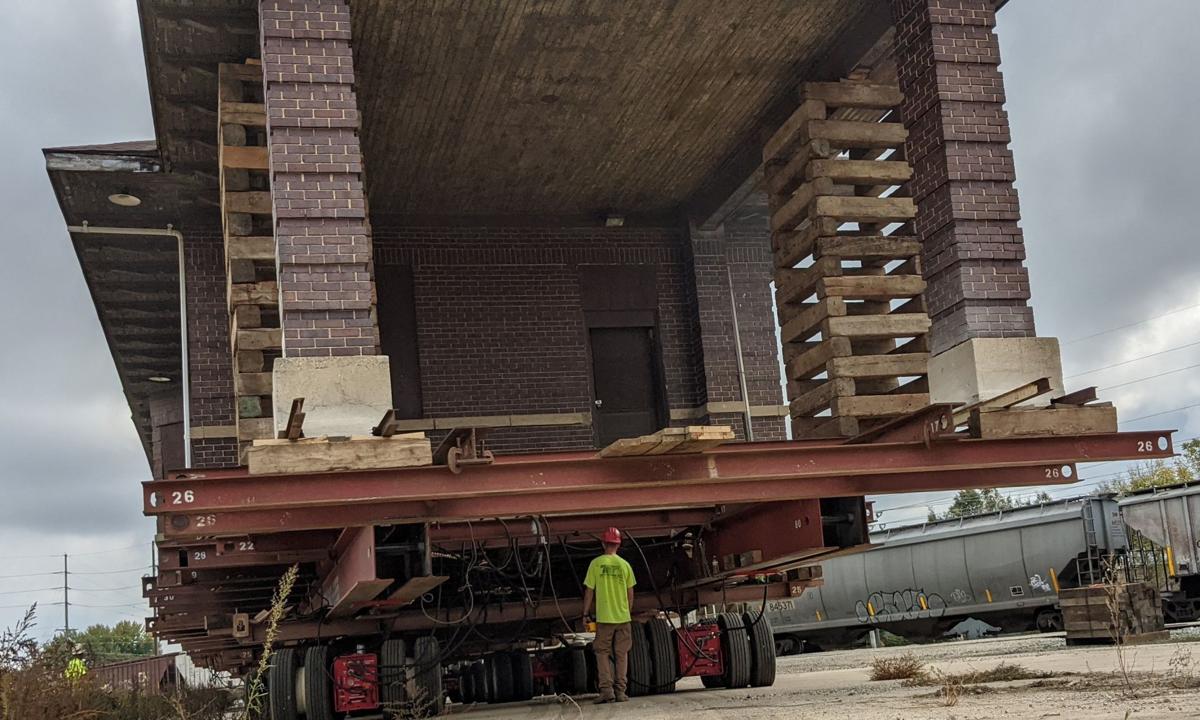 A worker walks underneath the depot in Charles City as its moved to its new location on 11th Avenue on Wednesday.