If you live in Floyd County, you may be voting in a new location in 2022.

After the results of the 2020 United States Census, and the new Iowa House and Senate redistricting, Floyd County has proposed new voting precincts for its residents.

"Because of the new congressional districts, we were required to change the precincts," Brian Bierschenk, a member of the Floyd County Temporary Redistricting Commission, said.

In the new senate and house districts for the state, Rockford and Ulster townships are in different districts, as are the Rock Grove and Rudd townships. 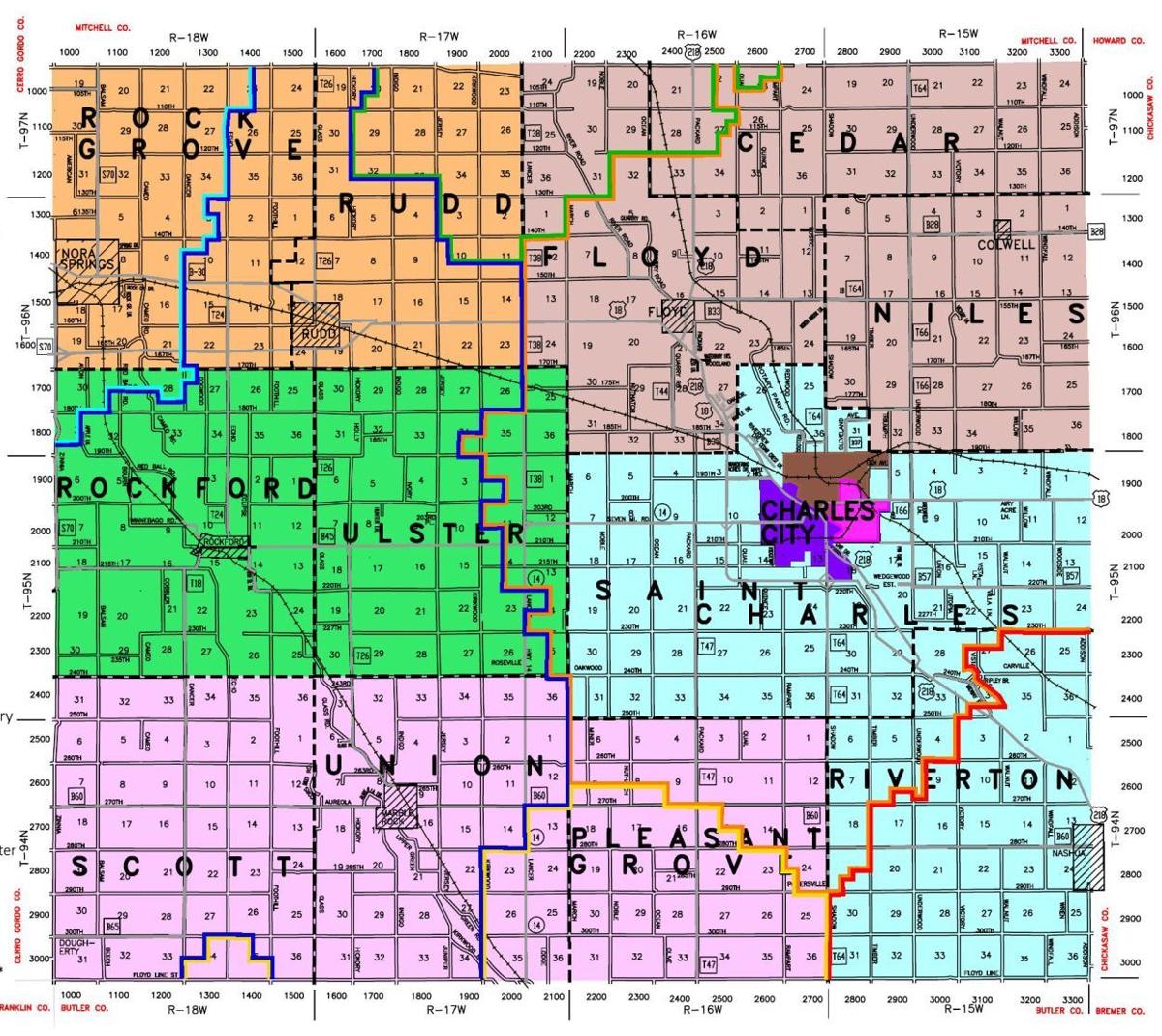 To resolve this, Floyd County officials put together a temporary redistricting commission to lay out new voting districts for the county.

In the proposal, Rudd Township will join the Floyd-Cedar-Niles precinct, and Ulster will join the St. Charles-Riverton precinct. Rockford and Rock Grove will each become their own voting precinct.

According to Bierschenk the goal with the new county voting precincts was to keep things as similar as possible.

"We tried to keep things fairly consistent," Bierschenk said. "We wanted to effect the least amount of people as possible with the change."

Charles City, which has a population exceeding 7,000, is exempt from this and will handle redistricting itself.

The Floyd County Temporary Redistricting Commission passed the proposed precincts in a meeting on Nov. 16, which must pass through a public meeting on Monday, Nov. 29, before being proposed to the Floyd County Board of Supervisors.

Voting precincts are only allowed to be changed every 10 years, after the release of each census, and any changes will made official on Jan. 15, 2022.

Worth County in beginning phases of $17 million courthouse renovation project

What to Know About Omicron