Become a Member
Read Today's E-edition
Share This
‘A game-changer for the community': Clear Lake proceeds with another development project
0 comments
Share this

Almost a year to the day after the Clear Lake City Council approved a preliminary agreement for a multimillion-dollar hotel and event center east of Interstate 35, it’s looking to add another project to the Courtway Park Development.

The council unanimously approved a non-binding letter of intent with Momberg Land LLC for the Starboard Square Retail Development Project, a 6,000-square-foot ground-floor commercial and retail space, south of the hotel Monday evening during its meeting.

“I think seeing (the hotel project) go up, it’s had a tremendous benefit, and again, I’m very excited to see the catalytic impacts on further economic development here in Clear Lake,” said Bennett Smith, Clear Lake city councilman. “It just goes to show you if you can land an anchor project like that, it’s really a game-changer for the community.”

The council’s action came after it unanimously approved an amendment to the Clear Lake Consolidated Urban Renewal Plan, including almost $300,000 in financial incentives to the Starboard Square Retail Development Project, after a public hearing where no written or verbal comments were received.

The public hearing was set in February, a requirement under Iowa law for cities wishing to amend their consolidated urban renewal plans to use local incentives and tax increment revenues for development projects.

Only projects within a city’s consolidated urban renewal area are eligible for tax increment financing funds.

The letter of intent enables Clear Lake and Momberg Land LLC to take the necessary steps to formally consider a development agreement.

Under the approved amended urban renewal plan and letter of intent, the city is offering the developer a seven-year incremental property tax rebate agreement in an amount not to exceed $225,000 with payments subject to the council’s annual appropriation.

The letter of intent approved by the council was signed by Mike Momberg on March 5 on behalf of Momberg Land LLC.

Flory anticipates the site plans for the project — estimated to cost about $1 million — will be submitted to the Clear Lake Planning and Zoning Commission for review and approval before the end of March.

The other, which remains unnamed, features a 47,000-square-foot commercial and retail space with related surface parking that would result in a developer’s investment of $7.5 million.

Under the amended urban renewal plan, the city will provide the developer a 10-year incremental property tax rebate agreement in an amount not to exceed $850,000 with payments subject to the council’s annual appropriation. It will also finance municipal water and sanitary sewer service mains and laterals needed for the project with an additional $350,000 in incremental tax revenues.

The city held a consultation meeting with the other affected taxing entities of Cerro Gordo County on Feb. 26, and Flory said there were no comments to the plan.

In February, Flory said he anticipated the council will act on letters of intent for the two commercial developments after the public hearing to amend the urban renewal plan.

Tenants of the proposed developments will likely be disclosed in the spring, he said.

If it proceeds, the Starboard Square Retail Development would be positioned in the southwestern-most corner of the Courtway Park Development, comprising 11 lots — six highway commercial and five light industrial — and two roadways and curb and gutter on nearly 64 acres east of Interstate 35 and north of Highway 122. 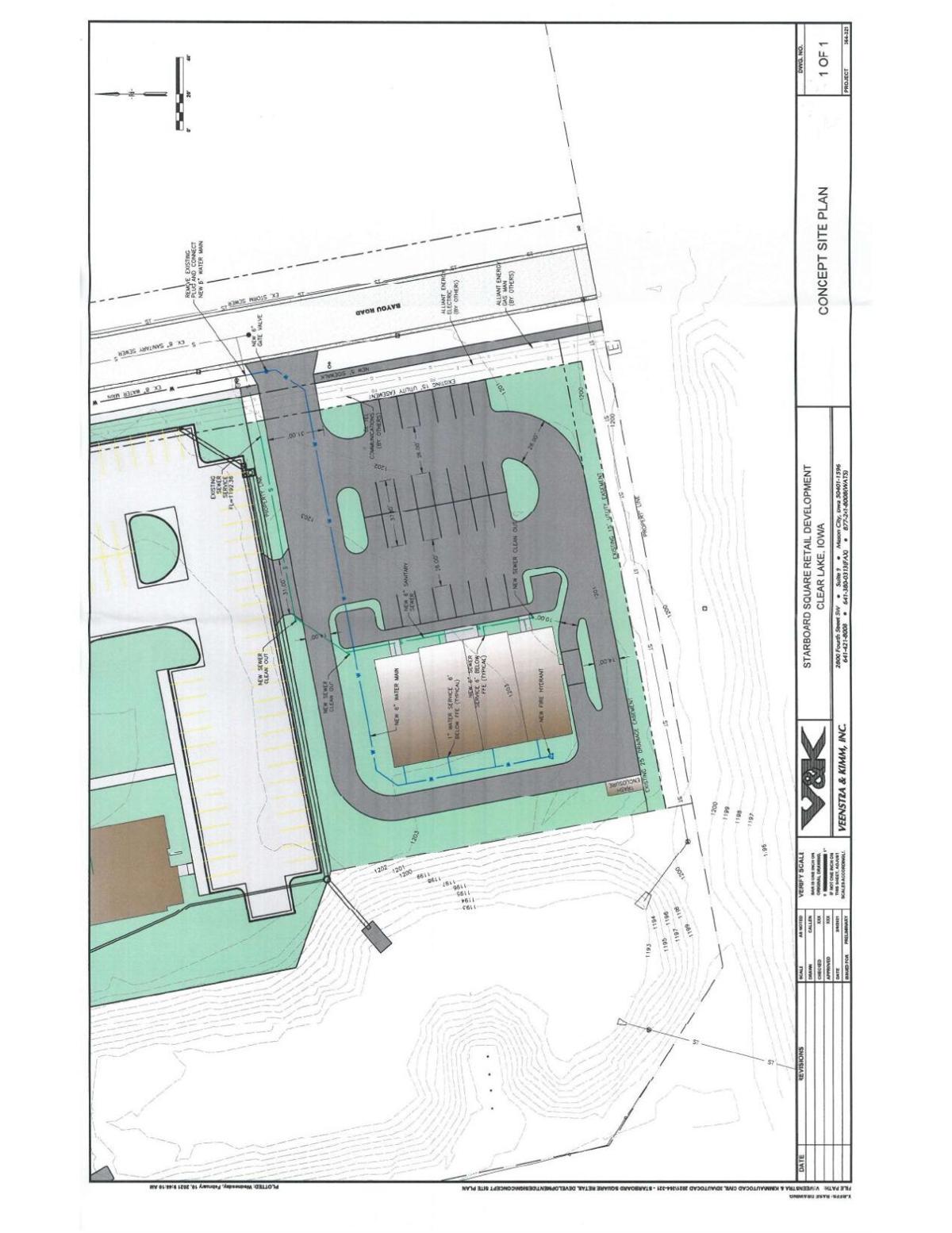 TDFUEL LLC, or Lorri and Todd Hall, of Sheffield, own the land.

The purchase of the former Andrews Prestressed Concrete property and the city’s $1.8 million utility and street improvement project on North 32nd Street — adjacent to the Courtway Park Development Subdivision — in the spring of 2019 were catalysts for transforming the site from an eyesore into an economic development opportunity.

“I recall taking the leap of faith and putting pretty close to $2 million into a road out there to get things going and you know, these type of things require a leap of faith and they require quite a bit of foresight,” said Mike Callanan, Clear Lake city councilman and mayor pro-tem. “It’s really gratifying when you see them start to pay off.”

The street and utility project was completed in the fall of 2019, and since then, two developers have purchased lots at Courtway Park.

In June 2020, JSM Investment LLC, of Johnston, broke ground on the city’s first hotel in at least 20 years.

The 85-room Fairfield by Marriott hotel with an attached 8,000-square-foot conference center and event space that accommodates about 450 people is scheduled to be completed in August.

Old Dominion Freight Line proposed a fenced-in center, including 31 overhead doors, a small office, and parking lot, would be positioned in the northernmost lot, or Lot 11, of the Courtway Park Development in 2019.

Construction on the project was slated to begin in 2019, and then, temporarily on hold due to the COVID-19 pandemic in 2020.

Flory told the Globe Gazette in February that Old Dominion was still looking at a late spring or early summer start date with opening in 2022.

Old Dominion is a regional and national less-than-truckload, or small freight, motor carrier with about 233 service centers across 48 states, 45,000 tractors and trailers and 21,000 full-time employees.

On Feb. 3, 1959, rock 'n' roll musicians Buddy Holly, Ritchie Valens and J.P. "The Big Bopper" Richardson and pilot Roger Peterson were killed in a plane crash near Clear Lake after their performance at the Surf Ballroom. They had been traveling across the Midwest on their "Winter Dance Party" tour.

Collected here is just a handful of related coverage from the Globe Gazette over the years.

Photos from the day the music died.

A memorial paying tribute to renowned Globe Gazette photographer Elwin Musser is now on display at the Surf Ballroom and Museum. Musser was no…

PHOTOS: A look back at the last five years of Winter Dance Party

Here's a look at the Globe Gazette's photo collections of the last five years at the Surf Ballroom and Museum's legendary Winter Dance Party..…

Clear Lake students, adults rock to 'Buddy's Buddies' for a cause

CLEAR LAKE | A British man is on a mission to get J.P. “The Big Bopper” Richardson inducted into the Rock & Roll Hall of Fame.

The Basic Birder in Mason City has been in business for 25 years, and in 2020, its general manager Kelly Biery decided to open a second locati…

One of Clear Lake’s popular summer events has ended.

Joseph LeValley, who now resides in rural Waukee, released “The Third Side of Murder” earlier this month.

The Milwaukee Road Depot, more than 120 years old, needs about $5 million to removal, transfer and rehabilitation at a new location.

The city of Clear Lake is still hoping to have its new welcome signs installed ahead of its tourism season.

A storm sewer project on North Shore Drive and North Ninth Street in Clear Lake will be smaller in scope and cost than planned. 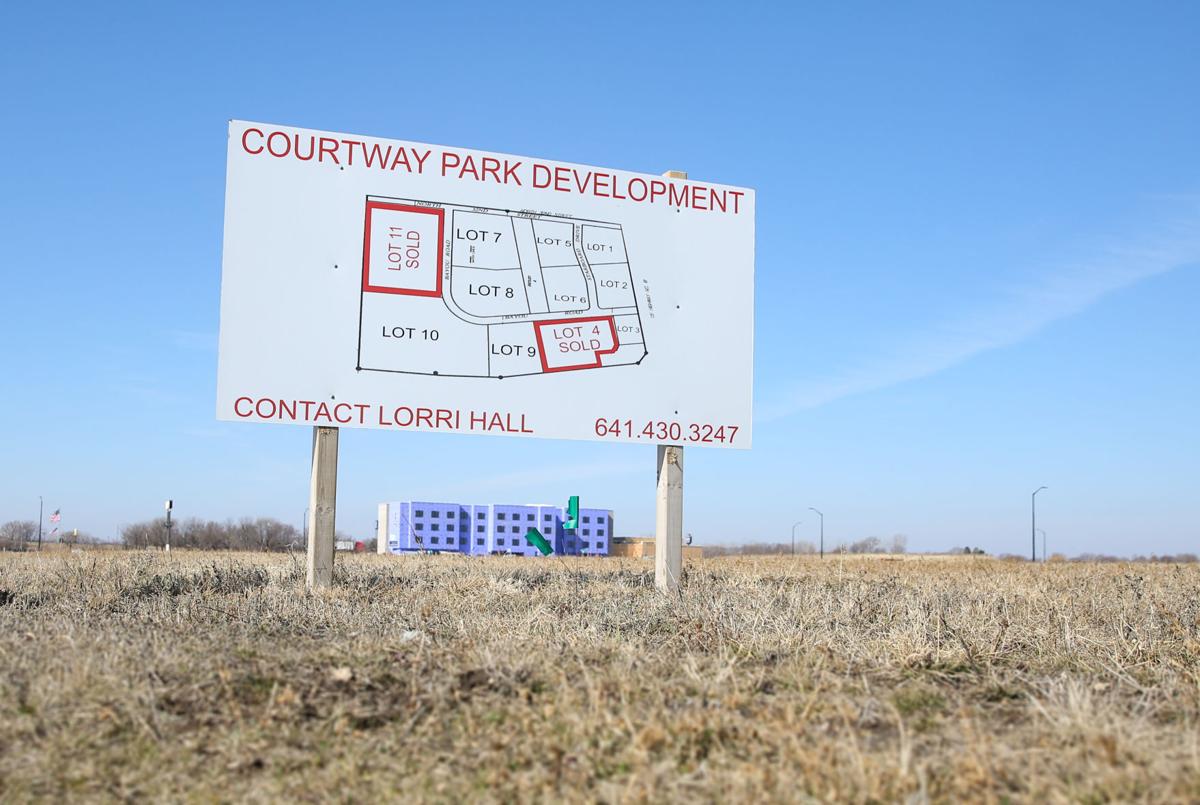 A 6,000-square-foot commercial and retail space is proposed in Lot 3 of the Courtway Park Development east of Interstate 35 in Clear Lake. The development would be south of the Marriott hotel currently under construction. 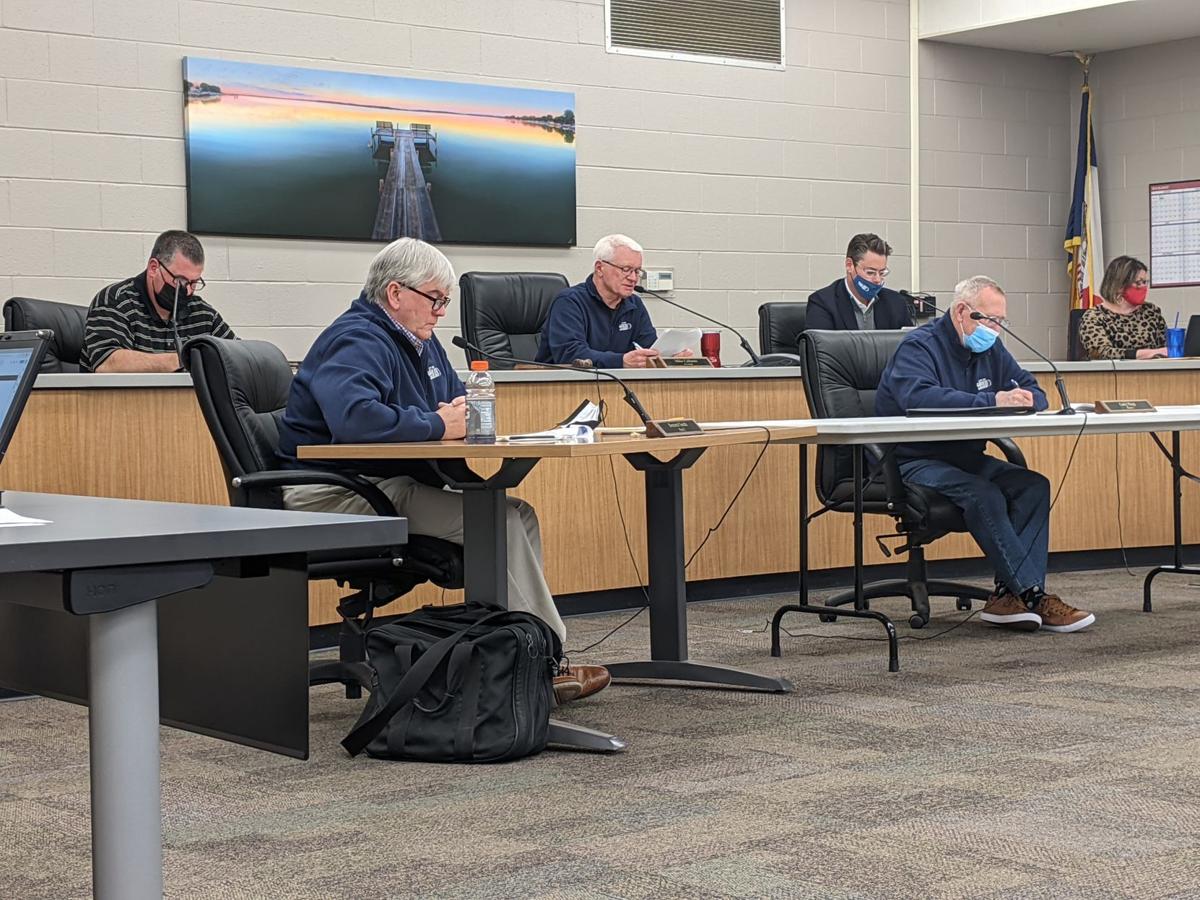 The Clear Lake City Council unanimously approved a letter of intent with Momberg Land LLC for the Starboard Square Retail Development, a 6,000-square-foot commercial and retail space, south of the Marriott hotel in the Courtway Park Development east of Interstate 35 in Clear Lake. 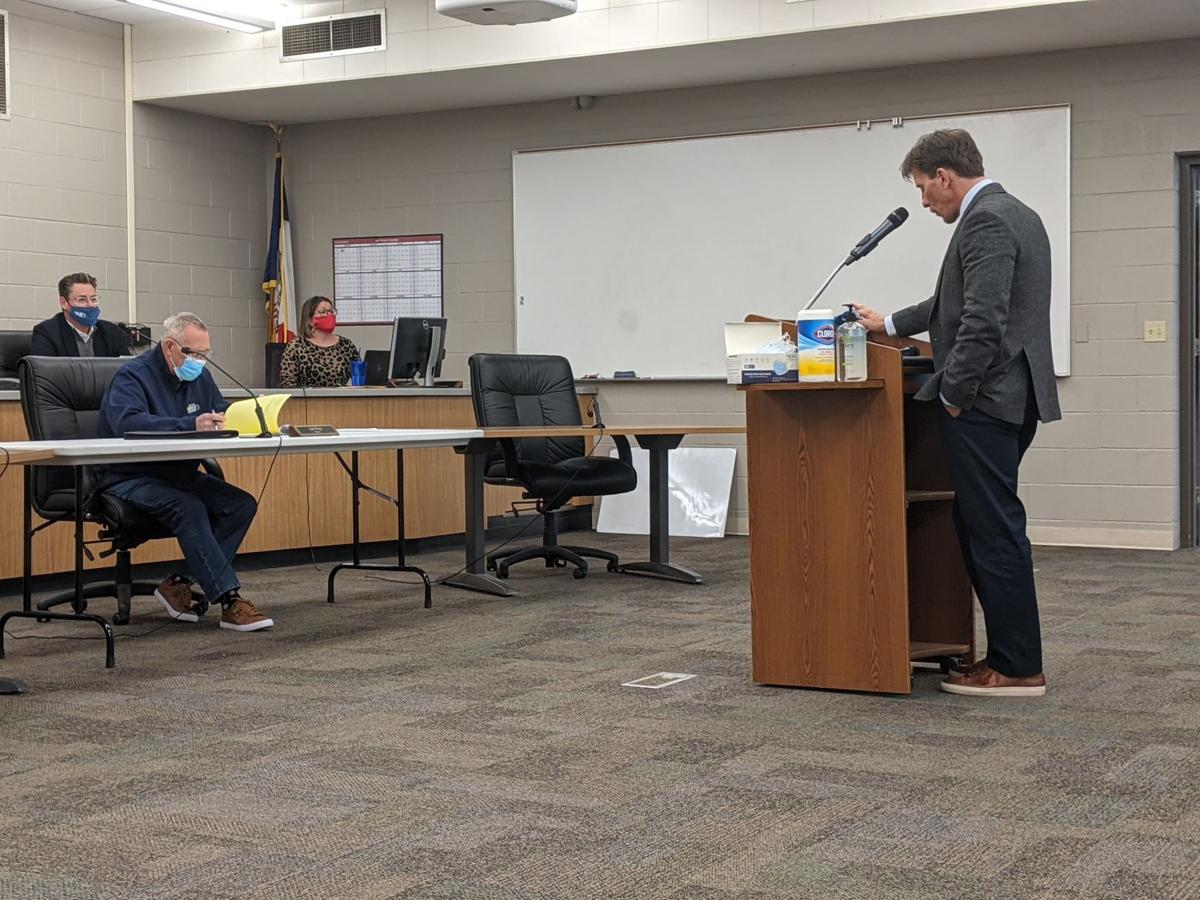