In exchange for waiving any claims against the district, Anderson received $31,500 in wage differential payment, and $73,500 for damages, according to the settlement.

Another $70,000 was issued to cover court and attorneys' fees.

The settlement also notes the district denies any wrongdoing in the case. 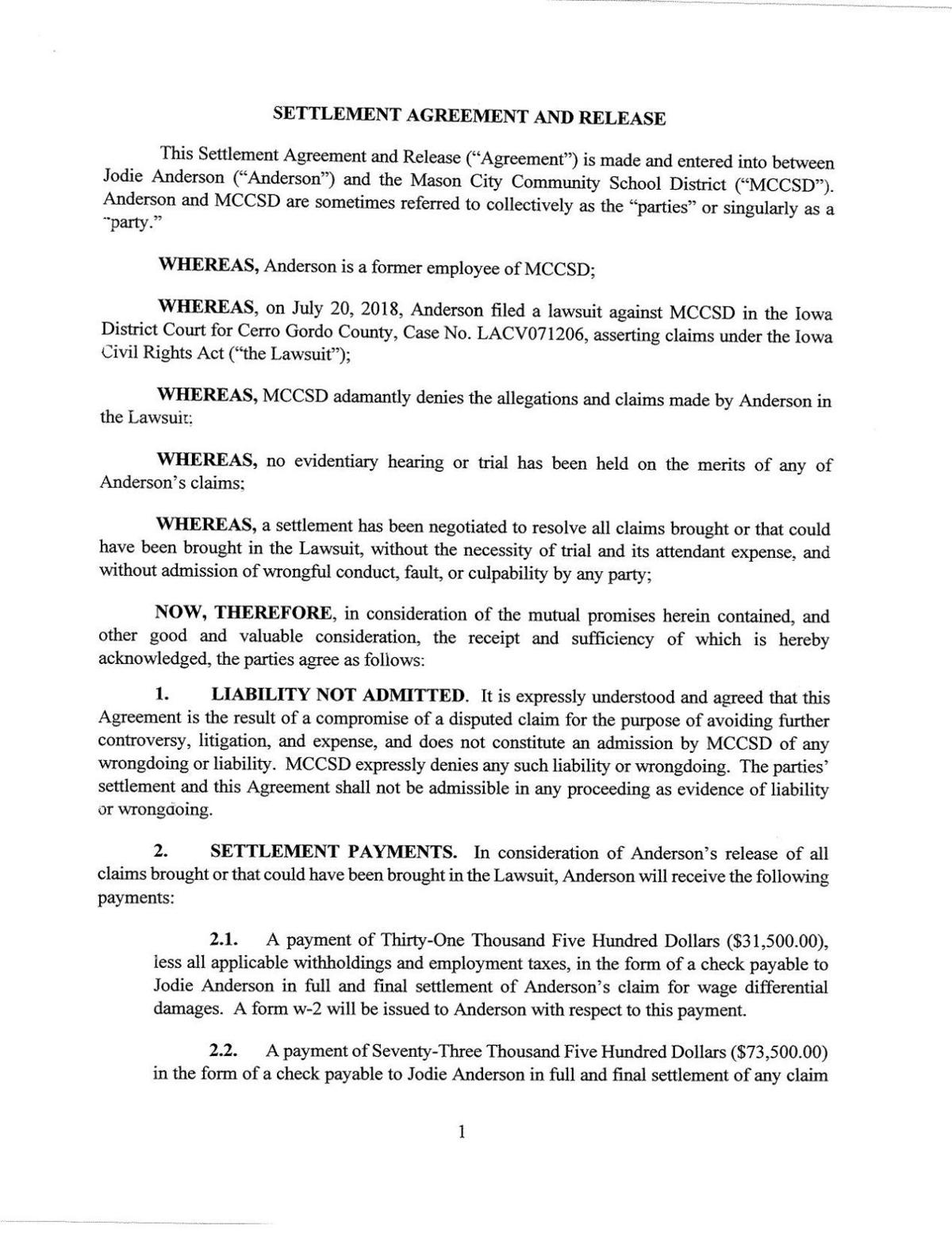 The document was released on Friday after the non-profit Iowa Freedom of Information Council sent a letter to the Mason City Community School District demanding it release to the public details of the settlement.

FOI Council Executive Director Randy Evans wrote the letter after the Globe Gazette found a protection order in court documents when it sought the terms of the settlement.

Though the request for protection appears to have been sought by both parties in the case, in an email response on Friday to Evans in which the settlement was included, Mason City Schools Superintendent Dave Versteeg wrote that he was confused by the letter as neither he or Chief Financial Officer Cheryl Yoder had received any request for the settlement.

Drzycimski was dropped from the suit on Sept. 7. The court ordered Draper and Versteeg dropped in January 2019.

Anderson, whose starting salary was $80,000, began looking at salary structures and standards for administration compensation with then-Superintendent Anita Micich in August 2015, the lawsuit stated.

The lawsuit states it appeared "men were being paid more than women for the same categories of work."

Anderson first mentioned her concern about the differences in pay between men and women with then-Interim Superintendent Michael Penca, then-School Board President Janna Arndt and then-School Board Vice President Lorrie Lala in June 2016, according to the lawsuit.

That lawsuit lists a timeline regarding pay raises for school district employees. In June 2017, Penca told Anderson she wasn't receiving a raise because the School Board "did not like how she had received her raises in the past," court documents said.

Anderson's wage was frozen at $87,550, according to the lawsuit.

Draper came into Anderson's office on June 19, 2017, and told her she sent an email to other School Board members asking for Anderson's termination.

"She told (Anderson) she wanted her to know about her desire to terminate (her) because there was an open records request from the media to view Board members' emails, and Defendant Draper was afraid her email would come out in the newspaper," according to the lawsuit.

Anderson resigned in July 2017, after she decided not to renew her contract.

In late 2017, school board members hired Drzycimski as the human resources director and agreed to pay him about $23,000 more than Anderson.

Included in the court filings was an order signed by Second District Judge DeDra Schroeder protecting not only the settlement but also depositions and other related documents.

In a statement released on Dec. 23 announcing the settlement, the district noted it was sought to ""avoid the cost and disruption protracted litigation can cause."

Iowa swung fiercely to Trump. Will it swing back in 2020?

Few states have changed politically with the head-snapping speed of Iowa. Heading into 2020, the question is whether it's going to change again. 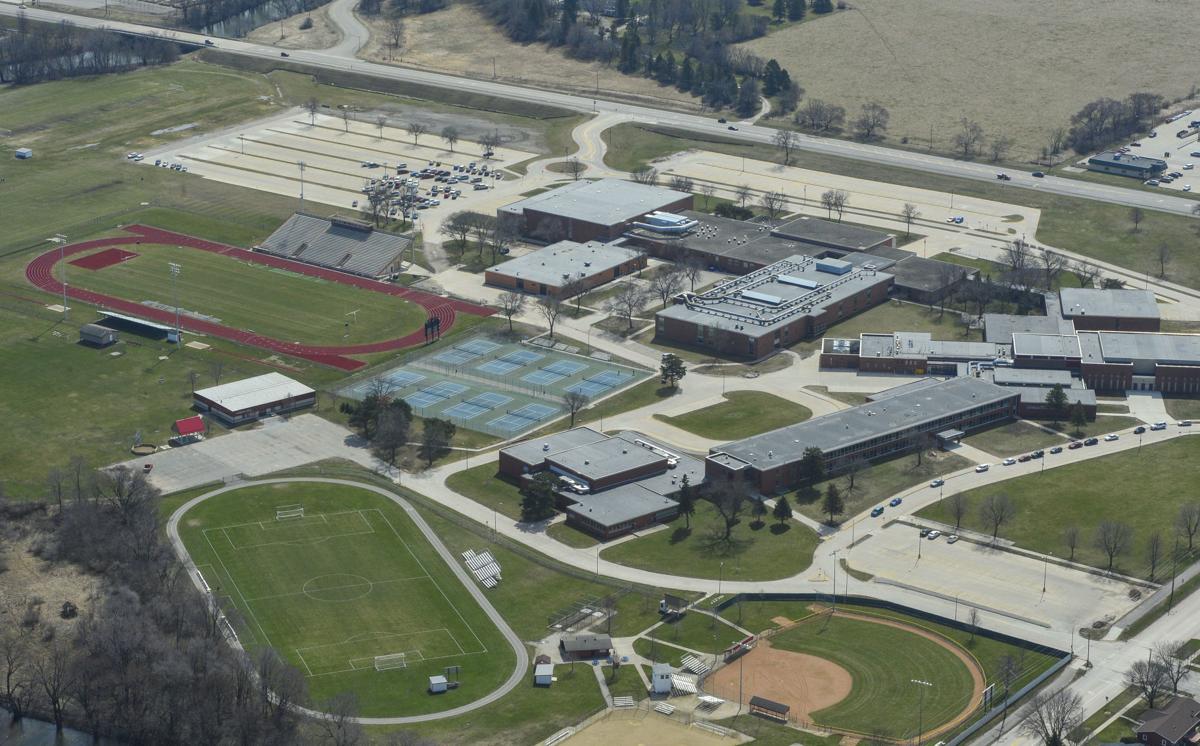 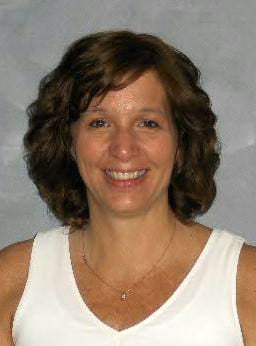