In the initial aftershock of closures that the COVID-19 pandemic caused in North Iowa in March 2020, restaurant owners across the region had to seriously reckon with what they needed to do just to stay open.

Some pivoted into curbside pickup and carryout, which filled some of the gaps but still left restaurants down in revenue. Others, such as the Blue Heron and Las Palmas in Mason City, began emphasizing a delivery option more. Still others, the 100-year-old Northwestern Steakhouse being a prime example in the region, decided to stay closed until the moment to reopen felt right.

One North Iowa food business that was able to largely keep motoring along without many tweaks to the formula was the Cedar Valley Ex-Press food truck, which operates out of Osage. According to manager Bradley Ringhofer, the food truck managed to make it down to both Des Moines and Fort Dodge in the spring of 2020.

"We’re not stuck to one central location," Ringhofer said. "Being in Mason City one day and Charles City the next has been very beneficial."

A May 2020 piece from Forbes had a similar realization to Ringhofer's about the effectiveness and viability of food trucks at such a precarious time: "Food trucks are uniquely set up to survive COVID-19. They are a business built out of spaces with no room for diners—a particularly relevant concept given the current climate and the perceived future of restaurants."

Even with the pandemic still very much ongoing, the recent past of food trucks makes it hard to believe they won't continue to be popular both during and after the era of COVID.

Ringhofer started up with Cedar Valley Ex-Press, which works with Cedar Valley Seminary to be cultural ambassadors of the area, in June 2019. He said that he'd gotten his start with food trucks in Seattle but wanted to get back to North Iowa and provide folks with something that goes "above and beyond" the food experience they may be used to.

In that endeavor, Ringhofer said he uses potatoes from Kittleson Brothers out of St. Ansgar to make French fries and lettuce from Twisted River Farms out of Mitchell to top off burgers.

Are we heading toward a new food supply system for meat?

The primary moneymaker for the food truck is servicing events. Ringhofer said those did obviously taper off in 2020 because of the pandemic but the food truck still found customers.

"There are towns that still do some types of celebrations and we were fortunate to be a part of some of those things," Ringhofer said.

Damon Baker, who has run the Titanium Lunchbox out of Britt for 10 years, is new to the food truck game but said he recognizes the benefit of having one to lean on when plenty of people are still scared to dine out in a brick-and-mortar restaurant.

"It’s a luxury for us. It becomes another option for our business. Being closed down on the inside for as much time as we were, it made us really appreciate being able to offer something different," he said.

Had the pandemic not hit, Baker still would've gotten a food truck at some point but he said that COVID sped up the entire process for him. He got the food truck in September and has since used it for occasions such as Thanksgiving where he helped to cater more than 100 meals to workers at Michael Foods in Britt.

"We were able to take our trailer out there and as people needed it we could put food together and take it into them," Baker said.

Typically, the menu for Titanium Lunchbox revolves around items such as pizza but also no muss, no fuss type stuff such as meat and potatoes. That's more than enough for customers in the area. Baker said he's already got events lined up for the springtime such as the Geneva Market in early May in Geneva, Iowa. And wedding events are starting to trickle in as well.

"This is all new to us so it’s kind of a pick and choose thing," Baker said.

As for Ringhofer, he said Cedar Valley Ex-Press 2021 schedule is starting to fill up fast. Fairs and various chamber of commerce events for the area are in his itinerary.

"March and April we already started booking a lot and our summer is kind of booked already," he said. After the way the past has gone, Ringhofer said he's more than happy to still be going and still be considered for such events.

Just how big is the food truck industry?

Biggest states for food trucks: California, Texas and Florida did the most food truck sales for 2017. However, U.S. Census data shows that Vermont actually had the highest sales per food truck employee at more than $157,000.

Who are the owners?: According to that same Census data, 90% of all food truck ventures are formed through individual proprietorships and partnerships. Of the 5,970 food truck establishments nationwide, 4,979 had fewer than five employees.

For North Iowa's restaurants, the past year has been full of challenges and new ideas.

While the pandemic caused near-universal economic strife as business did their best to survive, North Iowa’s outdoor institutions have thrived.

Community steps up to meet incredible demands of non-profits

In normal times, day to day life can be a struggle for nonprofit organizations.

Data released Friday show fewer positive cases among students and staff than a month ago.

CG Public Health: 64 and under with health conditions can get vaccinated now

"This group is at serious risk of severe illness or death from this virus, getting them protected is a huge win for our community."

In 2021, Chris Andersen said he intends to sell at even more car shows, farmer's markets, concerts and grocery stores. 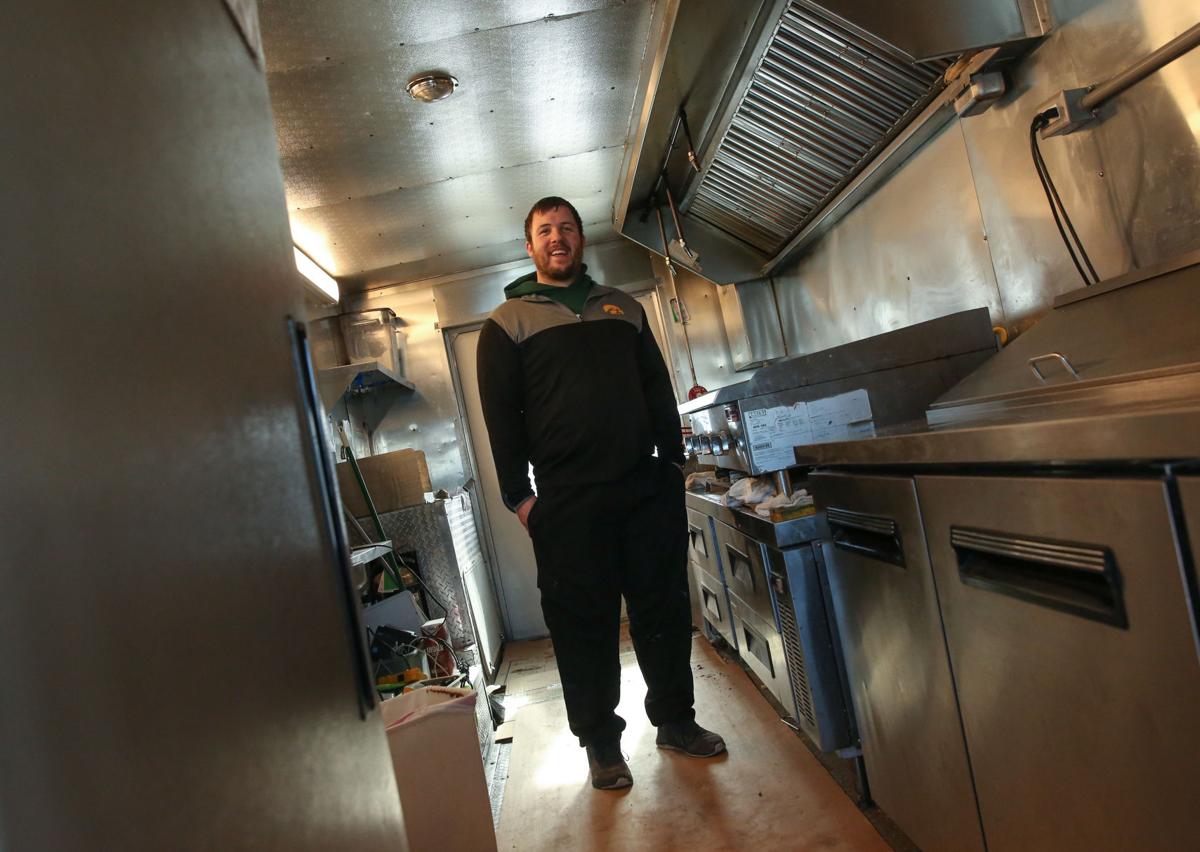 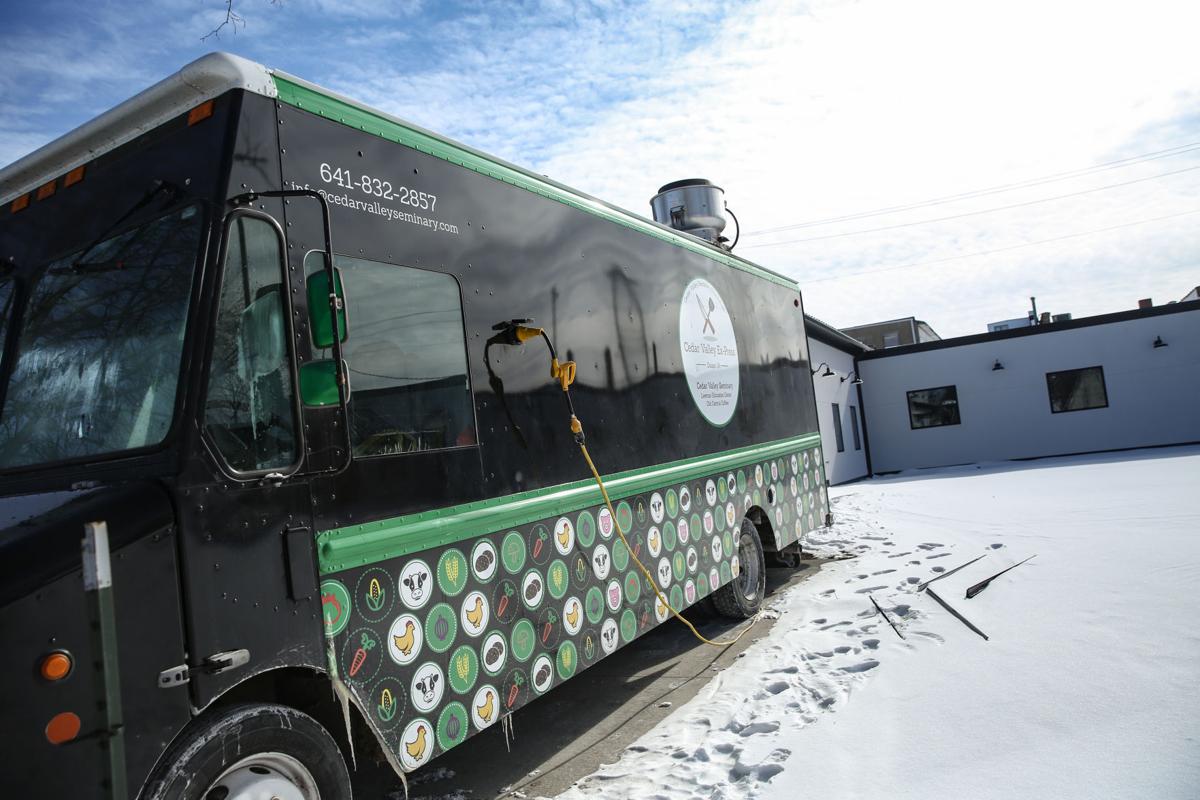 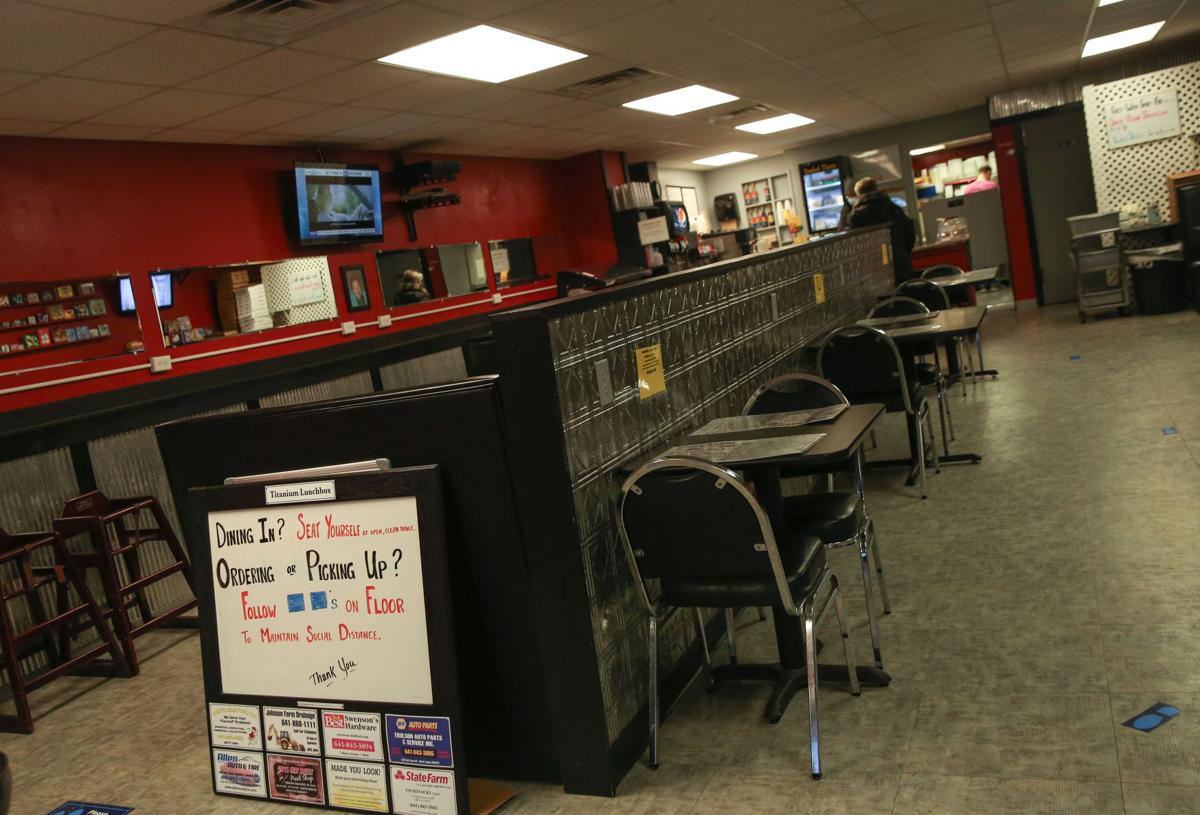 A customer can be seen picking up an order at the back of the Titanium Lunchbox dining room.