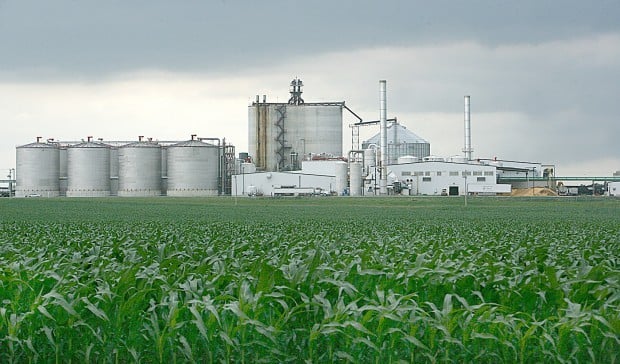 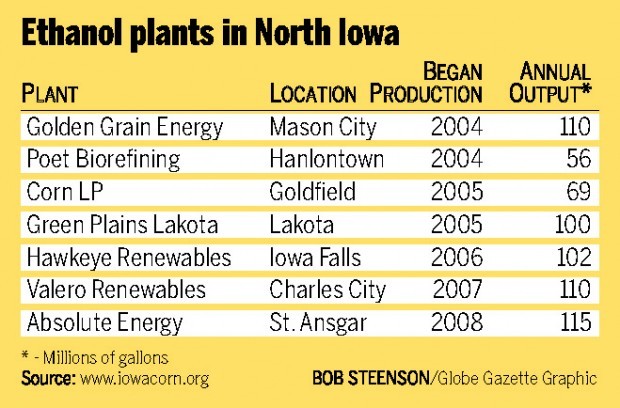 MASON CITY -- In the beginning there was gasohol.

“Our expectations were that it could be something big,” said former state Sen. Thurman Gaskill of Corwith, who pumped one of the first gallons of what’s now called ethanol into a car in Clarence, in eastern Iowa, on June 15, 1978.

Gasohol — a mix of 90 percent gasoline and 10 percent  ethyl alcohol — was first sold that day at five test stations around Iowa, including the Co-op Oil Co. station in Osage, in a project sponsored by the Iowa Development Commission.

“We had to mix it there at the station, and we just took 10 gallons of pure alcohol and poured it into the gasoline tank. Then we pumped it,” Gaskill said.

“Some people, of course, didn’t want it. They were told by the automotive industry it would plug up their fuel filters and ruin their engines.”

Gaskill, as chairman of the Iowa Corn Promotion Board, lobbied for a corn check-off that provided the funding for early ethanol research.

He and other farm leaders dubbed “The Gang of Seven” helped spur what led eventually to an ethanol boom.

Today, 41 plants produce about 3.667 billion gallons annually, according to iowacorn.org.

Iowa ranks first nationally in ethanol production, and renewable fuels account for $13.1 billion or about 8 percent of the state’s annual gross domestic product, according to the Iowa Renewable Fuels Association.

About 80 percent of the gasoline sold at Iowa pumps today contains ethanol.

“As I drive to Arizona, the last couple years, I have to say that I’m amazed as I get out at each state along the way,” said Gaskill, who retired in 2008 after serving 11 years in the Iowa Legislature.

“Each time I stand there and fill my car with gasoline, I read this sign that said, ‘This gasoline is 10 percent ethanol.’ I say to myself, ‘It was worth the effort.’

“It’s pretty emotional to think back,” he said. “It’s just one of the things that’s in my scrapbook.”

There was no corn market.

“You would plant your crop and that fall you didn’t know if somebody would show up to buy it or not,” said Wendland, now president and chief executive officer of the Golden Grain Energy ethanol plant in Mason City.

But he felt agriculture could benefit if farmers joined to build a facility which could create a local market for corn production.

“We accomplished everything we hoped. We can’t hardly keep up with the demand for corn,” he said. “And what a feeling for a farmer, to be able to produce as much as he can produce and be able to get a good price for it.”

That has helped create a balanced demand for all commodities, Wendland said.

And, he said, his industry can adapt to technological changes, such as cellulosic ethanol, a biofuel derived from cellulose plant fiber.

“It’s every plant’s hope that they will develop a process that is efficient to produce cellulosic. And it seems extremely likely that, when that happens, those facilities are going to be bolted on to what we have here.

Wendland realizes ethanol has many critics, from those who say it harms engines to those who say corn should be used more for feed than for fuel.

“They have to give us a chance to be able to evolve, like every industry has evolved,” he said.

“They look at us today and think that that’s not the future. Well, we’re not going to be the same in the future. We’re working hard to produce more fuel with less corn.

“We’re producing corn oil, which is used for biodiesel and as another feed ingredient that’s real valuable to poultry production. There are just a lot of opportunities that we’re looking at.”

Second of a two-day series.

Some people have placed a bull’s-eye on ethanol fuel made from corn.

MASON CITY — When ethanol plants started making plans to build in the North Iowa area several year ago, they touted that they would bring a po…

Ethanol opponents target what they see as fuel’s shortcomings

MASON CITY — To many in North Iowa and elsewhere, ethanol is one of the crown jewels in the state’s economic recovery.