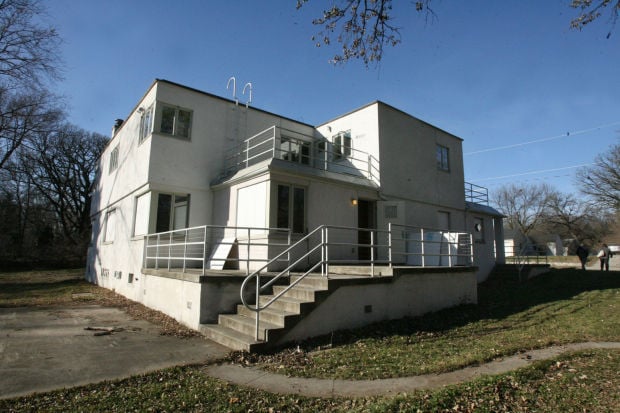 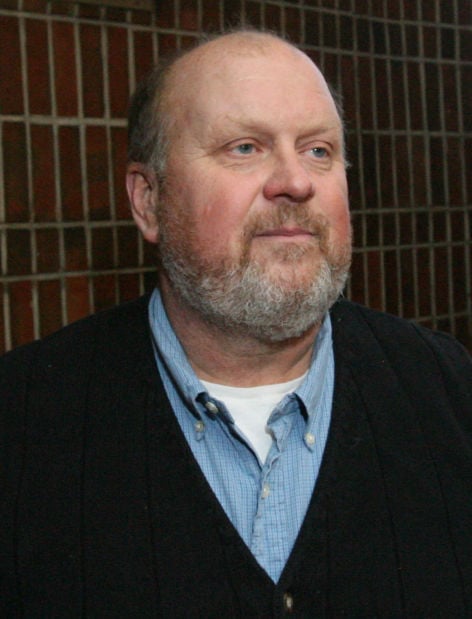 Kirk Johnson. Project coordinator for the relocation of the Egloff House. 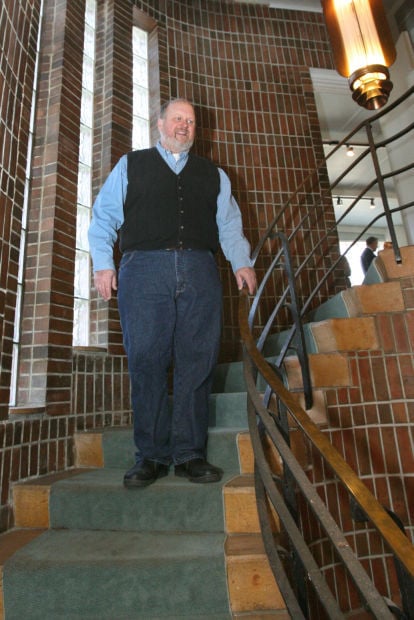 Kirk Johnson, project coordinator for the relocation of the Egloff House, talks about the project on Tuesday. 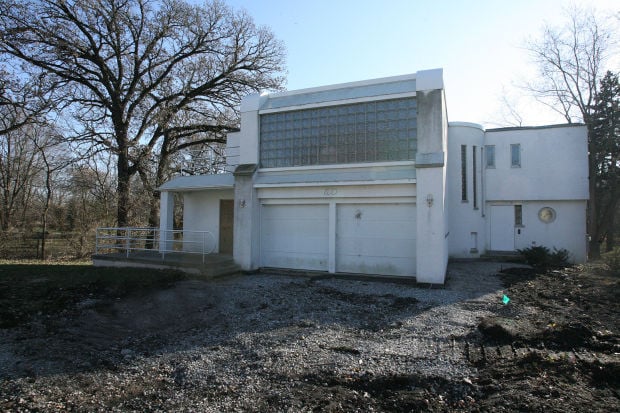 MASON CITY | Moving the Egloff House won't be cheap and it won't be easy, but it will be done, community leaders said Tuesday.

The house, at 655 Seventh St. N.E., and considered a Mason City architectural gem, was heavily damaged in the flood of June 2008 and was scheduled for demolition as part of the FEMA flood buyout plan.

City officials and historic preservationists have worked for years to find a way to save it, even offering it for sale for $1 to anyone willing to move it.

On Tuesday, community leaders gathered at the house to discuss plans for its salvation.

Through the efforts of Community Benefit-Mason City, a non-profit organization, the home will be moved to the 300 block of East State Street in the city's "cultural crescent" -- about half-way between the Historic Park Inn and the Stockman House.

Kirk Johnson, project coordinator, said the move will probably take place next spring. He declined to give a cost estimate but others in attendance said it will be a six-figure move.

Johnson said the house will be moved in two parts and then be reassembled. Atlas Enterprises, Forest City, will do the moving.

Sue Anne Hadacek of Atlas said her company was excited about the project and acknowledged "it is not a small undertaking."

Dan Robeson, president of Iowa Community Development, said his organization realized Mason City has become a "must-see" designation for architecture and agreed to help with the Egloff move.

He serves on the Community Benefit-Mason City Board along with Johnson; Robin Anderson, executive director of the Mason City Chamber of Commerce; and businessmen Scott Moorman and Dennis Reidel.

"You are all witness to Mason City becoming a can-do community," Anderson said. "The City Council has taken the leap of faith with us."

She said the Egloff house volunteers are moving into uncharted territory and welcome help from anyone who wants to get involved or has ideas on the best use of the property at its new home.

"If you bring the right people together, good things happen," she said.

Built in 1938 by William and Margaret Egloff, the house is considered an outstanding example of International Style architecture. It was owned by Dale and Susan Armstrong when the flood hit.

The city alleges it was forced to closed adjacent sidewalks and roadway lanes on July 7 at a cost of $39,985 so far.

A 20-year-old Mason City man is in the Cerro Gordo County Jail after he led police, who were trying to arrest him on two outstanding warrants,…

A spate of new COVID-19 outbreaks are popping up in Iowa nursing homes.

Kirk Johnson. Project coordinator for the relocation of the Egloff House.

Kirk Johnson, project coordinator for the relocation of the Egloff House, talks about the project on Tuesday.