New COVID-19 variant spreads in Africa: What you need to know

There was common agreement about the logo previews for the Mason City Community School District on Monday night: folks were not thrilled about them.

The Mason City School Board decided at its Monday night meeting to table the logo design until a plan can be set in place finding out if changing the mascot name is the next step, or to stay with “Mohawks.”

Trask’s main issue with the new logo design was removing all imagery, including feathers and arrowheads, from the mascot name.

“This name brings much pride to tens of thousands of alumni in the last century. We’re closing in on having Mohawks as our mascot for 100 years. It also happens to be a time when Native American mascots are under scrutiny and we are building an amazing new fieldhouse that should be filled with branding signs and logos,” said Trask.

Previous Globe Gazette reporting traces the school district's use of the name "Mohawk" for sports activities to February 1925.

According to Trask, Mason City High School teacher John Lee contacted the Mohawk tribe, located in New York, to get their thoughts on the usage of “Mohawk.” Trask added Lee was told imagery like spears and arrows were fine along with the use of their name, although they did not want to endorse it. Trask recommended to the board create a partnership with the Mohawk tribe, in which the tribe's history would be shared with Mason City students.

“I think it would be neat if we could flip the script and instead of losing another mascot in America, we gain a partner. The Mohawks are preserved in Mason City while the people get proper remembrance,” said Trask. “We currently have several logo options that have just a spear and feathers that would be great to use as a standard logo. But if we were going to sanitize ourselves to being a generic ‘MC,’ then we should either embrace all the way in or move on at this time.”

Arndt said her issues with the logos were how the logos would be reproduced on gear and how much it would cost to print since some logos are more than two colors. Another concern Arndt brought to the board’s attention was licensure and royalties when using the logos on spirit gear.

Arndt brought up her research into the recent rebranding that Clear Lake Community School District went through, saying that it didn’t cost them anything to go through the yearbook company Josten’s.

“I know as a school district, we always want to be conscientious of what we spend and I know that part of this is also for your web design. I hope the costs that were presented are mostly for your web design and not for your athletic logos as well,” said Arndt. “So please, when you do change the logo or when you get to that point where you want to change the logo, think of these things because it will feed into costs of our athletic department.”

Board director Jacob Schweitzer said what he has heard from the general feedback from those in the district was that they did not like either of the logo options.

When it came time for the board to discuss, board director Jodi Draper moved to table the discussion of the logo design until hearing more from the community. She added that finding out a best next step would be exploring all options, like letting go of the Mohawk name or partnering with the Mohawk tribe.

“I think if we’re going to do it, then let’s have it documented that it’s okay and do it as a partnership,” said Draper.

Superintendent Dave Versteeg said the board can receive an update on progress on Nov. 1 and continue the conversation over the logos.

Board director Brent Seaton asked what deadline they needed to set since items of the fieldhouse needed to be branded. Dale Bentlage, chief strategist for Juicebox, said they would like to stay as close to construction timeline as possible and would expand their design “net a little wider.”

The Mason City School Board gave their thoughts and opinions during a preview of possible professional and athletic logos on Monday night.

Denied services for Medicaid members increased dramatically following the 2016 switch to managed care, according to a new report from the Iowa State Auditor’s Office.

Currently COVID-19 numbers have steadily have been in decline in a majority of North Iowa but school age demographic still remains high.

Mohawk tribes: Don't use our name for your logo, mascot

As the Mason City School Board continues discussions about whether to keep or change its "Mohawk" nickname and logo, Native American voices ar…

The Mason City School Board discussing next step with new logos on Monday night. 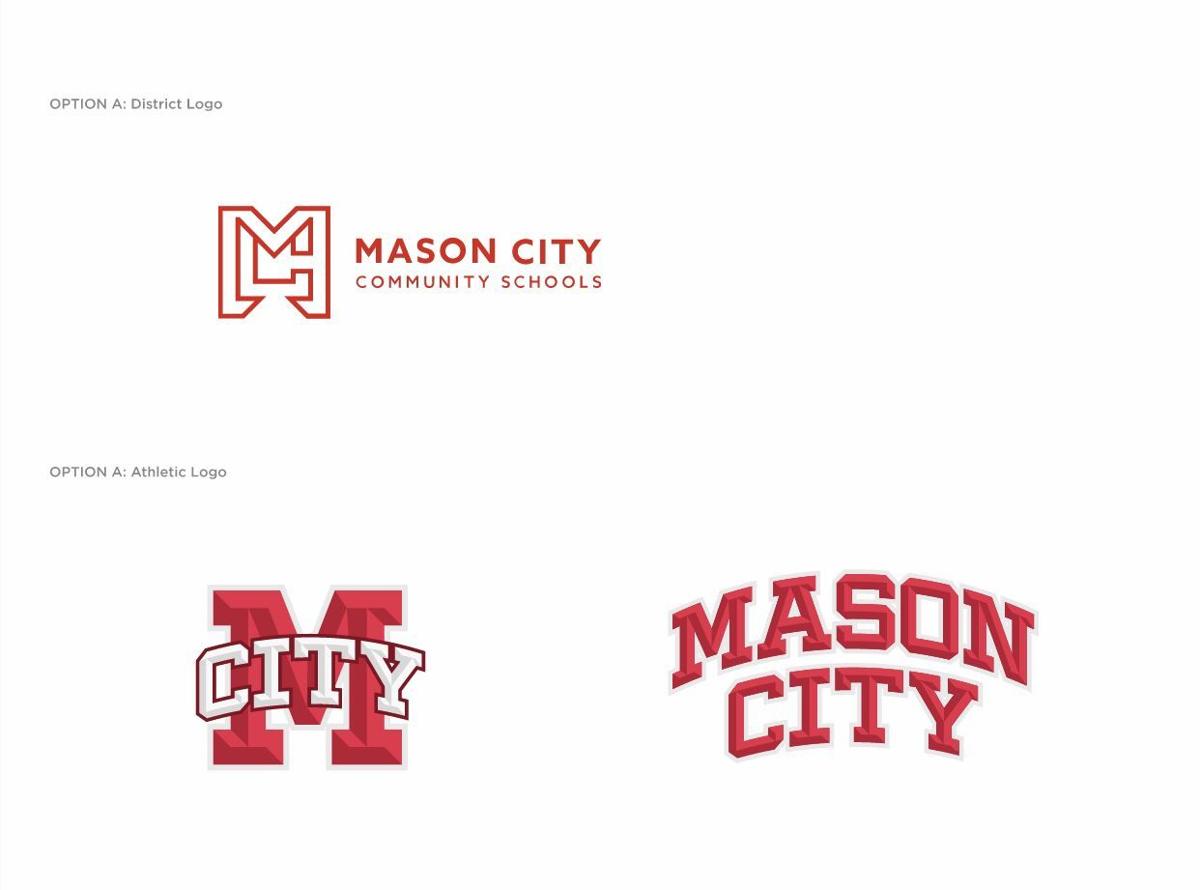 Juicebox Interactive's option A, which was shown first. The top logo is the professional logo and the bottom is the athletic logo. 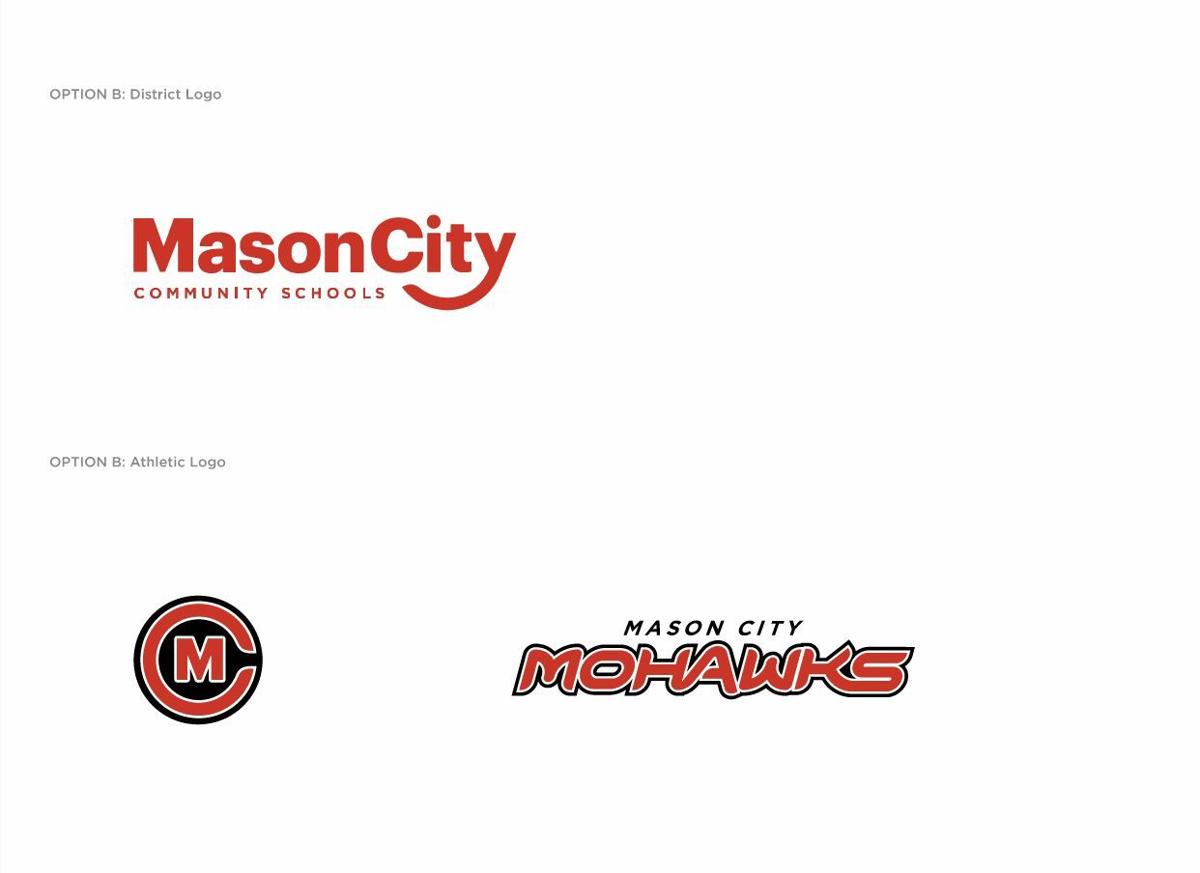 Juicebox Interactive's option B, which was shown second. Top logo is the professional logo and the bottom is the athletic logo.