Clear Lake students last Thursday and Friday were filmed and will be featured in an upcoming documentary which details the story about Don McLean’s iconic song "American Pie."

The documentary “The Day the Music Died” will detail the musical influences that inspired McLean to write the song. A big impact toward the lyrics was music pioneers Buddy Holly and Ritchie Valens and The Big Bopper, who were killed in a plane crash near Clear Lake on Feb. 3, 1959. McLean’s American Pie is why now Holly and Valens deaths is now coined as “the day that music died.”

Film director Mark Moormann said McLean saw a cultural shift during the 1960’s and that death “percolated” his own life. He added those influences led McLean to create an album focused on America and its history.

“(McLean) wanted to make an album about America and then he wrote about what would become American Pie,” said Moormann.

Over two days, Clear Lake students were filmed and interviewed during their school day. One group the film crew followed closely was the Clear Lake High School marching band due to their halftime performance relating to McLean’s song.

“I had to hold back tears sometimes because it was just, as a whole, it was the community coming together through music. It was my kids being kind of the center of it,” said Clear Lake Band Director Holly Prier. “It was just a lot of people that were involved and all I’ve wanted to do is bring people together through music and it’s a really big way to do that.”

Prier said the crew followed her and the band as they went through practice. She added they also attended the football game to capture the band's performance in front of a crowd.

“I felt like I was able to just keep things normal and I think that helps the kids stay focused as well,” said Prier.

Sophomore tuba player Mia Lockwood said she was a little intimidated at first by the cameras but got comfortable as time went on.

“We knew it was going to be recorded for thousands and thousands of people to see afterwards and even though all the stress and pressure was on us, I still somehow felt calm in the fact this is our time. This is our time to shine and show us,” said Lockwood.

Lockwood reflected on their filmed performance, saying that it was a moment that she felt very connected to her community.

“The most special moment was when we gathered as a band and we all sang American Pie. I just felt like I was really connected to this town. I had made a memory which is ingrained in my head forever. Because not only were we being filmed, but it’s just singing out loud and sing it proud for your town,” said Lockwood.

Junior trumpet player Kara Ouverson said it was an amazing experience and she valued how she could share Clear Lake’s history.

“I think it’s amazing that we have it and that my generation is knowledgeable of (Buddy Holly and Ritchie and The Big Bopper’s) music. Because they say the day the music died but the music lives on with the Surf Ballroom. I think that’s really cool,” said Ouverson.

Prier was a big reason why Moormann and his crew came to film the marching band and Clear Lake students. With the halftime performance centered on American Pie, which reached its 50th anniversary is this year, Prier received the suggestion this spring to reach out to McLean. Prier sent an email to McLean’s manager and was then sent information about the filming of a American Pie documentary.

Prier emailed the documentary crew and was able to meet them this past August during the Clear Lake car show. Moormann said he was impressed and inspired by Prier having the courage to email McLean.

“You have to have the audacity to try and she did by reaching out through an email,” said Moormann.

Moormann, who has made four other documentaries, was approached to make the documentary over American Pie back in Feb. this year. Moorman said the moment he knew he could make something great was when he went to the Surf Ballroom for the first time.

“I was really excited to capture Clear Lake and the community in the film,” said Moormann.

Along with capturing footage of Clear Lake students and the marching band, Moormann has captured a variety of Clear Lake events and community features. He added that the school district and the community had gone out of their way to welcome him and his crew and he wanted to feature who they are.

“(Students) were really excited to be a part of it and it made me excited about it,” said Moormann.

Prier said her students will reflect on the experience with meaning and how the community of Clear Lake had rallied together for the documentary.

“It’s the whole idea of community around the song essentially and I think that’s the goal of the documentary, where (Moormann) talks about how the song brings people together,” said Prier.

The documentary is expected to debut sometime in May of 2022 on a major streaming service, according to Moormann.

Decorations from cute to creepy: North Iowans show off their Halloween spirit

The Halloween season isn't just for candy and costumes, it's also a time for checking out the festively decorated houses.

Lita Ford will be taking the stage at the Surf Ballroom on Jan. 14. 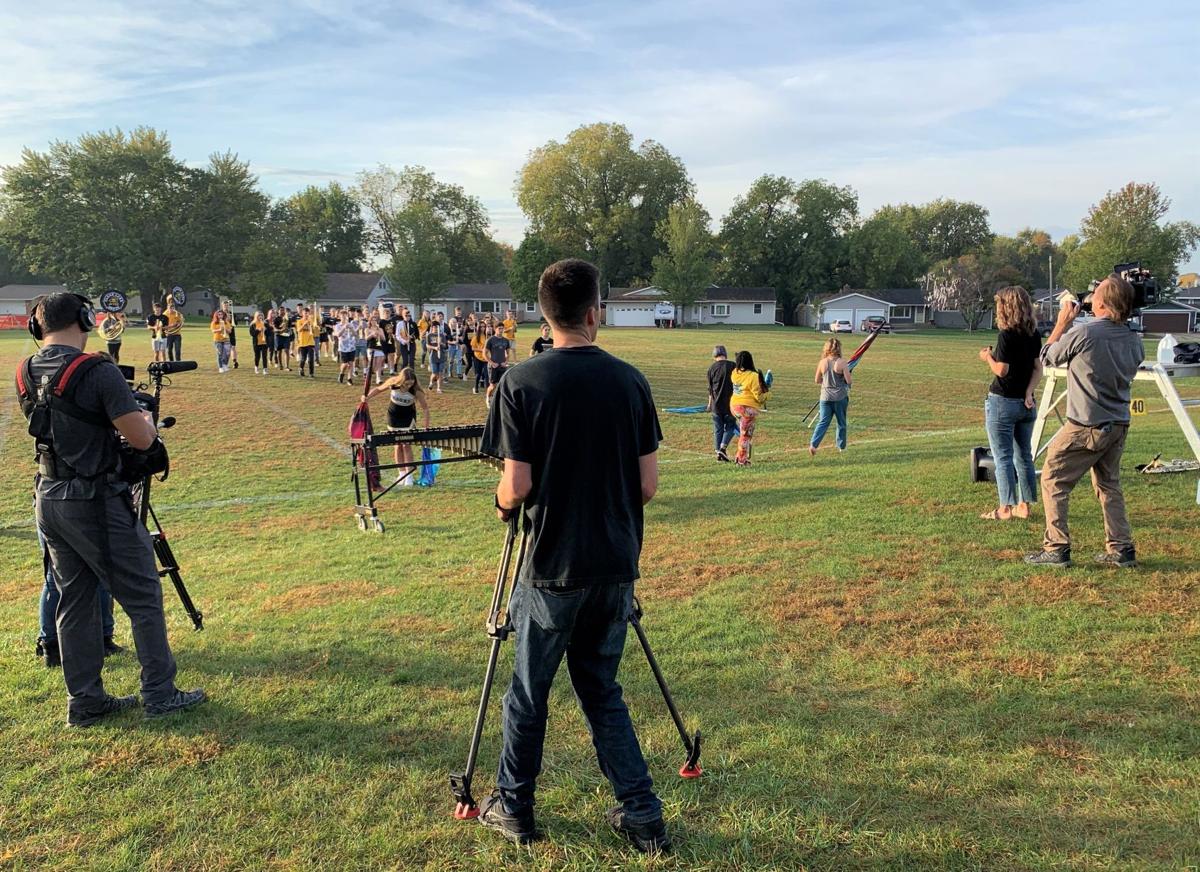 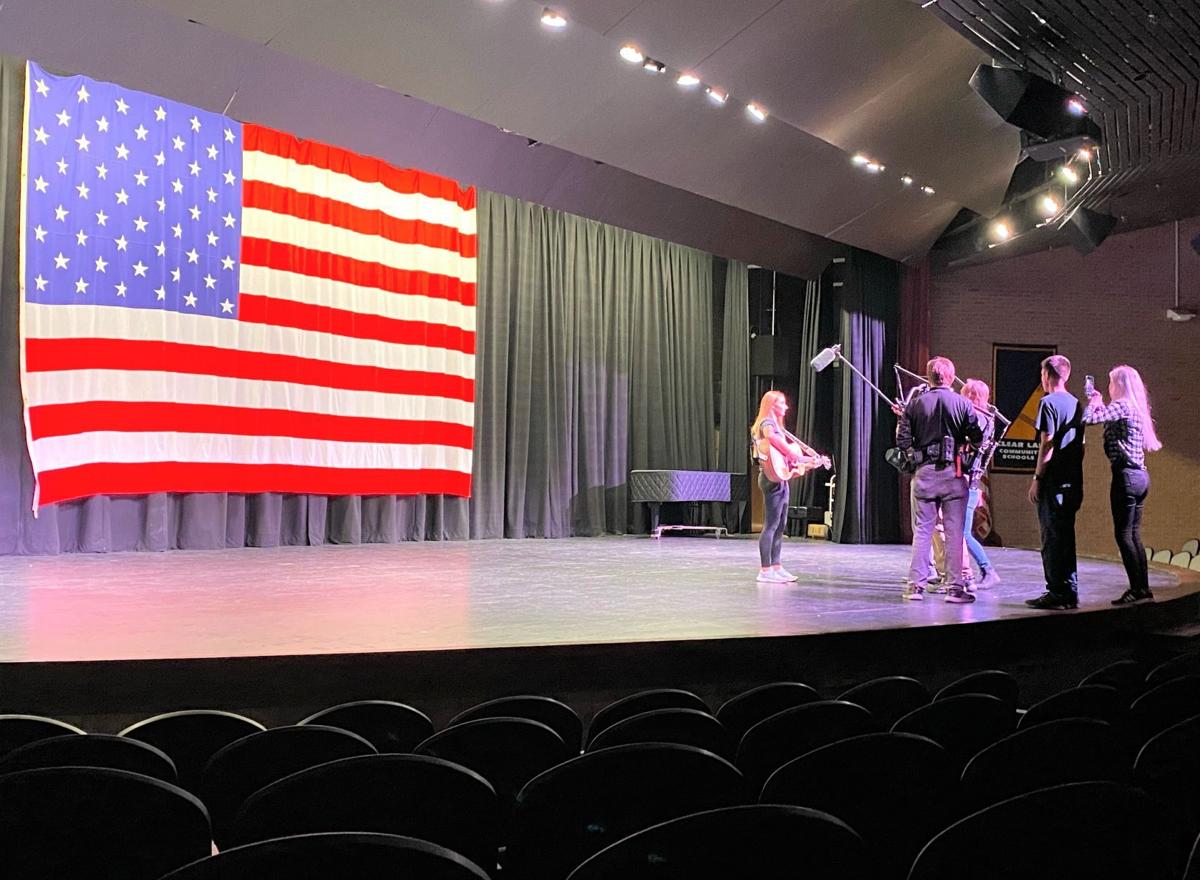 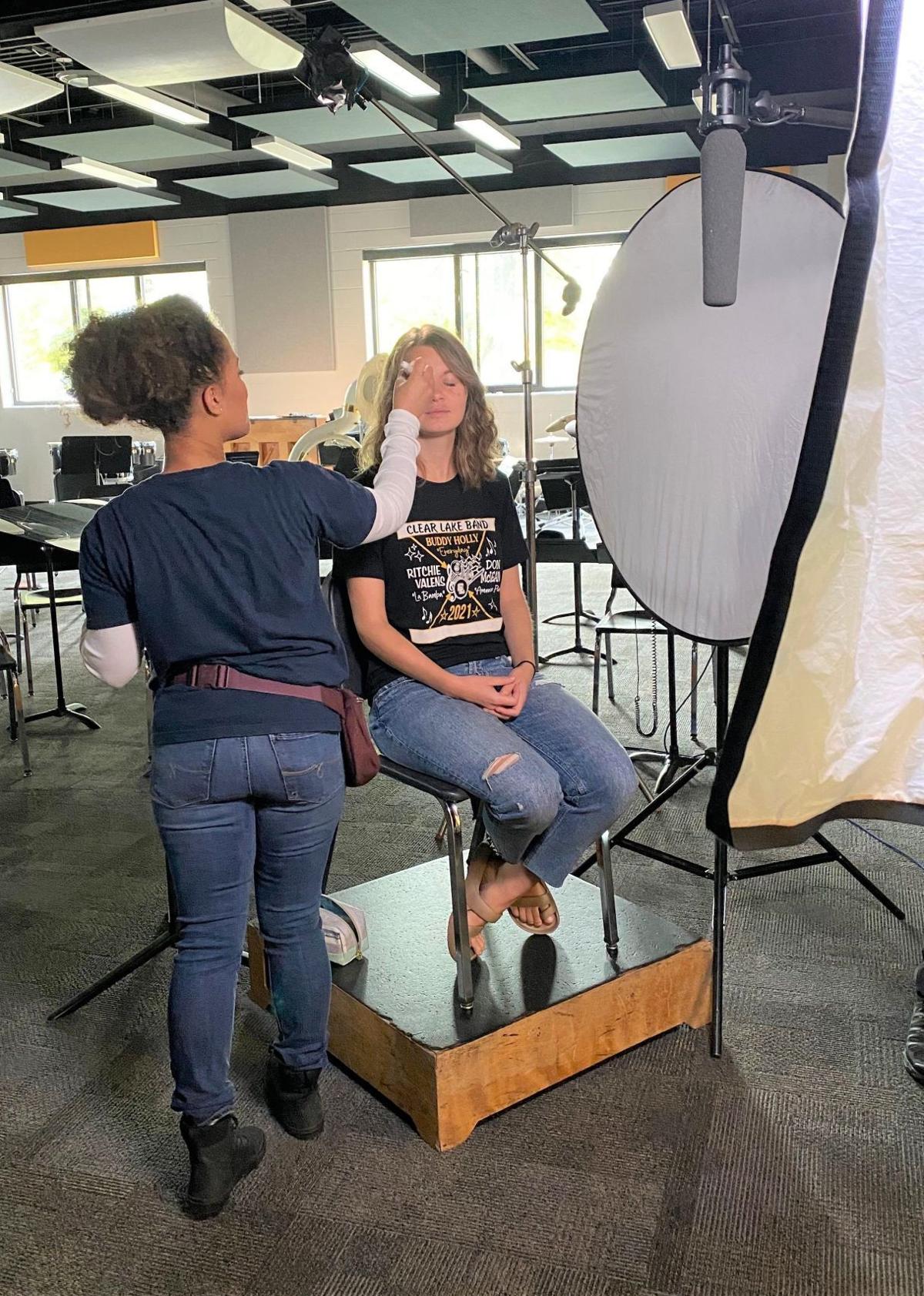 Clear Lake Band Director Holly Prier getting her make up done before being interviewed by the "The Day the Music Died" documentary film crew last Friday. 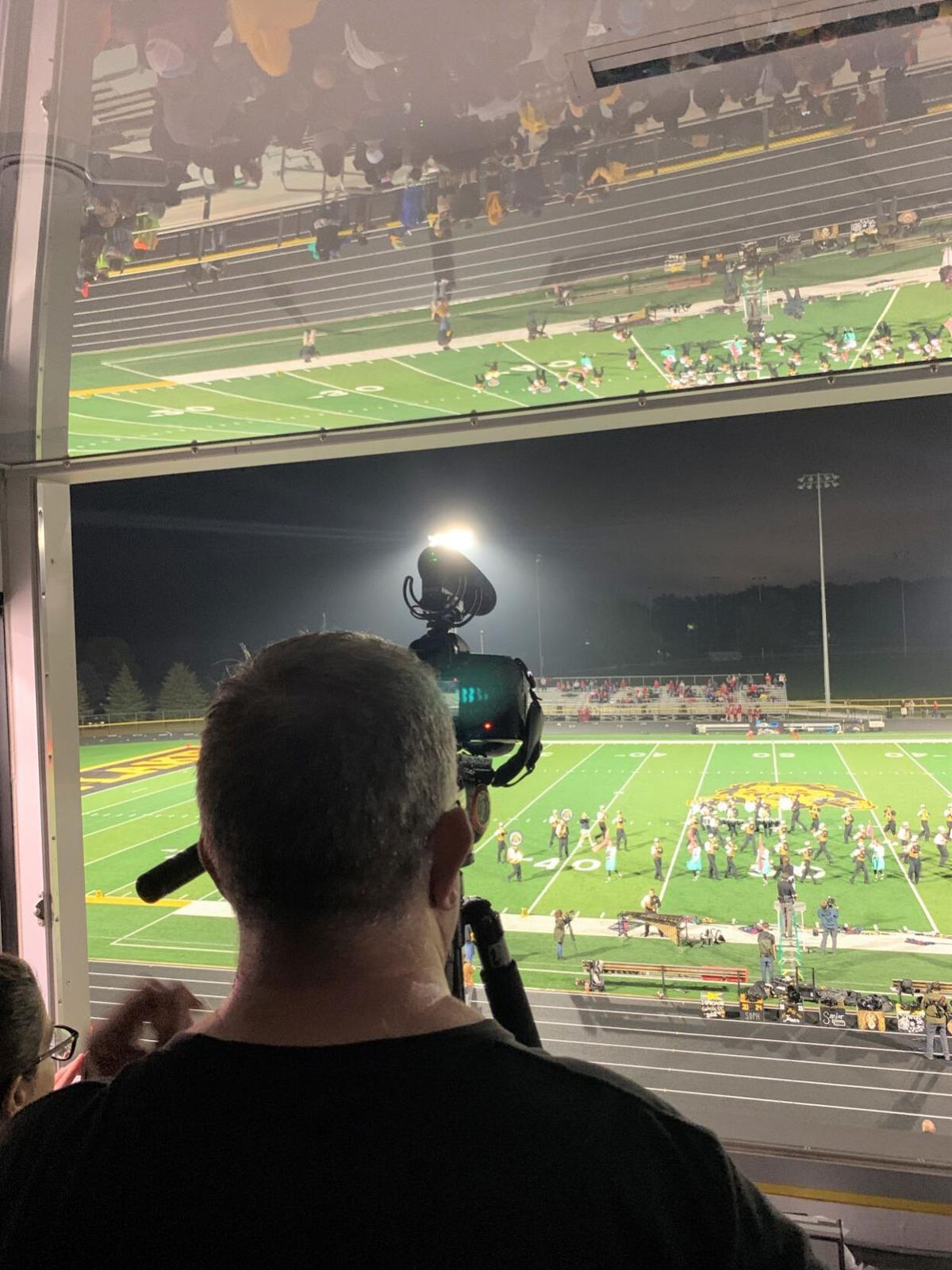 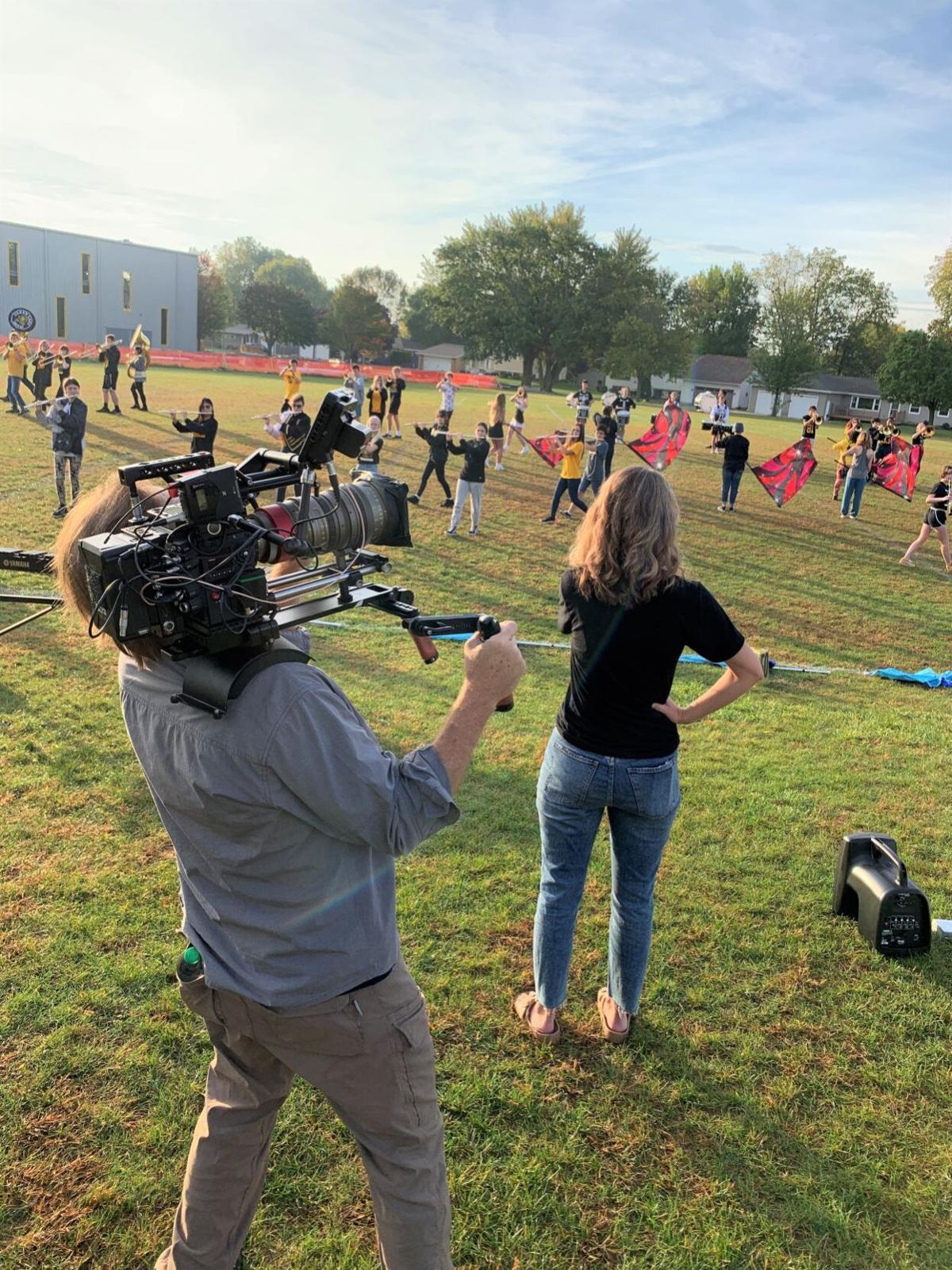