The Clear Lake Community School District will pay more than estimated for the next three projects included in its $18 million bond referendum.

The Clear Lake Board of Education unanimously approved bids for the gym vestibule area, high school interior renovation and the high school parking lot expansion Tuesday evening during its meeting.

Collectively, the approved bids for the projects total nearly $3.3 million, which is about $500,000 more than estimated by ATURA architecture. The largest difference was seen in the gym vestibule area, originally estimated at $1.7 million.

“I do want to preface this, as we were going through this and designing it this did kind of morph into a really neat place,” said Doug Gee, Clear Lake Schools superintendent, about the gym vestibule area. “I mean we designed a really first-class facility.”

The school board released the projects for public bid in February, and the bids were opened last week.

Dean Snyder Construction, of Clear Lake, had the lowest base bid at $2,202,994 followed by Henkel Construction, of Mason City, at $2,392,000 and Joseph Company Inc., of Austin, Minnesota, at $2,560,000, according to a bid tabulation provided by ATURA architecture.

Gee attributes some of that to the relocation of the restrooms and the concessions from the high school office area to the gym vestibule as well as the cost of construction materials.

“The only place I was really off was the structural steel and steel studs,” said Mark Kroemer with ATURA architecture, of Clear Lake. “I was basing cost estimates on the wellness center, which wasn’t that long ago, but the last couple months have been crazy.”

Kroemer said he also inadvertently excluded the cost of seating in the team room, about $44,000, in the estimate.

The school board unanimously awarded the contract, including a $2,300 alternate to replace a concrete slab, to Dean Snyder Construction.

Dean Snyder was also awarded the contract for the high school interior renovations project with the bid of $762,994.

The project involves the reconfiguration of the high school office area to accommodate a counseling office, special education classroom and conference room.

Although Heartland Asphalt had the lowest bid for an asphalt parking lot, the school board awarded the contract to Wicks Construction because it decided on a concrete lot for more longevity and less maintenance.

“We estimated $400,000 so all these bids are reasonable, but I would go with the more durable product,” said Tony Brownlee, school board member.

The board also voted to include the $13,500 alternate to add a sidewalk and light fixtures from the parking lot to the new gym entrance.

In November, the school board approved a contract with ATURA architecture to design and oversee the construction of its new gym vestibule area, collaborative learning spaces and parking lot.

Under the contract, ATURA architecture proposed fees of 7.15% for the vestibule area, 8.25% for the collaborative learning spaces and 5.5% for the parking lot projects.

Because the bids for the gym vestibule area and high school renovations came in higher than estimated, ATURA architecture will receive about $30,000 more in architectural fees from the district.

Kroemer said the firm, which has worked with the district on Clear Creek Elementary, Lions Field and the wellness center, has discussed donating those additional fees back to the school for its graphics.

“We haven’t decided on exactly what, but we do intend on donating some of that back because it did come in over,” he said.

LRI Graphics & Signs, of Grimes, will do the gym vestibule graphics, and Gee told the school board that work will be awarded in a separate contract later.

Bob Lashier, a Clear Lake High School graduate, owns LRI Graphics & Signs and his company’s work has been showcased throughout the district recently at the Lions Field Athletic Complex and the high school gymnasium.

Construction on the gym vestibule area is expected to begin on March 15, while the other two projects aren’t slated to start until June 1.

All three projects are scheduled to be substantially completed by Aug. 20 ahead of the district’s first day of school.

The projects are included in the $18 million bond referendum residents passed in March 2020.

The vote gave the school district the authority to issue debt for construction and improvement projects at its elementary school, middle school and high school facilities.

In the year since residents approved the bond referendum, the district has completed projects at Clear Creek Elementary, Lions Field Athletic Complex, E.B. Stillman Auditorium and the high school greenhouse.

Construction on the recreation and wellness center, which is being done in collaboration with the city of Clear Lake, began in August and is scheduled to be finished in December.

Gee said even with the bids for the gym vestibule, high school renovation and parking lot expansion coming in higher than expected, the district is still sitting in good shape when it comes to its bond funding.

It has nearly $1 million in referendum funds currently unaccounted for, but he, and the school board, agreed the district wouldn’t proceed with additional projects until the ones in process were completed.

Other projects the district has discussed doing are paving of the parking lots at the softball and football fields, Lions Field Athletic Complex walking trail, flex spaces in the middle school, a new sound system at E.B. Stillman Auditorium and a turf baseball field.

As winter sports are kicking off, the Clear Lake Community School District is wrapping up its additions and renovations at the high school.

The wellness center, a collaboration between Clear Lake Community School District and city of Clear Lake, is scheduled to be substantially completed in December.

The Clear Lake Community School District is proposing to keep its property tax levy the same for the fifth consecutive year.

A project update discussion at Tuesday's Clear Lake School Board meeting led to talks about recouping financial losses the district has incurred due to construction deadlines not being met. 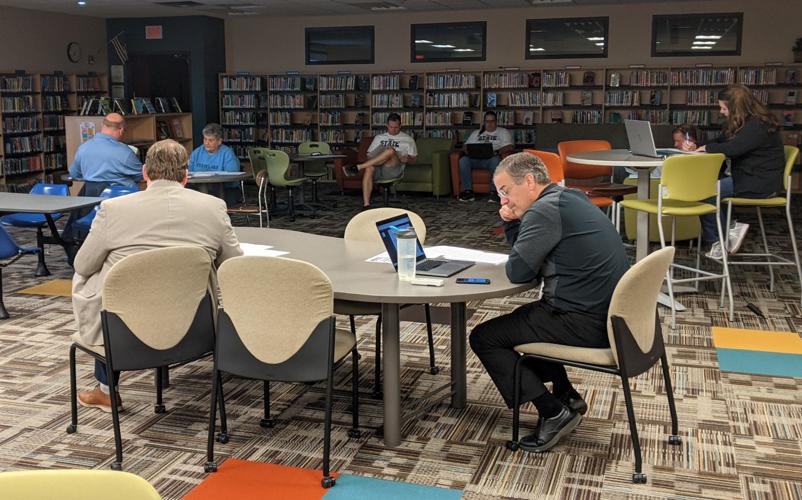 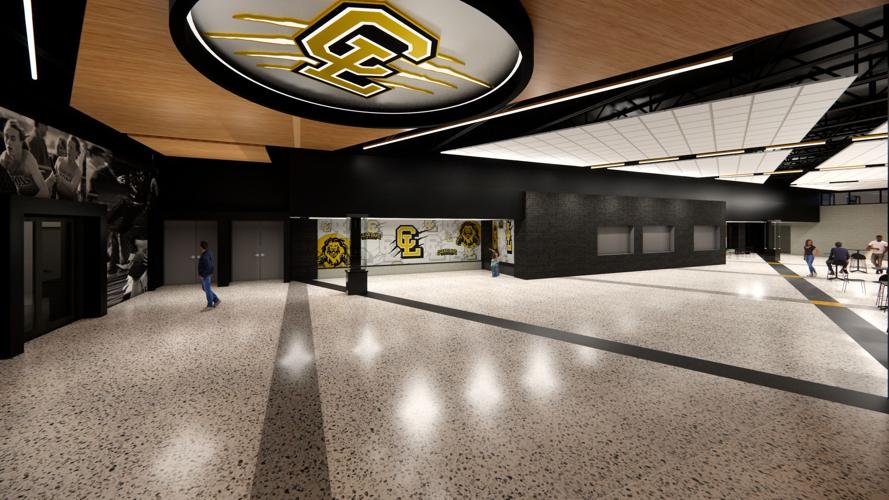 A interior rendering of Clear Lake Community School District's gym vestibule area, which is slated to be completed before the 2021-2022 school year. 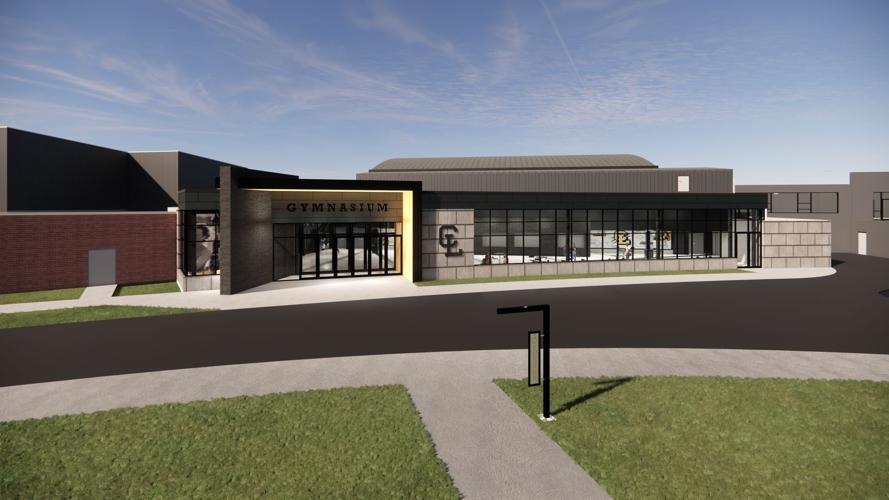 A rendering of the Clear Lake Community School District's gym vestibule area. The project is expected to begin in mid-March.