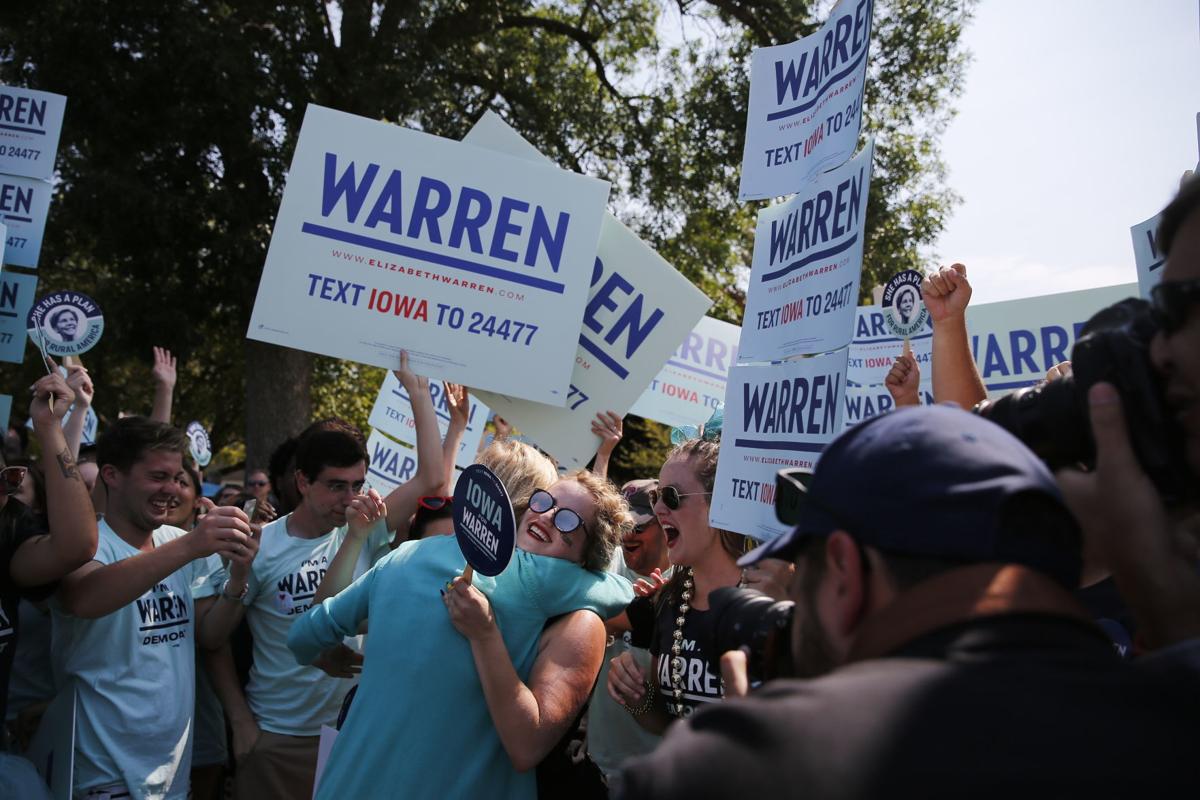 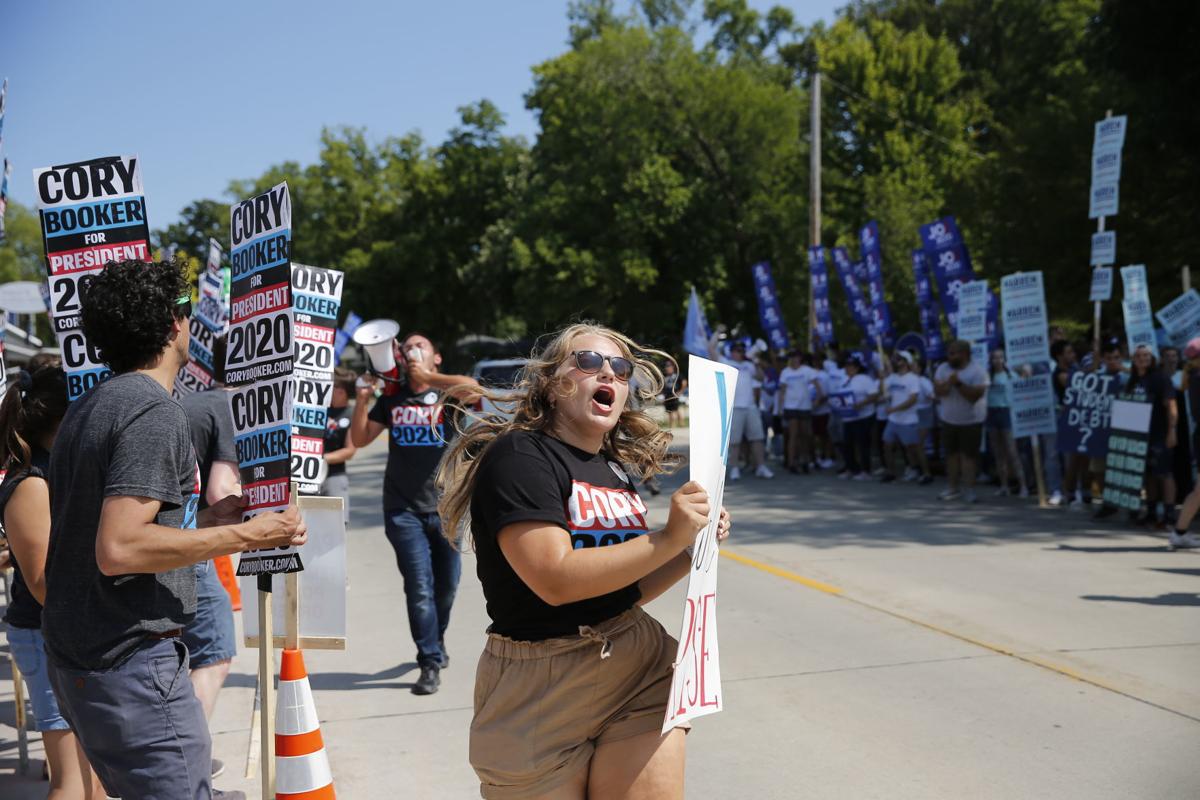 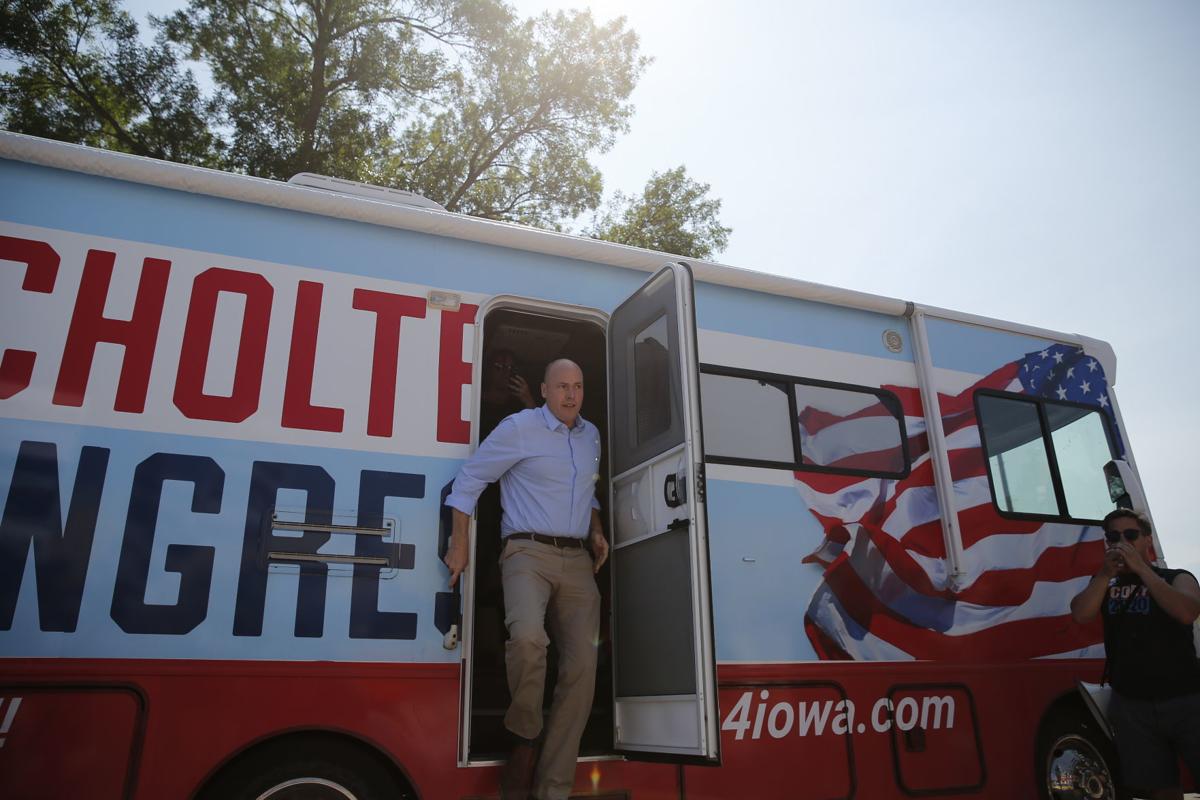 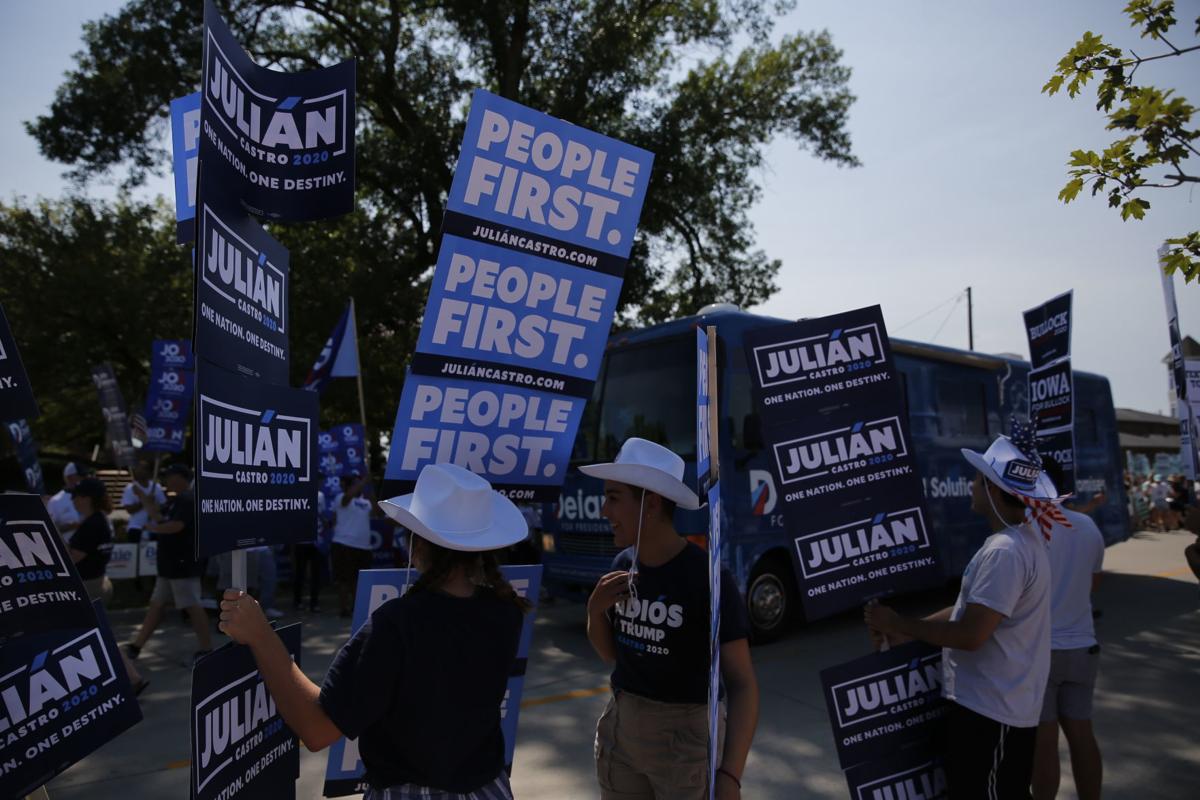 She, like many Democrats, was unhappy with the results of the 2016 election that placed Donald Trump in the White House after eight years of democratic leadership.

“I should’ve got involved in politics, but I sat back and pouted,” she said. “Now, I’m getting involved.”

Backhaus, a retired Manly educator, was among dozens of North Iowans who gathered for a reception hosted by Iowa legislators Rep. Sharon Steckman and Sen. Amanda Ragan, both Mason City Democrats representing North Iowa, ahead of the Iowa Democratic Wing Ding at the Surf Ballroom and Museum.

“This is exciting,” said Backhaus, who attended her first Wing Ding Friday. “To see all these people come together is unbelievable.”

An energy — and optimism — about the party’s future filled the Surf District and the neighborhood surrounding it, and those in attendance were anything but tired of talking about the 2020 presidential race.

Some North Iowans voiced support for specific candidates, like Elizabeth Warren, Bernie Sanders and Joe Biden, while others remained undecided ahead of the Wing Ding fundraiser.

Henry Shannon, of Mason City, said that he came in undecided but two candidates really clicked for him.

“I was impressed by Mayor Pete and Cory Booker,” Shannon said.

“I thought Biden wasted six minutes of his time.”

Even with the possible new support, Shannon added that it’s not as simple as one specific thing. “It’s the overall message.”

“It’s hard to make a decision because they’re all good people and they all have good ideas,” said Barb Olson, of Clear Lake.

Olson sat in a booth with Paulette and Ray Hammer, of Forest City, who have narrowed their support to two or three unnamed candidates.

They agreed no matter who is selected as the Democratic presidential nominee, he or she needs to introduce a policy that’ll garner support from area farmers.

“No matter who comes out against (Trump), we will win. I’m confident,” Paulette Hammer said.

“Any (candidate) is strong enough to beat the president, it’s just a matter of margin,” he said. “The Democratic bench is deep.”

Suby, and his wife, Connie, have attended nearly all the Democratic presidential candidates’ campaign stops in North Iowa this year.

So far, Warren has earned their support.

The couple, who described themselves as former independents, became engaged in politics during Barack Obama’s presidency.

Their primary topic of concern is climate change,

Suby’s friends Pat Fuller, of Mason City, and Marlene Brown, of Manly, said they, too, are concerned about climate change as well as gun control.

“I’m concerned about the future of our country,” Brown said.

Brown said she supports Biden, while Fuller, who has met at least 10 of the candidates, said she favors Warren.

The women agreed the Democrats need to rally their support for one candidate to defeat the Republicans in 2020, and they’re hoping that can be done sooner rather than later.

“I don’t care who gets it. We’ll back them,” Connie Suby said. “It just has to be a Democrat.”

Dancing in the Clear Lake streets

Senator Bernie Sanders is making another swing through North Iowa this coming week.

Globe Gazette staffers are in Clear Lake as Democratic presidential candidates arrive and participate in the annual Wing Ding. If you can't ma…

What it takes to make the Iowa Wing Ding sing

Four questions from the Globe for Joe Biden and Pete Buttigieg

There’s been an ongoing trade war with China, and the district that we’re in has a keen interest in that dispute, how much do you worry about …

Clear Lake was a summer destination for thousands even a century ago.

Candidates tout endorsements, but do they matter?

While there is research suggesting endorsements are critical to what scholars call the “invisible primary” — the race to get the support of party leaders — some doubt endorsements foreshadow the outcome of the Iowa caucuses.

Fatigue has not yet hit Iowa Democrats, candidates are running out of time

Iowa Democrats are not yet worn out by the field of 23 candidates vying to be their party’s nominee for president but the time is coming.

Meet the 10 Iowans running for president

CEDAR RAPIDS — Wednesday Green is running for president to speak for working people.

CEDAR RAPIDS — The proverbial Labor Day gun has gone off to start the 2020 presidential campaign, and Joe Biden says he is comfortable with wh…

CEDAR RAPIDS — Joe Walsh thinks that many people who voted for Republican Donald Trump in 2016 are looking for an alternative in 2020.

Joe Biden is making good on his promise that Iowans will see a lot of him before the presidential caucuses in February. 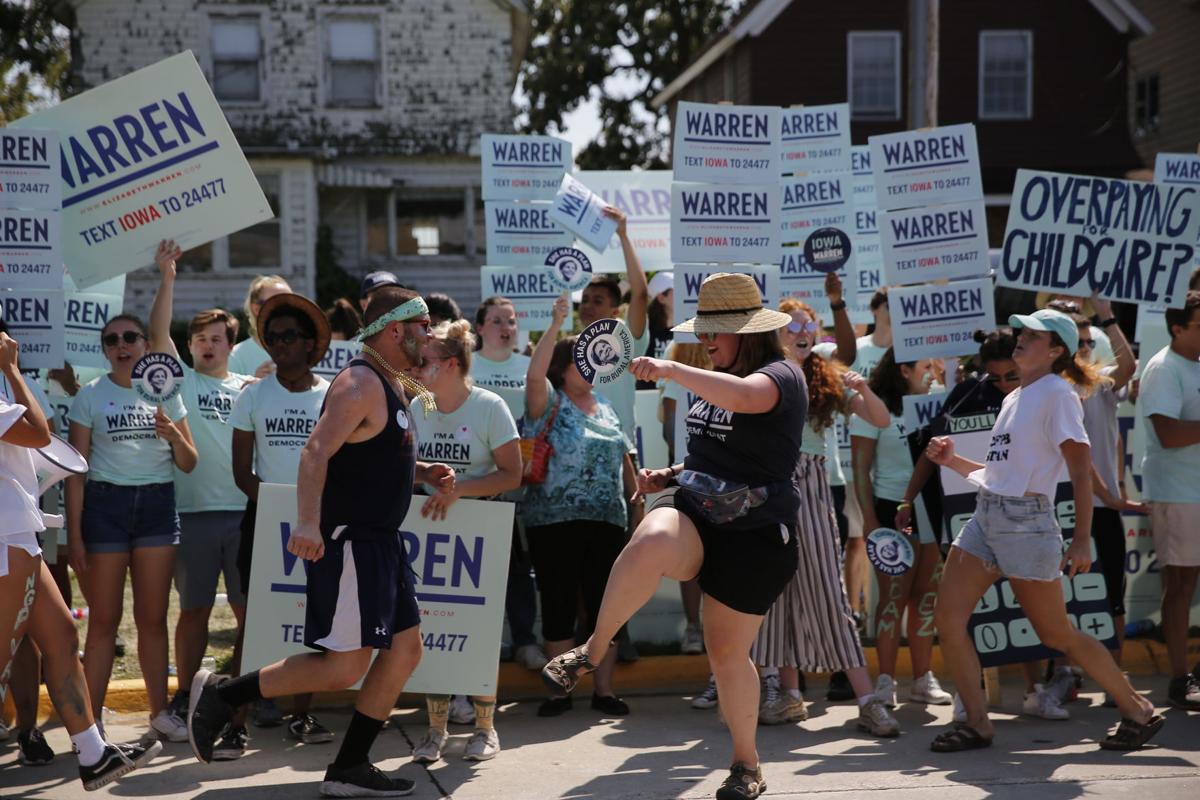 Democratic presidential candidate Elizabeth Warren's supporters dance on the streets at the Iowa Democratic Wing Ding in August near the Surf Ballroom in Clear Lake. 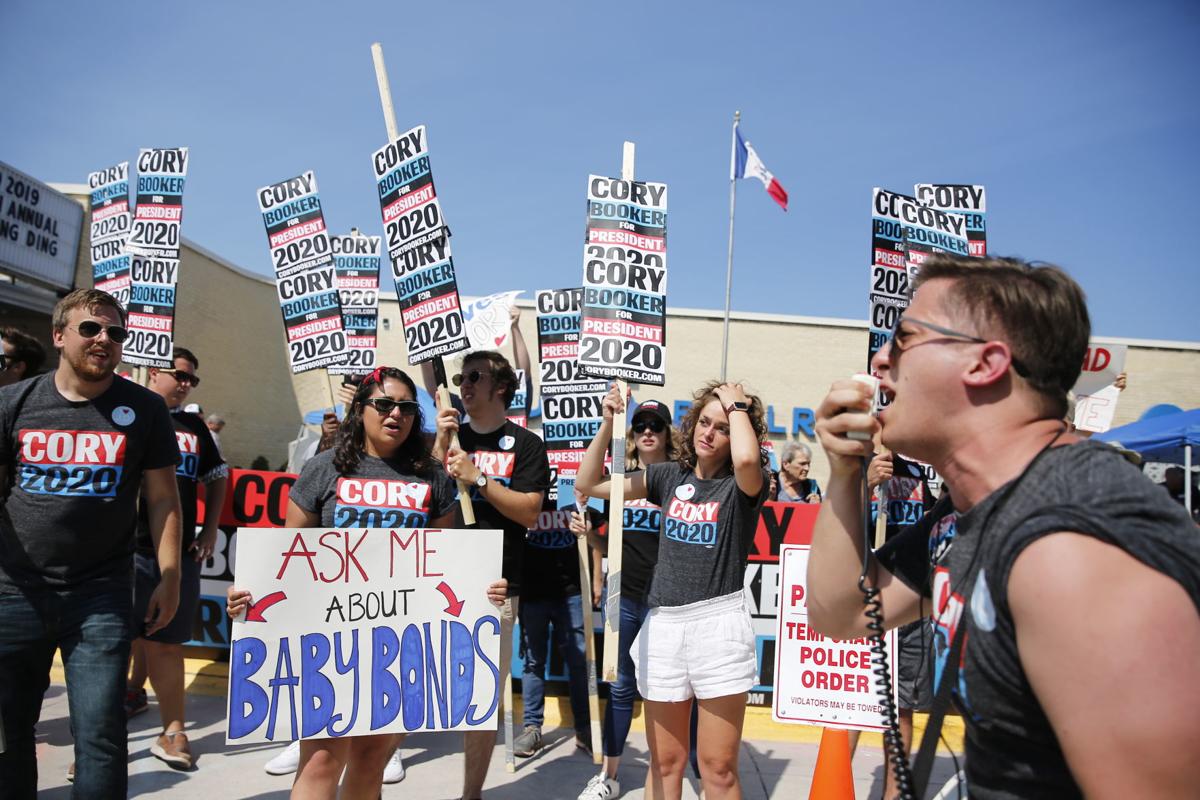 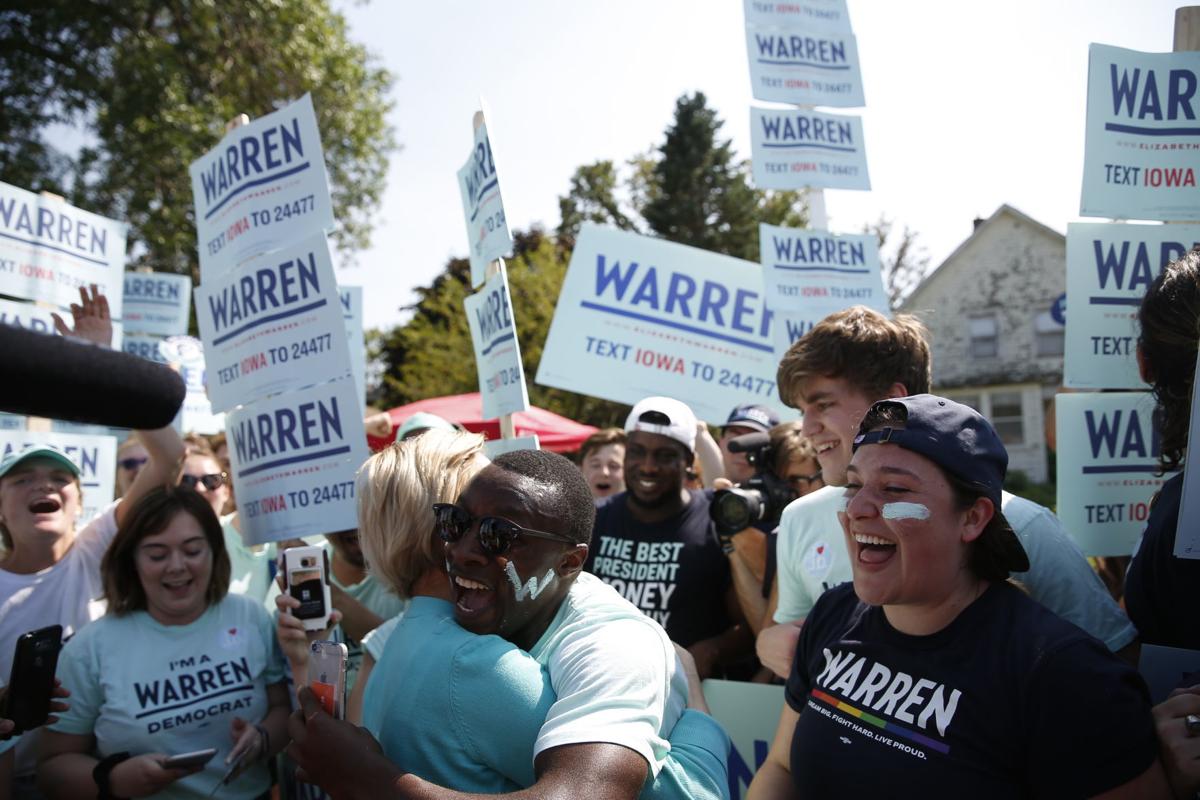 Democratic presidential candidate Elizabeth Warren meets with supporters at the Iowa Democratic Wing Ding in August at the Surf Ballroom in Clear Lake. By most local experts' consensus, Warren's campaign has been the best at organizing in Iowa.