A man and a woman from Minnesota charged in the beating of a woman at a Northwood hotel in December 2018 have received jail time following a plea bargain.

Abdirizak Warsame Mohammed, 41, of Columbia Heights, and Kadra Bashir, 32, of Minneapolis, initially were charged with felony willful injury causing serious injury, which carries a maximum penalty of up to 10 years in prison.

Bashir was sentenced on Wednesday to four days in jail after pleading guilty to a misdemeanor charge of accessory after the fact. A $625 fine was suspended.

Mohammed was sentenced last month to 30 days in jail after pleaded guilty to misdemeanor assault with intent to inflict serious injury. A $625 fine was suspended.

A Worth County Sheriff’s Deputy was dispatched to the Holiday Inn, 4712 Wheelerwood Road, for a fight in progress in a room on the second floor on the evening of Dec. 1.

The alleged assailants left the hotel before the deputy arrived, according to court documents.

The injured woman’s left eye was completely swollen shut and starting to bruise, court documents said. He face was bloody and she also told the deputy that one of her teeth had been knocked out.

The woman told the deputy that Mohammed and Bashir asked to stay in her room because they were intoxicated and could not drive.

The two started to smoke and destroy the room, according to court documents. The woman said she told the two to stop.

Mohammed allegedly jumped onto her and started punching her in the face before starting to strangle her.

The woman said she fought back, and Bashir started to hold her down while Mohammed continued to punch her.

Bashir and Mohammed were arrested at the end of December. 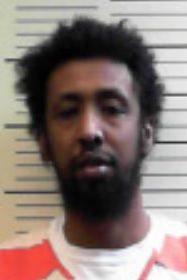 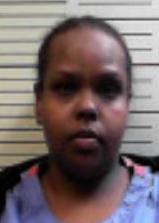