MOUNT PLEASANT -- Zachary Paul Koehn took the stand on Friday to challenge charges that he is responsible for his infant son's death from neglect in 2017.

Charged with murder and child endangerment causing death, Koehn, 29, of Alta Vista, said he had entrusted the care for young Sterling Koehn to the child's mother, Cheyanne Harris, who is being tried separately.

"I put my trust in the wrong person," Koehn said more than once as jurors listened. Dressed in a white shirt, he maintained his composure as he testified about Sterling's birth in May 2017, his own schedule driving a truck and his observations in the last days of the baby's life.

Prosecutor Coleman McAllister questioned why Koehn, Harris and their daughter were well fed and healthy while his son was dying of malnutrition in the back bedroom.

"Would you agree you took better care of Leo (the family dog) than you did of you own son?" McAllister said.

A medical examiner said Sterling died of malnutrition, dehydration and infection from unchecked diaper rash. A time of death wasn't determined, but a forensic entomologist said the bugs on the child showed the baby's diaper hadn't been changed for nine to 13 days.

Koehn, who was raised in the Mennonite community before leaving the faith, said he had trusted Harris -- Sterling's mother and the mother of his then-2-year-old daughter -- with the baby's care. Harris didn't work outside the home.

Testimony from earlier defense witnesses was that the men in the Mennonite community were traditionally responsible for earning a living, and the women would take care of the home and look after the children.

Koehn testified that he usually worked 70 to 80 hours a week hauling live chickens -- making runs to Minnesota and Wisconsin and back to Iowa. He said he under-reported the hours on his logbook because of transportation regulations that limit time spent on the road. At home, he would get about four or five hours of sleep per day, usually starting shortly after he arrived home in the early morning hours.

Sterling and Koehn kept opposing sleep schedules, Koehn told jurors. He said the child was usually asleep when he was off work, and he didn't want to wake the baby because he was colicky and had trouble sleeping as it was.

"I was not to disturb him when he was sleeping," Koehn said.

He testified that he never changed Sterling's diapers but once had changed a wet one on his daughter.

"I don't do well with diarrhea. I start to vomit," he said. "I have a very weak stomach."

He said he occasionally fed Sterling, but, like the diapers, that was usually Harris' duty.

Koehn said he overheard Harris and her doctor having a conversation about "baby blues," and he once found a pill bottle for Lexapro, which is used to treat depression and anxiety, in her belongings. But he said Harris never told him she was depressed, and if she had, he would have made an appointment to get her help, Koehn told jurors.

However, he also told the jury that they had discussed letting his older brother, who lives in Mississippi, take over Sterling's care. He had cleared it with his brother, but Harris wouldn't have it, he said.

Koehn, who was expelled from the Mennonite faith at age 16 for smoking and drinking, admitted to using methamphetamine beginning when he was 17 years old.

"We were working pretty long hours ... They said it was better than NoDoz," Koehn said. He said he only used the drug to stay awake while driving truck, but he admitted Harris also used the drug, which he provided to her. He said she would become difficult to deal with when he didn't give it to her.

Koehn said he quit using meth about two weeks before Sterling's birth, and McAllister questioned why after 10 years of using he suddenly stopped cold turkey. He also said the weekend before the tragic 911 call he had driven to Twin Falls, Minnesota, to trade leftover meth for baby supplies -- a couple of bottles, some blankets and toys.

Asked about odors coming from the back bedroom where Sterling stayed, Koehn said he remembered noticing the smell on Aug. 28, 2017, when he went to play with the child. He said he noticed a trash bag full of dirty diapers that he removed from the room and assumed any other odor was just the lingering aroma from the bag. He said he didn't see any gnats, which would be seen by medics two days later.

As jurors had earlier heard from Koehn's Iowa Division of Criminal Investigation interview, Koehn recounted coming home in the early morning hours of Aug. 30, 2016, and going to sleep about 6 a.m.

But he said he didn't hear Sterling crying that morning, which was at odds with what he told DCI agents. On the stand, he said he thought he heard the crying, but after the interview he talked with Harris and he realized he didn't. State witnesses had earlier opined that Sterling would have been dead or too lethargic to cry that morning.

He said Harris woke him hours later hysterical, and he found Sterling dead.

Under cross-examination, Koehn admitted he failed Sterling as a father.

"What did you do wrong?" McAllister said.

"You are not claiming that you only going to the eighth grade didn't give you the skills to care for a baby, are you ... Somebody who has an eighth-grade education knows a baby needs a diaper change, needs to be fed a bottle ... To be clear, there is nothing about you growing up in a Mennonite community that explains the death of Sterling, does it?" McAllister said.

There will be no trial on Monday, and testimony will resume on Tuesday morning.

Transcript of the 911 call on Baby Sterling Koehn's death

Here is a transcript of the 911 call to dispatchers the day Sterling Koehn, 4 months, of Alta Vista, was found deceased at home. 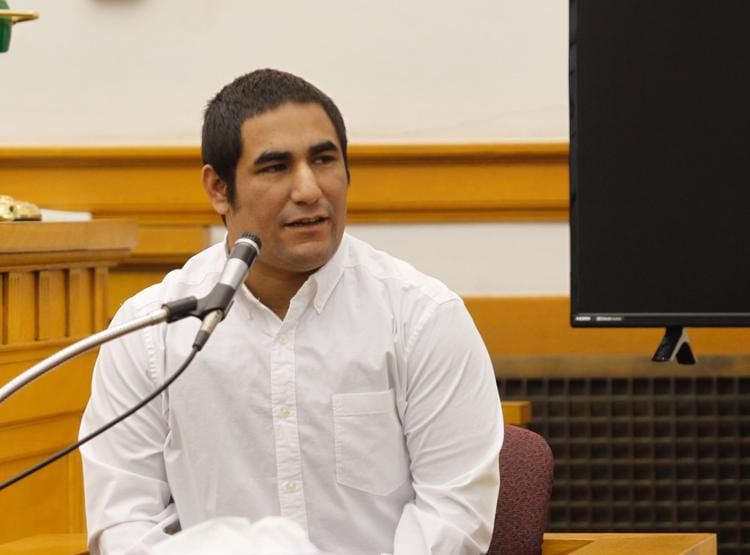 Zachary Koehn, 29, of Alta Vista, charged in the death of his infant son in August 2017, testified on his own behalf Friday in Henry County District Court in Mount Pleasant. The first-degree murder trial was moved there from Chickasaw County. 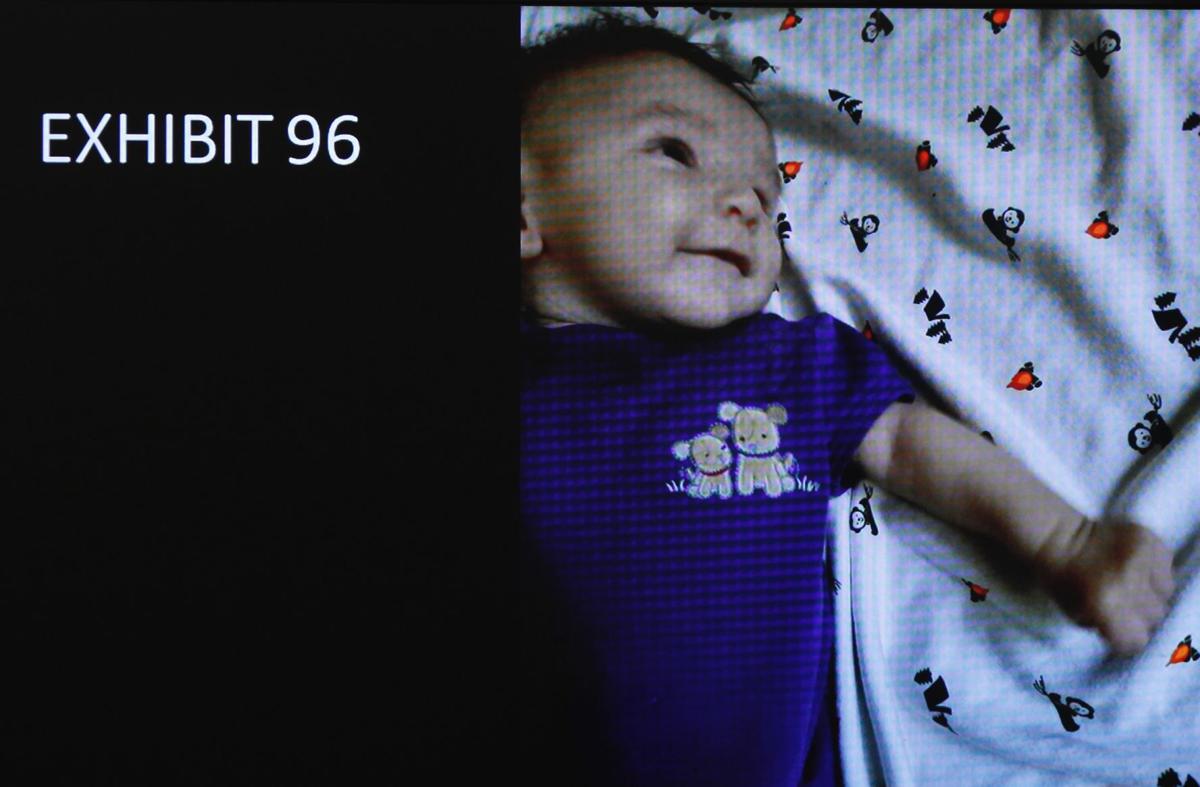