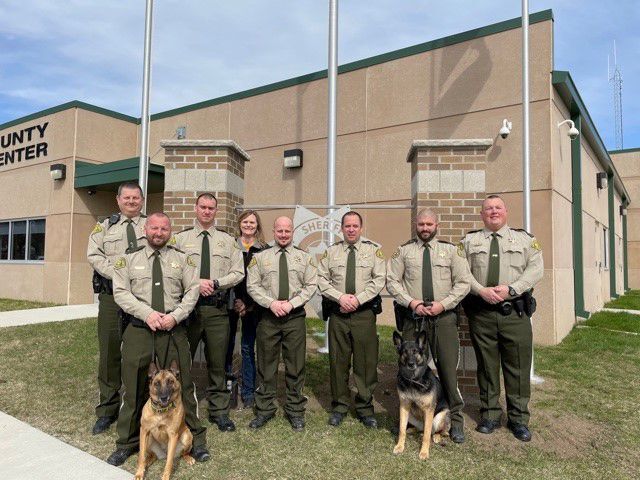 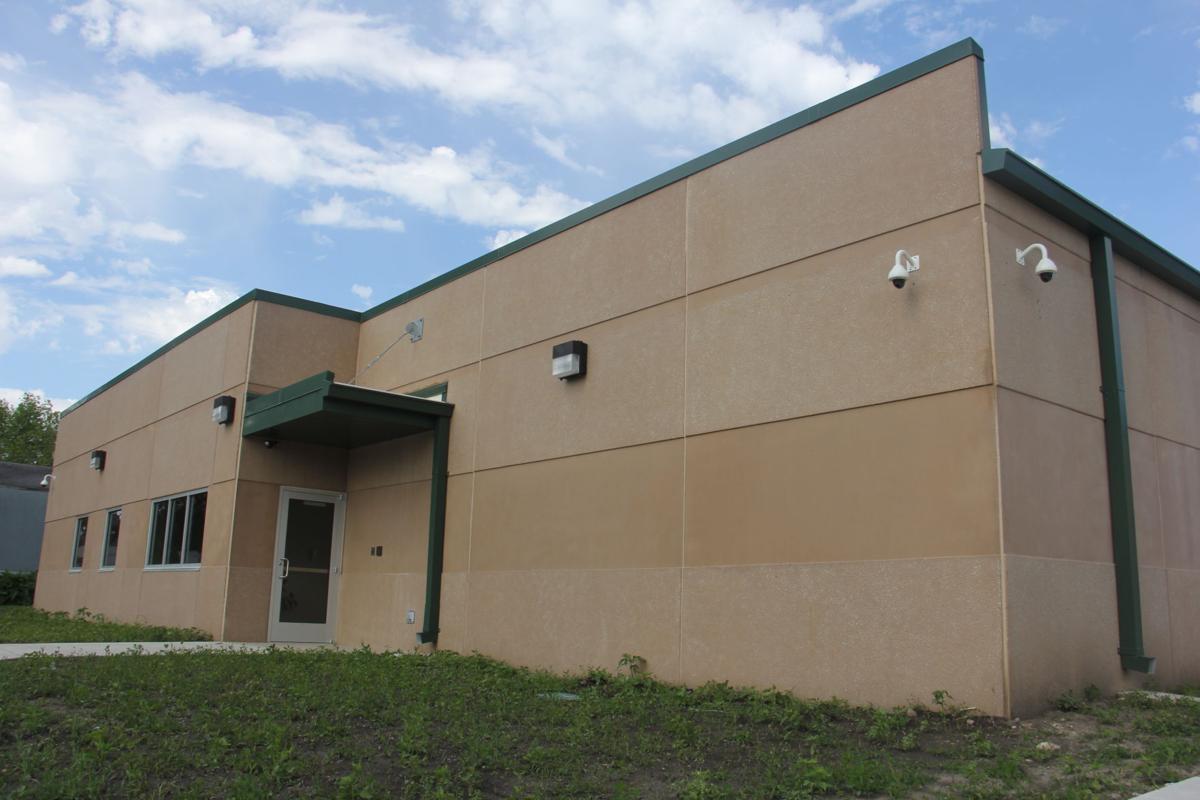 The Winnebago County Public Safety Center recently received a 911 call that led to an officer-involved shooting.

When Winnebago County Sheriff's Deputy Joshua Douglas responded to a call at 164 Van Buren St. in Thompson on Sept. 11, he was expecting to interview a man who said he'd been a victim of an assault.

Instead, he found himself facing down a man with a gun taped to his hand.

In 911 audio recently released to the Globe Gazette by the Winnebago County Attorney's office, the dispatcher attempts to get more information from resident James Anderson when he first calls in the assault at 6:55 p.m.

"Yeah, this is James Anderson from Thompson, Iowa. Yeah, I ... you gotta ... somebody was hitting me just earlier," Anderson tells the dispatcher.

"Like an assault?" the dispatcher asks. He asks Anderson to repeat his name, asks for his address and seeks additional details. But Anderson is short on details. He says the assault took place at his home, but he doesn't know the name of the person and he doesn't know if they left on foot or in a car.

"But you don't know who it is?" the dispatcher asks. "No," Anderson says.

After getting a phone call from dispatch to head to Anderson's home, at 7:15 p.m., Douglas reports to dispatch that he is on scene. One minute later, the tension can be heard plainly in his voice when he says "10-33, 10-32!"

The two 10-codes, commonly used by law enforcement, stand for emergency and person with a gun, respectively.

Over the next 16 minutes, as law enforcement from all over the area are scrambled to respond to Thompson, Douglas can be heard first attempting to talk with Anderson, and then ultimately ordering him to put the gun down.

That didn't happen. Instead, according to a review of the incident by the state Attorney General's office, which was based on a Department of Criminal Investigation inquiry, Anderson first stood in the doorway of his home, the right side of his body not immediately visible. But as Douglas approached and began speaking with Anderson, the man pointed a 9mm Taurus handgun in the officer's face.

The Winnebago officer that was involved in a fatal shooting in Thompson was found to be legally justified by Iowa Attorney General’s Office on Thursday.

Douglas then deflected the gun and put some distance between himself and Anderson. He turned on his body camera, and it shows him about 30 feet away from Anderson, with his car initially between the two of them.

By 7:25 p.m. an officer from the Hancock County Sheriff's Department and the Lake Mills Police Department have joined Douglas at the scene.

On the 911 audio, you can hear Douglas ordering Anderson to drop the weapon. According to the attorney general's report, Anderson asks Douglas to shoot him because he is suffering from an undisclosed medical issue.

Some departments, for the mental and physical well-being of their officers, are instituting policies of not responding to suicide by cop calls. In Plumas County, California, according to an article from the Los Angeles Times, the sheriff's department no longer responds to possible suicide by cop calls as long as the person is not a threat to others.

Los Angeles and San Francisco now use crisis intervention teams with both officers and behavioral health professionals, according to the Times story.

Lt. Mario Molina, crisis intervention coordinator for San Francisco told the Times that in coming months, he hopes to put teams on patrol that have one officer and one clinician.

“I tell you, it’s magic,” Molina said of the joint response. “It takes more than just cops.”

In Thompson, with the two police officers watching and his body camera on, Sheriff's Deputy Douglas again approaches Anderson, who is hiding behind a tree. Anderson starts walking toward the cop and raises the gun. Douglas fires once, striking Anderson in the chest, according to the attorney general's report.

On the audio, Douglas calls for a tactical shield and approaches, then disarms Anderson, who is pronounced dead at the scene by first responders.

An examination of Anderson's cell phone done later by investigators finds messages from Anderson indicating he was suicidal, according to the attorney general's office. His family tells police he was recently diagnosed with a terminal illness, and that he was devastated by the news.

It takes the DCI and the Attorney General's office just 16 days to declare that Douglas' actions on Sept. 11 were justified.

The Winnebago County Public Safety Center recently received a 911 call that led to an officer-involved shooting.