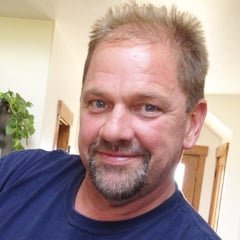 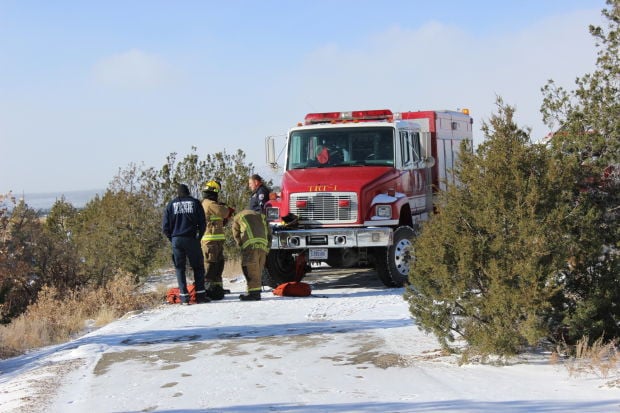 The plane carrying a Corwith man crashed south of the Los Alamos County (New Mexico) Airport on land owned by the U.S. Dept. of Energy.

LOS ALAMOS, N.M. | A Corwith, Iowa, man was one of two people killed Sunday morning in a plane crash about a mile south of the Los Alamos County Airport in Omega Canyon, N.M.

Los Alamos authorities have confirmed the identity of the passenger in the single-engine plane as Kevin Burrs of Corwith, according to the Los Alamos Monitor newspaper.

News of Burrs' death "hit the community hard," the Rev. Bea Kinzler, pastor of the United Methodist Church in Corwith, where Burrs was a member since his youth, told the Globe Gazette.

The pilot, Mike Fjetland, 51, of Harmony, Minn., a close friend of Burrs, was a successful and prominent Minnesota businessman, according to the newspaper report.

Fjetland is originally from the Corwith area and his family later moved to Minnesota, according to a family member.

"HE WAS A GREAT MAN, always willing to help everybody, and always did help everybody,” Susan Burrs said. “He was called on quite a bit by his friends and family.”

Susan also said Burrs was a good dad to his two sons. She added that he worked as a design engineer and that he, too, was looking forward to the trip with his best friend.

Burrs worked at Stellar Industries in Garner, according to Corwith Mayor Jay Gourley.

"It's certainly a tragedy and a shock," he told the Globe Gazette.

The family doesn't know when Burrs' remains will be coming back to Corwith for funeral services, "so it's particularly hard for the family not to be able to have closure for a while," Gourley said.

Kinzler said Burrs was one of the people at the church who liked to work behind the scenes.

She said he was heavily involved not only in the church, but in the community of Corwith as a whole, along with the rest of his family.

Kinzler said Burrs' wife, two sisters and a brother, and his parents, John and Sue Burrs, are also part of the church congregation.

FJETLAND'S FIANCEE DARLA REYNOLDS told The Los Alamos Monitor that the last text he sent to her was on Sunday morning. It said he was about to take off from the Los Alamos County Airport to fly to Chandler, Ariz.

She said they have a house in Stellar Airpark and she was going to join him later.

Reynolds said one of the goals of their trip was to solidify a business deal in Denver, Colo. When Fjetland did not call her at the prescribed time, she had a family friend who was also an experienced pilot help in trying to track him down. That’s when they came across an article about the early Sunday plane crash just south of LA Airport on LAMonitor.com.

From there, she said, they were able to make contact with investigators in New Mexico. The Los Alamos Monitor was able to confirm through a description of the plane and a cross reference of the tail number supplied by the Federal Aviation Administration.

Even though she was still grieving, she thought it was important that people know what kind of a man Fjetland was.

“He was a very smart man, very business oriented.” Reynolds said. “Anything anyone ever said went into his head and he turned it into a business deal and made money off it.”

She also described him as unflappable. “He was always happy, you could never make him mad or upset. To him, everything was going to be okay, he would always figure something out. He was a very sweet man,” she said.

“I was supposed to be in that plane, but I decided I was going to have a late Thanksgiving and an early Christmas with my adult children, so I stayed home,” she said. “He then told me that he was going to make it a guys’ weekend and take his friend he’s known since grade school. He was very excited.”

FJETLAND AND REYNOLDS SHARED a farm in Harmony that has its own hangar. That’s where he started his journey from, she said. The two men were trying to make it to Chandler when the inclement weather forced them into Los Alamos on Saturday morning. The last text he sent her was at 7:56 a.m. Sunday. It simply read “Good morning sweetheart, I’m in my plane, it’s warming up. I’m going to try it again. I love you.”

The plane crashed around 8:15 a.m., about one mile south of of the Los Alamos County Airport in Omega Canyon, on land that is owned by the U.S. Dept. of Energy. On Sunday, The Los Alamos Fire Department and police used a section of Canyon Rim Trail off of East Road as a staging area to get to the crash.

The National Transportation Safety Board has since taken over the crash site, and investigators are due at the site 9 a.m. Tuesday to start their examination of what caused the crash.

According to sources at the Federal Aviation Administration, Fjetland was flying a Husky A-1C-200, manufactured by Aviat Aircraft. It was built in 2012, and was powered by a Lycoming 10-360-A1D6 engine.

This particular model’s gross weight is 2,250 pounds. Depending on option choices the Husky model can have an additional payload variance between 842 and 925 pounds.

The plane carrying a Corwith man crashed south of the Los Alamos County (New Mexico) Airport on land owned by the U.S. Dept. of Energy.