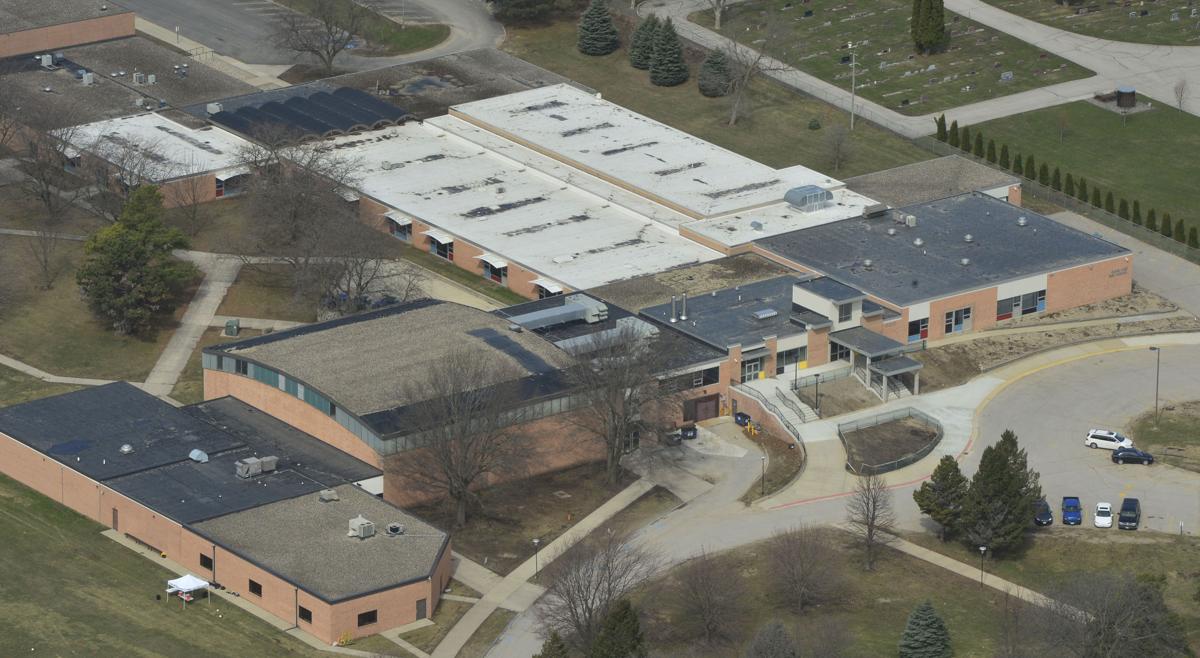 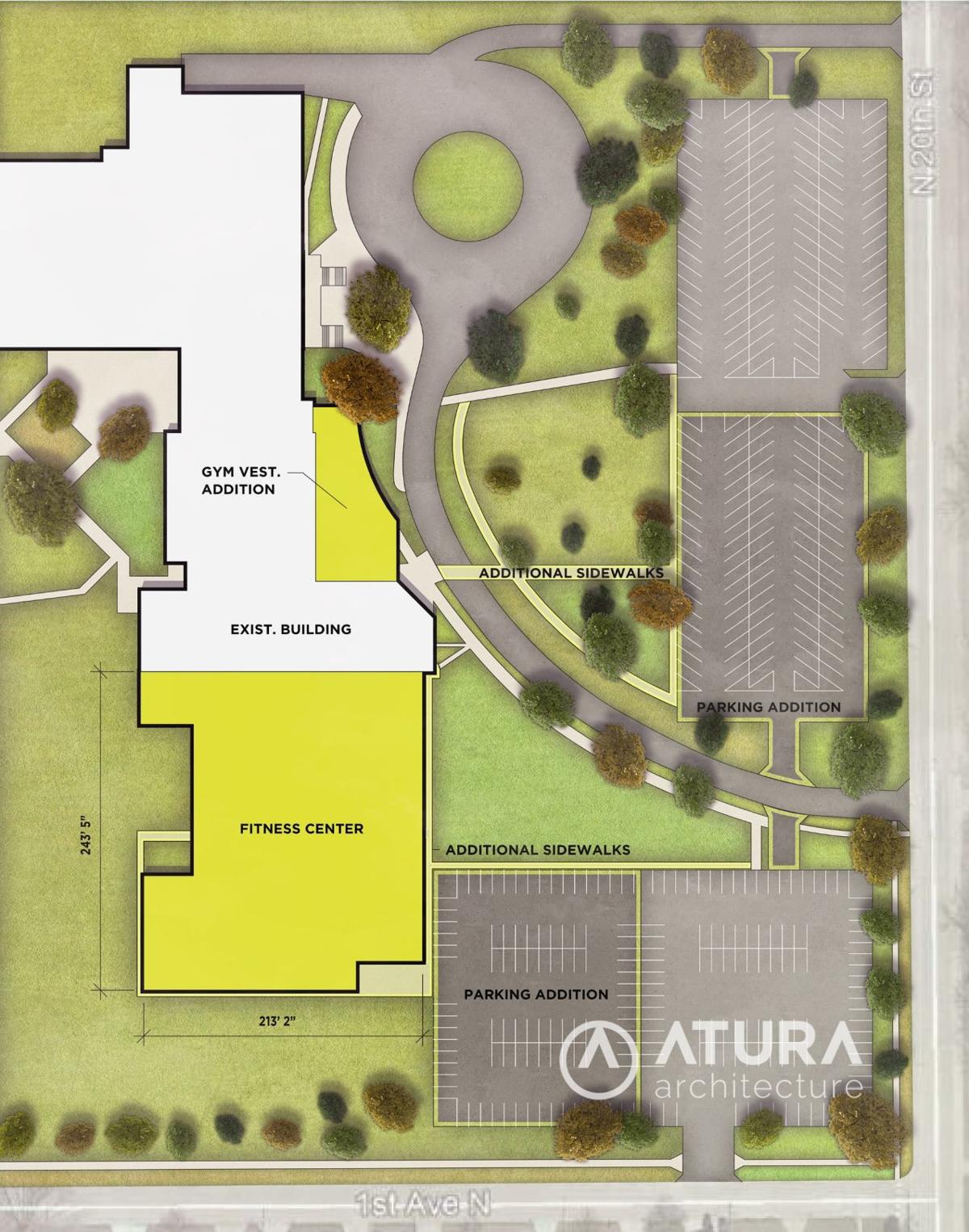 Atura Architecture of Clear Lake has created this conceptual drawing to show where a wellness center could be built south of the Clear Lake High School gym.

The Clear Lake Community School District School Board approved the letter of intent with the City of Clear Lake on Tuesday night, outlining how the wellness center will be planned and paid for and by whom.

The key to the letter of intent, if the bond passes, is the 28E agreement that will govern how the facility will be run, Gee said.

"Even though they're going to be running it, we absolutely want to have some say in how that's done," he said.

According to the letter, the school will lead the design of the building in the first construction phase of the project in alignment with the wants and needs of the school, though they'll still consult with the city.

"It's going to be up to us to design it the way that we really want to design it," Gee said. "That was important to me."

"That's going to basically pay for that track on the second floor and then also the fitness center and then the indoor playground," Gee said.

The walking track, fitness center and indoor playground will all be for community use and the school will not use them, according to Gee.

With the letter of intent signed, the school board and the city can now work on a 28E agreement for the project after the March 3 election, which contains the $18 million bond vote.

A new online research tool, known as AEA Scout, has been launched by Iowa’s Area Education Agencies and ensures that students and families hav…

6 big questions ahead of final debate before start of voting

Gov. Kim Reynolds called Tuesday on state lawmakers to take the first bold step into a new decade by enacting a multipronged plan to invest in Iowa with tax-policy changes.

Here is a breakdown of the projects and estimated costs to be included in Clear Lake CSD's $18 million in general obligation bonds.

Some of the most recent renderings for the Clear Lake health, wellness and recreation center project. The project is a collaboration between t…

With support shown on the bond referendum's resolution, the Clear Lake residents need to take it to the ballot box for its $18 million bond referendum.

Atura Architecture of Clear Lake has created this conceptual drawing to show where a wellness center could be built south of the Clear Lake High School gym.