When thinking of whom to give Christmas presents, jail inmates are usually not the first people to pop into one’s mind, yet the jail is exactly where a Mason City church has delivered gifts.

On the weekend before Christmas, for the past eight to 10 years, inmates at the Cerro Gordo County Jail have received bags of candy, socks, fruit and Bibles from members of the Mason City Seventh-day Adventist Church.

Joyce Pinke, one of the project organizers and member of the church, said the idea came to fellow member Jean Hackman after she saw a church in Rochester was doing something similar for the jail there.

It is similar to the nationwide program Christmas Behind Bars, which focuses more on prisons and is broadcast on the Seventh-day Adventist's Three Angels Broadcasting Network.

Jail Administrator Andrew Steenblock said the program is a good thing for both the church members and the inmates.

“Knowing that there is someone else out there that cares about them, and with the church, one of their missions is to spread good will and do good things, so this is their way to reaching out to people who may not have someone to do something good for them,” Steenblock said.

The public can’t typically bring Christmas gifts to jail inmates, according to Steenblock, but the church is an exception.

“It’s something we set up with them,” he said. “We know them, we know we don’t have to worry about any ill intent or breach in security or safety with them.”

Jail staff still always checks the gift bags to make sure they don't contain something inmates can’t have.

All food items must be store-bought, Steenblock said. “We want to make sure what it is; we want to know who can and can’t have it” he said. “Last thing we want are some medical issues because of something like that.”

The gift bags are handed to the inmates by correctional officers as the church members talk with the inmates, offering them words of encouragement, and sometimes praying with them. This sometimes leads to lasting relationships, such as becoming pen pals or conducting Bible study over the phone, according to Pinke.

Steenblock said the church tries to reach out to the ones who are in the jail for an indeterminate amount of time.

“Those are the primary ones that would benefit from it, rather than the ones that came in on a public intoxication charge and we know he’s going to get out, he’s not going to be sitting here,” he said.

This year, Sheila, 31, who declined to have her last name published, and Justin Glidden, 32, were among the inmates.

Sheila said the gifts are something to look forward to and help inmates keep faith and have hope.

"It’s good to see somebody actually have spirit left. No matter what they’ve been through they always have spirit,” she said.

Glidden, who’s happened to be in jail during the past four Christmas seasons, said he thinks it’s wonderful that the church comes to the jail and gives gifts to the inmates.

“The last year I was here, I showed up, and I don’t know, it gives people hope,” he said.

The gifts really boost the morale of some of the inmates also, Glidden said.

“There’s people in here who don’t get nothing,” he said. “They don’t have any families out there, they don’t have nobody, and when [the church] comes and shows up and does that, it just gives them more hope.”

“We’re all just kind of waiting for that end date to get out of here,” he said. “As long as people aren’t fighting back there, it’s a good day.”

Jail officer Jaimie Groven said the project is a good cause. “You see the positivity on our end, on the inmates’ end, and they seem to be grateful for it, so it’s nice that the church can do that,” she said.

“It’s really a rewarding day because they are so appreciative,” Pinke said. “They really appreciate somebody coming at this time of year.”

“We want to see everyone saved, and sometimes when you’re in jail or prison, it gives you some time to think and maybe turn your life over to God,” she said. “I guess that’s our main thing: to lead someone closer to God and to show them that God still loves them no matter what you do.”

For more than 50 years, eager children have flocked to the large red mailbox off of Central Avenue in Northwood to mail letters each Christmas season to Santa Claus.

"It takes a community for this to work."

A Mason City 5-year-old is taking the Christmas card tradition another step forward by hand delivering Christmas cards she wrote and drew in for the residents at the Nora Springs Care Center.

Every year, Mason City realtor Jane Fischer hosts a Christmas Eve pizza party complete with gifts for kids at the Four Oaks facility who can’t go home or don’t have a safe home to go to for the holidays.

Legal costs associated with a discrimination case brought against former Gov. Terry Branstad and his administration continue to mount.

Authorities say two boys have died after plunging through a frozen pond near their home in eastern Missouri. 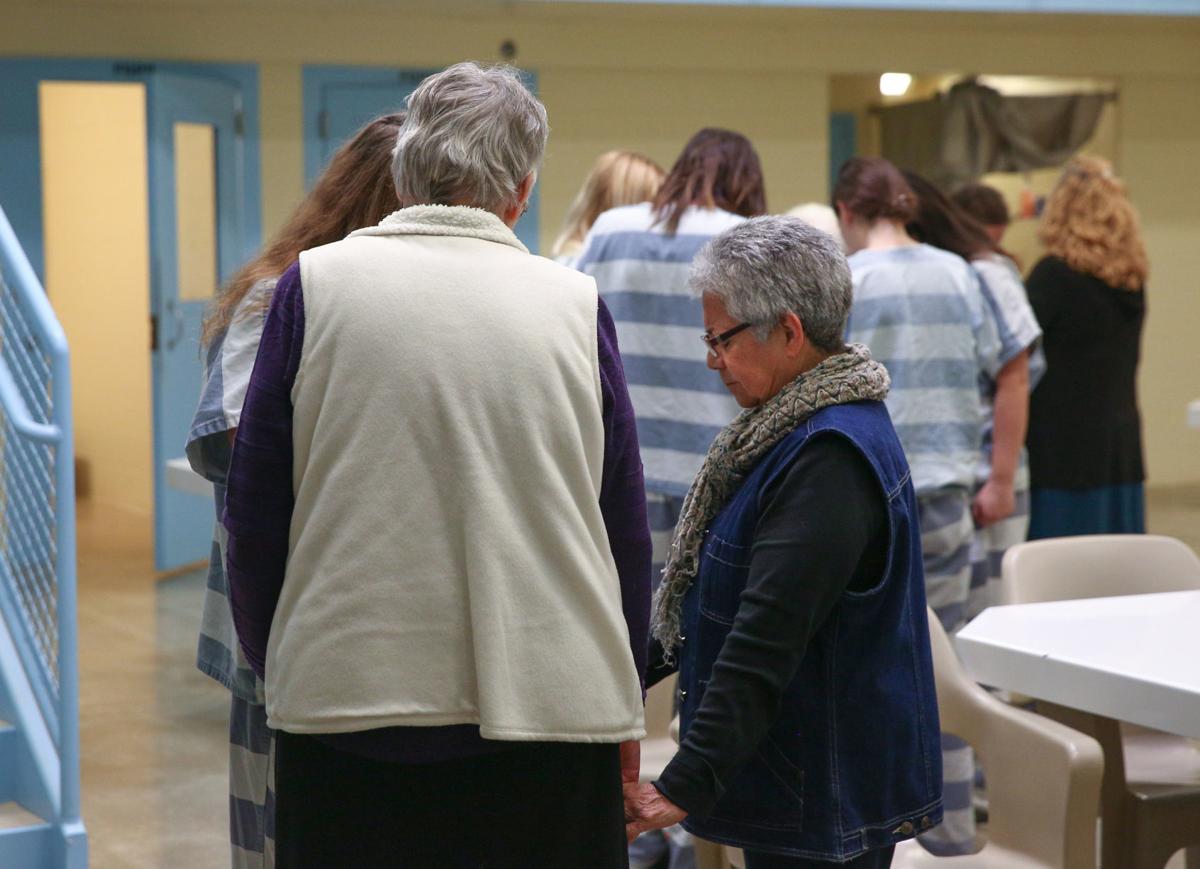 Members of the Seventh-day Adventist Church in Mason City pray with a Cerro Gordo County Jail inmate at a Christmas Behind Bars gift-giving event on Saturday, Dec. 21. 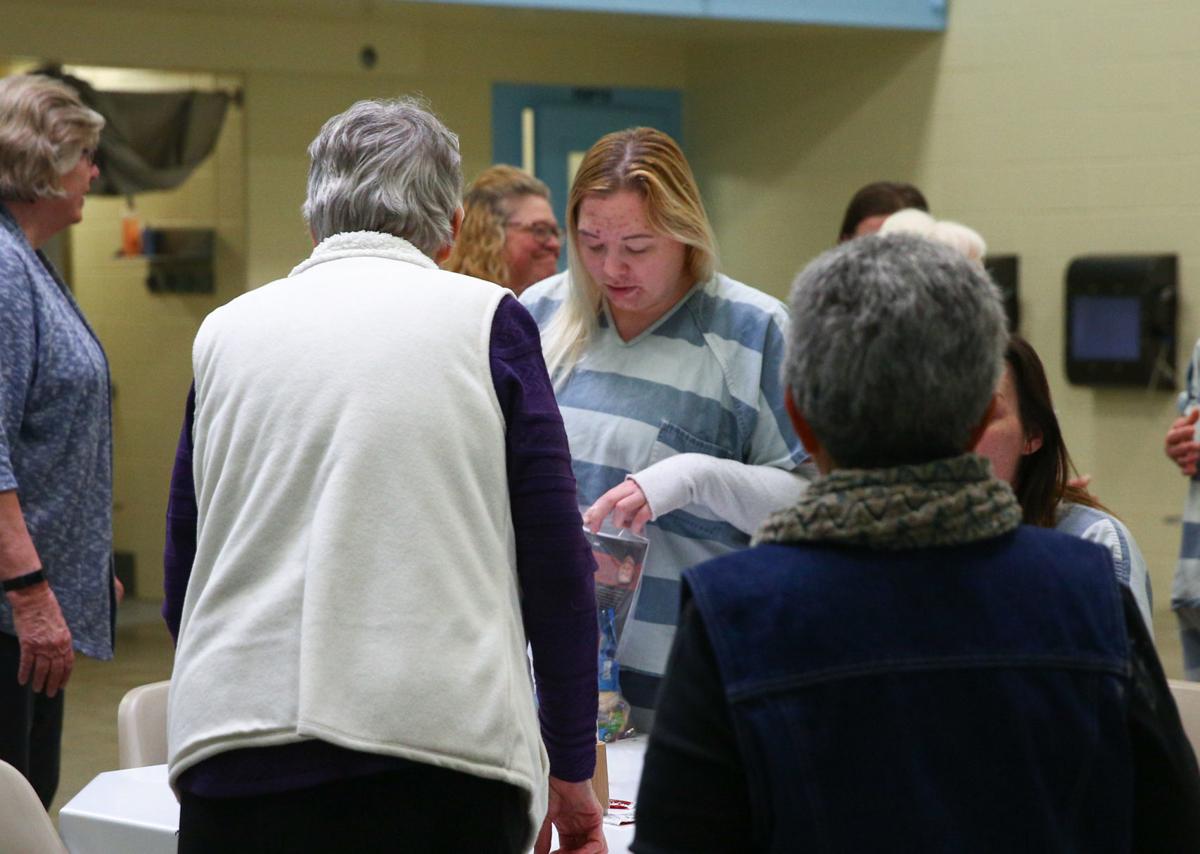 A Cerro Gordo County Jail inmate Sheila opens her gift from the Seventh-day Adventist Church in Mason City at a Christmas Behind Bars gift-giving event on Saturday, Dec. 21. 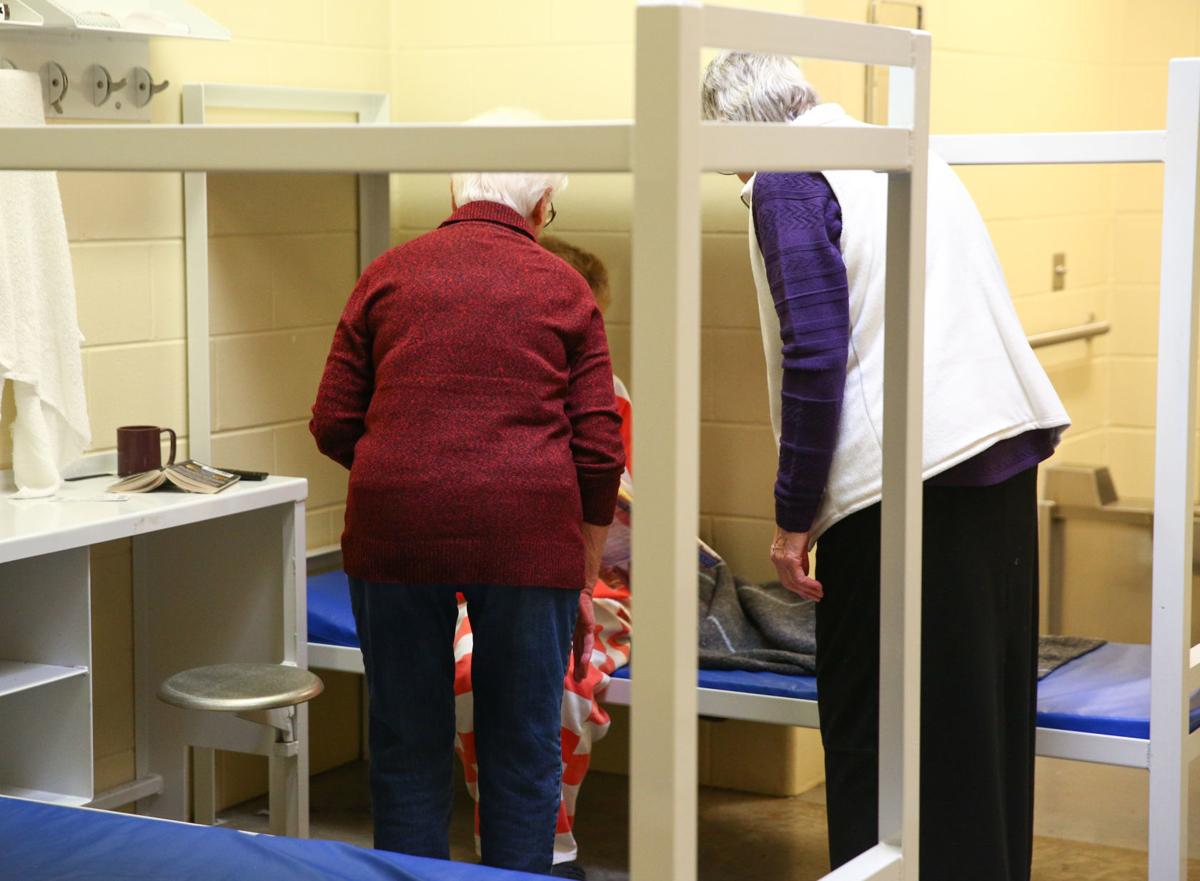 Members of the Seventh-day Adventist Church in Mason City visit with a Cerro Gordo County Jail inmates at a Christmas Behind Bars gift-giving event on Saturday, Dec. 21.