The Charles City Community School District is placing naloxone, also known as Narcan, in each of its school buildings. Other North Iowa school districts also are stocking up on the medication, used to counteract suspected opioid overdoses, after a bill allowing the move passed the Legislature in June.

"If we can implement this in our school systems to try to help do that, that's absolutely what we want to do because we want to do what's best for these kids," said Charles City school nurse Jessica Moore.

According to reporting from the Globe Gazette's Des Moines Bureau, Iowa's rate of drug overdoses remains among the lowest in the U.S., but the numbers are increasing, reflecting a national trend related to fentanyl.

Fentanyl, a synthetic opioid between 50 to 100 times stronger than morphine, has been implicated in an increasing number of opioid-related overdoses in Iowa in the past year. According to the governor's office, 83% of overdoses from opioids in 2021 involved fentanyl, the Des Moines Bureau reported.

"I think that's part of the problem with this opioid pandemic. You have people who have substance use disorder who struggle with addiction and coping and then you also have people who maybe accidentally get exposed to something," said Charles City school nurse Bethany Bjorklund.

School districts across the United States have cited concerns about student opioid use and have been equipping schools with naloxone. Iowa school districts have been allowed to acquire the medication after the signing of Iowa House File 2573 in June, which allows schools to keep the drug on hand.

"Different schools in the country have had people get exposed to fentanyl," said Bjorklund.

The Des Moines Public School District adopted a policy to allow administering naloxone in early October. DMPS nurses reported they used the medication 11 times during the 2021-22 school year, according to district officials.

Naloxone is an "opioid antagonist", according to the National Institute on Drug Abuse. The medicine rapidly reverses an opioid overdose, quickly restoring normal breathing to a person whose breathing has slowed or stopped. Naloxone is not a treatment for opioid use disorder and has no effect on a person who does not have opioids in their system.

Naloxone can be given as a nasal spray or injected into a muscle. Majority of school districts are going with the nasal option.

Mason City, Clear Lake, and Central Springs all are working to get policies in place or training completed to bring naloxone to their schools. The Charles City School Board changed Policy 804.5 in October to stock naloxone, along with epinephrine and bronchodilators.

Bjorklund said the plan is to bring in two boxes of naloxone per building then work to bring in epinephrine and bronchodilators. Naloxone, which is free for the district, can be found where the defibrillators are kept.

Bjorklund and Moore explained the district was invited to join the the Floyd County Substance Abuse Coalition, received training, and work to get the product. Prarie Ridge Integrated Behavioral Healthcare helped train staff on how to administer the medication, according to Moore.

Fentanyl related deaths are on the rise in Iowa, but the solution to the growing problem may…

"We had 42 staff attend that training districtwide," said Moore. "Our role is to be prepared for those emergencies to be able to respond and so we have kind of teams of staff at each building that are certified."

Charles City schools has not seen any situations involving fentanyl overdose but is prepared if it happens, according to Bjorklund.

"I think that's the comfort is by being prepared," Moore said.

"It's just another item that we can prevent a horrific outcome for somebody," said Bjorklund.

An end to facility construction is in sight for the Mason City Community School District.

Cerro Gordo Treasurer Pat Wright recently received a check for more than $2,000 from the Iowa Finance Authority for a tax sale redemption, lea…

This is a good start, but please don't forget about those in need in North Iowa. Give if you can: 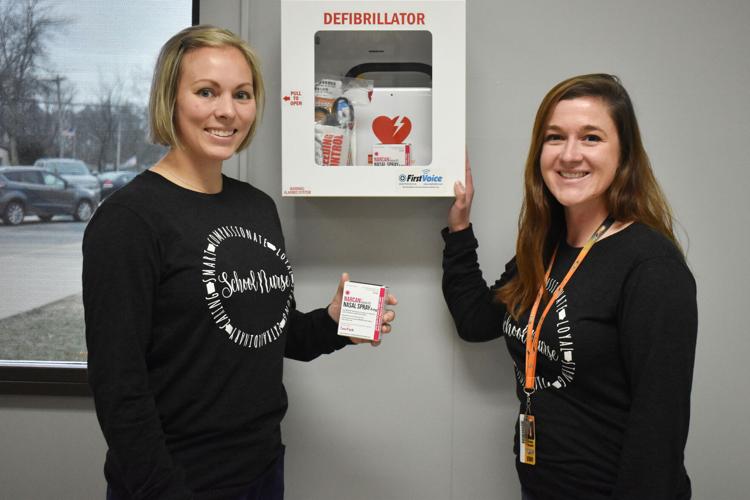 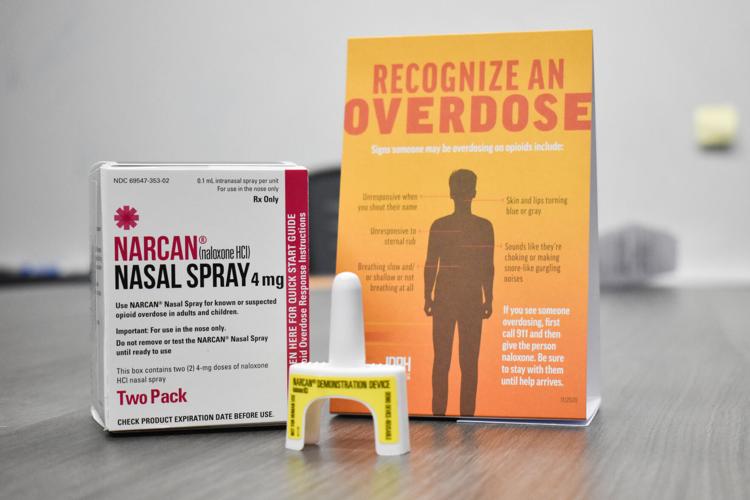 Two boxes of naloxone are being kept at each of the Charles City school buildings.