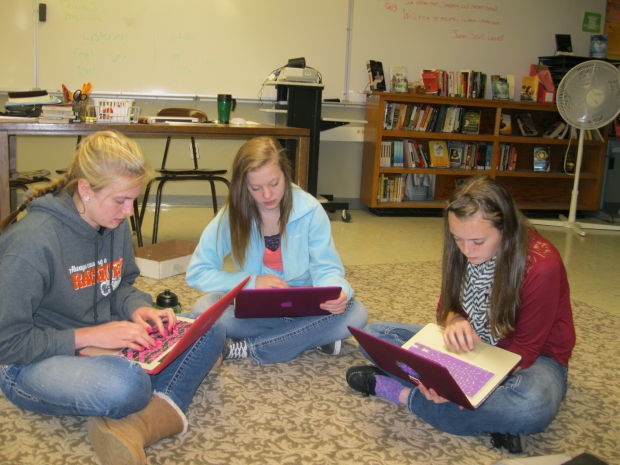 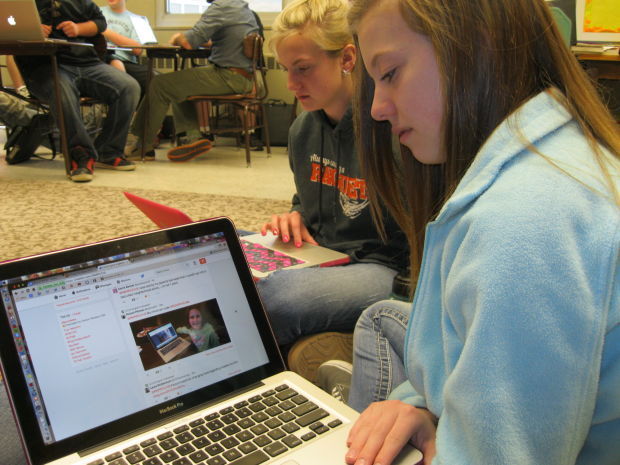 CHARLES CITY | Some students at Charles City High School are doing what they can to address the body image issues faced by young people.

Students in English II have created their own ads, launched a Twitter campaign and written an open letter to the state Legislature asking lawmakers to restrict or outlaw the use of Photoshopping in magazine ads geared to those who are under age.

They also are planning to visit the two elementary schools in Charles City to talk to younger students about loving themselves no matter what size they are.

One thing Pittman and McKeag are doing is "trying to make them (the students) aware of the media that surrounds them," McKeag said.

The body image campaign is an example of project-based learning, where students delve into something that interests them and find an audience for what they are learning, Pittman said.

Sophomore Morgan Kellogg said they tweet anything they see that can make girls feel better about themselves.

They tweeted ads the Charles City English II students created, such as one showing girls competing in wrestling.

Among their more than 80 followers of their Twitter account, @RWRPCCHS, are Amy Poehler's Smart Girls, an organization dedicated to providing a healthy alternative to so much that is being marketed to young people on the Internet.

Another group of students is planning to visit Washington and Lincoln Elementary next week to talk to fifth-graders.

They will be talking about "how beauty comes in more than one size," said sophomore Ashley Bray.

She said it is important to talk to children about body image because they might be starving themselves and not realize they could have an eating disorder.

Sophomore Nathaniel Reams came up with the idea of writing a letter to the state Legislature about Photoshopping.

He said he thought it was an important issue because "it affects so many people."

Some of the other students in the class helped him  draft the letter, which notes that the women in advertisements have bodies that seem impossibly skinny because of retouching or Photoshopping, creating an unrealistic expectation of how women's bodies should look.

The letter notes this starts affecting children at a very young age.

"We can not stand around as children starve themselves chasing an unrealistic body image," the letter states.