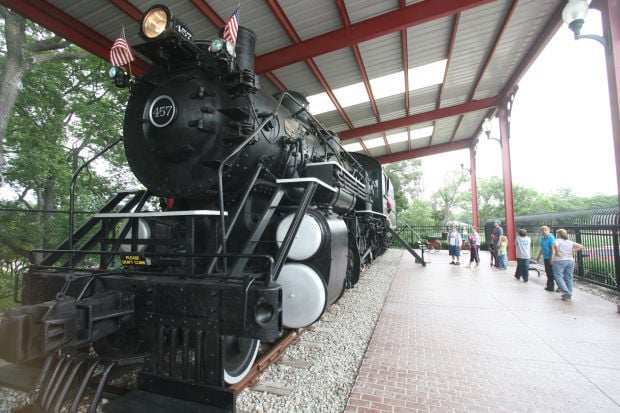 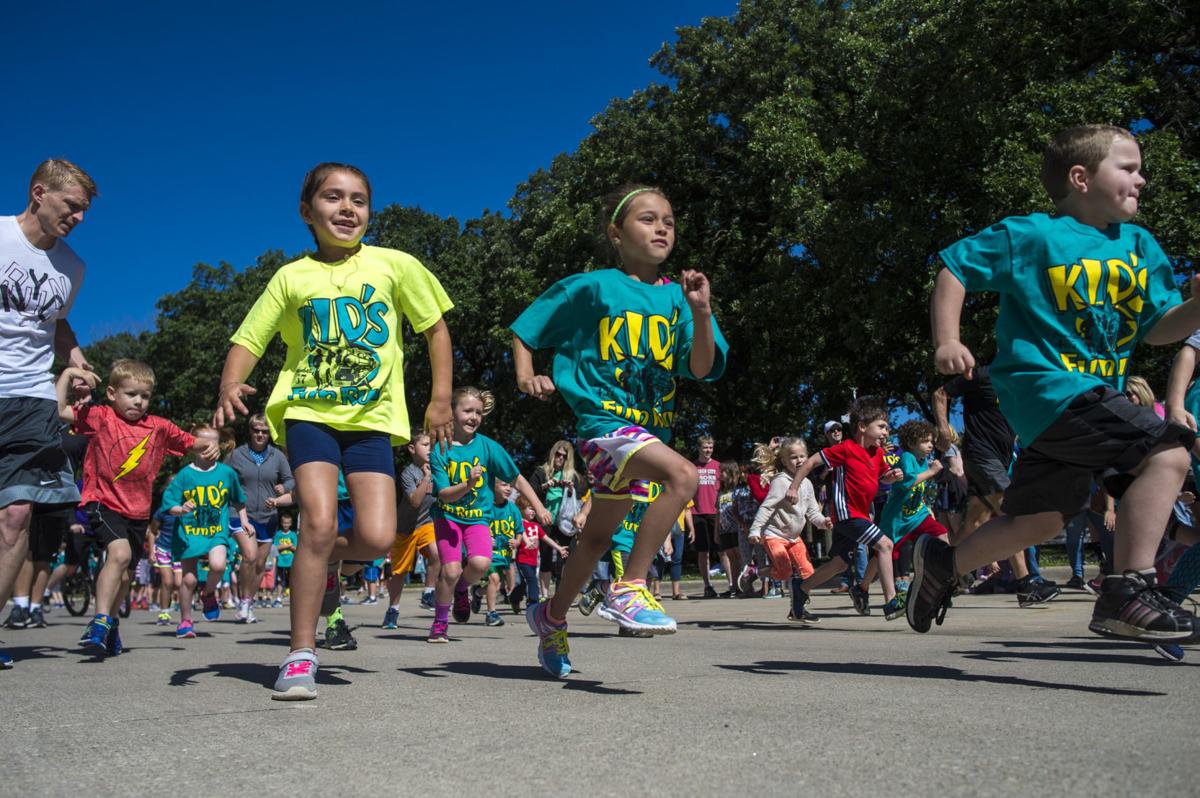 Children ages 5-6 begin their half-mile race during the 2017 Cannonball Kids Fun Run at the annual Cannonball Day at East Park.

For many people growing up in and around Mason City, the steam engine located in East park is a shared childhood memory.

East Park is a place where friends and family can come together and enjoy a little piece of history, and also a place where community unites.

Restoration of the 457 began in 2003 and was considered completed in 2014. A lot of manpower and volunteers went into making the 457 what it is today.

Volunteers for the 457 have helped to preserve a piece of history, allowing it to be enjoyed by future generations and community members.

Dennis Wilson, chairman of the Friends of the 457 group, is a retired railroad worker and has been integral in repairs, restoration and planning community events.

He said that being a part of the Friends of the 457 has been enjoyable and has given him a sense of history and a way to give back to the community.

Each year, the Friends of the 457 put on an event called Cannonball Day, an annual event sponsored by the organization and area businesses designed to highlight the steam locomotive in East Park.

To put on such an event and others affiliated with the Friends of the 457, it takes a lot of people who give generously of their time.

The Friends of the 457 is currently looking for volunteers. There are many opportunities available, from helping during Cannonball Day – this year on June 29 – to volunteering time at the 457 on weekends May through October.

Others help in the Cannonball Gardens, which preserve the integrity of the hillside and platform beneath the 457.

It’s not uncommon for curious children and adults to come up with questions about the 457. Volunteers taking the time to answer those questions about a part of Mason City history is not only special to them, but may be something that sticks with them forever.

For more information or to become a volunteer, you can contact Dennis Wilson at dandawilson@netconx.net.

The Friends of the 457 meet at 1 p.m. the second Thursday of each month at the Mason City Public Library. The next meeting is June 13.

To learn more about the 457 and the Friends visit www.friendsofthe457.org.

• From 11 a.m. to 7 p.m., the Mason City Evening Lions Club and River City Morning Kiwanis club will serve its famous BBQ chicken dinner. Cost is $7 for a quarter chicken and $9 for a half chicken.

• The Bill Riley Iowa State Fair Talent Search will take center stage at 2 p.m. Sprouts ages 2-12 will compete for the first-place prize of $100. Second place is $75 and third place is $50. All participants will receive a Cannonball ribbon.

Come on down to East Park for a great day of supporting the restoration of the Rotary Cannonball #457 and enjoy the Cannonball Gardens and Educational Plaza.

Cooks from around the U.S. converge on Mason City for 2019 River City Steak Challenge

Grilling the perfect mouth-watering, juicy steak has been an art pursued by many, but obtained by few self-proclaimed "grill masters."

Children ages 5-6 begin their half-mile race during the 2017 Cannonball Kids Fun Run at the annual Cannonball Day at East Park.