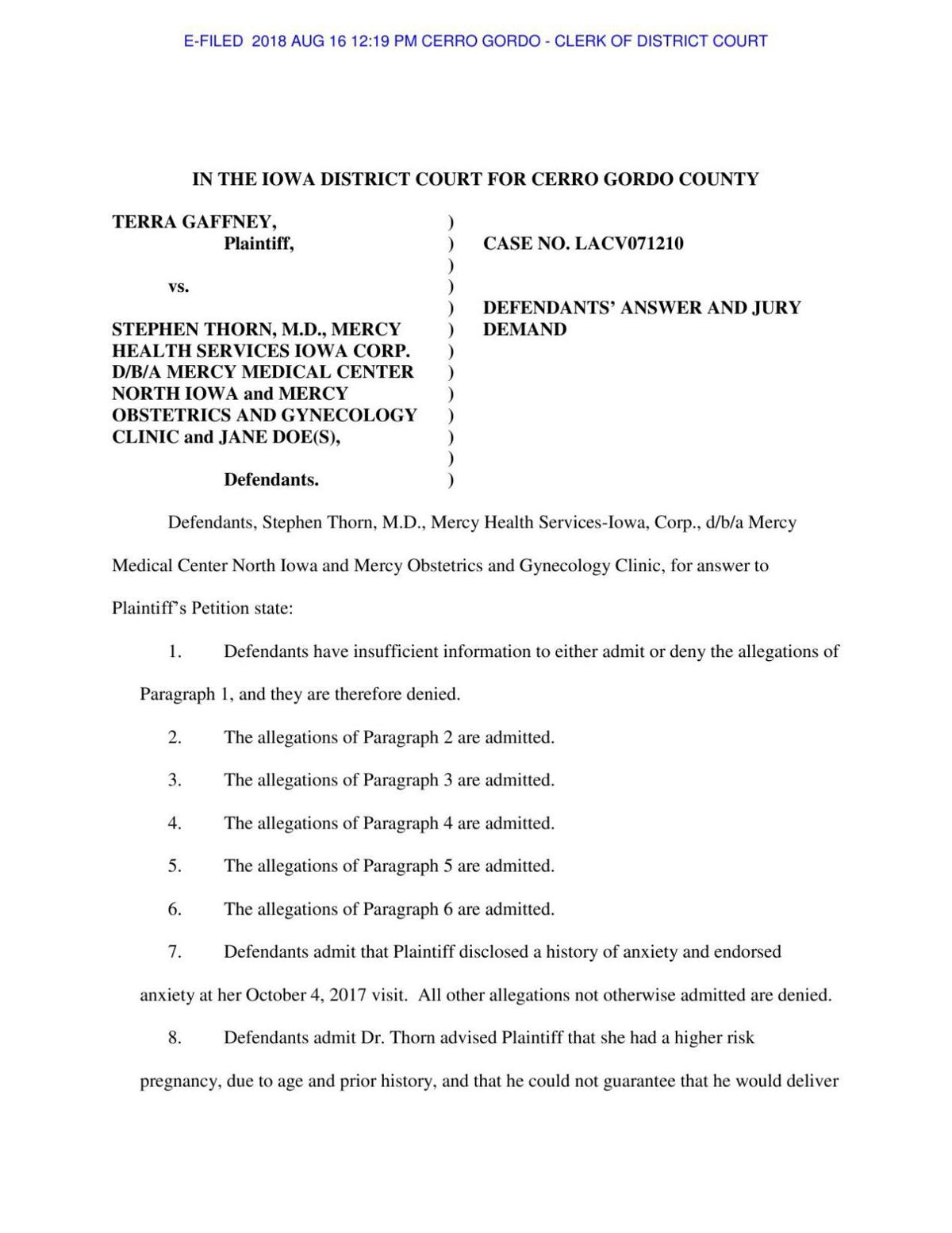 Alt alleged that Gaffney initiated the touching, and that it was her fault any contact between her and Thorn occurred.

"The only conceivable touching was when Plaintiff jumped toward Dr. Thorn and unexpectedly and energetically hugged him in her excitement about the ultrasound showing a heartbeat, causing their bodies to touch," the response reads.

The original lawsuit also alleged Thorn, along with other unidentified women, allegedly made "disparaging remarks about Terra Gaffney's mental health, past medical treatment, the paternity of her unborn fetus and health of Terra Gaffney's unborn fetus" when Thorn left a voicemail for Gaffney in October 2017.

Alt's response admitted Gaffney's phone "picked up the voice of Dr. Thorn and at least one nurse after Dr. Thorn believed the phone had been disconnected," but denied disparaging remarks were made, or that employees of the Gynecology Clinic were given access to Gaffney's private medical information.

Hamilton could be immediately reached for comment via a phone call or email Wednesday morning. Alt released the following statement on behalf of Mercy Medical Center—North Iowa.

"We are aware of a lawsuit naming Mercy Medical Center – North Iowa and one of our retired physicians," the statement read. " While we do not traditionally comment on pending litigation, we do know our physician is highly respected among his former patients, families and the community. We take all allegations seriously and are currently reviewing the lawsuit."

Thorn, who retired in May, delivered more than 7,000 babies during his career. He had been employed at Mercy Medical Center–North Iowa since 2012.

A trial date is scheduled to be determined in October, according to court documents.