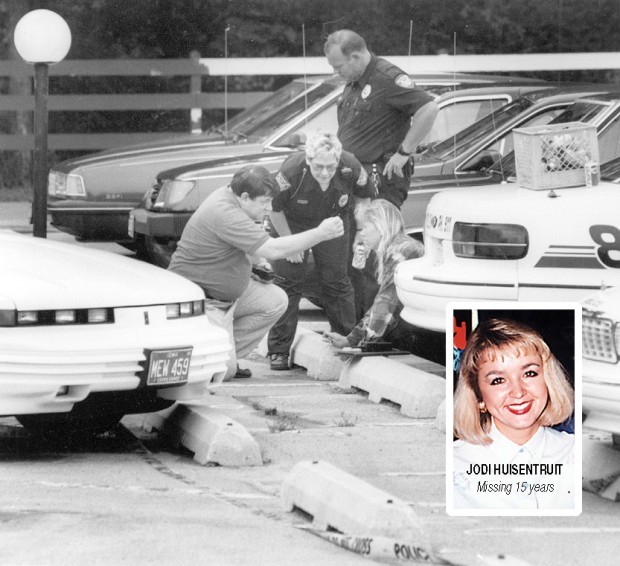 Bumper stickers, posters, business marquees and yellow ribbons could be seen throughout North Iowa in the months and years after Jodi Huisentruit disappeared. 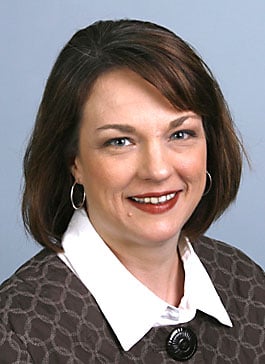 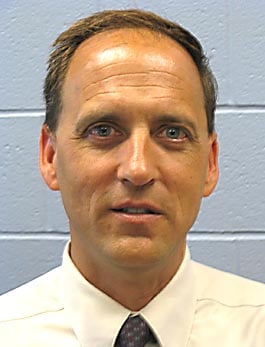 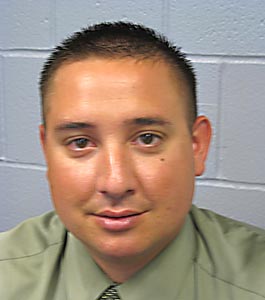 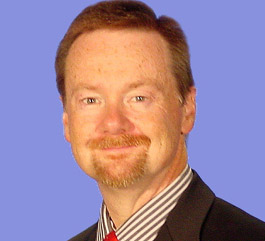 There is a small, plastic card stuck behind a piece of electrical conduit that runs the length of wall near Lt. Frank Stearns desk.

He glances at the card, showing a smiling Jodi Huisentruit, the KIMT-TV anchorwoman who disappeared 15 years ago today.

“I put it there to make sure I’d never forget. Now, I don’t really need it to remember,” Stearns said.

Stearns — and scores of others — have spent thousands of hours trying to unlock the mystery of Huisentruit’s disappearance.

Today’s anniversary brings with it frustration.

Tantalizingly little is known about what happened on that Tuesday morning.

It had been hot in Mason City the previous few days; over the weekend Civil War re-enactors had been fighting the Battle of Pleasant Hill in East Park in 95-degree heat, according to the Globe Gazette.

Huisentruit had just returned from “a road trip to Iowa City ... oh, we had fun! It was wild, partying and water skiing,” she wrote in her journal two nights before her disappearance.

Early Tuesday, then-KIMT producer Amy Kuns said she had called Huisentruit about 4 a.m. when Huisentruit did not show up for work. Huisentruit answered the telephone, saying she had overslept.

When Huisentruit failed to arrive at work by 7 a.m., KIMT management called authorities.

When police arrived at the Key Apartments at 600 N. Kentucky Ave., where Huisentruit lived, it was clear something bad had happened.

Items were scattered on the ground near Huisentruit’s Mazda Miata, indicating a struggle.

Then-Globe Gazette reporter Julie Birkedal wrote later, “Beyond the police officer keeping curious reporters and passers-by at bay were a pair of red pumps sitting on the ground near her car. When I went back later, a chalk line marked the place in the parking lot where the shoes had been.

“It seemed so out of kilter,” Birkedal wrote. “This was Mason City, the home of Meredith Willson, the Band Festival parade and ‘76 Trombones.’ It wasn’t the kind of place where people disappear.”

KIMT President and General Manager Steve Martinson recalled, “When I came in that morning we knew immediately it was serious; she was always someone who showed up for work.”

Martinson at that time was sales manager at the station.

“Investigators were interviewing everybody. Here we were in Mason City — and people go away forever? That’s not supposed to happen.”

Leads of any substance were few.

Neighbors at the apartments might have heard her scream; there was a report of a white van seen in the parking lot that morning.

At first the search was conducted in an area around the Key Apartments. Soon the perimeter widened over and over again, spiraling out as more hands became involved.

In just two days 30 people were interviewed by 15 investigators, according to Globe Gazette accounts.

An ABC-TV program on the 10th anniversary of her disappearance reported Huisentruit had spotted a van following her in October 1994, giving rise to speculation that a stalker was at work.

“But it never happened again, Stearns said. “We don’t rule anything out, but I really don’t think this is a case of stalking.”

A man Huisentruit was seeing socially at the time, John Vansice, remains “a person of interest,” said Stearns.

Vansice, 64, who saw Huisentruit the evening before she disappeared, today lives in Arizona. He passed a lie detector test after her disappearance.

The anniversaries have clicked by: one year, then five, then 10.

By this 15th anniversary the cast of characters has markedly changed.

Martinson is one of about three employees who worked with Huisentruit who remain at the television station.

Three Mason City police chiefs have been in office since then. After the late Jack Schlieper, Dave Ellingson took over. Today, Mike Lashbrook is the chief. Lead investigators have come and gone.

A reward through local Crimestoppers remains in place.

“You think about it everyday,” Martinson said earlier this week. “It’s amazing that after 15 years no has been able to find out what’s happened.

“I am not being critical. I just can’t believe it. It blows my mind,” he said. “How can someone not tell anybody about it? After all this time?”

There has been no scarcity of odd happenings in connection with the case.

In 1998, investigators looked closely at Tony D. Jackson, a convicted Minnesota rapist who lived in Mason City at the time Huisentruit disappeared.

Allegedly Jackson made a reference — imbedded into a rap song — about a body buried in a silo in rural Johnson County, near Tiffin. No link was ever found.

The case took an even stranger turn in 2006, when an Anoka, Minn., woman reported that she saw the murder of Huisentruit — an account she later admitted she had made up. She was later fined and given 30 days in jail for filing a false report.

In 2008, Huisentruit’s journal ended up in the hands of a Globe Gazette reporter. The item had been sent anonymously, as it turned out, by the wife of former Police Chief Dave Ellingson. No explanation was ever given. The journal yielded little information concerning the case.

Huisentruit’s story was carried on national TV — “20/20,” “America’s Most Wanted” and “Unsolved Mysteries” among them, plus newspapers, magazines and hundreds of websites.

“We see a spike in tips” when the shows are re-run on cable channels, Stearns said.

Still, “not one” viable clue has emerged from the publicity, Stearns said.

“When you get down to basics, it’s like any other crime. Hard work is a big part of it — and luck is, too. And we haven’t caught a break on this case since Day One.”

“Today, I can be in Minneapolis, New York City, and I still have people ask: ‘Did you ever find her?’ ” Martinson said. “People do remember.”

The case has a new lead investigator for the MCPD. Jeremy Cole “will put new eyes” on the case, said Stearns.

“Usually, about three a week — then you might not have one for awhile,” Cole said. “It just depends.”

“The hardest part is talking to the family,” Cole added, referring to Huisentruit’s sisters and mother.

“We want to solve this for them; they deserve that,” agreed Stearns.

Stearns said he still believes there is one person who saw a bit of something, heard that odd piece of conversation, who will give police the clue they need to break the case.

“It could be something that you think is not important — but it could make the case,” Stearns said.

Stearns has watched a host of investigators come and go — and then retire.

Co-worker, friend Kuns has moved on but has not forgotten

MASON CITY — Amy Kuns is doubtful that her friend Jodi Huisentruit will ever be found, or her case solved.

Kuns, who lives in Ventura, was the last person known to talk to Huisentruit on the morning she disappeared. Kuns was the producer of the early morning show Huisentruit anchored on KIMT-TV.

On every anniversary of the disappearance Kuns has been called upon to talk to the media about that morning in June 1995.

After the 10th anniversary, however, Kuns put the memory of Jodi Huisentruit to rest.

“I had my own memorial service for Jodi, behind the  apartment building, by the river,” Kuns said. “I floated three roses on the river — one for the past, one for the present and one for the future.

Kuns said the questions that remain 15 years later make her “heart break for Jodi’s family,” adding she fears Huisentruit’s mother will die without ever knowing what happened to her daughter.

“I just can’t imagine that,” she said.

Kuns has her own theory about what happened to Huisentruit. Over 15 years, her feelings have not changed.

Huisentruit, she feels, knew her attacker — Kuns is convinced of it. She declined to elaborate, but is steadfast in her belief.

The fear of those days has mostly faded, but recently she unexpectedly found herself reliving that growing panic she once felt on an early Tuesday morning when her friend failed to come to work.

“I’ve been applying for jobs and a few are morning jobs,” Kuns said. “It hit me. I had to ask myself, ‘Do I really want to do this?’ ”

In a case with many questions, it is at the feet of this angel, perhaps, where some answers are known.

Bumper stickers, posters, business marquees and yellow ribbons could be seen throughout North Iowa in the months and years after Jodi Huisentruit disappeared.