Childhood stories of fishing trips with the family typically recount the struggle to reel the fish in and how big it was.

Eleven-year-old Mariano Mosher will instead have an eel of tale to tell.

Mariano, who is from Manly, was fishing late Tuesday night for catfish at the Nora Springs dam with his family. His mother, Lindsay Mosher, said it was like any typical night to out fishing.

“The pole was really jerking around and I thought it was a big catfish,” Mariano said.

Lindsay Mosher’s boyfriend helped pull the line in for Mariano. When they first saw the animal, they thought it was just a snake.

But when Mariano pulled it onto land, everyone was shocked at what they saw: A creature that clearly was not a snake but had the characteristics of an eel.

Lindsay Mosher said that Mariano stands just over four feet tall and the creature was about three feet in length. She added that the slender animal weighed close to 10 pounds.

They released the animal back into the water after taking a few photos with it, because everyone needs proof of their fish ... or eel tale. Lindsay Mosher called Iowa Department of Natural Resources to report it and to get more answers.

The DNR told her that they thought Mariano had caught a lamprey, a long freshwater fish with sucking mouth. Lindsay Mosher said she did not think the water creature was a lamprey because it did not have a round mouth.

“Catching one is a unique and rare instance,” Grummer said.

American eels are catadromous, meaning they hatch in the Atlantic Ocean then migrate to fresh water. The eels then stay in fresh water until they reach sexual maturity before heading back to the ocean.

Grummer said that it is not common to find one in Iowa because of the journey it would have to make to reach Iowa waterways, and since they are mainly nocturnal.

Mariano’s eel would've had to navigate through numerous locks and dams in order to end up in Nora Springs. Grummer added that the eel from that night might have been trying to figure out how to conquer the obstacle of the dam since it was caught at the bottom of it.

American eels have the ability to slither short distances on land if necessary, according to Grummer, a possible solution when the eels can’t conquer water obstacles.

The eels can reach five to six feet and weigh up to 10 to 15 pounds. American eels might reach full length but stay in fresh water for a couple seasons.

Grummer said the last instance of an American eel being caught in North Iowa was by another young angler back in July 2017 in Greene. The Moshers did the right thing by letting it go back into the water to give it the chance to travel back to the ocean, he said.

Mariano says he is excited for his next fishing trip with his family.

The Sea Wall was constructed along Clear Lake and near downtown in 1936 as part of the Works Progress Administration implemented by President Franklin D. Roosevelt.

New policies and revisions introduced to the Mason City School Board

A first reading of new and revised policies took place at the Mason City School Board meeting on Monday night.

The most recent deployment of Gossamer and his handler, a Mason City native, was to the condo collapse in Surfside, Florida.
1 of 2 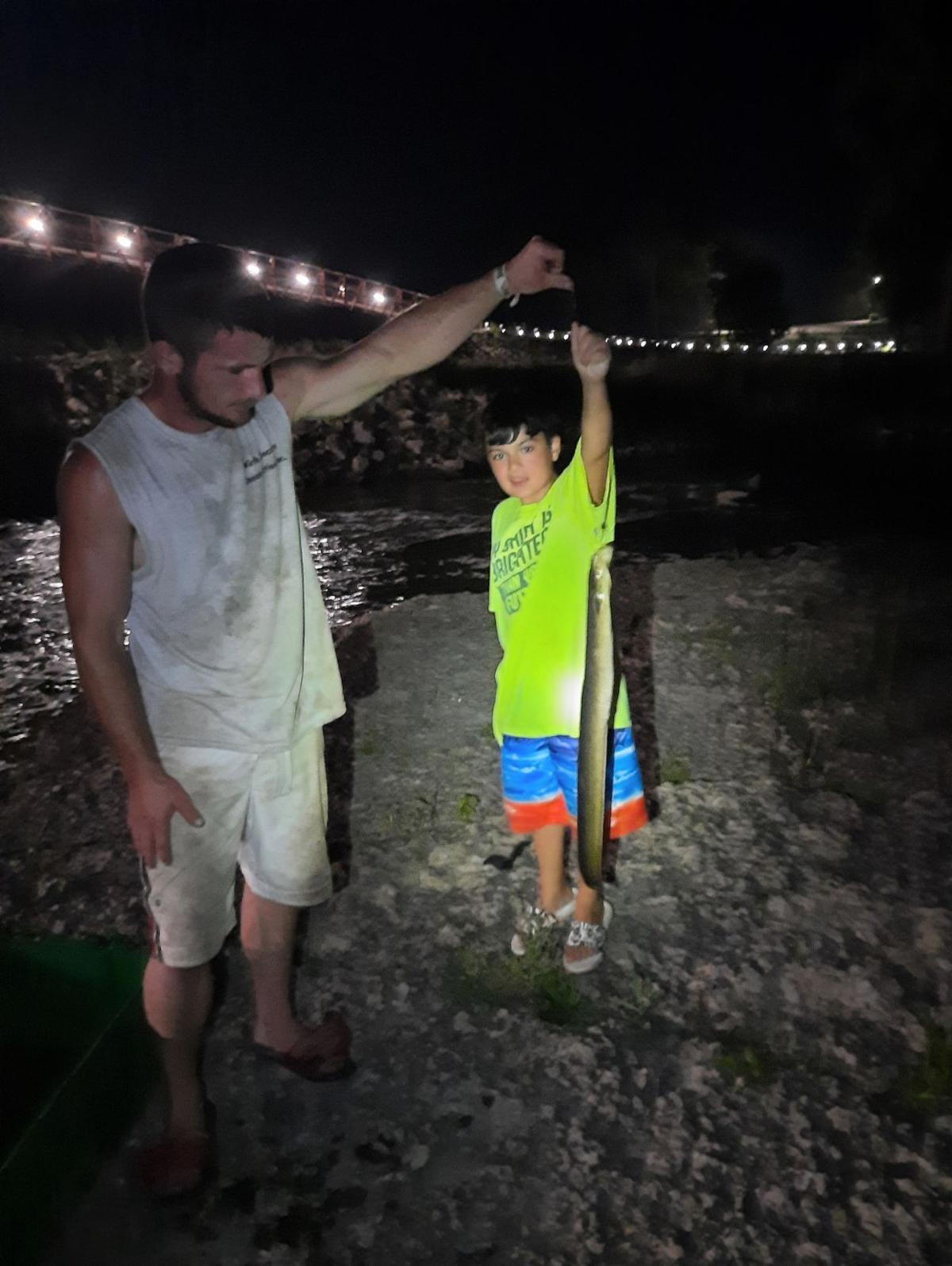 Mariano Mosher, right, holds up an eel he caught while fishing in the Shell Rock River near the dam in Nora Springs on Tuesday night. 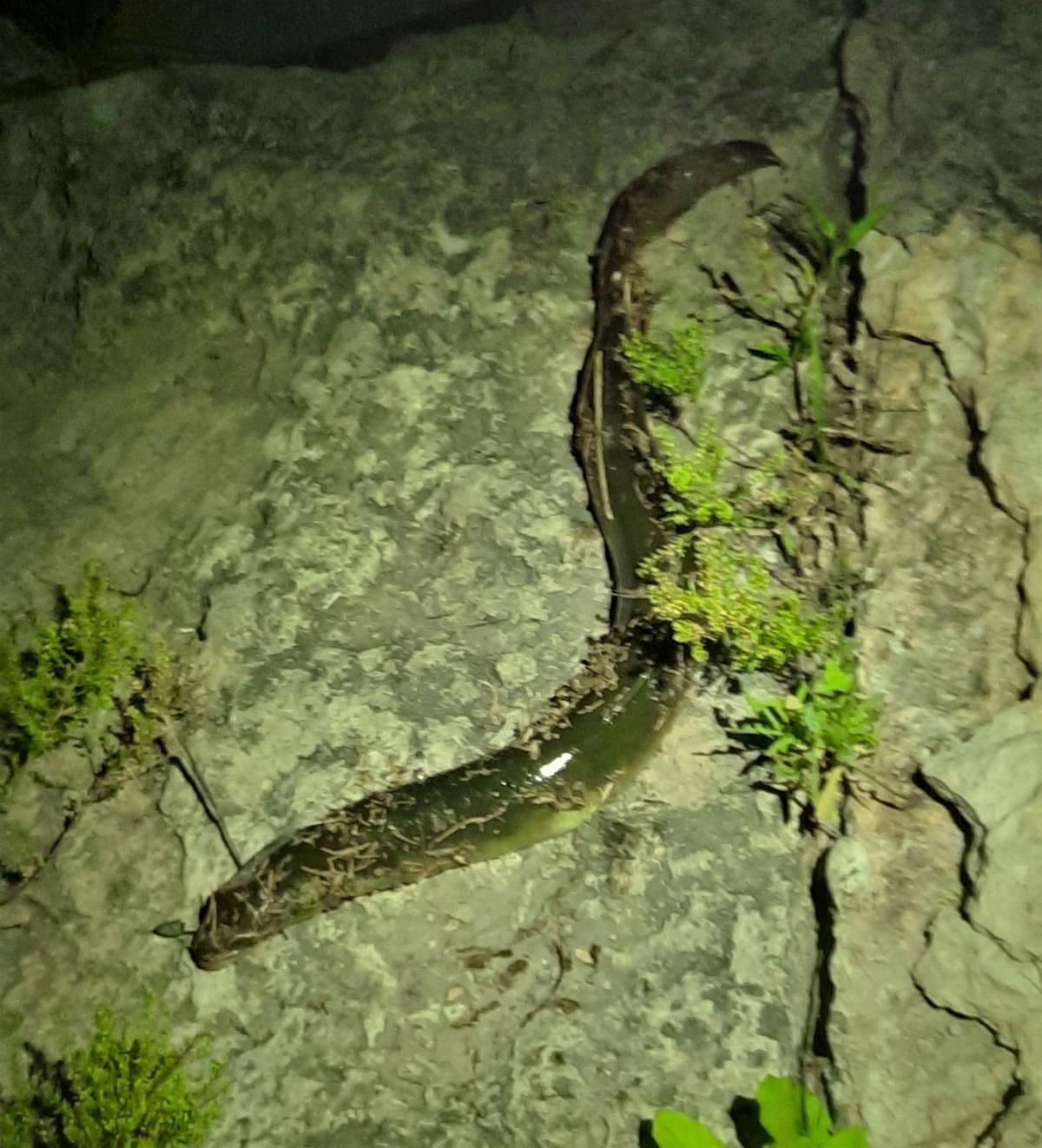 What was identified by Iowa DNR biologist Scott Grummer as an American eel was caught by Mariano Mosher in the Shell Rock River near the Nora Springs dam Tuesday night.