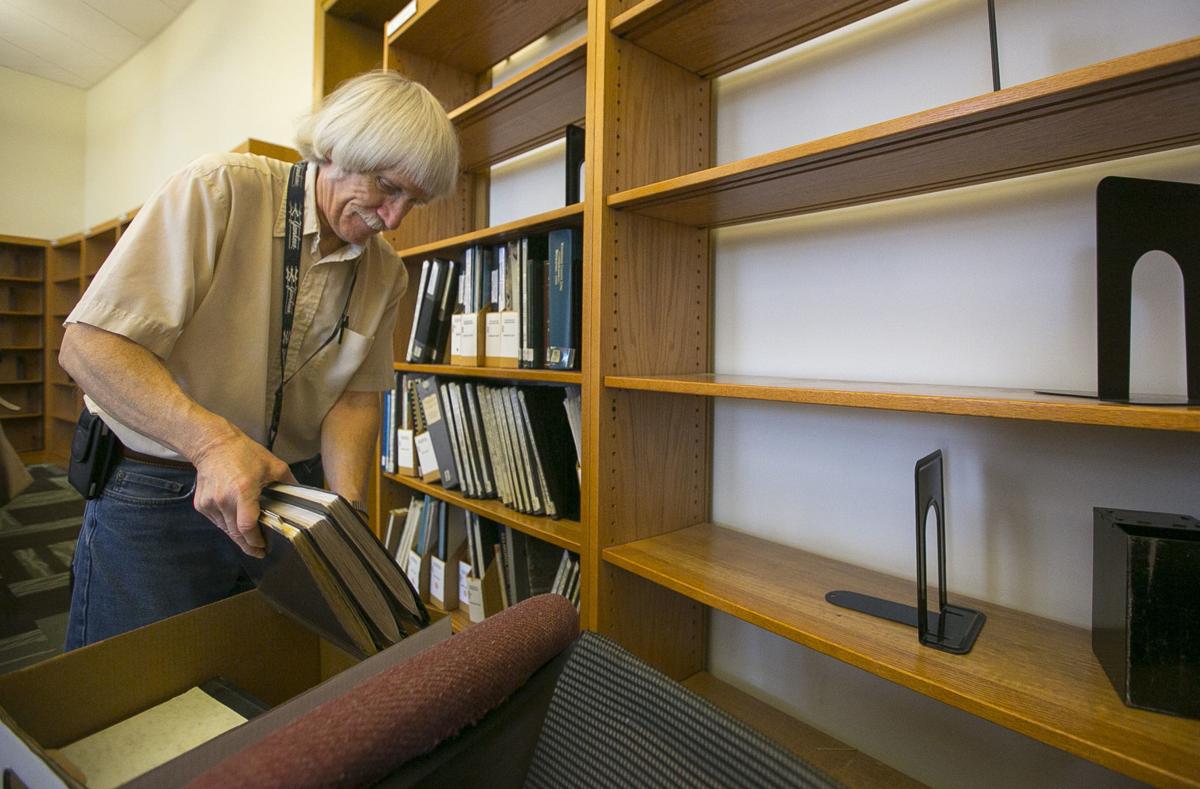 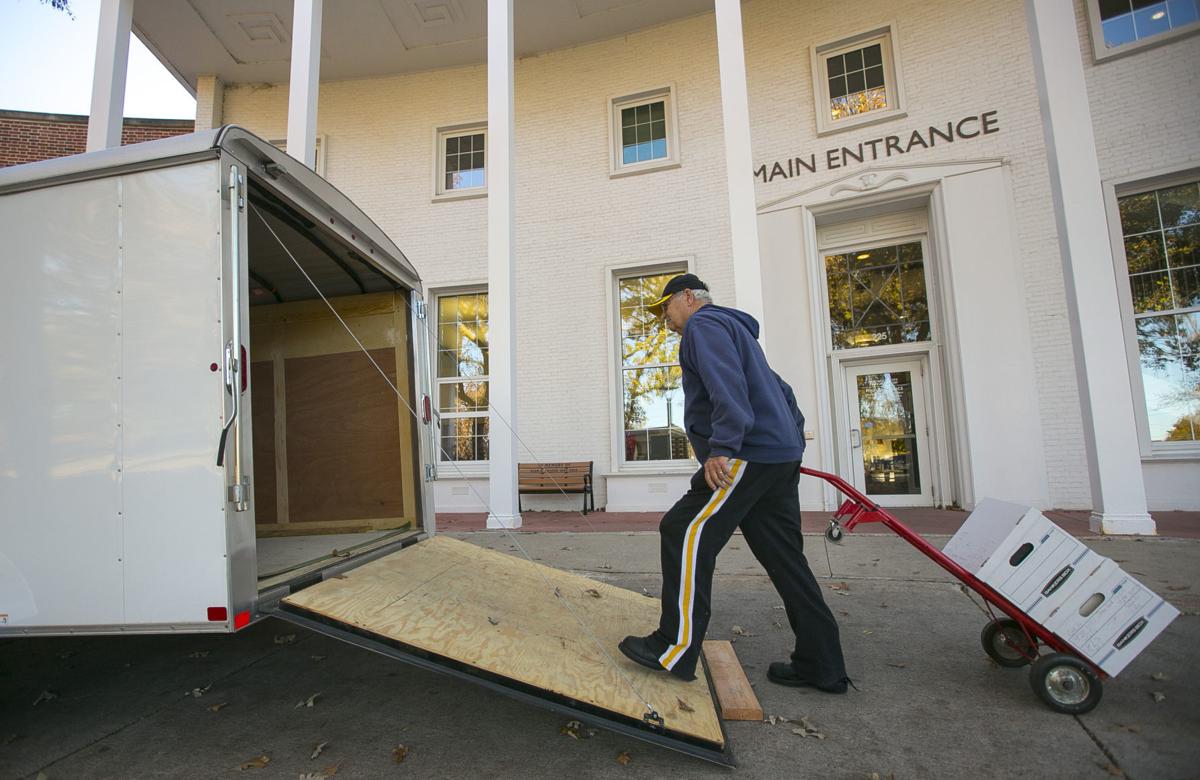 Volunteers with the genealogical society began moving boxes containing thousands of books, maps, periodicals and other resources from the library to the Masonic Temple Association of Mason City, 304 1st St. SE, last week.

“We’re sad that we have to leave,” said Mark Suby, president of North Central Iowa Genealogical Society, or NCIGS. “It was not in our DNA to do this, but it’s a sign of the times. We’ll try and make the best of what we got, leave on friendly terms and be happy for now.”

The society’s relocation comes after months of unsuccessful negotiations between the Mason City Library Board of Trustees and NCIGS about retaining the space after an eviction letter from Library Director Mary Markwalter cited “changing space utilization needs of the library.”

On Oct. 12, the library board held a special meeting to discuss the genealogical society’s move and give it until Nov. 30 to vacate its space in the library, where it’s been housed since 1979.

Suby said the genealogical society began looking for an alternate location this summer, despite hoping the library board would allow it to stay and use the space.

“Genealogy is a part of a library, and now we’re being evicted out of here,” he said. “I still can’t believe that.”

The society considered using space at the Kinney Pioneer Museum, The Manor, Mason City Senior Activity Center and Waldorf University before deciding on the Masonic Temple Association of Mason City — less than one mile from its current location.

Suby said the 1,500-square-foot space on the second floor of the Masonic Temple building is “considerably bigger” than the genealogical society’s current location, which will provide room for its entire collection, a training center for genealogical research and its monthly meetings.

“It’ll serve our purposes fine, yet it’s still heart-wrenching to leave this building because we have been a part of this library for 40 years,” he said.

MASON CITY | At around 4 p.m. Tuesday, the second-floor boardroom was overflowing with people for the Mason City Public Library Board of Trust…

Rod Hungerford, NCIGS vice president, said he, and others, began packing up the genealogical society’s collection — one he said people from around the world come to study and marvel at — in July and he hopes to have it relocated to its new space before the end of October.

However, the genealogical society doesn’t have the furniture, like shelves, desks and chairs, to accommodate its needs at the new location, and it won’t be able to unpack and open until that’s acquired.

Mason City Library director: Genealogy Library can stay, if we own materials

Suby estimated it’d cost about $16,000 for a projector, a screen and furniture and welcomed donations or ideas on how to obtain those supplies.

Sandra Turner, NCIGS librarian, said the genealogical society will continue to offer its reference services at the library until it’s settled at its new site.

For more information about the genealogical society or to donate to its relocation efforts, visit ncigs.org or email ncigso@gmail.com. Donations can also be sent to P.O. Box 237 Mason City, IA 50402-0237.

NCIGS Board: We've given and compromised with the Mason City library

Flags lowered to half-staff for Colin Powell in DC

Flags lowered to half-staff for Colin Powell in DC