The Bettendorf Republican is about to see that theory in action up close and personal as House Speaker-select Pat Grassley’s choice to succeed him at the helm of the budget-writing committee for the 2020 legislative session that begins in January.

After a rocky period of state budget shortfalls and cutbacks, Iowa lawmakers are prepping to return to the Statehouse now with the treasury in a surplus position. But Republicans in control of both chambers say they plan to keep a tight hold on government purse strings and return more money to taxpayers if possible and prudent.

“We’re in a very solid position and that hasn’t come about by accident,” said Iowa Senate President Charles Schneider, a West Des Moines Republican who previously served as Senate Appropriations Committee chairman during painful stints when state programs had to be cut to balance shortfalls.

Now, well into the 2020 fiscal year that started in July, the nonpartisan Legislative Services Agency projects the state is on track to post a surplus balance of $414 million by next June 30 — with cash reserves and economic emergency funds approaching $784 million, which would be a return to the 10 percent of budget surplus target.

At the same time, the state is facing economic challenges and uncertainty. International trade turmoil has hit farm income and hurt manufacturing; a shortage of skilled workers continues to hamper business growth; and parts of Iowa are still reeling from devastating flood disasters.

And Rep. David Jacoby, D-Coralville, cautioned that surplus projections are a bit of a misnomer. A large slice of the excess unused money will be needed to supplement costs associated with Iowa’s privately managed Medicaid program yet this year, he said. And the fiscal 2021 ledger already has $322 million in anticipated expenditures even before legislators and Gov. Kim Reynolds set the K-12 state aid level or set priorities for the projected $8.3 billion-plus in state spending authority.

That authority is, by law, 99 percent of what the revenue panel estimates will be available.

“Our caucus doesn’t view the 99 percent spending limitation as an amount that must be spent,” Schneider noted. “It’s just the maximum amount that can be spent and we want to make sure that we’re using taxpayer funds judiciously.”

Reynolds said she is just beginning the process of assembling a two-year state budget plan to submit to the GOP-led Legislature in January.

“We’ve been very good stewards of the taxpayer dollars,” said Reynolds, who noted the state managed to fund its priorities without “starving” discretionary spending areas in building a $289 million surplus last fiscal year. However, she said some budget areas may need some catch-up funding after multiple years of belt-tightening.

Fiscal 2021 requests from executive-branch agencies seek nearly $200 million in increased spending — a 2.6 percent increase that includes a spike in human service needs, more money to state universities facing another round of tuition increases and other asks that total $7.61 billion.

“This is what everybody says when they come into the office: ‘Now I know the budget is tight, I know there’s really no money at all, but this is really important and it’s just $4 million,’” Reynolds said in an interview last week. “I don’t think you’d be surprised by how many conversations that I have just like that every day. There’s always that but.”

Education groups representing teachers, school boards and school administrators say they are in the process of evaluating their budget needs and state aid requests for the upcoming school year.

But a representative of the teachers’ union said the request would not be less than a 3 percent increase.

Mohr said there will be more flexibility in spending decisions next session, but he also believes his GOP colleagues will be looking at ways to reduce tax collections as well after a major state income tax-cut package was enacted in 2018 and took effect last January.

Budget-makers also will be keeping a close eye on how that multiyear plan plays out to avoid over commitments.

Rep. Chris Hall, D-Sioux City, ranking member of the House Appropriations Committee, said the state currently has “an artificial surplus.” Unmet needs haven’t been addressed, he said, while tax-cut decisions that benefited wealthy Iowans and federal government actions have taken revenue out of the money stream that could have gone for public safety, education and health care.

Because of that, Hall said he expects a “kind of lean” budgeting process. “I don’t get the sense that there are going to be major investments and new programs that are made this year,” he said.

Jacoby said he expects a fiscal 2021 budget that is “even tighter than usual” given projections for continued slow growth for the Iowa economy and his expectations that a mild recession could be in the offing.

“I think we’re in a world of hurt as far as the state budget because we have so many unpaid bills. Medicaid is at the top of the list and we don’t know the total cost of the flooding in Iowa,” he said. “I’m a little worried about the budget right now and I don’t think the people at home are feeling the benefits of any tax cuts. I think a lot of people are struggling to make ends meet.”

He said any additional tax changes would be done responsibly in consultation with the state’s Department of Revenue, but added, “there’s no plan in place right now to do anything” during the 2020 session.

Any income tax change discussions likely would include revising the state’s $400-million tax credits and possibly exploring a sales tax increase for environmental/natural resources/outdoor recreational improvements that Iowa voters approved in 2010. But the way money from that would be distributed and possibly used to balance revenue lost by deeper income tax cuts would be up for debate.

Mohr called the 2018 tax reductions “a very good idea,” but something that has to be monitored along with spending decisions.

“You’ve always got to be vigilant,” the incoming House Appropriations Committee chairman said.

The Globe Gazette honored 10 first responders on Wednesday night, October 23, at Mason City Ford for their exceptional dedication to serving others. They were selected from nominations sent in by members of the public whose lives were touched by these first responders in their times of need.

We never know how much we need them until they're called to duty.

The Globe Gazette honored 10 first responders on Wednesday night at Mason City Ford for their exceptional dedication to serving others.

The 10 honorees were selected from nominations sent in by people whose lives were touched by a law enforcement officer, firefighter or EMT. Each were presented an award by Globe Gazette staff and a bag of gifts.

Jamie Stanbrough: 'I enjoy helping people in my community'

Jamie Stanbrough is always on call for her community.

Ken Rodemeyer is one of those old school public servants who doesn't know the real meaning of retirement.

Matthew Retz: Mom says 'son's heart was in the ambulance'

Matthew Retz grew up watching his mother and father help people in their roles as emergency medical services (EMS) personnel.

Jim Reed is an emergency medical technician (EMT) because of his wife Darla.

Greg Nicholas Jr.: 'We see the good, the bad, the ugly'

Greg Nicholas Jr. lives by one simple credo in his role as a volunteer firefighter and EMT for the Clear Lake Fire Department.

Dan Nelson has worn many hats in a long and storied career in law enforcement and as a first responder.

Brian Koob: 'You just have to put yourself in their shoes'

Brian Koob met Julie Fritz on one of the worst days of her life.

Dave Luett: 'What a great way to help people'

Dave Luett stands out in a crowd when he is in Nora Springs.

Scott Hagenson: 'Enjoy the wins, learn from the losses'

Being a firefighter is in Scott Hagenson's blood. 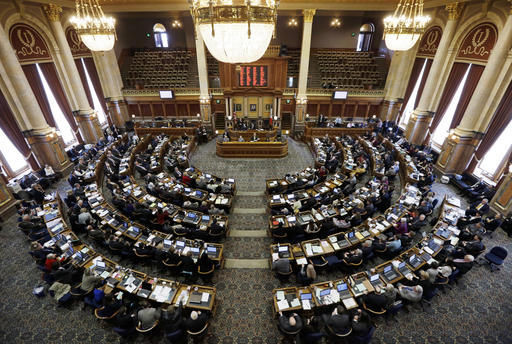 Iowa lawmakers are prepping to return to the Statehouse in January with the treasury in a surplus position. 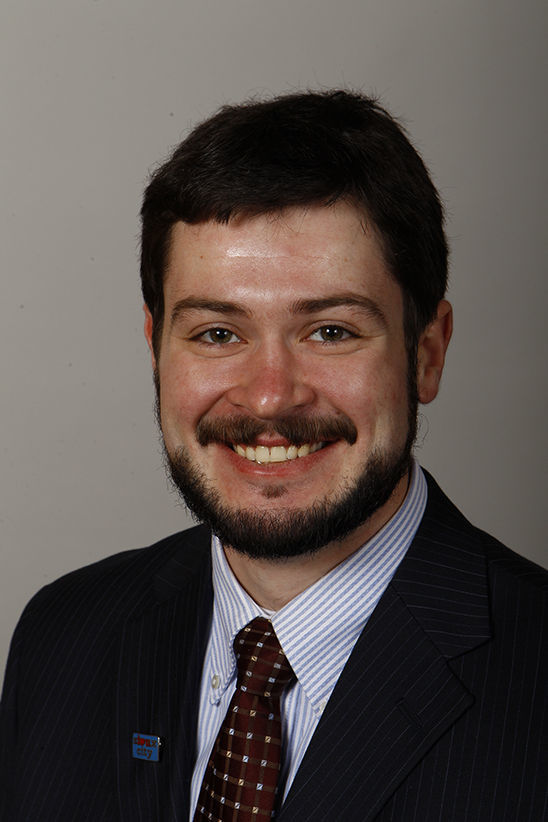 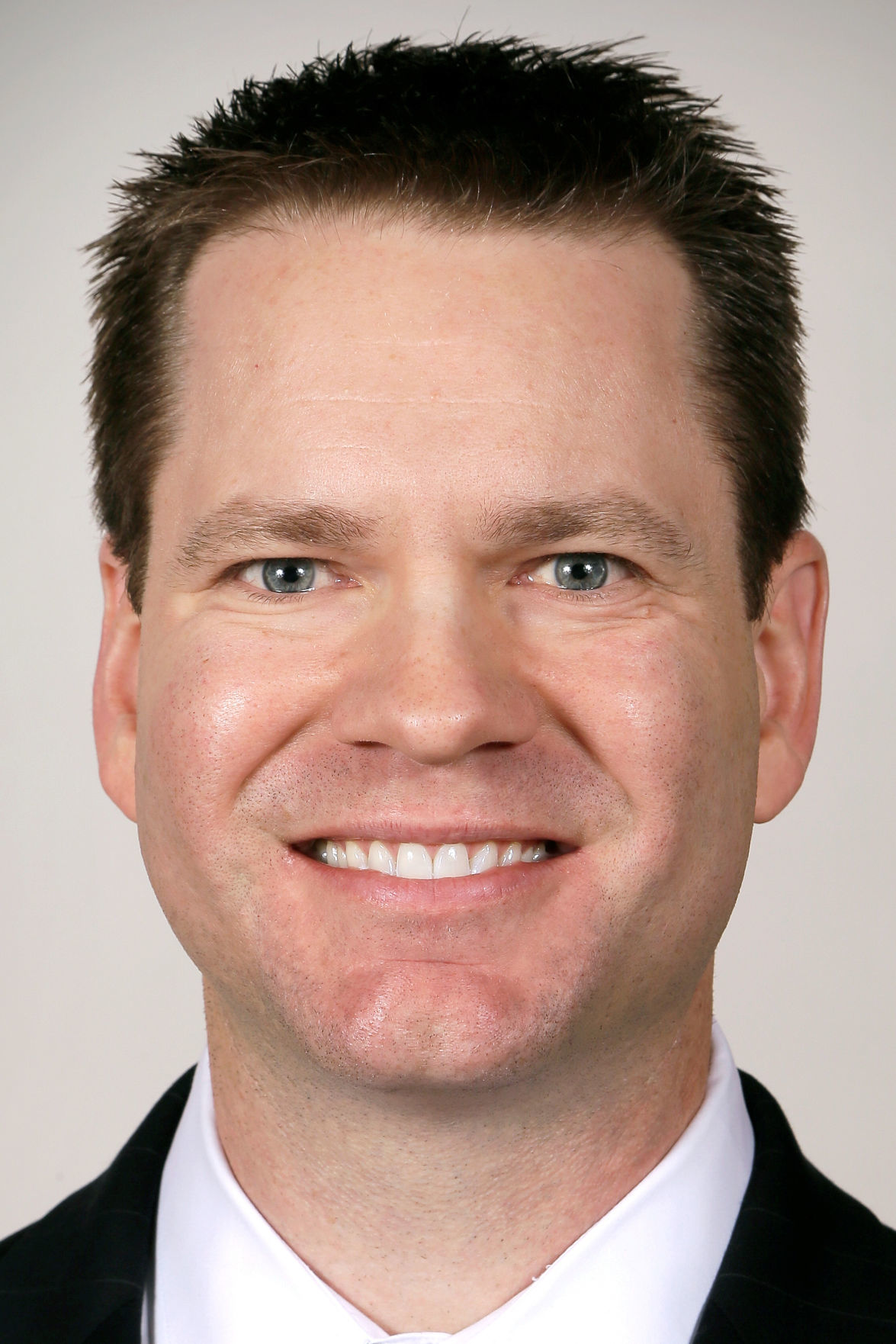