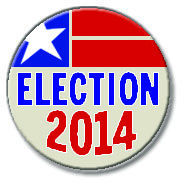 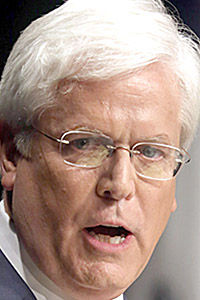 With Election Day less than a week away, new polls released this week have attempted to show where the race stands for Iowa’s open seat in the U.S. Senate.

The only safe assumption appears to be that the race remains very close.

Most polls in the past month have shown a tight race between Ernst, a state senator from Red Oak, and Braley, a U.S. House member from Waterloo. Any leads have been within the polls’ margins for error.

On Wednesday, Quinnipiac University’s latest poll showed Ernst leading Braley by 4 percent. That’s up from her 2-point lead over Braley in the same poll a week earlier.

That came on the heels of the latest Loras College Poll, which just a day earlier showed Braley leading Ernst by 1.1 points. The previous Loras Poll, in early October, showed the race virtually tied with Ernst at 42.4 percent and Braley at 42.1 percent.

An NBC/Marist Poll released this week showed Ernst ahead by 3 points.

Dennis Goldford, a political science professor at Drake University, said the only thing the plethora of polls confirm is that the Braley-Ernst race is close.

“We won’t know until election night who actually wins. At this point, essentially, to use the boring cliché, it’s too close to call,” Goldford said. “That’s all we can get from these polls at this point.”

Goldford noted that neither candidate has reached 50 percent of the support in any of the polls.

“At this point, if somebody were sitting at 50 percent, that would be a very nice position, but nobody is,” Goldford said.

Quinnipiac, which has been polling in Iowa throughout the 2014 cycle, surveyed 817 likely voters from Oct. 22-27 for its latest poll, which has a margin for error of 3.4 percentage points.

Ernst’s 4-point lead in that poll made it one of the rare few to be outside the poll’s margin for error.

“Joni's support is growing every day as more Iowans get to know her as a woman, soldier and independent leader,” Republican Party of Iowa spokesman Jahan Wilcox said in an emailed statement.

Braley’s campaign continues to point to its efforts to target early voting and find new voters who did not cast ballots in the 2010 midterm election.

“The energy and momentum is with Bruce in the final days as he travels the state talking to voters about his vision for an economy that works for all Iowa families, not just the wealthiest few,” Braley campaign spokesman Jeff Giertz said in an emailed statement.

Meanwhile, polls are in agreement on Iowa’s gubernatorial race. All have shown Republican Gov. Terry Branstad leading, most in double digits.

“Democrats thought Gov. Terry Branstad might be vulnerable because roughly half of Iowa voters thought he had been in office too long. But his re-election was never in doubt,” Peter A. Brown, assistant director of the Quinnipiac Poll, said in a media release. “One key indication: more than a third of voters say they don’t know enough about his Democratic opponent to have an opinion. They never bothered to find out because they knew they would be voting for Branstad.”

Elephant breaks into kitchen wall looking for snacks in Thailand

8 children in van killed in crash in Alabama

8 children in van killed in crash in Alabama 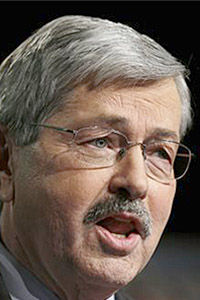