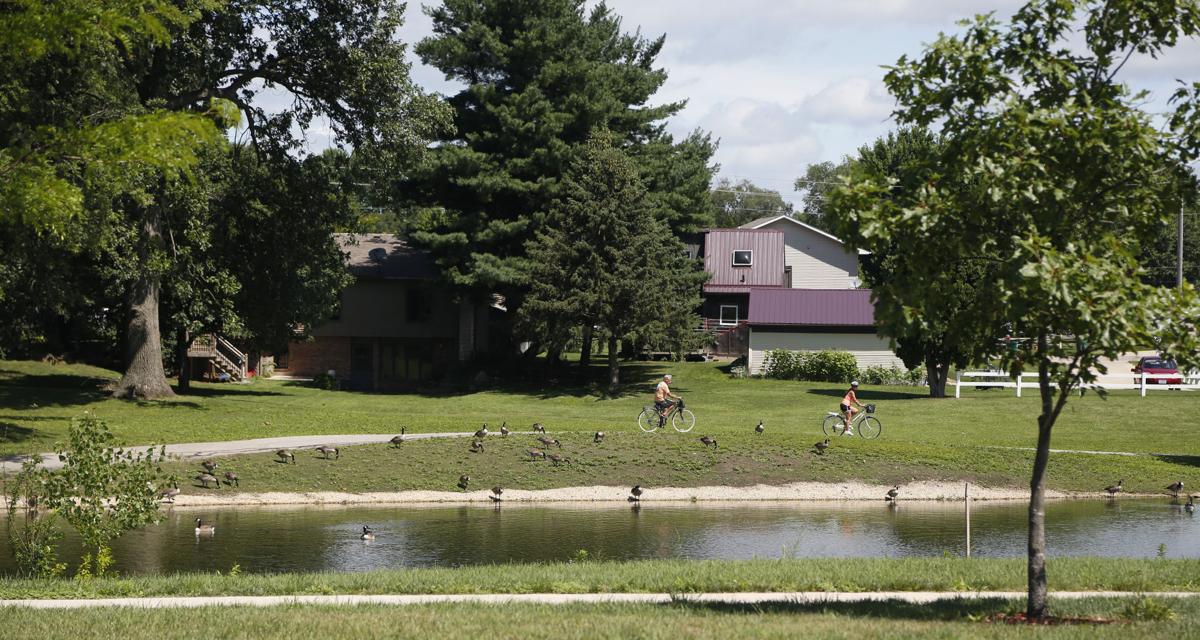 People ride bikes around Angels Park at Meyers Lake in Evansdale. The lake was the focus of an intensive search for cousins Lyric Cook-Morrissey, 10, and Elizabeth Collins, 8, five years ago. 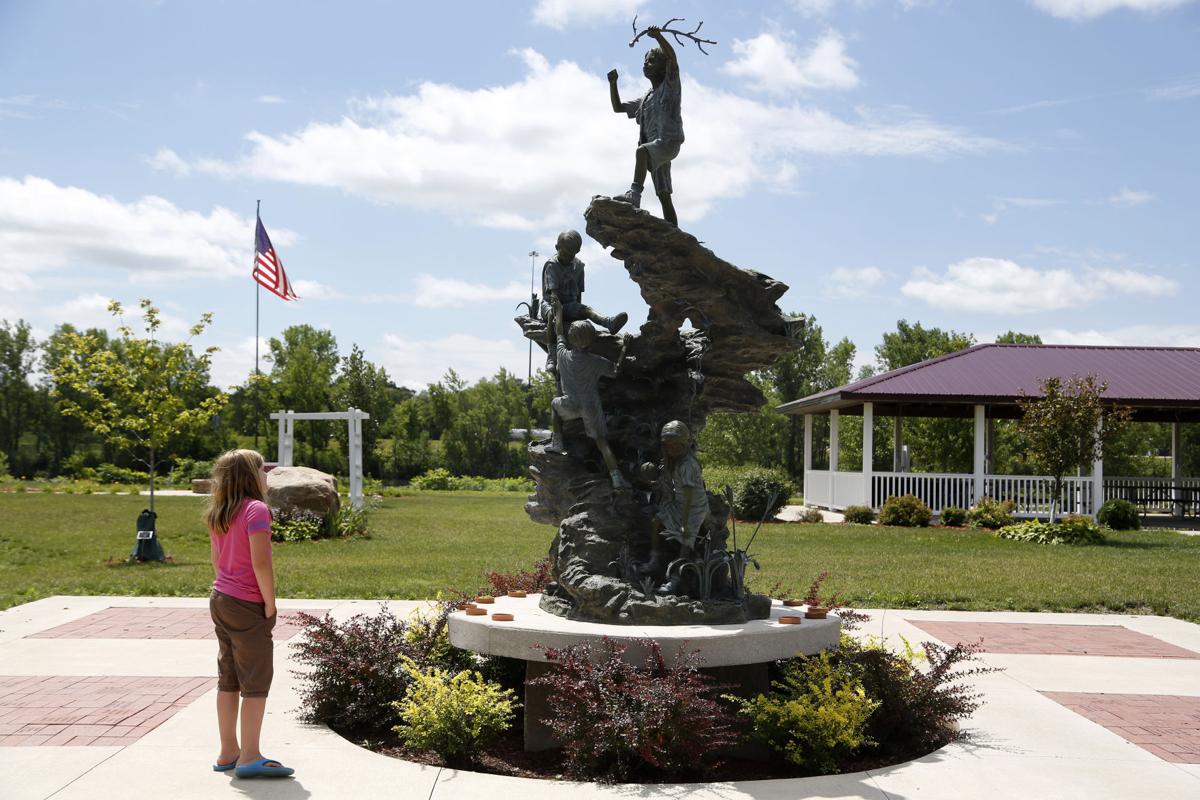 Caylee Siebrands, 8, looks upon the sculpture at Angels Park at Meyers Lake in Evansdale on July 13.

EVANSDALE | The city and community members are making a push to fill a final gap to construct a handicap-accessible bridge at Meyers Lake to Angels Park so the park, dedicated to two young cousins abducted and murdered in 2012 and other child murder victims, can be more accessible to the general public.

Currently an earthen causeway connects a park on the lake's north shore with the park, on an island in the lake. Mayor Doug Faas said the plan is to replace that with a 10-foot wide boardwalk bridge that would be about 150 feet long shore to shore.

Faas said the city likely will prepare plans and specifications and meet with city park board members in about a month and a half to determine if the project can be pared down in some way to meet funds available or if additional funding should be sought.

"We'll let them tell the council the options they'd like to have and the council will decide if the city's going to contribute more money to that of if there should be (additional) fundraising," Faas said.

Depending on the results from that discussion, Faas suggested work likely would begin next spring. The bridge project has been in the works about two years.

The city also is working with a volunteer Angels Park Committee on the project. One of its members is Drew Collins the father of Elizabeth Collins and uncle of Lyric-Cook Morrissey. Lyric, 10, and Elizabeth, 8, went missing July 13, 2012, and their bicycles were found on a trail adjacent to Meyers Lake. Their disappearance was investigated as an abduction and an extensive search ensued. Their bodies were found the following Dec. 5 at the Seven Bridges Wildlife Area in Bremer County some 20 miles away. No arrests have ever been made.

Drew Collins is confident the money will be raised and the bridge built. "I think so because of the great amount of public support," he said.

But he suggested it's going to take securing grants — over and above the best efforts through fundraising — to make the project happen. He noted proceeds from an annual "ride and drive' benefit in Lyric's and Elizabeth's member has only raised a total of about $10,000 over the past two years, a portion of which has gone to the park project.

Collins said in addition to good-hearted citizen volunteers, there have been significant in-kind donations from construction contractors and engineers. He also noted the project's backers include some experienced grant writers.

"My mom wrote a grant for trees from Green Scene," Drew Collins added. "We've got a lot of good people doing good work. I'm pretty confident. There aren't any slouches on this."

Faas said anyone interested in making a donation to the bridge project may contact Evansdale City Hall at 232-6683.

People ride bikes around Angels Park at Meyers Lake in Evansdale. The lake was the focus of an intensive search for cousins Lyric Cook-Morrissey, 10, and Elizabeth Collins, 8, five years ago.

Caylee Siebrands, 8, looks upon the sculpture at Angels Park at Meyers Lake in Evansdale on July 13.