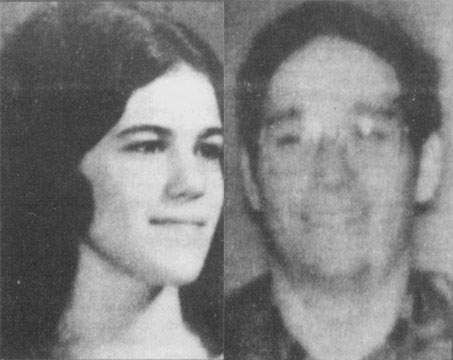 IOWA COUNTY | Iowa County Sheriff Rob Rotter was just 12 years old when a housekeeper at the Amana Holiday Inn found the bodies of Rose Burkert and Roger Atkison inside the hotel.

As the case approached its 35th anniversary, on Sept. 12, Rotter said that the case is cold but not closed.

"I can say a little something goes into that case file every year," he said. "Actually the Division of Criminal Investigation and my office will be having a meeting here, probably in August, to review that case again."

Solving a case that is 35 years old becomes a little more difficult each year. The Iowa County sheriff at the time of the murder, William Spurrier, has died. So has the lead DCI detective who worked the case and another Iowa County detective.

Rotter said some of the suspects in the case also have died.

"One of the biggest problems with that case, in my opinion, is it's a Missouri murder that happened in Iowa," he said. "All of the players are Missouri players. It took the investigators so much time to determine who knew who and who were friends and family. We weren't familiar with anybody."

Still, there are those still around who are familiar with the case. Rotter and other law enforcement officials in eastern Iowa say that while some of their detectives have retired, they still rely on them to help close the book on cold cases.

After three and a half decades, the Burkert-Atkison case file has become more than a quick read.

"If you started to read the case report today and devoted your day to it every day, it would probably take you a couple of months to read it," Rotter said. "It's huge. Just to get to the point when you understand the case and the players and the suspect of the day is quite a task."

Rotter said he became familiar with the case as a patrol deputy working late nights. Over the years, he read the file from cover to cover, piece by piece. His investigator has done the same.

Authorities have said Burkert, 22, and Atkinson, 32, checked into the Amana Holiday Inn — now a Ramada Inn — on the evening of Friday, Sept. 12, 1980. They were both from St. Joseph, Missouri.

Atkinson was married and with a daughter, and Burkert was his mistress.

A housekeeper found the bodies the following day. They were lying side by side and face down in the double bed. Their heads had been struck by repeated blows from a sharp object, possibly a hatchet or some kind of machete.

Authorities said the chairs in the room had been arranged in such a way that suggested the killer had sat and spoken with his victims before their death. Money was stolen and a nearly indecipherable message had been written on the bathroom door. Sheriff Slockett told The Gazette in 1992 he believes it was a revenge killing.

No arrests have been made in the case.

Authorities in both Iowa and Missouri continue to work the case, but Rotter said, "It never had that one golden piece of evidence that solved it."

While Rotter was just a youngster when the murders happened, he said he still can rely on those who worked the case to pitch in.

"Sheriff Slockett still is around and really understands it," he said. "He's a good resource when we need to know something."

During his break from the Senate earlier this year, the sheriff's office talked Kinney into coming back as a reserve and he agreed. Johnson County Attorney Janet Lyness said Kinney was brought back with the specific intention of putting him back on the Kersten homicide.

"Having that relationship of going back to the people who have been up to their elbows in it, I think that's all helpful," he said. "We absolutely draw on that if we can, that experience and history."

"They continually look for clues or new information that may lead to an arrest," he said.

Rotter said his office and the DCI will review the particulars of the Burkert-Atkison case when they meet. Who are the players? Are they still alive? Are there new tests to run or interviews to conduct?

“I always try to keep some level of optimism, otherwise you feel like you’re just going nowhere,” Rotter said. “I think we all think and try to keep a positive outlook that this is solvable and keep trying to find something new. I don’t give up hope.”

Some private citizens also do their parts to keep the memory of cold cases fresh in the public’s mind.

In December 2013, after helping his son with a student newspaper project, Robert Riley created a Facebook page dedicated to the 1979 murder of 18-year-old Michelle Martinko. That page — Michelle Martinko Cold Case 1979 — is a place for the group’s 346 members to share information, dispel rumors and “keep the memory alive,” Riley said.

“I’m not a detective or a wannabe detective,” Riley said. “It’s just a facilitator. It fills a void, just a way of getting people together and trying to jar some information loose.”