CEDAR RAPIDS — Amy Klobuchar doesn’t have to finish first in the Iowa caucuses to claim victory.

That’s because the Minnesota Democrat sees the contest in Iowa as a tortoise-and-the-hare sort of race.

“I acknowledge I don’t yet have the name identification or come from as much money as some of the other candidates,” the third-term senator said Thursday. However, leading in Iowa in September doesn’t guarantee a first-place finish. “There’s been a lot of come-from-behind candidates like Bill Clinton and Jimmy Carter.”

So she’s in it for the long haul.

“When you have this many candidates ... you look at every possibility,” Klobuchar said in a telephone interview between Senate votes.

Of course, the news in Washington Thursday was not so much about the campaign as it was about the latest revelations in the unfolding impeachment inquiry of President Donald Trump. He is accused of soliciting foreign interference in the 2020 election during a phone call with the Ukrainian president.

The inquiry by the House of Representatives may suck up much of the oxygen in Washington and on the campaign trail, but Klobuchar thinks Congress, candidates and voters can multitask.

“I believe you can do two things at once,” she said. “You can deal with an issue of constitutional law, an incredibly important issue for our country and the future of our democracy. Meanwhile, I can address the needs of the people in Iowa and talk about my plans for bringing down the cost of prescription drugs and the president’s trade war.”

So at the same time as she is monitoring the inquiry and participating in impeachment proceedings if it comes to that, Klobuchar said she will continue efforts to build momentum in Iowa and New Hampshire. She mentioned recent endorsements from former and current lawmakers, including Swati Dandekar of Marion and Molly Donahue and Kay Halloran of Cedar Rapids.

“So we’re just building this the old-fashioned way, you know, getting community leaders who are going to run into people in grocery stores and tell them why they’re supporting me,” Klobuchar said. “I’ve also got the situation where anyone can call their friends or relatives in Minnesota and will hear good things about me.”

She believes that the race for the nomination will change after Iowa and New Hampshire. The field is likely to smaller, which means voters can concentrate on the remaining candidates.

When they do, Klobuchar is confident they will see her as a candidate that can attract the support of independents and moderate Republicans in the general election.

“If we want to win,” she said, “that means uniting our party behind someone that people like and can agree with on a number of their policy issues.”

Although recent polls show her trailing the leaders — Biden, Massachusetts Sen. Elizabeth Warren and Vermont Sen. Bernie Sanders, Klobuchar is encouraged that most voters say they have not made a firm choice whom to support in the caucuses.

“I just think you can’t predict this thing,” Klobuchar said about the recent Iowa Poll that found only 20 percent of Democrats had made up their minds and 63 percent said they could be persuaded to support another candidate.

“I don’t think you’d see that if it was a two person race,” she said.

Sen. Amy Klobuchar demurs on which state fair is the best

ALTOONA — Sometimes, discretion is the better part of politics.

In the aftermath of the Wing Ding, Senator Amy Klobuchar has picked support from two farming families in the North Iowa area. 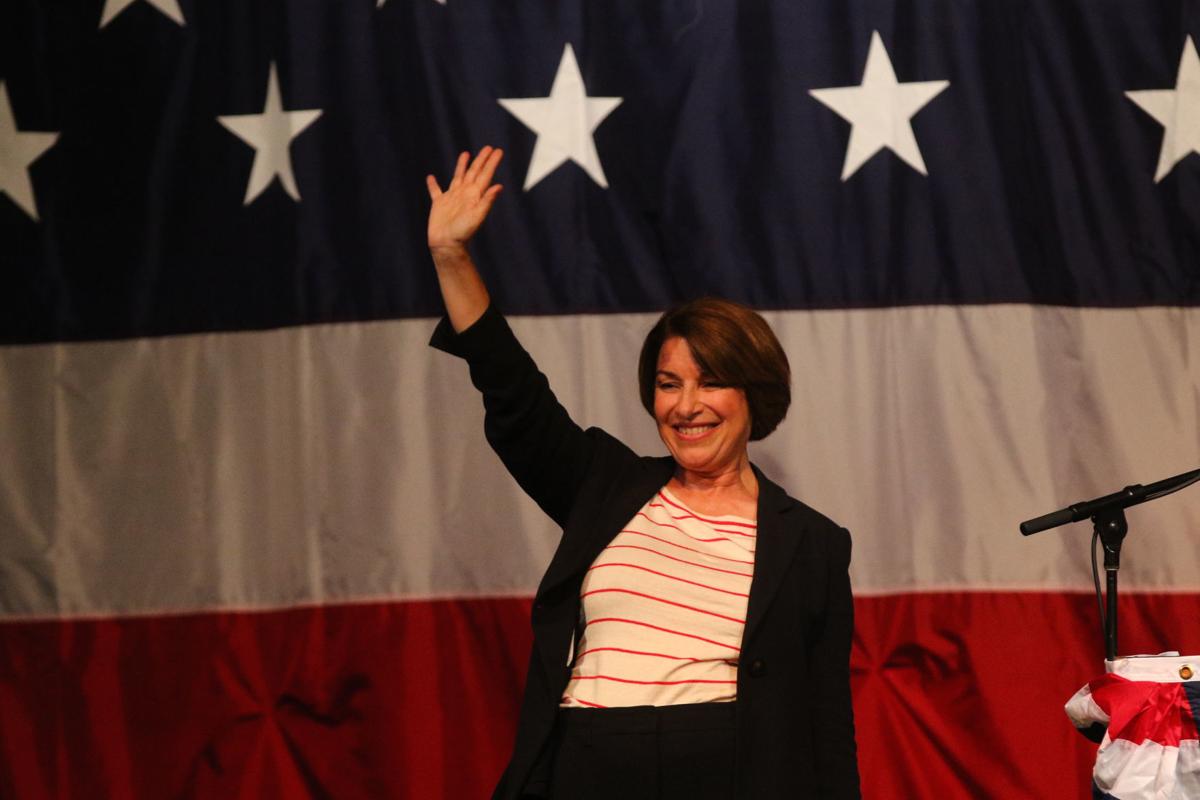 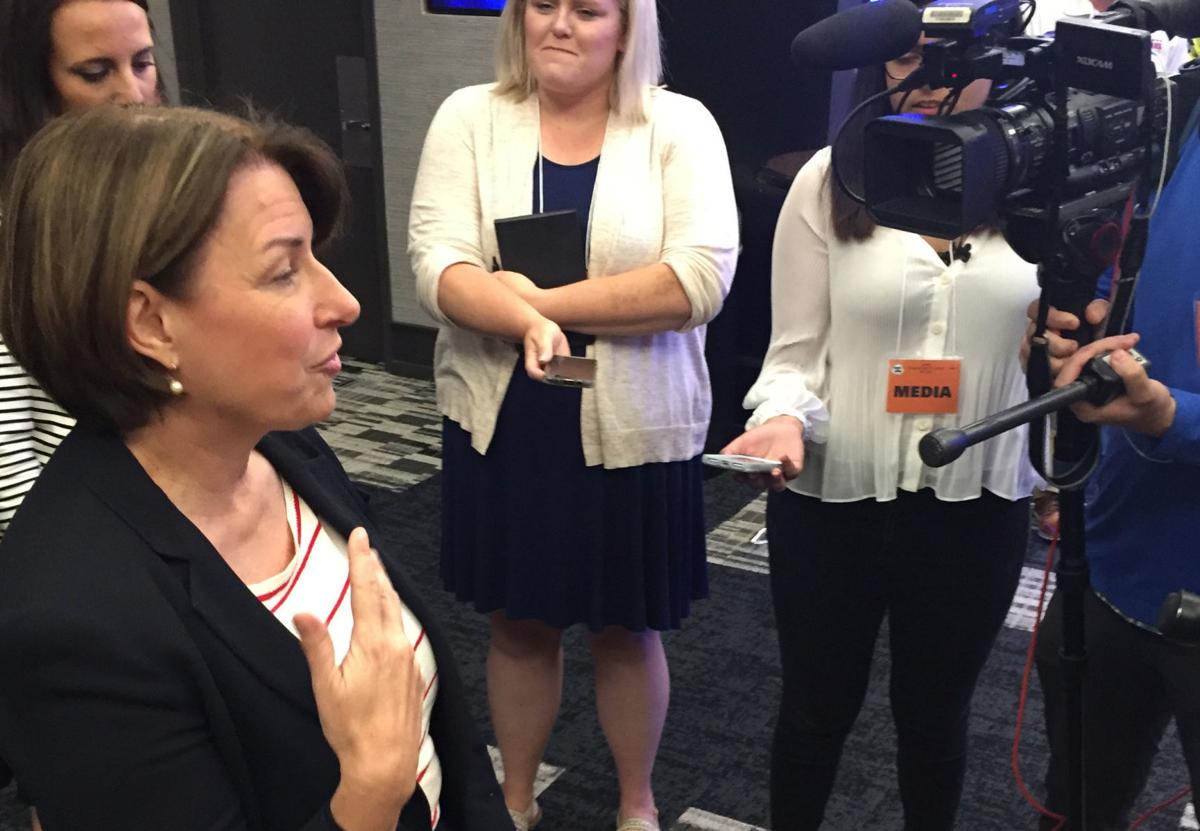 Sen. Amy Klobuchar of Minnesota speaks to the media at the Iowa Federation of Labor, AFL-CIO, convention at Prairie Meadows in Altoona on Wednesday, Aug. 21, 2019. She was one of 15 Democratic presidential hopefuls to speak at the convention.