Iowa’s U.S. senators are breaking ranks with some Republican colleagues who are calling for the name to be made public of the whistleblower whose complaint about President Donald Trump’s conversation with the Ukrainian president launched in impeachment inquiry.

Supporters of the president have called for revealing the identity of the whistleblower, whose name has been kept confidential by U.S. officials in accordance with federal law designed to prevent retaliation.

Many of those laws were written by U.S. Sen. Chuck Grassley, who said this week that as many as 90 percent of his investigations start with whistleblowers.

“It’s pretty simple for me to answer your question by simply saying the law should be followed,” he said during his weekly conference call with reporters. “And the law for intelligence whistleblowers is a little bit different. It’s very important not to out spies, whose life might be in danger if they were outed.”

Some news sources have said they know the identity of the whistleblower but have not revealed the name. However, some Trump supporters, including Donald Trump Jr., have retweeted a Breitbart News story that named a CIA officer as the whistleblower. The officer’s name was mentioned in more than 150,000 tweets in a 24-hour period.

The bottom line for Grassley is that he expects the law to be followed, he said.

Not every whistleblower seeks anonymity, Grassley said. Most of them he has dealt with don’t mind the publicity. If they did ask for anonymity, he would try to protect them, he said.

“I want to encourage whistle-blowing,” he said. This year he has written more than 350 letters calling for investigations. Many of them were prompted by a whistleblower’s complaint.

Grassley also questioned the importance of the whistleblower’s complaint now that the complaint has been released and Trump has made public a rough transcript of his call with the Ukrainian president.

“How much more transparent can you get?” he said. “I’m not sure the whistleblower has much to do with it when it’s all laid out there in the documents we got from the White House.”

As to media outlets naming the whistleblower, Grassley told reporters, “That’s got to go according to the ethics of journalism, and you know more about that than I do.”

Opening and ribbon-cutting ceremonies for the Glen Oaks Community are set for Tuesday in Clear Lake.

WILTON — Like Democrats running for president, U.S. Sen. Chuck Grassley has a plan to grow the economy and strengthen the middle class: Re-elect President Donald Trump. 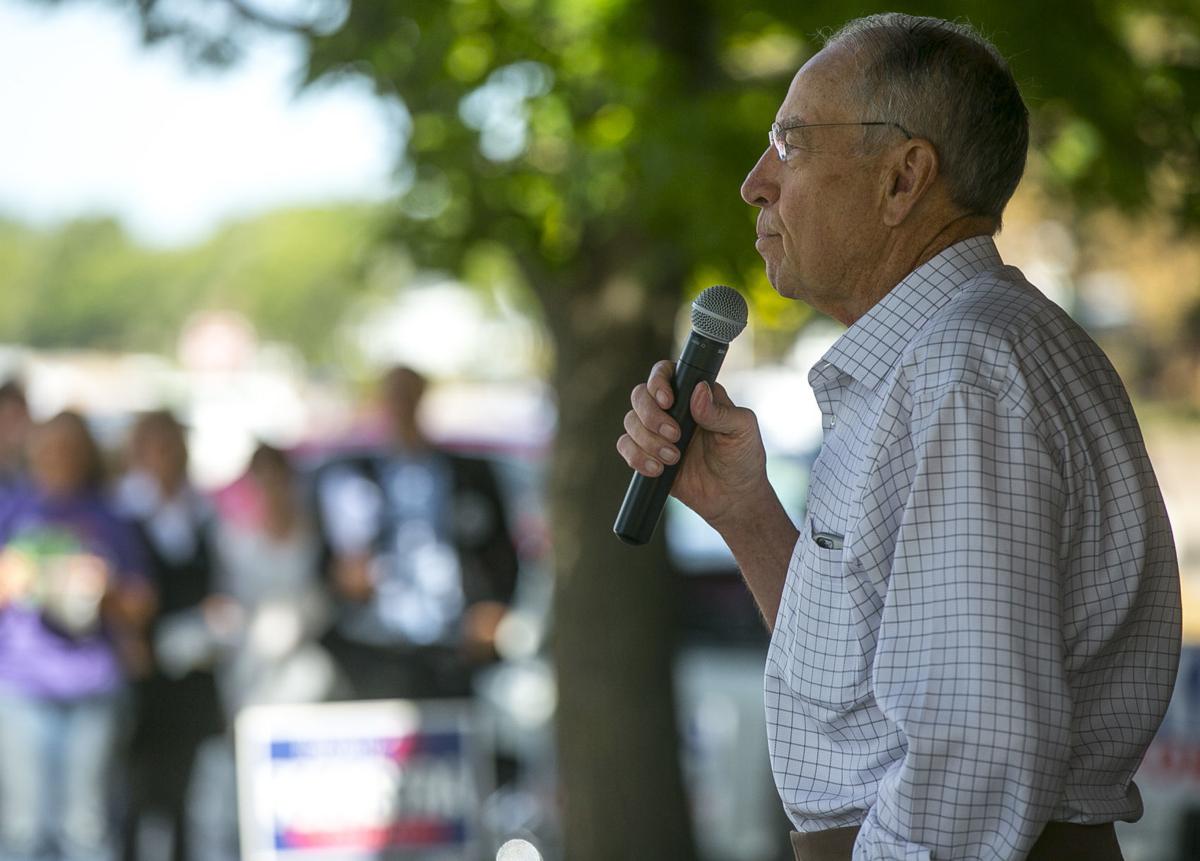 Sen. Chuck Grassley speaks in August at the Cerro Gordo County GOP Brunch on the Beach in Clear Lake. 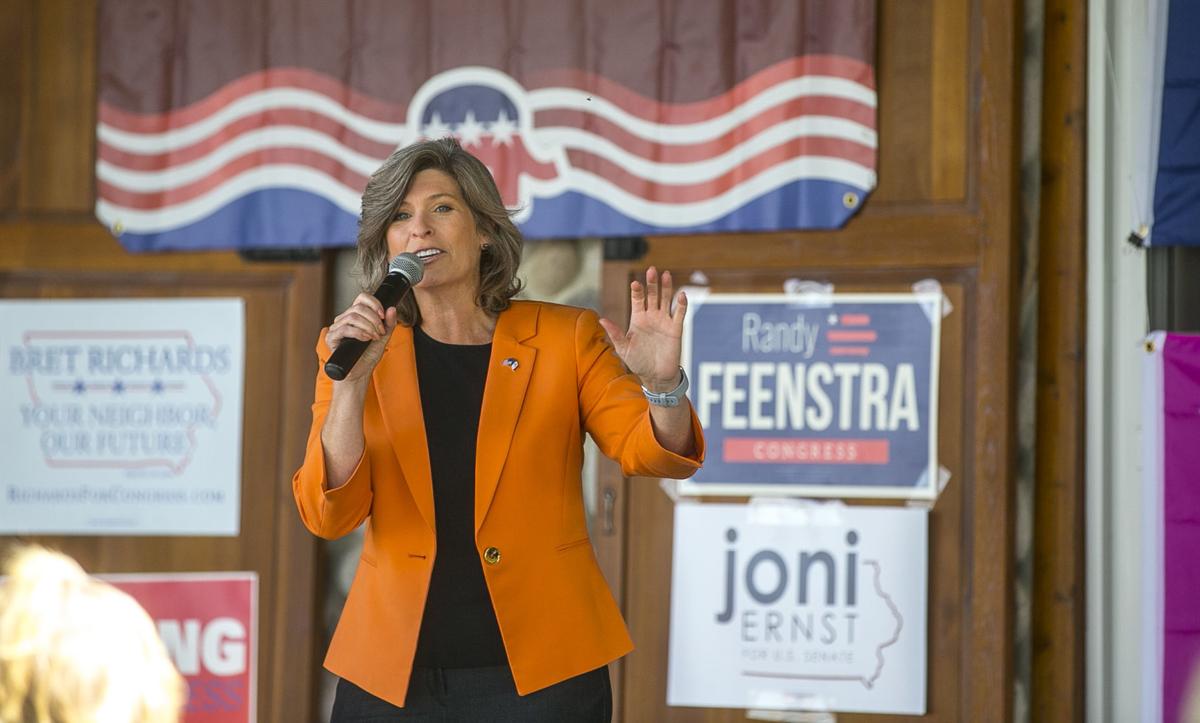 Sen. Joni Ernst speaks at the Cerro Gordo County GOP Brunch on the Beach in August 2019 in Clear Lake.