She had been viciously mutilated and nearly decapitated.

Ratliff, who worked at Airlite Plastics Co. in Omaha, was last seen alive when she got off work about 11:30 p.m. on Friday, Jan. 8.

Police believe Ratliff was killed elsewhere because little blood was found inside her car despite multiple wounds, and there also were indications someone else dressed her in different clothing — her own clothing — from what she’d been wearing when last seen alive.

Authorities also believed the vehicle had been parked in the lot over the weekend.

Officials quickly concluded Ratliff’s murder was not a random crime. The brutal killing was personal in nature, and it wasn’t long before they had a prime suspect.

Obstacles stood in the way of making an arrest, however. The majority of evidence would have been left at the crime scene where the killing took place, and that crime scene was not where her body was found.

Kim was raised by her mother and stepfather, Joyce and Les Kennedy, from age 6. The Kennedy’s allege that Kim had been hanging out with drug users and dealers.

Ratliff’s biological father, Jacque Ratliff, alleges that Les Kennedy was a possessive man and was responsible for Kim’s drug abuse. Kim’s brother believes that Les Kennedy had his hands in her murder because Kim was going to tell the police about Kennedy dealing drugs.

To this day, no witnesses have come forward and police have not been able to gather enough evidence to charge anyone with the crime.

This is a weekly feature highlighting some of Iowa’s unsolved homicides in the hope it will lead to new tips and potentially help solve cases. The project is a partnership between the Globe Gazette and other members of the Iowa Newspaper Association.

Anyone with information about Kimberly Ratliff’s unsolved murder is asked to contact Detective Doug Mann at the Council Bluffs Police Department’s Criminal Investigation Division at 712-326-2507, or call Crime Stoppers at 712-328-7876. 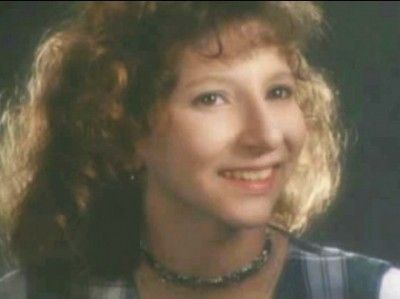