WAVERLY — On Tuesday, Sept. 7, 1976, Marie “Lisa” Peak was found lying face down in a ditch in rural Bremer County.

The 19-year-old Wartburg College sophomore had been sexually assaulted and, according to autopsy findings, died of suffocation and a broken neck.

None of Peak’s clothing was found at the scene. Her body was located beside a gravel road a quarter mile north of Waverly’s city limits.

Peak was majoring in journalism at Wartburg College in Waverly and had returned to the campus for a new school year on Sept. 5. Friends last saw Peak the next afternoon when Peak said she was going shopping at the Willow Lawn Shopping Center in Waverly.

When she didn’t return to her dorm, the friends reported her missing.

Earlier in the year, Peak had provided information to authorities regarding a sensational sex and extortion scheme. The information led to the arrest of Mason City used car salesman John Joseph Carmody Jr.

Carmody had blackmailed more than a dozen women into having sex with him, using threats of mafia retaliation if they refused.

Peak had spent her May school term working as a reporter for the Clarksville Star. She and Iowa writer Chuck Offenburger had planned to write a book about the blackmail scheme, and on Aug. 23 had written Carmody of their plans.

The week before Peak’s murder, Offenburger received a letter from Ted Enabnit, a Mason City attorney who represented Carmody in the court proceedings, stating “Mr. Carmody and his professional writer associates are and will produce the appropriate literary work to tell Mr. Carmody’s story from the mass of accumulated materials.”

Offenburger said Peak had received threats after Carmody’s imprisonment from women who said they loved Carmody and wanted to marry him.

Many wondered if Peak’s murder might be connected to two other Waverly homicides.

Julie Ann Benning of rural Clarksville disappeared the day after Thanksgiving in 1975; the 18-year-old’s nude and decomposed body was found the following March in a roadside ditch just 6 miles from where Peak’s body would later be dumped.

A third unsolved murder occurred five years earlier when the partially clad body of Valerie Lynn Klossowsky, 14, was found south of Waverly. Both Benning and Klossowsky had been strangled.

On May 7, 2010, state and Bremer County officials exhumed Lisa Peak’s body with hopes of discovering new DNA evidence. They found that Peak’s coffin was too broken down and her body too deteriorated to preserve her killer’s DNA.

This is a weekly feature highlighting some of Iowa’s unsolved homicides in the hope that it will lead to new tips and help solve cases. The project is a partnership between the Globe Gazette and other members of the Iowa Newspaper Association.

If you have any information about Lisa Peak’s unsolved murder, please contact Special Agent Jon Moeller at the Federal Bureau of Investigation at 712-258-1920, contact the Iowa Division of Criminal Investigation at 515-725-6010 or email dciinfo@dps.state.ia.us. 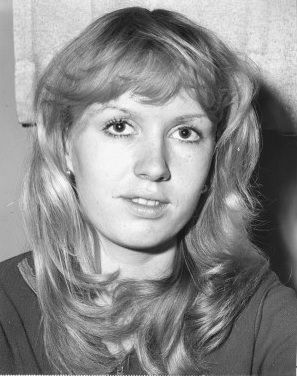