The Kennedy High School senior had driven to the mall after a school choir banquet to shop for a new winter coat.

Wounds on the teen’s hands showed she fought her killer, but the medical examiner’s office said Martinko was found fully clothed and had not been sexually assaulted.

Detectives found no weapon or fingerprints to identify her killer, and said Martinko had not been robbed.

Based on the number of stab wounds — particularly to the young woman’s face — police considered the homicide personal in nature.

On June 19, 1980, police released a composite sketch, developed based on descriptions provided by two witnesses, of the man they believed stabbed Martinko.

The sketch indicated a white male in his late teens or early 20s, weighing between 165 and 175 pounds, and standing about 6 feet tall. During the original investigation detectives compiled a list of more than 80 potential suspects. More than 60 were tested and eliminated.

Using new technology, the Cedar Rapids Police Department was able to procure the suspect’s DNA in 2006.

In December 2013, the Police Department received information from an individual that led investigators to a possible suspect.

Investigators followed the lead, however the possible suspect’s DNA did not match the DNA that is on file that belongs to Martinko’s killer.

Nonetheless, the information provided was credible and investigators believe that further legitimate information from this individual will be beneficial to the case.

To continue the investigation, this individual is being encouraged to contact Detective Doug Larison.

If you have any information regarding Michelle Martinko’s unsolved murder, please contact Det. Doug Larison at 319-286-5412, email d.larison@cedar-rapids.org, or contact the Iowa Division of Criminal Investigation at 515-725-6010 or email dciinfo@dps.state.ia.us. 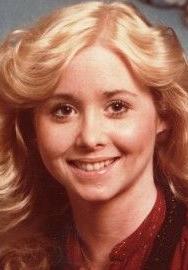