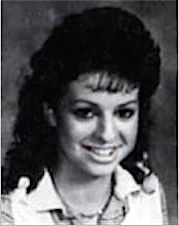 Authorities determined she was thrown from the passenger seat of a car driven by Jeffery Daily. Also in the car were Daily’s best friend, Craig Petersen, and his brother, Kevin Petersen.

Daily, who wasn’t injured, was charged only with operating a vehicle while under the influence of alcohol.

The Loose family was initially told that Kim’s death was a freak accident — that the vehicle’s passenger door had fallen open while allegedly traveling 20 mph over a speed bump in a parking lot — and that Kim had fallen from the vehicle, broken her neck and died.

In 2011, Kim’s family obtained copies of police reports and autopsy photos which were inconsistent with what they were told 25 years earlier. The sheriff’s office reopened the case, calling the death “suspicious,” but closed it again shortly after, ruling the death an accident.

The family doesn’t know what transpired from the time the death was ruled suspicious and the case reopened, until it was ruled accidental and the case closed.

Petersen disappeared the morning of Sept. 28, 1986 while walking across the Interstate 280 bridge south of Davenport. Two days later, his body was found floating 2 miles west of Montpelier on the Mississippi River.

No conclusive evidence ever proved whether Petersen had jumped (voluntarily or by coercion), fallen, or been pushed from the bridge into the river.

Both deaths were considered suspicious and perhaps related, given the victims’ association with Daily, yet in the nearly three decades since the two young victims died, conflicting reports of what happened that weekend still leave many unanswered questions.

Anyone with information about the deaths of Kimberly Loose or Craig Petersen is encouraged to contact the Iowa Division of Criminal Investigation at 563-284-9506 or the Iowa DCI at 515-725-6010.