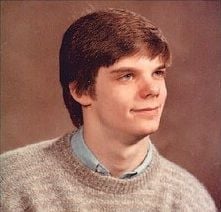 Schappert's throat was slashed, and he also sustained numerous stab wounds to his back during a robbery at the 2743 Mount Vernon Road S.E. store.

Cedar Rapids Police also had one crucial lead: a witness placed a van at the store near the time the murder occurred. Police checked on more than 400 such vans registered in the area, but admitted the van driver could simply have been making a delivery at the store.

Schappert's father believes his son was acquainted with his killer. Two weeks before the murder, Brian had been promoted to assistant manager and given the combination to the store's safe, his father said. His body was found near the convenience store’s open, emptied safe.