JOHNSTON — Iowa sustained “significant” infrastructure, financial and crop damage as hurricane-like storms devastated much of the state Monday, prompting Gov. Kim Reynolds to declare at least 20 counties as state disaster areas with expectations federal aid also will be requested as crews work to restore power to an estimated 450,000 households.

“Although it will take days or weeks to know the full scope of damage, initial reports are significant,” the governor told a Tuesday briefing. She said early reports indicate at least 10 million crop acres were impacted along with many buildings, and she spent part of Tuesday touring damaged areas of Tama and Linn counties and taking in aerial views of farms as state officials assess the destruction and make plans to seek federal assistance.

“I will be shocked” if Iowa doesn’t meet and exceed the federal threshold to qualify for a presidential disaster declaration, the governor told reporters. Reynolds urged residents in hard-hit areas to be patient in that it could take several days for utility crews to repair outages and she urged communities, farmers and others to document damage in anticipation of the federal disaster request.

At the peak, about 550,000 Iowa households were without power Monday but that number slowing has been whittled to an estimated 450,000, Reynolds said, adding “the seriousness of the damage to the power grid could mean that some power outages last for several days. Linn, Marshall and Scott were especially hard hit.”

Utility crews are working around the clock to remove debris and repair electrical lines with crews from other states being enlisted to help under a mutual aid compact.

“It will be a number of days before we know the full impact of yesterday’s storms,” the governor added.

The governor’s proclamation allows state resources to be utilized to respond to and recover from the effects of this severe weather in the affected counties.

The Iowa Individual Assistance Grant Program provides grants of up to $5,000 for households with incomes up to 200 percent of the federal poverty level or a maximum annual income of $43,440 for a family of three. Grants are available for home or car repairs, replacement of clothing or food, and temporary housing expenses. Original receipts are required for those seeking reimbursement for actual expenses related to storm recovery. The grant application and instructions are available on the Iowa Department of Human Services website. Potential applicants have 45 days from the date of the proclamation to submit a claim.

Disaster Case Management is a program to address serious needs to overcome a disaster-related hardship, injury or adverse condition. Disaster case managers work with clients to create a disaster recovery plan and provide guidance, advice and referral to obtain a service or resource. There are no income eligibility requirements for this program; it closes 180 days from the date of the governor's proclamation. For information on the Disaster Case Management Program, contact your local community action association or visit www.iowacommunityaction.org.

In addition, the proclamation temporarily suspends regulatory provisions pertaining to weight limits and hours of service for disaster repair crews and drivers delivering goods and services and the movement of loads related to responding to the severe storm system throughout the state of Iowa.

Iowa residents of counties impacted by the recent severe weather are asked to report damage to help local and state officials better understand the damage sustained. Damage to property, roads, utilities and other storm-related information may be reported. This information will be collected by the Iowa Department of Homeland Security and Emergency Management and shared with local emergency management agencies.

"I don’t need a year in review for 2020," Naig said during the Chamber of Commerce's annual "Ag Breakfast."

Iowans can tune in to a derecho relief concert televised by Mediacom this Thursday evening. 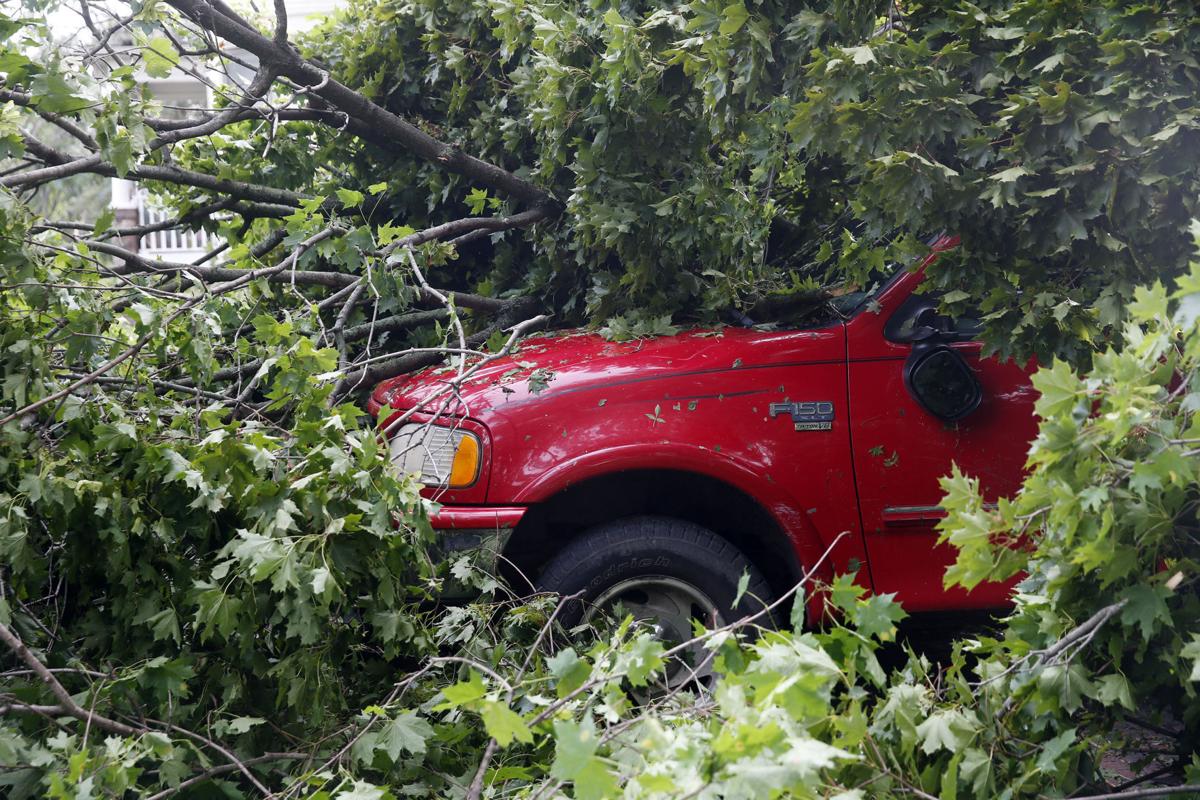 A truck is covered by fallen trees in Cedar Rapids after a powerful storm with straight-line winds moved through Iowa on Monday, Aug. 10, 2020. 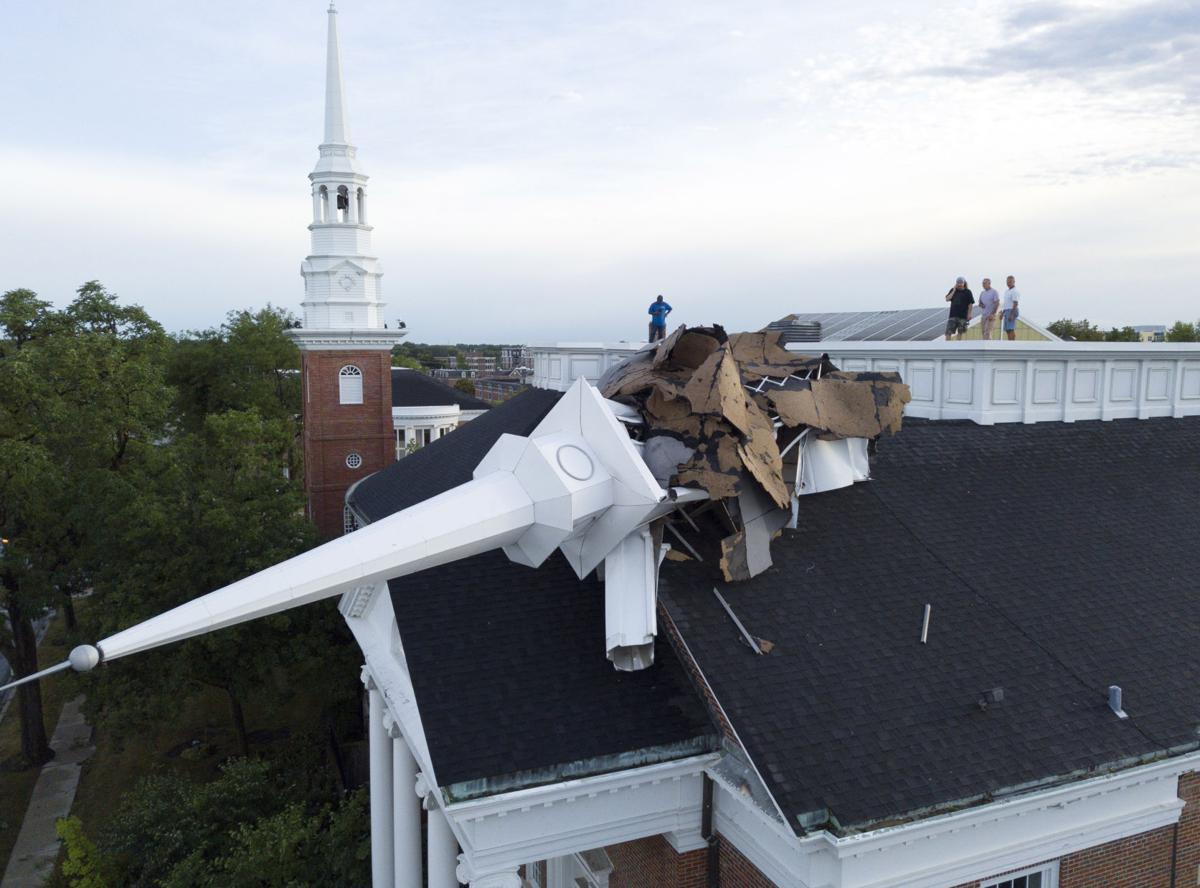 The steeple at College Church in Wheaton, Ill., was toppled during a storm Monday, Aug. 10, 2020, in the northwest suburbs of Chicago, Ill. Church officials check out the damage from the rooftop which also left several trees in the nearby park heavily damaged.