Iowa Governor Kim Reynolds signed a bill into law that allows registered all-terrain and utility-terrain vehicles to operate in all 99 counties with certain restrictions.

The new law took effect July 1, but several county entities, such as the Cerro Gordo County Conservation Board and the sheriff's office, are still discussing the ramifications.

Cerro Gordo County Sheriff Kevin Pals said the new law left some areas open for interpretation, so individual counties can still decide where the vehicles will be allowed.

The law change is the result of ATV and UTV riders saying they wanted more access to county and state roadways and they wanted to be able to ride in all 99 counties a 2020 survey.

The most noticeable immediate change to the law is that ATVs and UTVs will be allowed on all county highways in Iowa for both recreational and agricultural purposes, but with a speed limit of no more than 35 mph. Riders are restricted from travelling on interstates, however.

Pals said ATVs and UTVs were already allowed on most gravel roads in Iowa before the law change. Now, they will also be allowed to travel on paved, undivided primary and secondary roads.

To be lawful for ATVs and UTVs riders to operate on these roads, they must be traveling to another county road, and use the most direct and accessible route between an ATV park or trail.

However, Pals pointed out the county trails maintained by the County Conservation Board are off limits and the closest ATV park is in Fort Dodge.

“The new law intended to give the riders what they were asking for while still keeping the counties safe,” Pals said. “The problem now is they think they can go anywhere they want to.”

Additionally, the new law states the vehicles must have operational head, tail and brake lights and be equipped with a horn and rearview mirrors.

ATV and UTV operators must also be at least 18 years old with a valid driver’s license, and they must carry a valid proof of insurance.

There are also several restrictions on roads ATV and UTV users will be able to travel.

ATVs and UTVs are not permitted to drive on any gravel or paved roadway that is marked under construction, closed or a detour for normal vehicle traffic.

ATVs and UTVs may be restricted from county roadways during special events, like RAGBRAI, for a maximum of seven days consecutively or 30 days in a year.

Riders will be allowed to operate day or night.

Since the law went into effect, Pals said sheriff's deputies have been seeing the ATVs and UTVs on county roadways with drivers moving at speeds of 55 to 60 mph. Pals said this creates a dangerous situation.

“We're not against them (the vehicles,) as long as they follow the law,” Pals said.

Mary Loden covers city and county government for the Globe Gazette. You can reach her by emailing Mary.Loden@globegazette.com

Pat Hamilton has big goals for the school system.

The boys were transported to Lakes Regional Healthcare in Spirit Lake, where the 15-year-old was pronounced dead. The 14-year-old was treated and released.

A Charles City man has been arrested following his involvement in a deadly crash late last month.

There will be two road closures in Mason City starting Monday, Aug. 15.

Attendees who gathered Friday night for the first in-person Iowa Democratic Wing Ding at the Surf Ballroom since 2019 didn’t exactly pack the house.

Neighbors called police after spotting the 4-year-old in nothing but a diaper. Then recently, the child had apparently run a block and a half away from his home naked.

One dead, 17 hurt in crash during fundraiser for fire victims

Police allege that the driver of the vehicle in the crash later killed a woman in nearby Nescopeck and the county coroner identified her as his 56-year-old mother.

They say two heads are better than one, and a collaborative effort usually works better than going it alone.

The boy lost control of the UTV on a grassy area, causing the vehicle to roll over on its top and partially eject him. 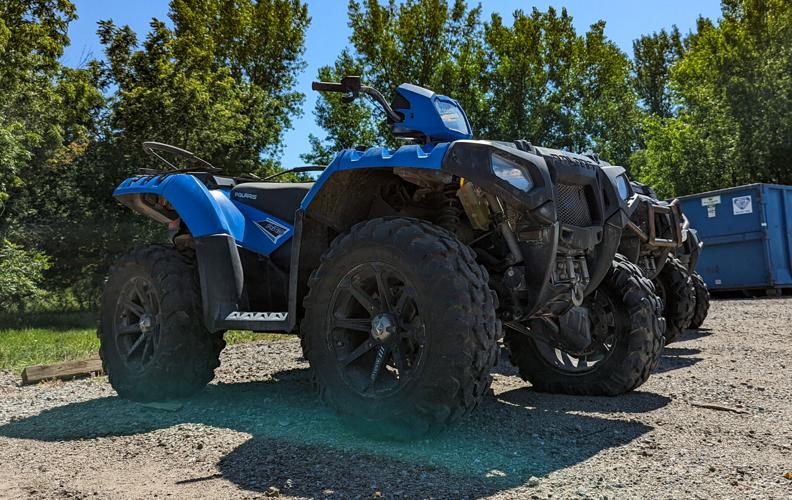 An all-terrain vehicle can be seen parked at a local retailer. 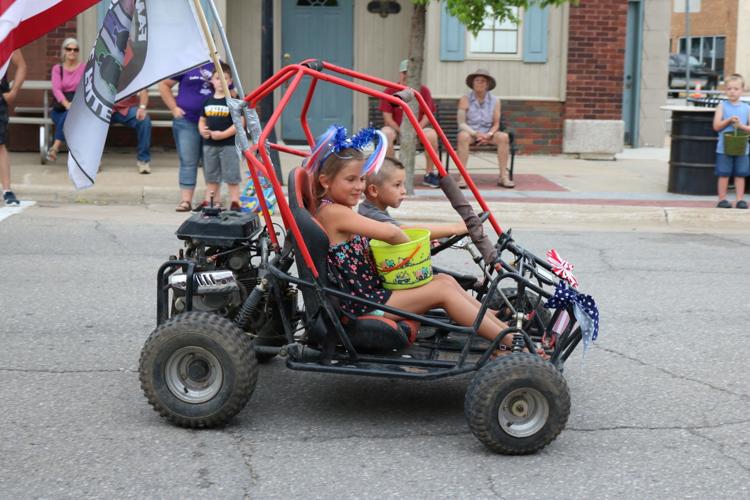 Two kids drive a mini ATV during a parade in Forest City in 2019.