In the face of deep budget cuts, the Garner-Hayfield-Ventura Community School District is planning to cut some staff members and move the middle school into the elementary school building in Garner to share staff.

The school board held a community meeting Tuesday night to explain the situation and the solution to the district residents.

According to Superintendent Tyler Williams, in the last year before Garner-Hayfield CSD consolidated with Ventura CSD in the 2014-2015 school year, it had a spending authority of just over $3 million.

After the first year of the districts’ consolidation, in 2015-2016, the spending authority was decreased to $2.7 million.

This school year, the spending authority has been decreased down to $424,000.

Until now, the school board has been implementing annual budget cuts of $200,000 to $400,000, but according to a financial expert Williams said he consulted, if they cut $850,000 from their expenditures, the spending authority will grow to nearly $1 million at the end of next year.

The average teacher makes $75,000 at GHV, and with 17 more teachers, the district is paying educators $1.275 million more than the district was 15 years ago.

The district also has more programs available for students that require more teachers than they did 15 years ago, but with the necessary spending cuts, and especially because staff makes up 80 percent of the budget, people will lose jobs. Teachers who lose their jobs will still serve through the end of the school year, Williams said.

“I will not make a decision that will have a negative impact on student achievement,” said Williams.

When looking at the budget, the school board focused on personnel, transportation and use of facilities to reduce expenditures.

“We’re operating from three buildings that we can’t share teachers with our middle school staff and our high school staff because we’re in two different communities,” Williams said.

After some personnel cuts, the next part of the plan will be to move the middle school into the Garner elementary school building and make it a K-8 building so they can share staff between both schools in Garner.

Williams said there are plenty of empty rooms in the elementary school building to accommodate grades 5 through 8, and all the grades will be able to comfortably use all the facilities, like the gym and the band room.

“If pre-K-8 fits into that building and we can share teachers between those two facilities, it provides a tremendous amount of opportunities for our school to get on the right track from a spending authority standpoint,” Williams said. “But the downside to that is we have this beautiful three-story building in Ventura, and what are we going to do?”

The district will not shut down or sell the building, according to Williams; instead, they will let Four Oaks, which serves children with trauma, criminal history, drug history, classroom challenges or no safe home, use the building to serve kids throughout the North Iowa area, including kids from Forest City CSD, West Hancock CSD and North Iowa CSD.

“We are this close to sealing a deal with Four Oaks to run a social, emotional, and mental health therapeutic building to provide services to kids from across North Iowa, all out of that building,” Williams said.

As for the sports facilities (the gyms and the football field), Williams said games will still be played on the fields and in the gyms, and the boys and girls teams can play at the same time in both gyms and fields, one in Garner and the other in Ventura, and switch courts every week.

Larry Costello, who has served on the board for 41 years, said one year they had overspent their budget, and the work to get back from that was “astronomical,” so he understood why they wanted to get this taken care of immediately.

However, Costello also warned against rushing through the process, telling them to look at the effect it will have five years in the future, because when GH consolidated with Ventura, he said they rushed through it.

“Don’t blame this Board for where it is,” he said. “Blame those of us that were on the board in 2012… because we rushed it through, and believe me, the finances were probably great, had an unspent balance, but spending authority wasn’t going to be great forever.”

The Rev. Justin Asche from the United Presbyterian Church in Garner said even when the middle school moves from Ventura to Garner, the community will continue to move forward, survive and thrive.

“That’s what this is about,” he said. “Allowing [the school board] to move our community onward. We want to be Garner. We want to put it everywhere that we’re the most progressive – I tell people about that in my church and community – and you’re stuck in the past, friends.”

Asche said he wants to be a part of the progressive community that puts the kids first and works to completely serve them.

Gov. Kim Reynolds said Thursday that her former boss, U.S. Ambassador to China Terry Branstad, plans to stay in Beijing while China deals with a serious outbreak of the coronavirus.

Republican leaders at the Statehouse said talks are underway to close differences on state funding for K-12 schools with an eye on meeting a deadline next Thursday for legislators to set the increase in state supplemental aid to K-12 schools for the fiscal 2021 school year.

Officials with the Iowa Department of Human Services are reminding Iowans with low to moderate income and those residents who are elderly or have disabilities that they can get free tax preparation services at sites throughout the state.

The grant program is funded by gas and electric utilities across Iowa and open to Iowa businesses, colleges, universities and private nonprofit agencies and foundations.

County attorneys and assistant county attorneys, who say it is not uncommon to receive threats of death and violence, would be allowed to obtain a professional permit to carry weapons under legislation that passed the Iowa Senate on Thursday.

One of the bills, House File 2097, would require the state Department of Transportation to install and maintain adult changing stations in facilities at rest area.

The Iowa Department of Natural Resources reported Thursday that 89 of Iowa’s 99 counties notified the agency by Jan. 31 that they plan to evaluate construction permit applications and proposed animal confinement locations by using the state’s master matrix.

Close races may be too much for caucuses to handle

One Iowa Action Executive Director Courtney Reyes says at least 13 anti-LGBTQ bills have been introduced this session by Republican legislators – second nationally only to Missouri with 14.

Local governments would be liable for the legal costs associated with challenges if they attempt to prohibit employers from asking about job applicants’ criminal histories or knowingly violate other state laws under a bill now on the House debate calendar.

Which candidate won? Please hold to find out

You waited three days after the Iowa Democratic caucus to see the state party’s best shot at saying how the presidential candidates fared. Get used to the delay.

During Monday's committee of the whole meeting, the Mason City CSD School Board received updated cost estimates from their hired architectural firm for the gym and pool project.

After holding a community meeting regarding severe budget cuts to raise spending authority, Garner-Hayfield-Ventura CSD School Board has started down the path to cutting expenditures in their meeting Monday night.

Azar: Americans should have confidence in vaccine

Azar: Americans should have confidence in vaccine 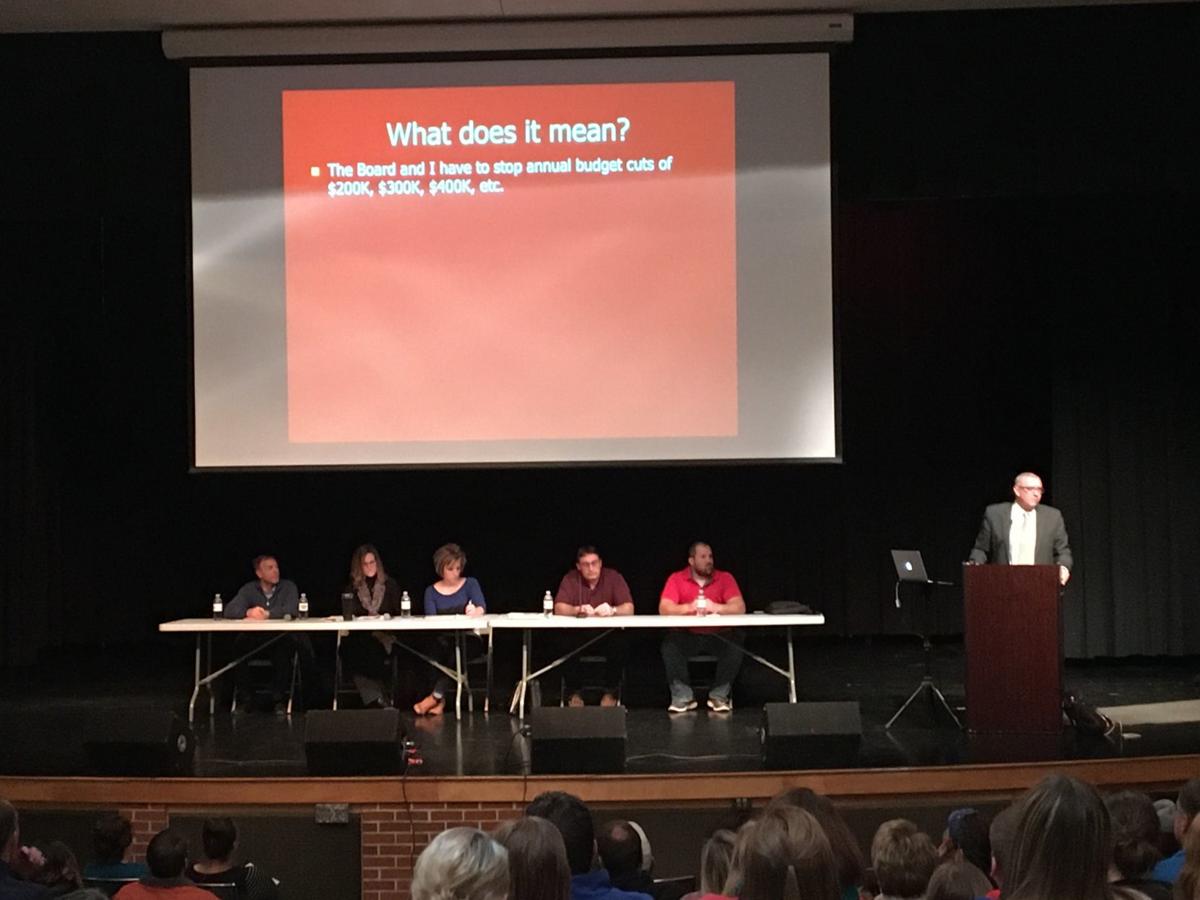 Superintendent Tyler Williams gives an in-depth presentation about the expenditure cuts the school board will be making. 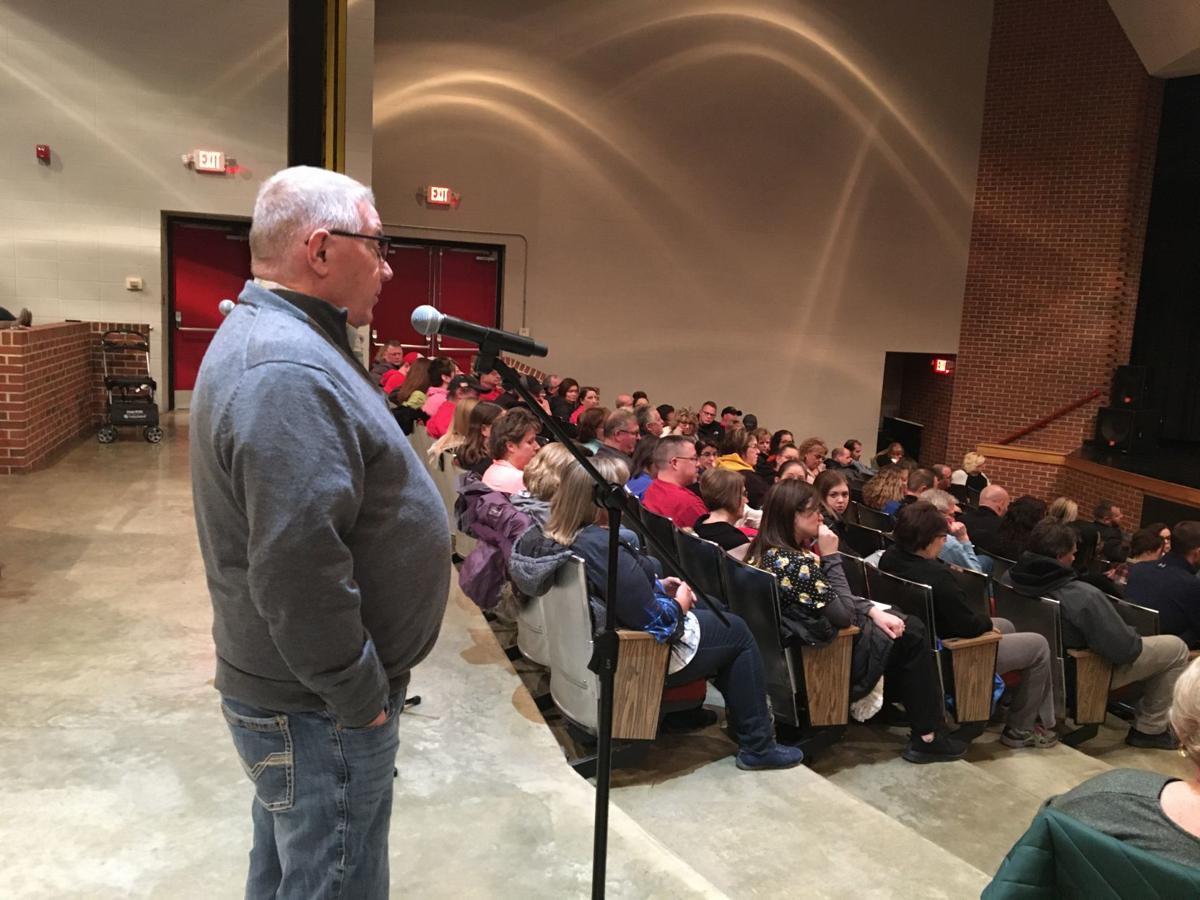 Larry Costello, a past board member, gives his insight at last Tuesday's community meeting. 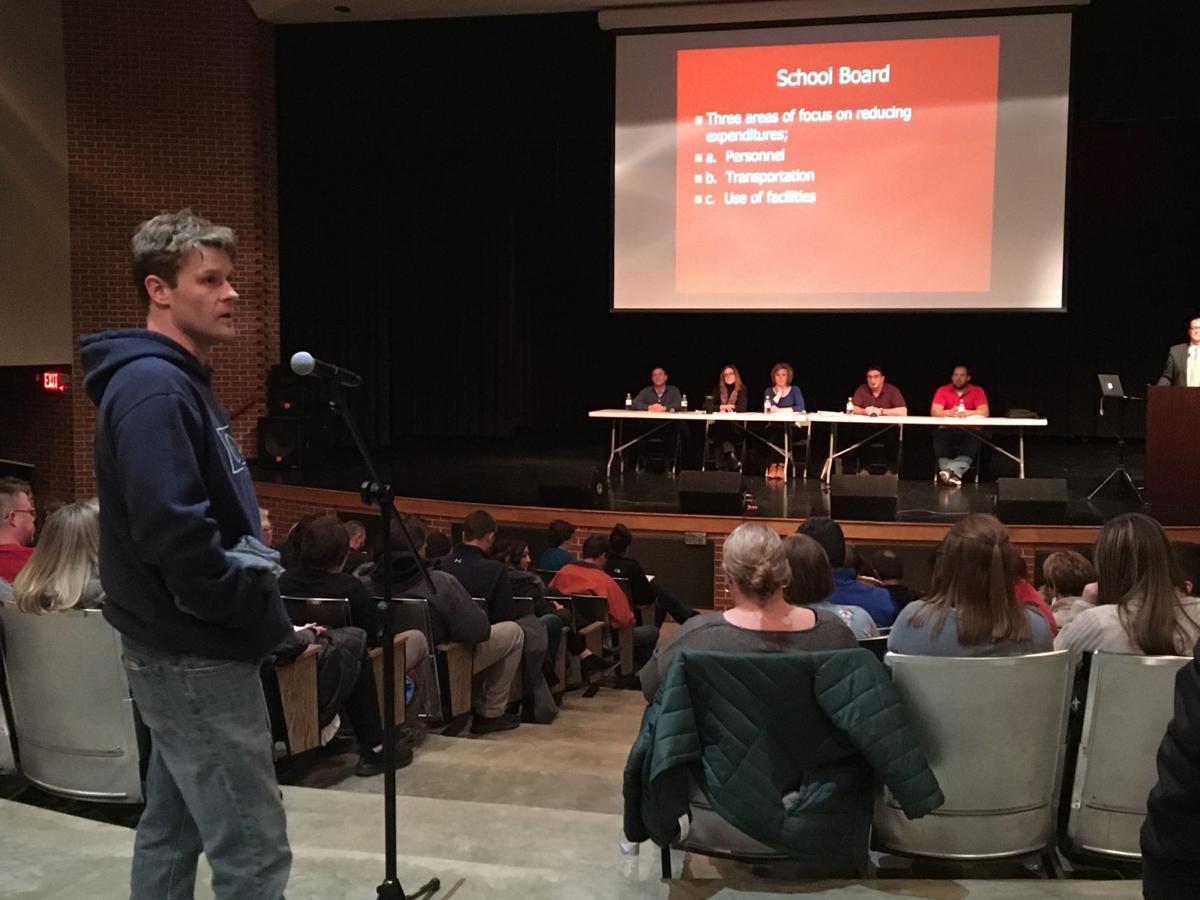 The Rev. Justin Asche from United Presbyterian Church in Garner tells the audience his point of view on the budget cuts and what the board is trying to do.