When Sharli Fessler, Britain Miller, and Hannah True expressed interest in starting a girls' rugby club at Central Springs, many thought they were joking.

Now they are days away from their first game.

"People thought it was a joke and laughed at us, saying 'you're not going to get this done,'" said Fessler.

"That pushed us," True said.

The idea to organize a girls' team materialized when the three were cheering on the boys' rugby team. All of them joked at first about how they could play the sport. Then they started thinking seriously about playing rugby and felt they were "strong enough" to do it.

"We talked to people and asked if they would be interested before we got started. We asked the boys' coaches how to start it up," said Fessler.

"At first they were like, 'Do you really want to do this?' And we were like, 'Yeah!'" Miller said.

Fessler, Miller, and True collected more than 25 signatures from girls interested in starting a team. The club was given the go-ahead from the school board at its Aug. 15 meeting.

"We were like, 'You don't have to do it, but you're going to have fun.' We're not going to be all strict with it," said Fessler.

Fifteen Panthers are part of the first-ever team, and none have prior experience playing the sport. Despite this, each one has buckled down to learn how to play.

"They catch on really fast. They're always asking questions on how to get better and what they can do more," said head coach Bill Dahlstrom. "They love the game."

"The coaches have done well to teach us, and we're picking it up because they are hands on," Miller said.

The team held a clinic and learned the game from three high-level rugby players, including one from New Zealand's famous national team, the All-Blacks. Each player took knowledge from the clinic and applied it to their practices, like passing and being aware of a teammate's position.

"They're catching on to the game fast and helping other ones that aren't well advanced," said Dahlstrom.

"I just didn't want to see these girls putting that much work into it and having it go away," said Dahlstrom.

"I'm glad that we got the coaches and the support from the coaches. We didn't really think we'd get a team because we didn't know who would coach," True said.

Central Springs High School's girls' rugby club will take the field for the first time in Norwalk against Des Moines Roosevelt at 6:40 p.m. and then Indianola at 7:50 p.m. Monday. The Panthers first and only home games will be Oct. 24 against Cedar Rapids at 6 p.m. and Ankeny at 7 p.m. in Nora Springs.

"It's been a lot of energy here. They want to know more and more, and we're trying to throw everything at them," Dahlstrom said.

Fessler, Miller, and True said they were feeling a bit nervous about their first game.

"I'm looking forward to it. I'm just hoping we do good and everybody still enjoys it," said Fessler.

"I think as a team we're going go there and have fun and try to win this," said Miller. "Whatever happens, happens, but we're going to do good."

The trio said they expect the club to grow, with freshman finding time in their schedule for next year and growing interest among the eighth-graders.

"Just get out here. There's a spot for everyone, like no matter your role," said Miller.

"It came from a joke into an actual thing," Fessler said with a smile.

Iowa State Patrol Senior Trooper Bob Conrad said at least 30 people were in the plant when the explosion happened. It wasn't clear what caused it.

Britt man charged with sex abuse of a child

A Britt man is facing up to 60 years in prison after being charged with multiple counts of sexual abuse of an 11- or 12-year-old child.

A 7-year-old Texas girl has been found dead two days after being reported missing. A FedEx driver who made a delivery to her home shortly before she disappeared was arrested in her death. A  tip led authorities to the man.

Rebecca Taylor was taken a hospital after police found her with a head injury. She never regained consciousness and died Saturday, according to friends and relatives. She was 39.

Former Boone County Sgt. Dallas Wingate told investigators he had put the dog in his truck because it was barking at a deer, then forgot about doing so.

“It doesn't matter whether the former president said this, or anybody else said it in regard to suspending the Constitution, it's unconstitutional,” Sen. Grassley said.

According to the Iowa State Patrol, the pilot took off from the Adams County Airport outside of Corning. The plane appeared to have collided with power lines during takeoff.

Why walruses are fed restaurant-quality seafood at zoo in Washington

Why walruses are fed restaurant-quality seafood at zoo in Washington 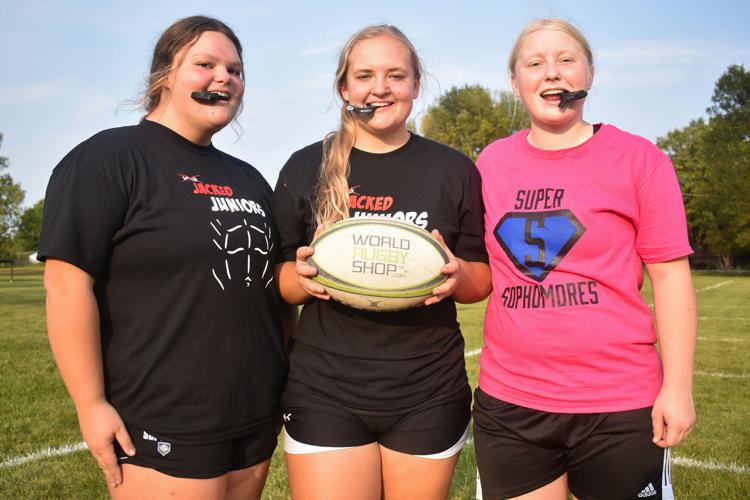 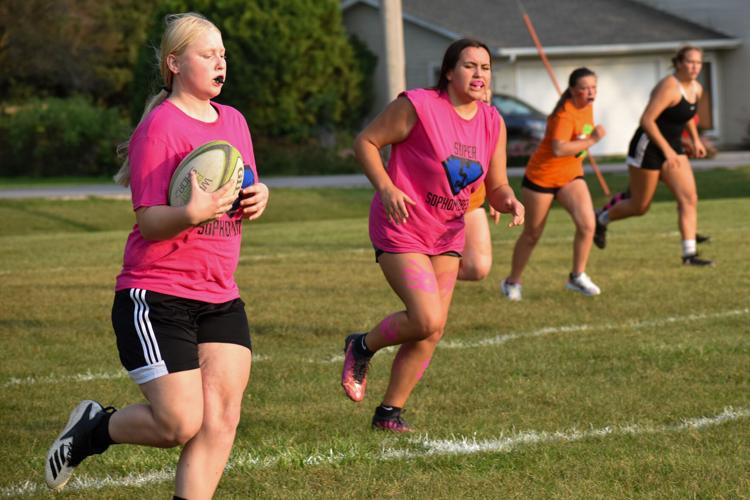 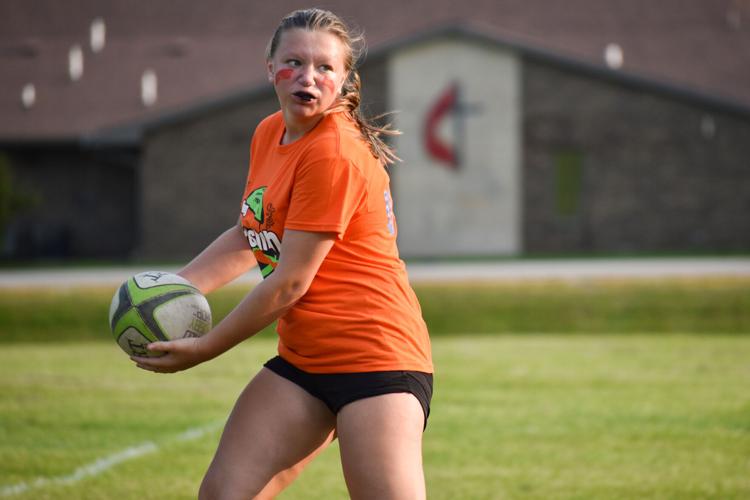 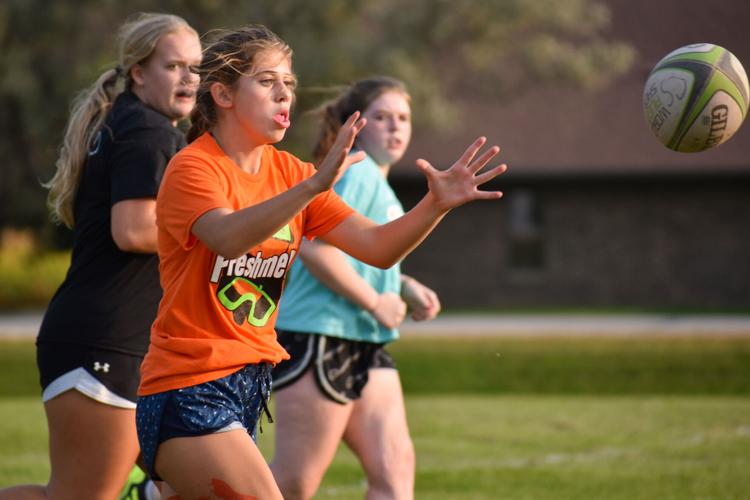 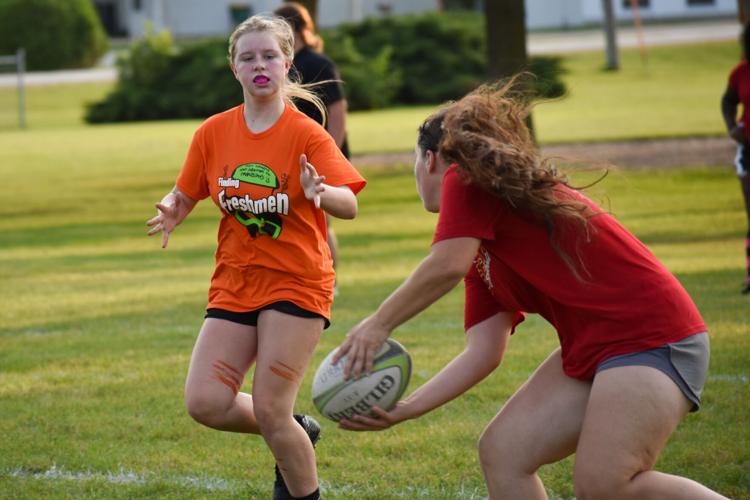 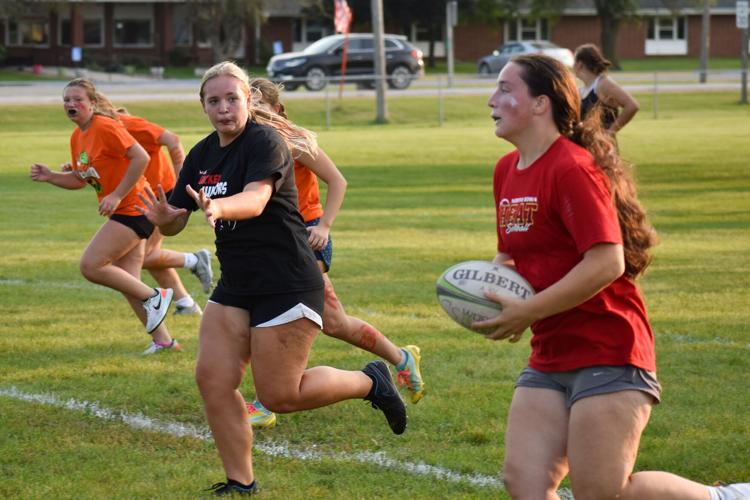 Junior Hannah True makes herself available for a pass during practice on Sept. 14. 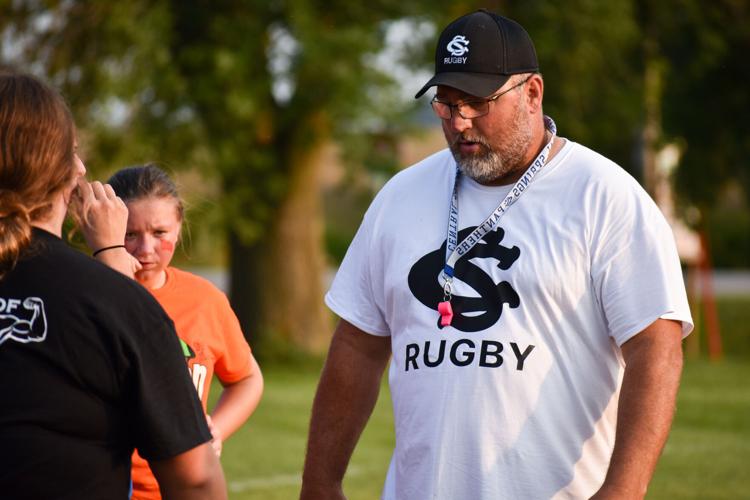