One of the first five inmates scheduled to be executed in 2020 as the federal government resumes capital punishment is former Britt resident Dustin Lee Honken.

Honken and his then-girlfriend Angela Johnson of Clear Lake shot Kandace and Amber Duncan, ages 10 and 6, their mother Lori Duncan, 31, and Greg Nicholson, 34, at Duncan's Mason City home in 1993 because Honken thought they could be potential witnesses to his multi-state drug ring.

The jury voted to impose the death penalty for the children's murders and life imprisonment for the adults' murders. Johnson's conviction, at the time, made her the first U.S. woman in 50 years to be sentenced to death by a federal jury in 50 years.

But U.S. District Judge Mark W. Bennett's ruling in 2012 vacated Johnson's death sentence in part, because, he found that Johnson's trial attorneys made four mistakes during the penalty phase of her trial that may have led the jury to reach a different sentencing recommendation.

After that decision, Brenda Stone, Charles City, sister of Terry DeGeus, who was killed by Honken, said "I don't really care if she gets the death penalty or not as long as she stays behind bars, forever...We're tired of going through it all and the expense of it."

When Honken was charged for the murders in 2001 by the U.S. Attorney's office, he was already in a federal prison in Florence, Colorado, serving a 27-year sentence for drug trafficking. Prior charges against Honken, from 1995, were dismissed because witnesses could not be located.

In 2000, officers used a map from Johnson and discovered the bodies of Nicholson and the Duncan family, buried in a single hole located in a wooded area outside Mason City (according to a court filing on Case Law). DeGeus' body was found in a field a few miles away, face down in a shallow hole.

That same filing said Honken and his best friend, Timothy Cutkomp, began manufacturing meth in Arizona in 1992. Honken supplied his methamphetamine to only two dealers, Nicholson and DeGeus. Both Nicholson and DeGeus were located in the Mason City, Iowa, area.

Law enforcement began investigating Nicholson in March 1993 and he decided to cooperate with authorities after they searched Nicholson's house. On March 21, 1993, officers arranged a recorded meeting between Nicholson and Honken at Nicholson's home in Iowa, during which the two discussed methamphetamine and Nicholson paid Honken $3,000 for past deliveries. That same day, officers arrested Honken and Cutkomp.

Attorney General William P. Barr on Thursday directed the Federal Bureau of Prisons to resume capital punishment by changing the drugs used federal death by injection, according to a press release issued by the Department of Justice. The protocol had called for a three-drug procedure, but the addendum issued by Barr's office changes it to one: pentobarbital.

According to the Associated Press, after an Oklahoma state execution failed in 2014, President Barack Obama directed the Justice Department to conduct a broad review of capital punishment and issues surrounding lethal injection drugs. In that case, a new drug combination left an Oklahoma inmate "writhing and clenching his teeth on the gurney" before eventually dying from a heart attack.

The administration of a lethal dose of pentobarbital, which is used in veterinary medicine for anaesthesia and euthanasia, can lead to airway compromise, aspiration, cardiovascular collapse, sedation, coma, respiratory or cardiac arrest and, eventually, death, according to the National Institutes of Health.

A 2014 article from Time, about the execution of Michael Lee Wilson, points out that the use of pentobarbital in executions has become increasingly common this decade after a manufacturer stopped supplying sodium thiopental to prison officials. But that same article also mentions that the manufacture of pentobarbital, at least at the time, wasn't well regulated and can cause "excruciating pain prior to death."

In 2011, Danish drugmaker Lundbeck, which manufactured pentobarbital, put a halt on allowing the drug to be sold and used in U.S. executions after scrutiny from human rights organizations such as Amnesty International.

In addition to Honken, who is scheduled for execution on January 15, 2020, four other inmates who have exhausted the federal appeals process will have executions scheduled for late 2019 and early 2020:

Sailing lessons on Clear Lake open to young and old

The halt includes the execution of Dustin Honken, who killed five in 1993, including two children. 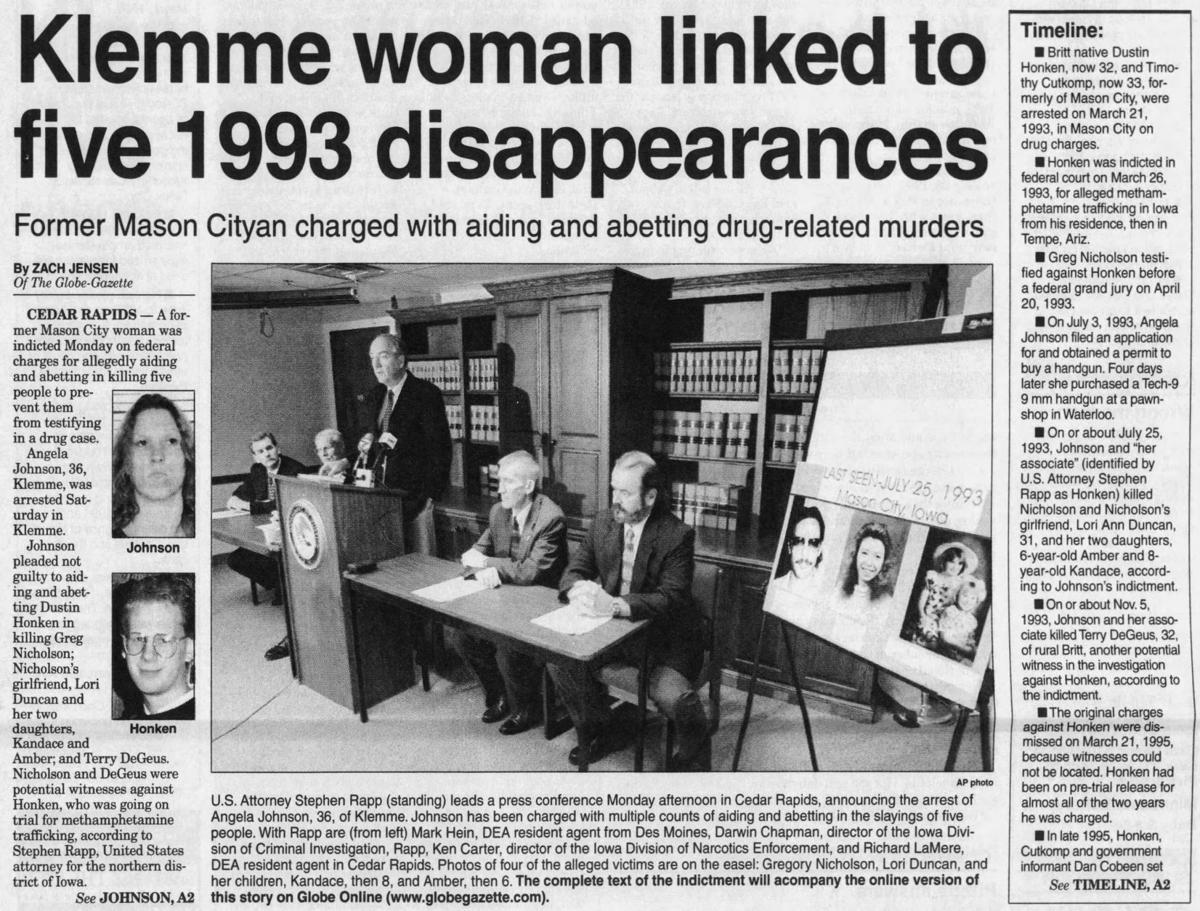 Three adults and two children were shot to death and buried in a field west of Mason City. Two people, Dustin Honken, 33, and Angela Johnson, were convicted on federal murder charges in the drug-related slayings and sentenced to death. (Mason City Globe Gazette, Tuesday, Aug. 1, 2000) 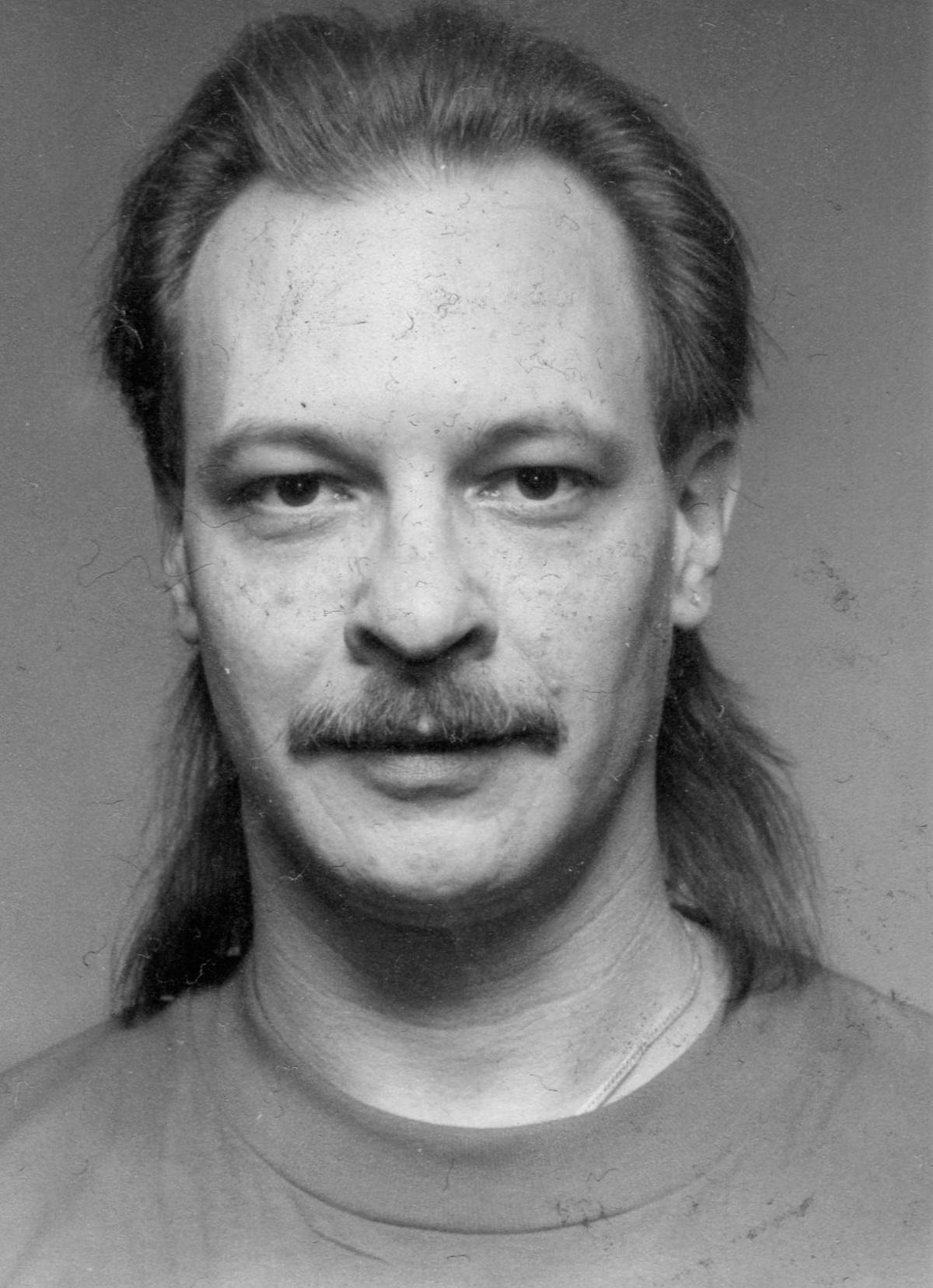 Greg Nicholson, 34, was killed in 1993 by Dustin Lee Honken along with Lori Duncan and her children: Amber and Kandace.

Their bodies were not found until 2000 and Honken was not convicted on murder charges until 2004.

Mason City resident Lori Duncan, 31, and her two daughters Kandace, 10, and Amber, six, were killed by Dustin Honken, in town, in 1993.

Honken thought they could be witnesses in an eventual trial on his multi-state drug ring that was responsible for the production and distribution of methamphetamine.

The bodies of the Duncans, along with Greg Nicholson and Terry DeGeus, were not found by authorities until years later. Honken and his then girlfriend Angela Johnson would not be sentenced to death for their murders until 2005. 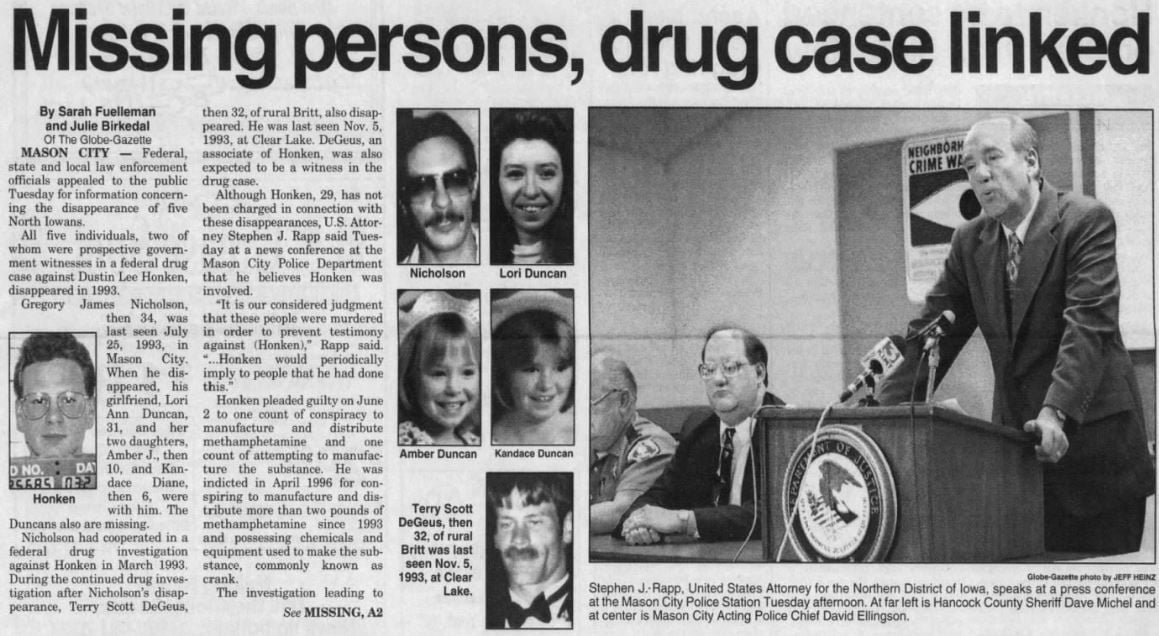 A 1997 article from the Globe Gazette reporting on the link between Dustin Honken's methamphetamine distribution case and the disappearances of Greg Nicholson and the Duncan family. 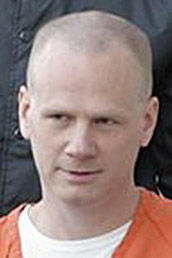