Isabelle Gibbs, a high school junior, and Brian Connick, a high school history teacher, have spent months researching and discovering the untold story of Pvt. William George Turner, a U.S. serviceman buried at the National Memorial Cemetery of the Pacific in Honolulu, Hawaii.

Turner, a 1936 Algona High School graduate, was a member of the U.S. Marine Corps when he died on Dec. 12, 1941, from injuries sustained during the Japanese attack on Pearl Harbor.

“I’m in a classroom every day with Algona High School students, and while it’s a different building and it’s a different time, he was just like them,” Connick said. “Just like my seniors today, he had all kinds of hopes and dreams and things he wanted to accomplish and I’m sure he didn’t think he’d have his life interrupted by a World War.”

Connick heard about the program through a network of teachers he’s been a part of since he participated in a similar program called Normandy: Sacrifice for Freedom Albert H. Small Student and Teacher Institute in 2012, where he and a student journeyed to Normandy, France, to honor a WWII Silent Hero who died during the Normandy Invasion.

Gibbs was selected out of at least 10 students to represent her school and apply for the program with Connick.

Gibbs and Connick are among 16 student-teacher teams from Hawaii, American Samoa and the U.S. mainland selected for the once-in-a-lifetime journey through history.

Gibbs said when she found out she and Connick had been selected as one of the student-teams, she thought it was a joke.

“I could not believe what Mr. Connick was saying. I could have sworn I was dreaming,” she said. “I was over the moon because I knew there were going to be many applicants and the chances of getting in were very slim.”

Nearly 130 teams from across the county submitted applications for the program, and a committee of staff members representing National History Day and the sponsoring partner organizations chose the final 16.

The teams participating in the 2020 Sacrifice for Freedom: World War II in the Pacific Student & Teacher Institute represent American Samoa and 15 states, including Iowa, Minnesota and Nebraska.

Gibbs, who has multiple military veterans in her family, said she applied for the program because she wanted to share the stories of service members so they’d never be forgotten.

“I believe it is extremely important to remember the sacrifices of men and women who made the ultimate sacrifice of their lives, so we can sleep peacefully and safely at night,” she said. “They fought for the American dream.”

As part of the institute, each team selected a Silent Hero who died in the Pacific Theater of Operations.

Turner, the first Algona native who died in WWII, was Gibbs and Connick’s pick.

“The main focus of the trip is to remember a fallen hero through research about all aspects of his life all the way to his heroic sacrifice,” Gibbs said.

She said during her research, she learned that Turner joined the U.S. Marine Corps on Jan. 9, 1941, and was sent to the National Air Station in San Diego, California, for basic training.

When the attack on Pearl Harbor occurred, Turner was at the Ewa Mooring Mast Field, where he and Sgt. Emil Peters found a grounded Douglas SBD Dauntless dive-bomber and started firing the machine gun at Japanese aircraft. Peters shot while Turner supplied him with ammunition supply belts, and they were responsible for taking down one, if not two, Japanese Zeroes.

“Unfortunately, this heroic act would cost Private Turner his life when he was shot in the abdomen and died days later,” Gibbs said, noting he was recommended posthumously for the Navy Cross because of his actions during the attack.

In June, the teams participating in the Sacrifice for Freedom: World War II in the Pacific Student & Teacher Institute will travel to Honolulu to learn more about their Silent Heroes and the unique role Hawaii played in World War II.

The trip was originally scheduled for the summer of 2020 but has been postponed twice due to the ongoing COVID-19 pandemic.

While there, Gibbs will deliver a graveside eulogy for Turner at the National Memorial Cemetery of the Pacific.

“It’s fascinating to think about, a high school student, she’ll be 17 when we go in 2021, honoring a student in essence from her high school that was killed in 1941, it’s really an interesting thing,” Connick said.

Gibbs said she’s most looking forward to spending the night on the USS Missouri and reading her eulogy of Turner at his place of rest.

“These will both be moving experiences that happen only once in a lifetime,” she said.

Connick said Gibbs will spend her senior year visiting various organizations and sharing about her experience with the program.

The teams’ Silent Hero profiles, including Gibbs’ on Turner, are scheduled for publication in early 2021 at www.NHDSilentHeroes.org.

Gibbs is still conducting research for the profile and eulogy, so she is asking anyone who knew Turner or his family or was a member of the Algona High School Class of 1936 to email Connick at bconnick@algona.k12.ia.us.

Budweiser - travel only when necessary

On Dec. 7, 1941, the U.S. naval base at Pearl Harbor in Honolulu was attacked by the Imperial Japanese Navy Air Service. On this day, look bac…

On Tuesday morning, the Clear Lake Fire Department had to say goodbye to one of its own. And to do so, officials flew a massive American flag …

"Forever be reminded of the ultimate sacrifice made on behalf of the American people."

Dr. Mark Mulkey has many reasons to honor veterans.

Ralph Wandrey was a hero to many of the young boys growing up in Mason City during World War II.

“Surviving Home,” a film directed, produced and edited by 1991 Mason City High School graduate Matthew Moul and his wife, Jillian, will broadcast at 7 p.m. Tuesday on WORLD Channel and stream on worldchannel.org in honor of Veterans Day.

Ken Bales is glad he didn’t become a geologist.

Trudi Hoil can’t pinpoint the moment she lost her husband of nearly 55 years.

The Charles H. MacNider Art Museum’s annual fall fundraiser is back, albeit different. 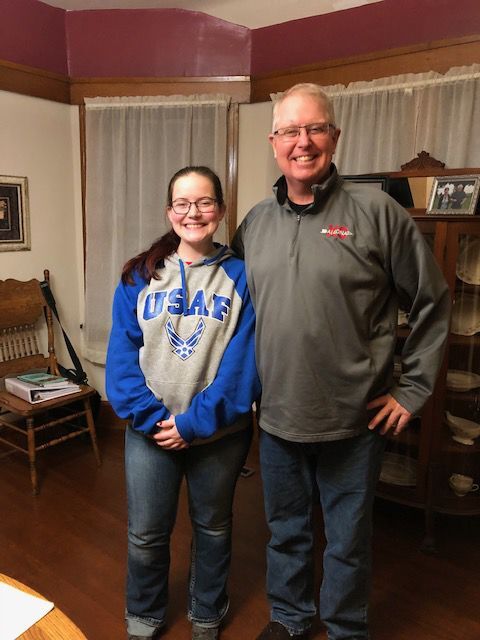 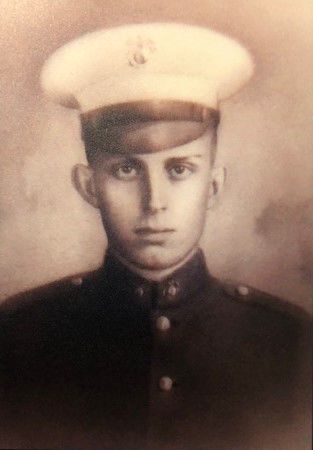 Pvt. William George Turner, of Algona, died on Dec. 12, 1941, after being injured during the Japanese attack on Pearl Harbor. He was the first Algona native to died in World War II.