Become a Member
Read Today's E-edition
Share This
From Half a Block to Half a Marathon - How I Trained for My First 13.1 Miles and the Gear I Used
0 comments
Share this 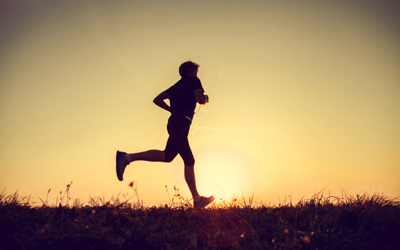 When covid-19 shut down gyms around the world, I knew that I would have to implement some creativity in order to move the gym to my house and stay socially distanced. In the first few weeks of the pandemic, I tried a lot - I used water jugs as makeshift dumbbells, tried every body weight workout I could find online, and even dug out our old elliptical from the garage. None of these workout solutions brought me the same excitement that gearing up and leaving my house for the gym did. I needed something that would get me out of the house, was some form of exercise, and would keep me active.

A little backstory about myself, I have never been a big fan of running. Throughout high school, running was usually a form of conditioning or punishment in one of the other sports I played, so I was never too fond of running for fun or as my primary sport. But when gyms shut down around the world last year and riding my bike started getting old, I thought that I would give running a second chance.

At first, my runs were pretty short and very hard. One or two miles, two or three times a week, was all that I was capable of. After a few weeks of struggling with the low number of miles that I was doing and finally finding a running plan on the internet tailored to my running abilities, I slowly but surely began building my endurance. 1 mile became 2, 2 became 3, 3 became 4, and so on and so forth.

As the miles accumulated I began to notice that my running gear was a bit lacking. My shoes were not offering the support that I needed, I would sometimes overheat in the clothes that I was running in, and on longer runs I would struggle to carry water to rehydrate and my phone to track the run itself. Luckily, I was able to deal with all of these issues by simply purchasing some better running gear.

As my running program ramped up I realized that I was going to need a real pair of running shoes, the Nike trainers that I had been running in were no longer good enough to get the job done. After several days of extensive research, I came to the conclusion that some Asics were probably the best bet. All of the reviews that I was reading claimed that Asics offered great overall support and stability whether running on the road or on a trail.  With a new and better suited pair of shoes, I felt more comfortable on my runs, eliminating the shin splints and aching knees that I had been feeling up to that point.

Along with the comfort that my new shoes provided, I also decided to purchase some lighter running wear. The weather was warming up at the time and I knew that carrying around clothes drenched in sweat was only going to slow me down and make me dread having to go for a run. Being that most of my runs were during the day, dri-fit clothes, a running hat, and a good pair of sunglasses kept me cool and comfortable as I stuck to my training regiment.

The last piece of fulfilling my transition into running was new tech and storage solutions that I did not know I needed in the first place. The first piece of running tech was a smart watch, I started off with an Apple Watch that was more than effective in tracking my distance and pace and then later on tried a Garmin watch, both were great running devices that allowed me to track how far and at what speed I was traveling. By acquiring a smart watch, I was able to leave my phone at home and track my run from my watch if needed.

I previously mentioned that as the distance of my runs increased I struggled to stay hydrated and carry my phone. So I decided to try different running belts, a running vest, and even a handheld hydration pack, all of which offered a lightweight and comfortable storage solution for running that allowed me to easily carry my phone and water as I ran. Both a smart watch and a running pack allowed me to carry what I needed for those longer distances without feeling weighed down or bothered.

I have been running as a primary form of exercise for about 8 months now. Going for an easy 1 or 2 miler is now a joy and all of the equipment I have purchased up to this point has been put to good use. I signed up for the San Diego Half Marathon this coming July, I look forward to running in this event and maybe even start training for more events to come.

We hope you enjoy the products we recommend. We may receive a commission if you purchase a product mentioned in this article.

Randall: My brother's need for speed

One hot summer day when he was 16, Joe went tapping out the driveway with his cane, tap, tap, and tapped into my stepfather’s ’49 Ford.

What’s causing my numb finger? There could be many reasons

Some people with numbness and tingling of the fifth finger also have weakness in the hand or forearm muscles.

Try these simple steps to reduce waste this holiday season

With concern about climate change growing, the holiday season is a chance to try celebrating in more planet-friendly ways. Here are some ideas.

The popularity of lab-made diamonds is growing because of the eco-conscious mindset of Millennial consumers and a subset of GenZ-ers.

Chipotle is selling a cilantro soap — and people can't get enough

Some people think cilantro is delicious. To others it tastes like soap. And now Chipotle is bringing both sides together.

Body spray recall: What the finding of a cancer-causing chemical means for you

Benzene, a known cancer-causing chemical, was found in over half of 108 batches of antiperspirant and deodorant body sprays from 30 different brands, according to a petition filed with the FDA.

Funfetti treats are simply the happiest dessert you can whip up in your kitchen.

Give a dog a bone: Here are healthy choices for your pup

Bones and toys make the best gifts for your chew-happy dog. Here are tips for choosing the best ones, plus recommendations on bone and chew toys to try.

Trend alert: Pecans are the latest and greatest meat substitute

Taco Tuesday just got an upgrade with a new meat alternative for vegetarians (and non-vegetarians!) alike.

Ask the Builder: Things you didn’t know about your toilet

Toilets are a pretty important part of your life is my guess. They may appear simple to you, but in reality, they’ re quite complex. I’ m going to try to demystify the porcelain pedestal in an effort to minimize problems you might have with one in the future.

Watch Now: Good reasons to be careful with your credit cards

Experts say avoid these foods for a healthier mind

Experts say avoid these foods for a healthier mind 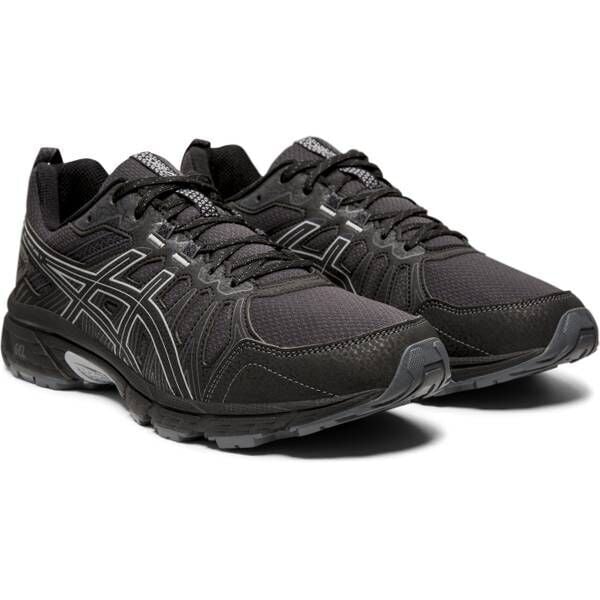 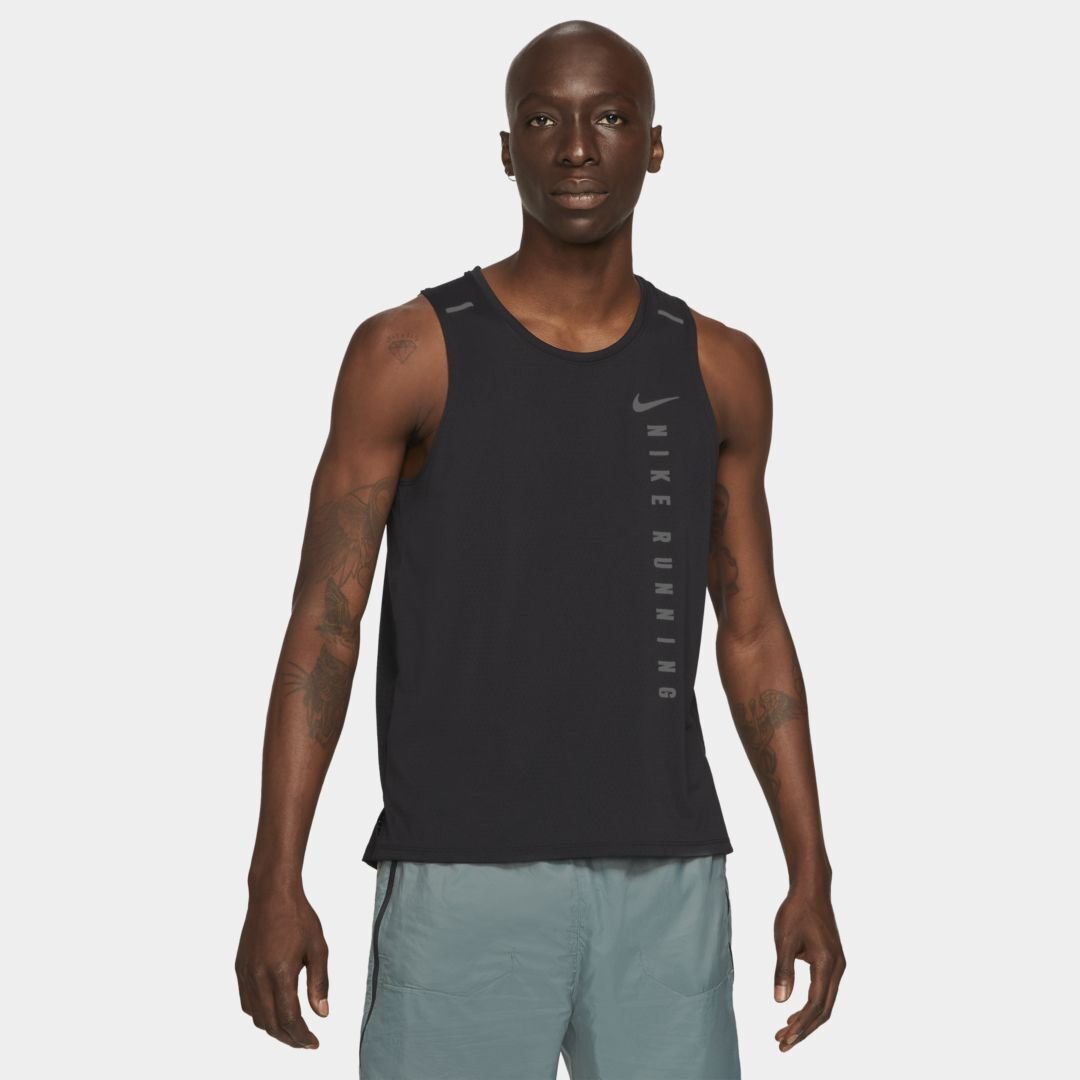 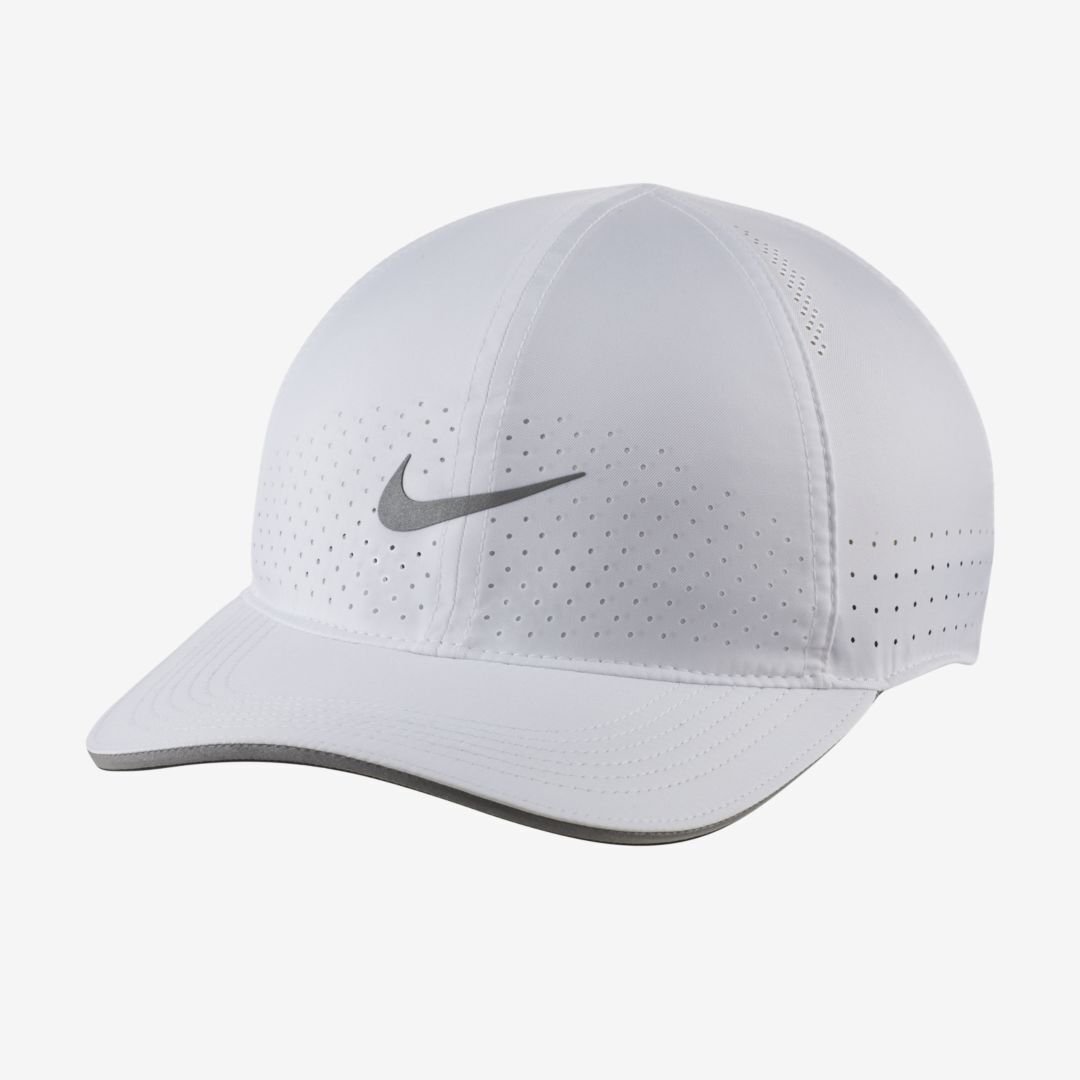 Sun And Sweat Don't Stand A Chance With This Hat 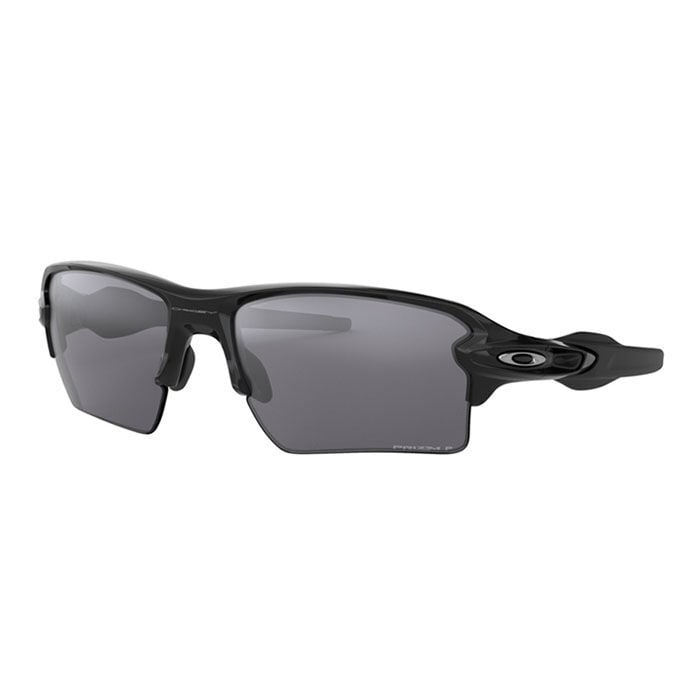 Own A Pair Of Oakley Sunglasses Today 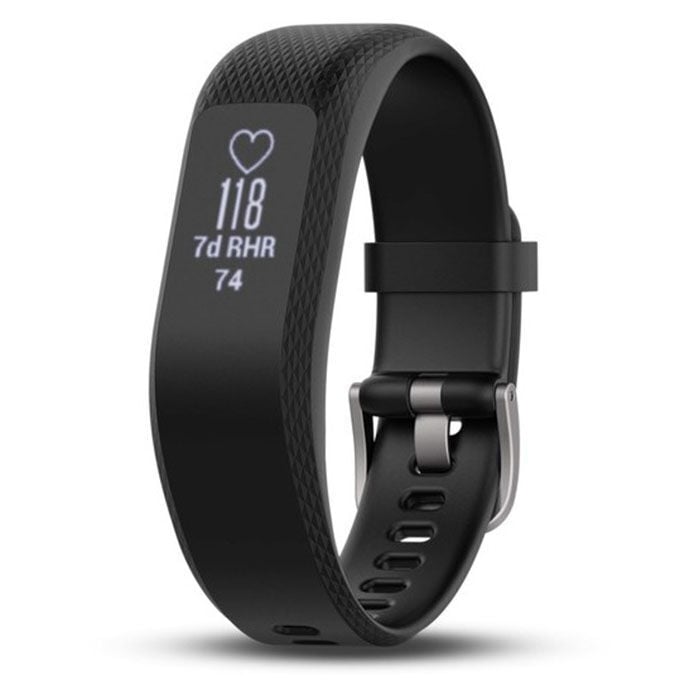 Get Tracking With Your Garmin Today 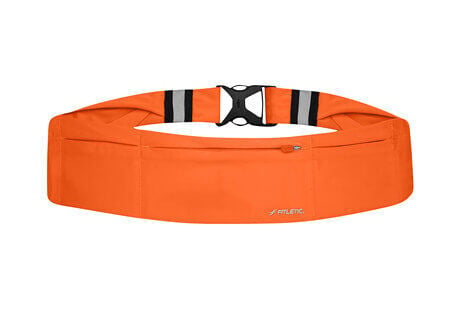 Get Your Fitletic Storage Belt Here 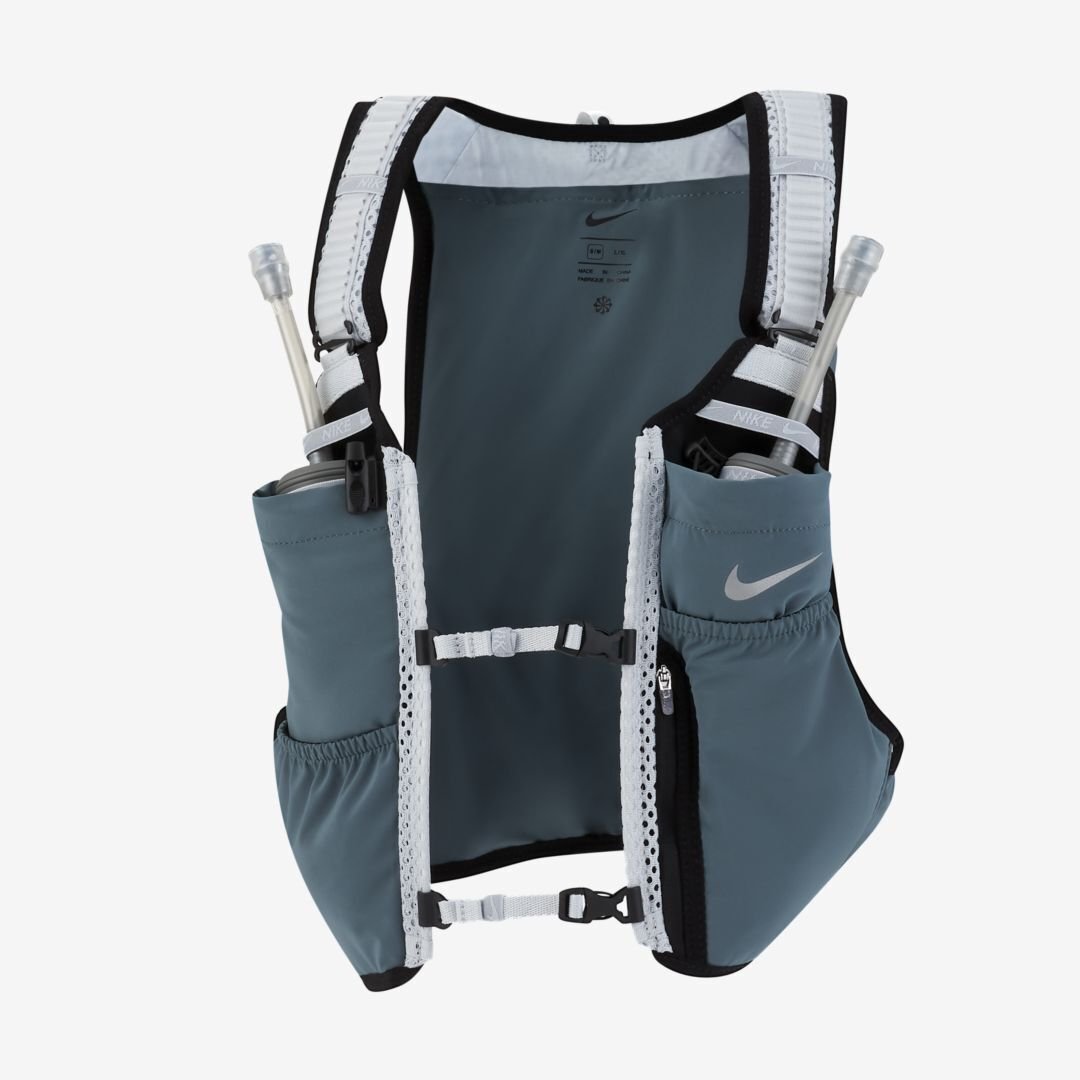 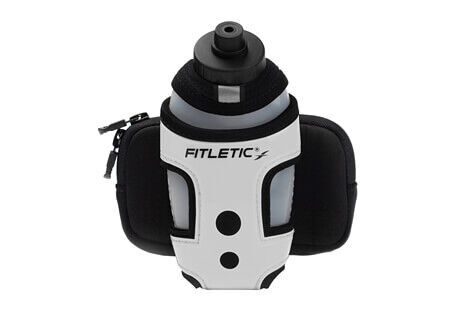 Get Your Hydra Palm Handheld Here