Earlier this month, Mike and Jamie Reicherts were dealt a bit of a blow by the Charles City Council when its five members had a 3-2 split vote against approving a plan the couple from Greene had to put four mules on property near the northern edge of town.

For years now, the couple has used mules for their ongoing cowboy Christian ministry work which is a part of the broader "Cowboys for Christ" movement that's taken them to at least six states. The plan for the property at 1903 Cleveland Ave. in Charles City was to house those mules there on about 10 acres of land that would be fenced in.

However, Mike didn't speak about the decision as a major impediment but rather a slight setback. "Being touched by God encourages you to continue on," he's fond of saying.

Mike said that it took a little while after he got saved, or "touched by God," before the cowboy ministry fell into place for himself and Jamie. But when they locked into it, it became the biggest and most important part of their lives.

The way it works is that Jamie and Mike will ride into a state park on their mules (because Jamie is terribly allergic to horses) and pass out fliers for a non-denominational Sunday service that Mike speaks at and Jamie plays guitar during. Mike said that sometimes that means hoofing it as much as 10 miles in a day to reach every campsite at a park.

"There are a lot of campsites you’ll walk into and invite them and they’ll say no thank you. Others will want you to get out as quick as possible, they’re not always nice, but that’s not for me to decide," Mike said. "I’ve never had problems with park rangers and if I see one I invite them to the service."

In one instance, Mike said that a park ranger at Yellow River State Forest told him that he wished the Reicherts family would come back every weekend to visit.

"He said the people who are Godly people are much kinder, much nicer and keep their camp clean," Mike said.

'People are relearning to be church': Pandemic ushers in new era of engagement

Cowboys for Christ as an organization was founded in 1970, according to its website, to "reach out to the livestock industry worldwide" and is based out of Fort Worth, Texas. They actually ordain cowboy and cowgirl chaplains and put out a 16-page publication called the "Christian Ranchman" that contains letters, testimonials and articles from folks all around the country.

On their kitchen table at their home outside of Greene, Jamie and Mike have the latest edition of the publication, as well as flipbooks they hand out before Sunday services. A sign above a doorframe in the kitchen says, "This day the Lord made." In the living room, Jamie has mounted a puzzle that shows Jesus about to hop up on a white horse.

To Jamie, the toughest part of the work is that sometimes they'll pass out all sorts of fliers and no one will be able to show up. "That's probably the hardest. And financially it's out of our pocket. Otherwise, it's fun. We love to camp. We love to ride," Jamie said.

The mules themselves actually aren't such a pain. Mike said that he actually trained one to "answer" questions.

"We use it for kids to close out vacation Bible schools. The kids would ask us questions and I would cue it to shake its head yes or no," Mike said. Jamie pointed out that mules are a bit better for riding where they do for their ministry work because they're more sure-footed than horses sometimes are.

As for the greatest joys in the work, neither Jamie nor Mike could identify just one thing. "All of it. When someone needs prayer and we pray with them, that's fun, too," Jamie said. "Being there with people, talking with them, praying for them," Mike said.

According to Jamie, she and Mike try to go out at least twice a month to ride and witness. She said that every year they actually go to southern Illinois for a mule ride that one year had about 800 mules in attendance.

"We did the cowboy church there two different Sundays," Mike said.

When he's not going to major mule gatherings, riding or witnessing, Mike works as a self-employed contractor. Or "jack-of-all-trades, master of none," as he called it. He said that he enjoys the work and is thankful that it affords him the chance to continue the ministry efforts he and Jamie are engaged in.

It's work they don't plan on stopping any time soon.

"I enjoy what I do so I just keep doing it," Mike said.

Four players for Charles City were selected to the top team amongst its Northeast Iowa Conference coaches earlier this week.

The Floyd County Board of Commissioners went O-for-2 on Tuesday.

The most recent deployment of Gossamer and his handler, a Mason City native, was to the condo collapse in Surfside, Florida.

How to prepare your home for cooler weather

How to change careers smartly with these easy steps

How to change careers smartly with these easy steps 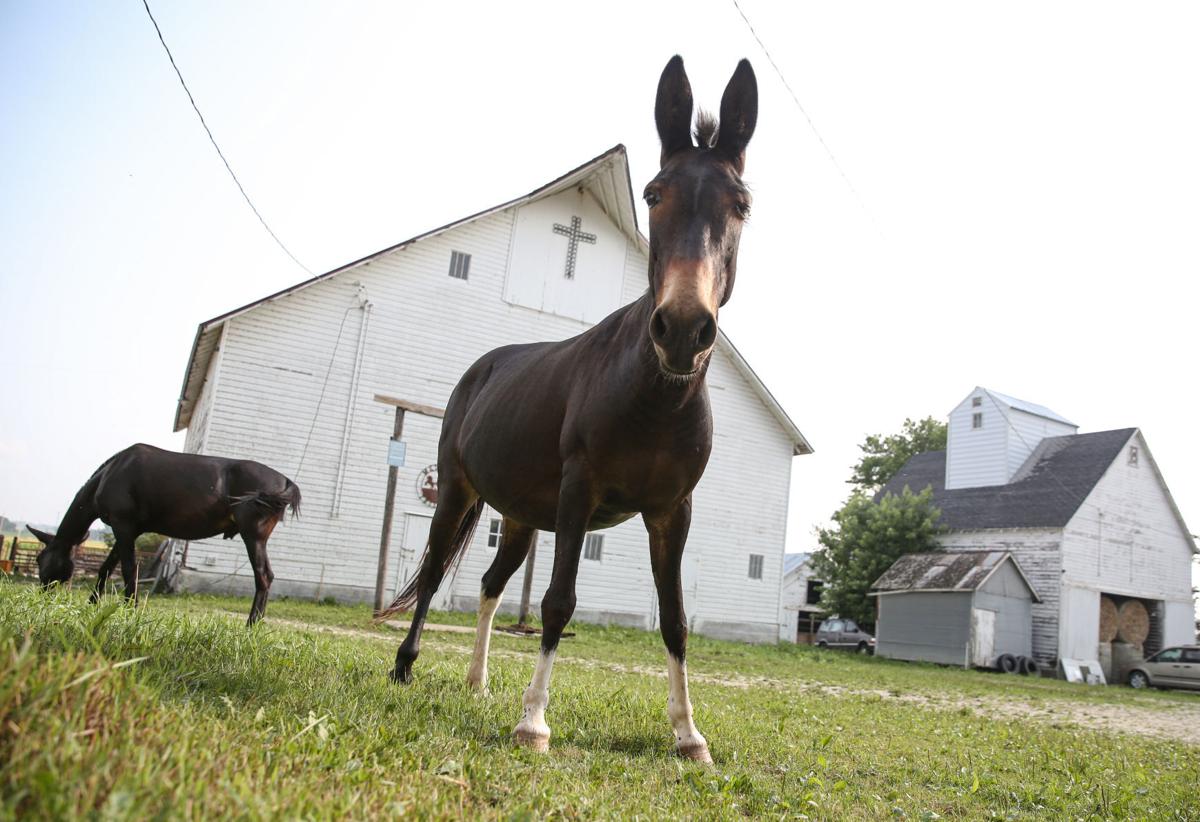 Mike and Jamie Reicherts' mule Sarah stands in front of the barn at the Reichertses' farm in rural Greene on Thursday. 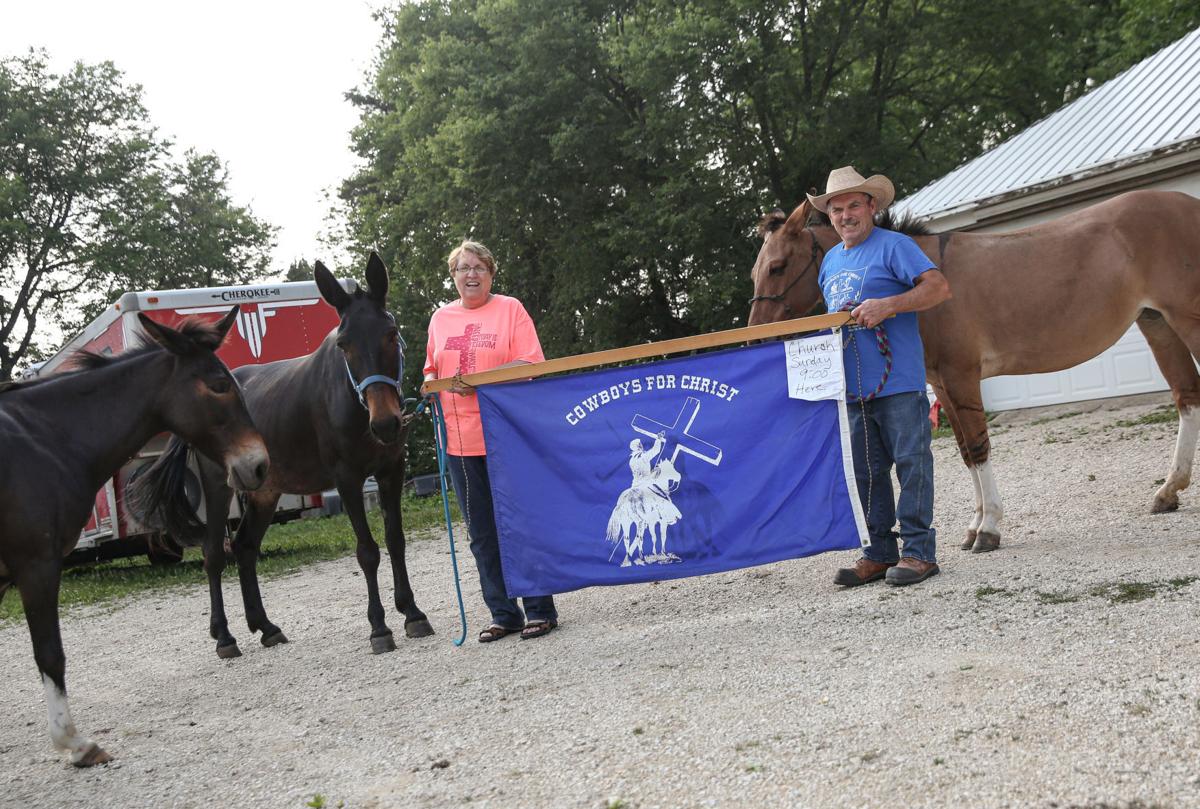 Jamie and Mike Reicherts display their church banner alongside mules (from left) Sarah, Abe, and Faith, while pony mule Kit (not pictured) was off eating grass. 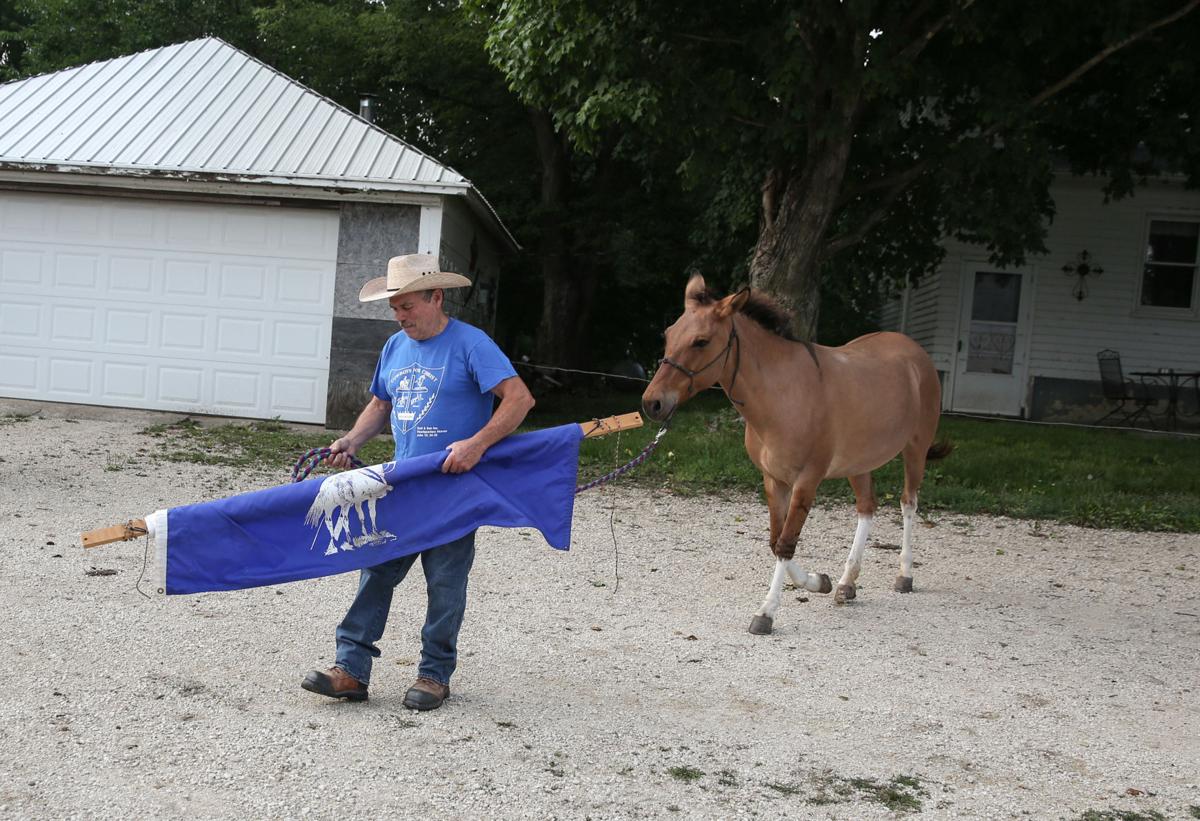 The Reichertses' mule Faith follows Mike around the yard of their farm in rural Green on Thursday.